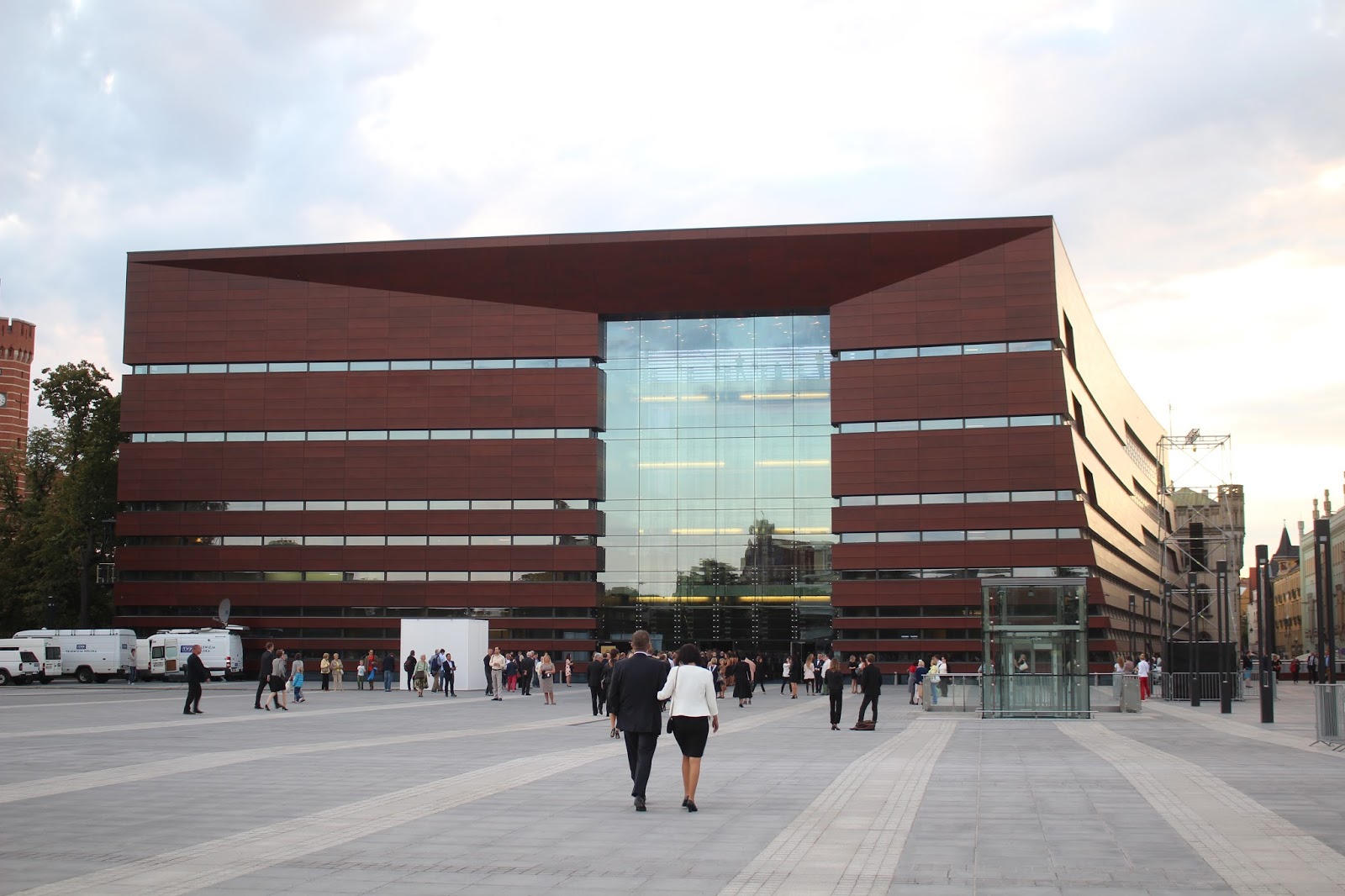 It was an immense honour to perform in the opening concert of the new National Forum of Music (Narodowe Forum Muzyki) in Wrocław, Poland. The NFM is an incredible facility and a stunning addition to Wrocław's architectural skyline and musical culture. It will play a valuable role during Wrocław's 'European Capital of Culture' status in 2016. 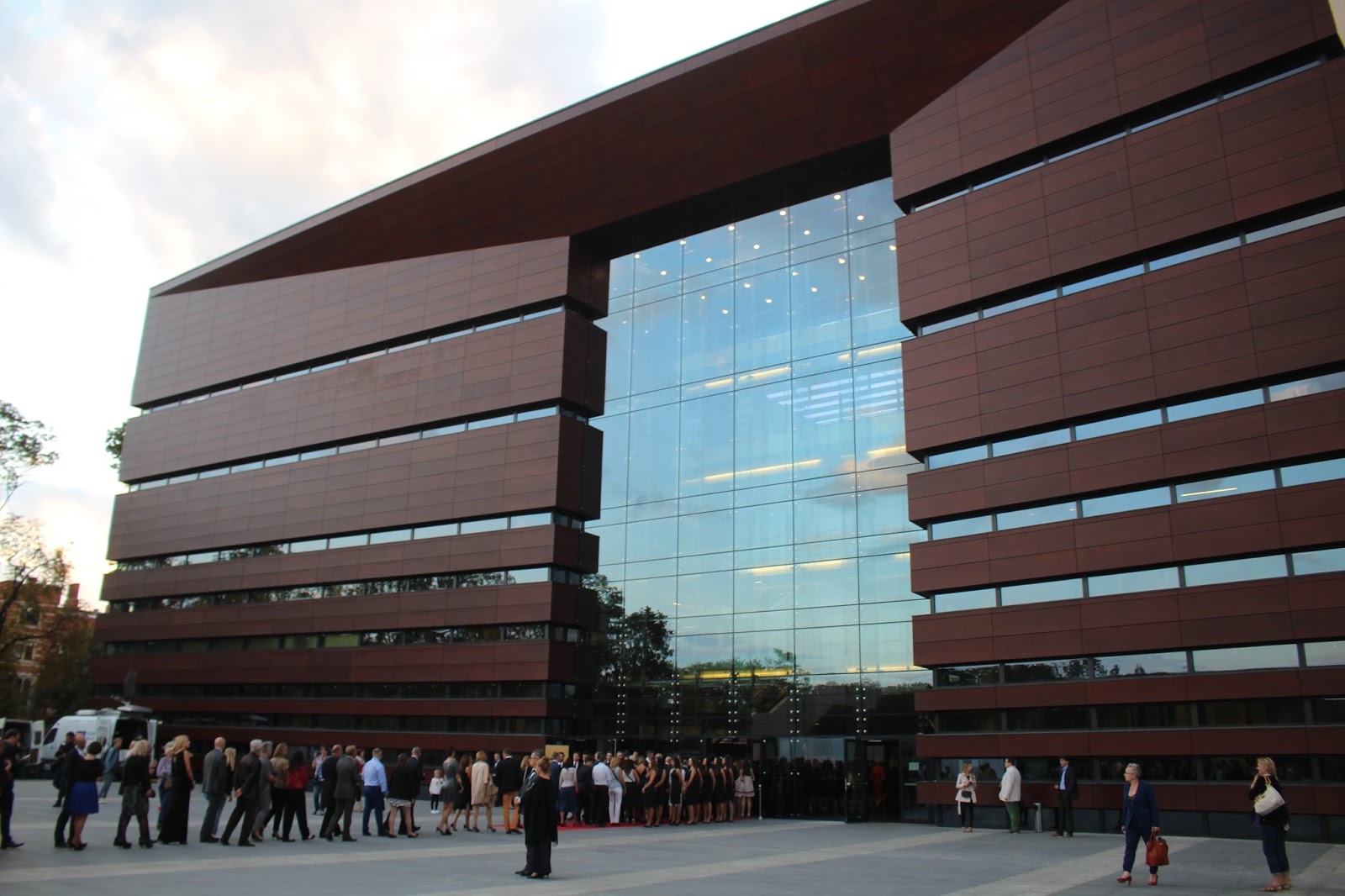 The musicians of the Wrocław Baroque Orchestra and the Wrocław Philharmonic Orchestra gave the inaugural concert in the main hall - one of many in the new NFM building. This opening concert was held on Friday the 4th of September 2015, and broadcast live on Polish Radio. 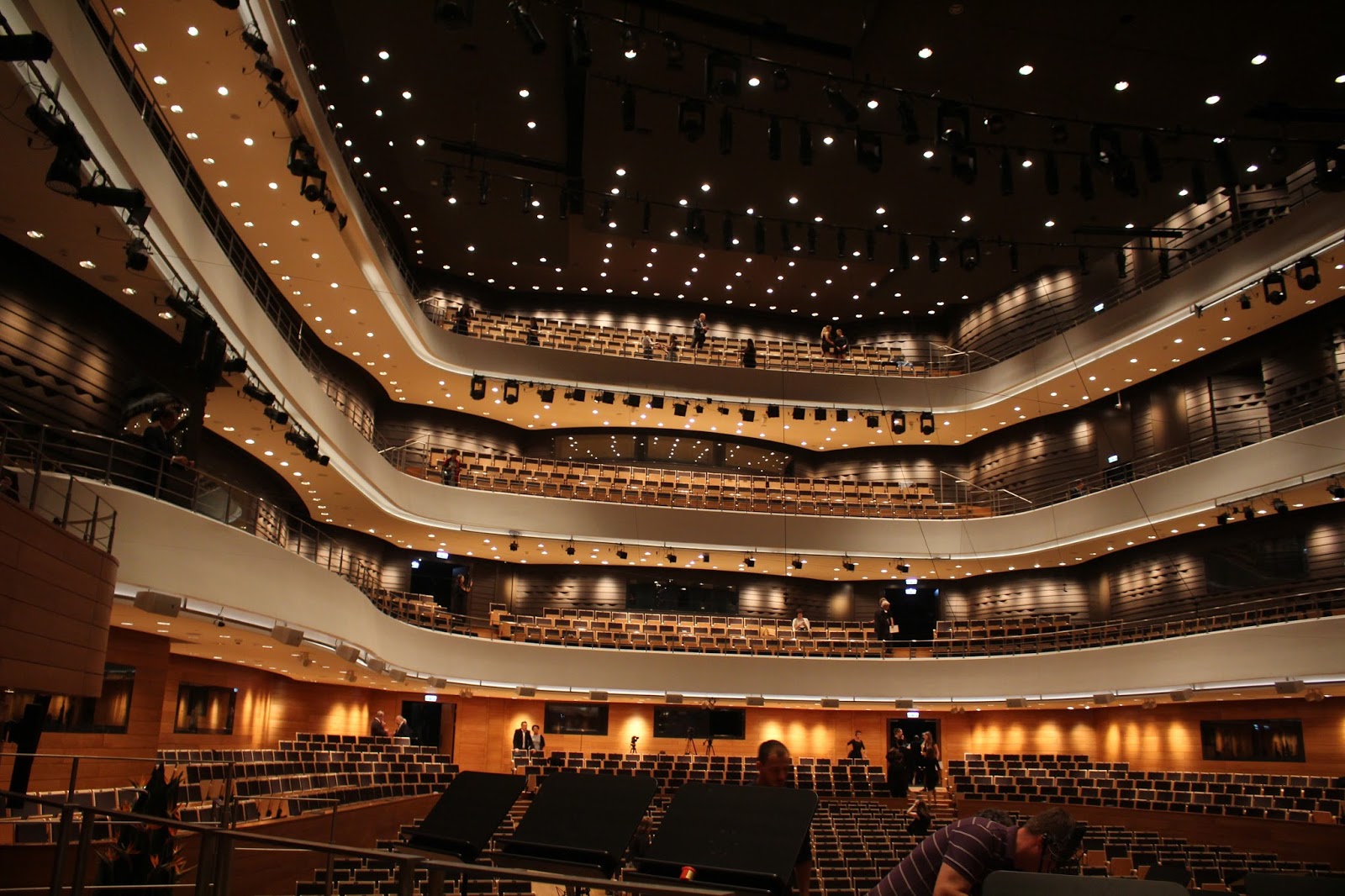 The first musical item began in total darkness. The first piece was an excerpt from (the B A C H Fuge) from Bach's Art of Fugue (Kunst der Fuge) played by the Wrocław Baroque Orchestra and directed by Jarek Thiel. The piece was arranged so that a string consort and wind consort would play from one of the offstage acoustic chambers to give a distant and ethereal quality to the opening. The next group that entered was a viol-style consort with harpsichord. They were situated at the top of the choir stalls. The main orchestra joined in for the third section of the piece. I was playing the soprano part on the Cornetto in 490Hz (as the transposition from 415Hz had been in a Cornetto-unfriendly key on the 465Hz and 440Hz instruments). Players from the orchestra dropped out, one at a time, we heard the B A C H theme one last time from the Bass Trombone and then we were left with just a few instruments playing the fading (unfinished) ending, presumably incomplete due to Bach's death. During the applause after the performance, the technical crew opened the automatic sliding doors to the specially-designed acoustic chambers, high up in the auditorium, revealing vibrant red light inside and highlighting an important feature of the main hall - the ability to change the acoustic from 1 second to 16 seconds of ambient reverb! It is remarkable. 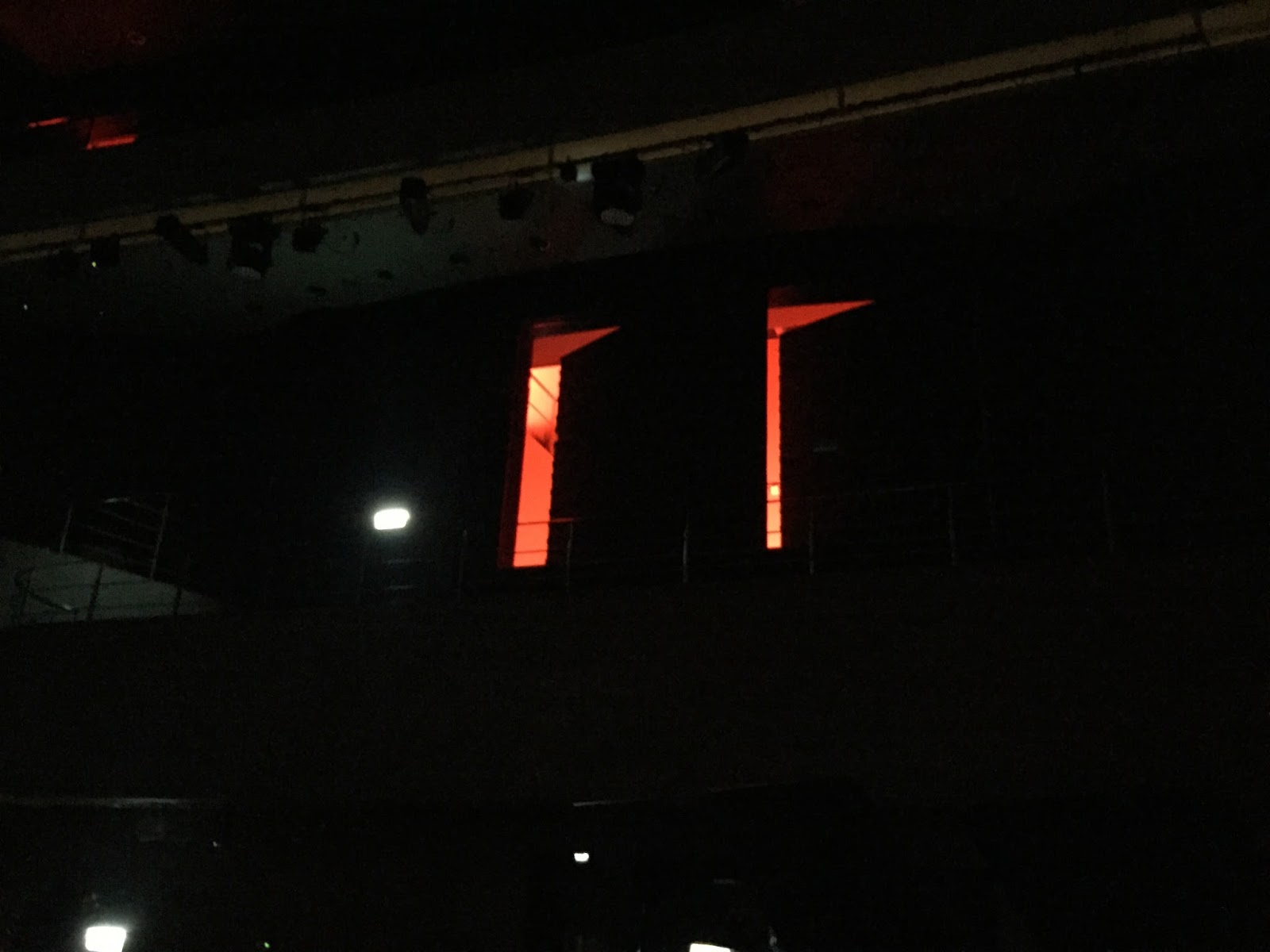 There followed a choral rendition of the Polish National Anthem sung by the Wrocław Philharmonic Choir (directed by Agnieszka Franków-Żelazny) before speeches from senior Government officials, including the Polish Minister of Culture and National Heritage (Małgorzata Omilanowska) - one of many specially invited dignitaries in attendance. She revealed that Poland has recently re-introduced music to schools as a curriculum subject, and as she said, she was not necessarily planning to fill the country with professional orchestras but she was hoping to fill the country with music lovers so that the orchestras have an audience. It was a very pleasing speech, of which Poland should be very proud!

I changed instruments, from Cornetto to Natural Trumpet, to join an antiphonal choir of trumpeters (three on each side). We played two fanfares which segued into Haydn's Te Deum - with the complete forces of the Wrocław Baroque Orchestra (now all back on stage) and the Philharmonic Choir - directed by a special guest conductor from Great Britain, Paul McCreesh. He conducted the ensemble in concert (and in rehearsals) with assurity, ease and he gave excellent musical guidance. I was impressed with his involved knowledge of all of the instruments in front of him. He really got a triumphant sound from the choir and orchestra and it set a high standard for the first concert in the NFM.

The second half of the concert was filled with music from contemporary Polish composers, played by the Wrocław Philharmonic Orchestra and there was a reception in the Red Hall, Black Hall and downstairs foyer afterwards. 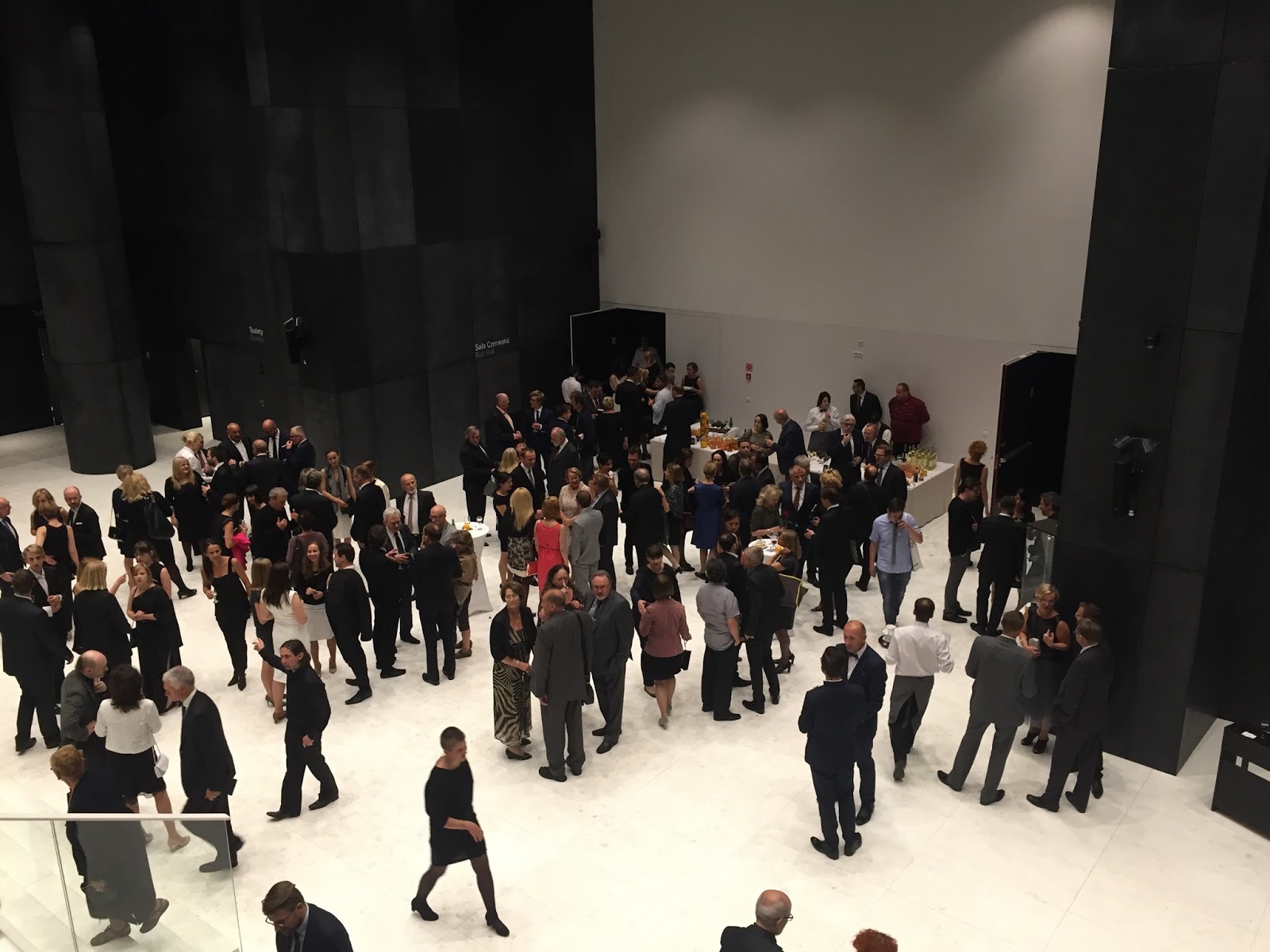 The following day was the open day for the NFM. We rehearsed in the Red Hall and Television cameras were present to document the events of the day. Guided tours were given and there was a free performance given by the Wrocław Baroque Orchestra in the main hall. We performed highlights from Händel's Water Music and Fireworks Music. The concert was a lot of fun for the audience and it allowed the open day audience to get a taste for attending future concerts in the NFM in Wrocław. 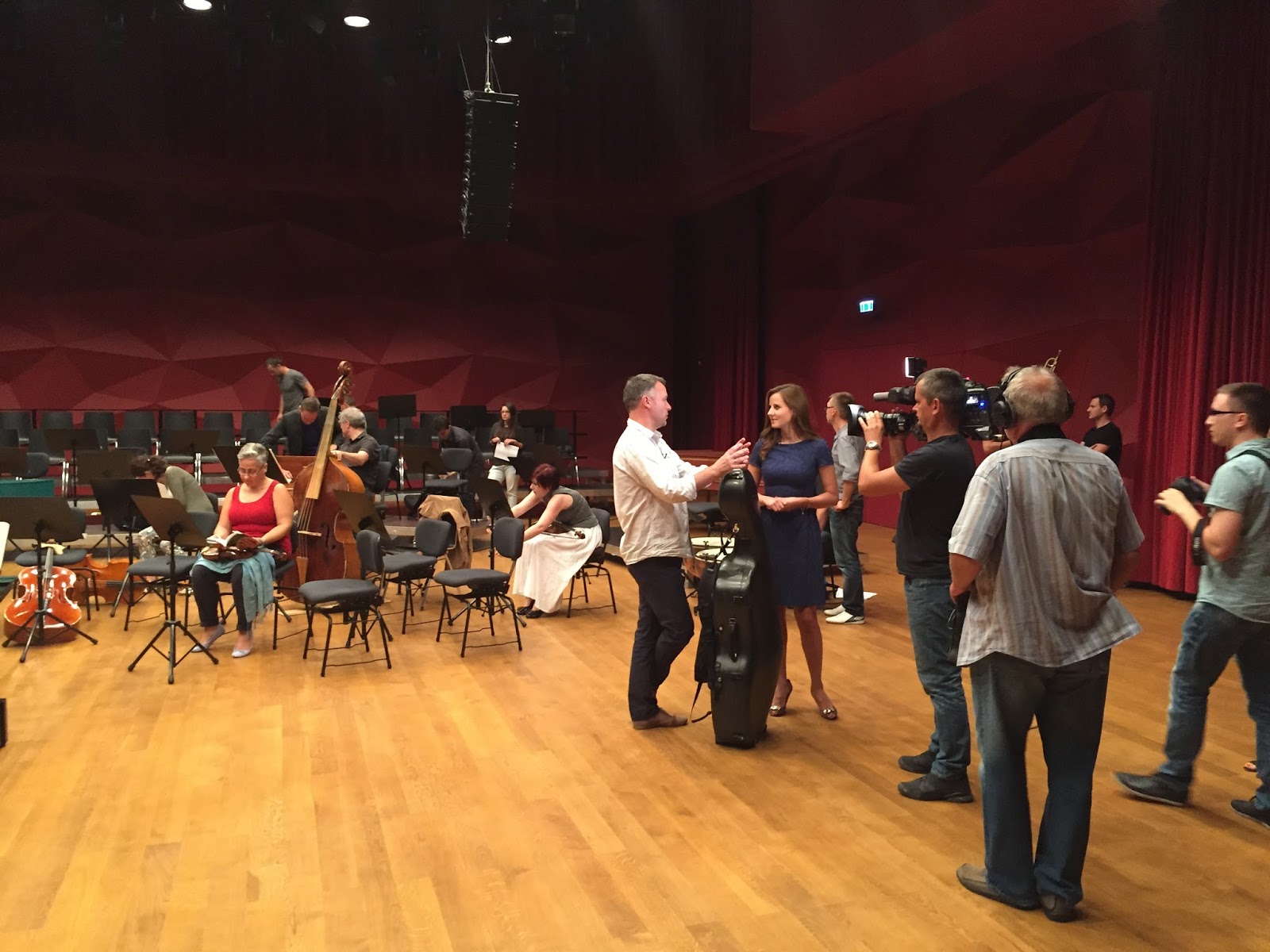 Congratulations to all involved in the planning and construction of the NFM and particularly to Andrzej Kosendiak - who has been one of the inspiring visionaries behind this ambitious and highly successful project.
Bach, Broadcast, Concert, Cornetto, Handel, Music, Natural Trumpet, Poland, Radio Broadcast, Wrocław Baroque Orchestra
Russell Gilmour