Saturday, 12 Mar 2016, 22:00
I left home very early on Saturday morning to be able to spend the morning in York before rehearsing and performing there. I had arranged to meet my friend from the Isle of Man (Matthew) and we both arrived in York at 0930. We had a good breakfast before visiting the National Railway Museum and we had a brief wander around York before my rehearsal. With the recent media coverage of the completion and re-steaming of 'Flying Scotsman', we wanted to see what would be in the NRM Workshop next. 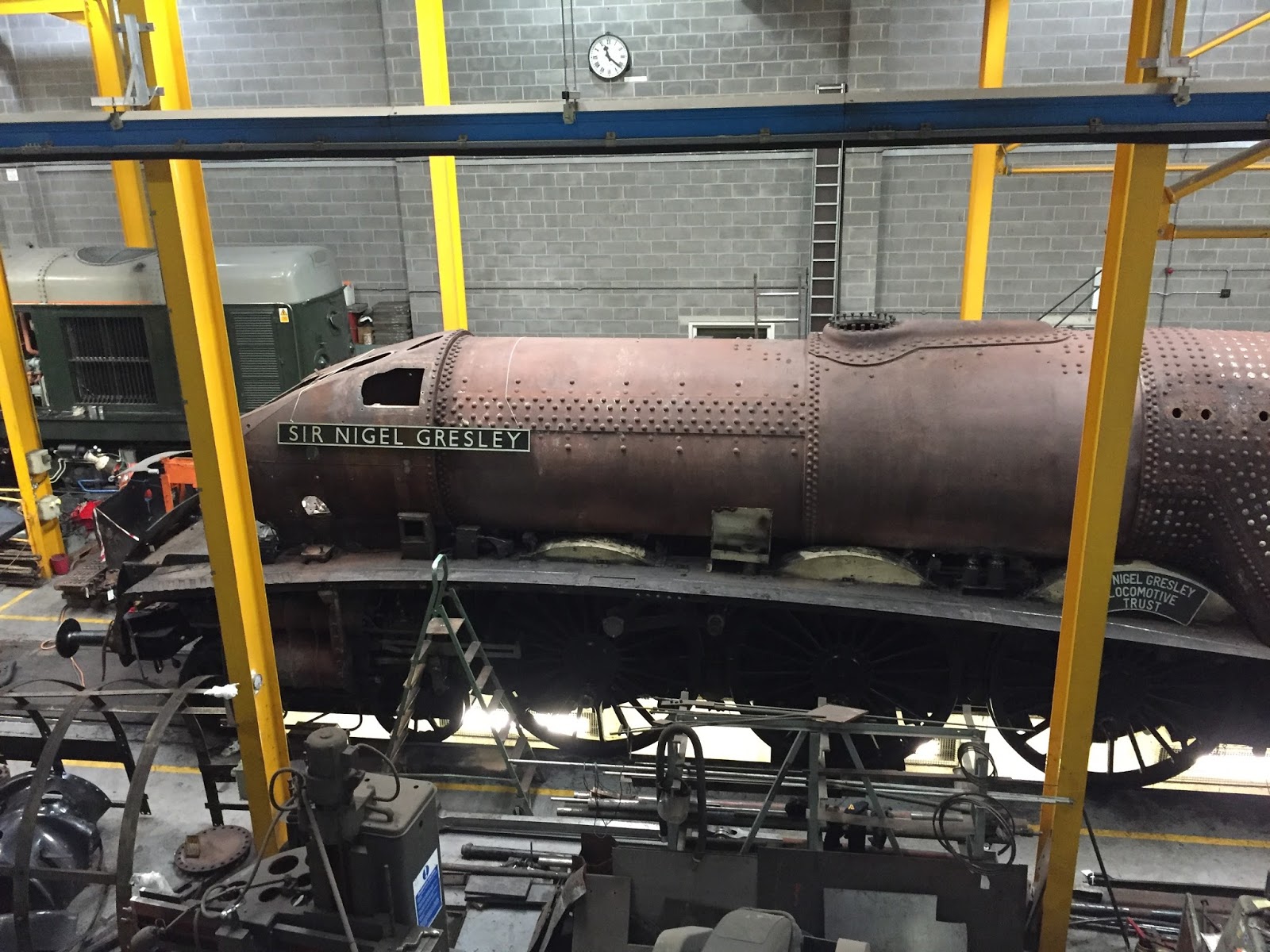 The trumpets (Crispian Steele-Perkins, Russell Gilmour, George Parnaby with Rosie Toll on timpani) rehearsed all the trumpet numbers at 2pm with the choir and orchestra - rehearsing in the concert venue St. Michael le Belfrey, next to the Minster. It is always fun to play with Crispian and George - both are real characters and have a few stories to tell from long and illustrious careers. After the rehearsal we were invited to have dinner on Bootham Terrace, at Yvonne and Peter's house. As ever their hospitality was excellent.

The concert programme consisted of Bach's Ascension Oratorio (BWV 11) - giving the concert a lively opening. After this short piece, the orchestra played Bach's Mass in G minor (BWV 232) before the interval. Bach's Easter Oratorio (BWV 249) finished the concert. The Yorkshire Bach Choir sang well throughout and the soloists, who stood forward from the choir for arias and duets, all did a very good job. I particularly enjoyed listening to the joyous movement IX: Saget, saget mir geschwinde - which was sung brilliantly by Jess Main and Tony Robson played the obbligato oboe part with great skill.

The concert was really enjoyable and it was very well attended - attendees included the former principal trumpet player of the BBC Symphony orchestra as well. During the applause the director, Peter Seymour, acknowledged various soloists and instrumentalists and he also thoughtfully gave Bach's score a bow - a lovely touch, captured in this photograph (from Twitter). 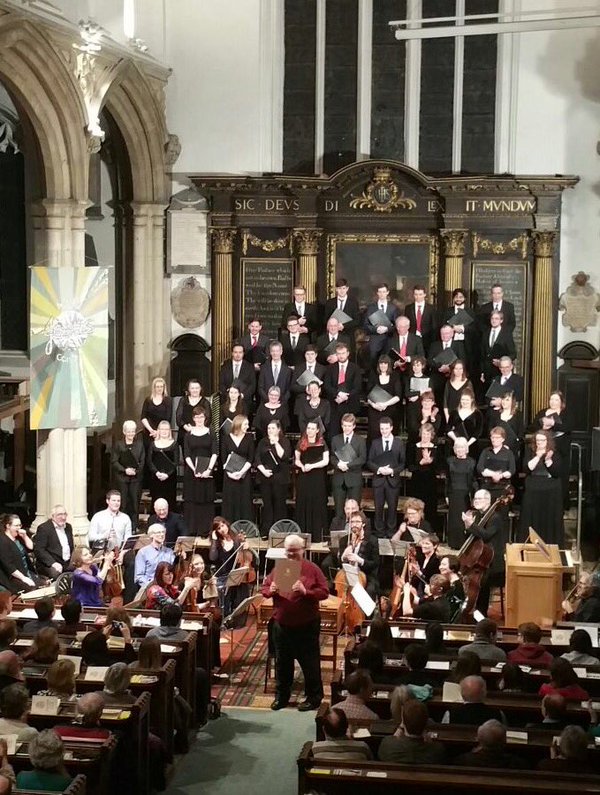 Thanks to all who came to a wonderful concert of #Bach @TheBelfrey with @YBS_Seymour pic.twitter.com/9Ra9FWELG8
— Yorkshire Bach Choir (@YorksBachChoir) March 13, 2016

Many members of the choir and orchestra returned to Bootham Terrace afterwards for a fantastic reception. I stayed with friends of the orchestra, just a few streets away. 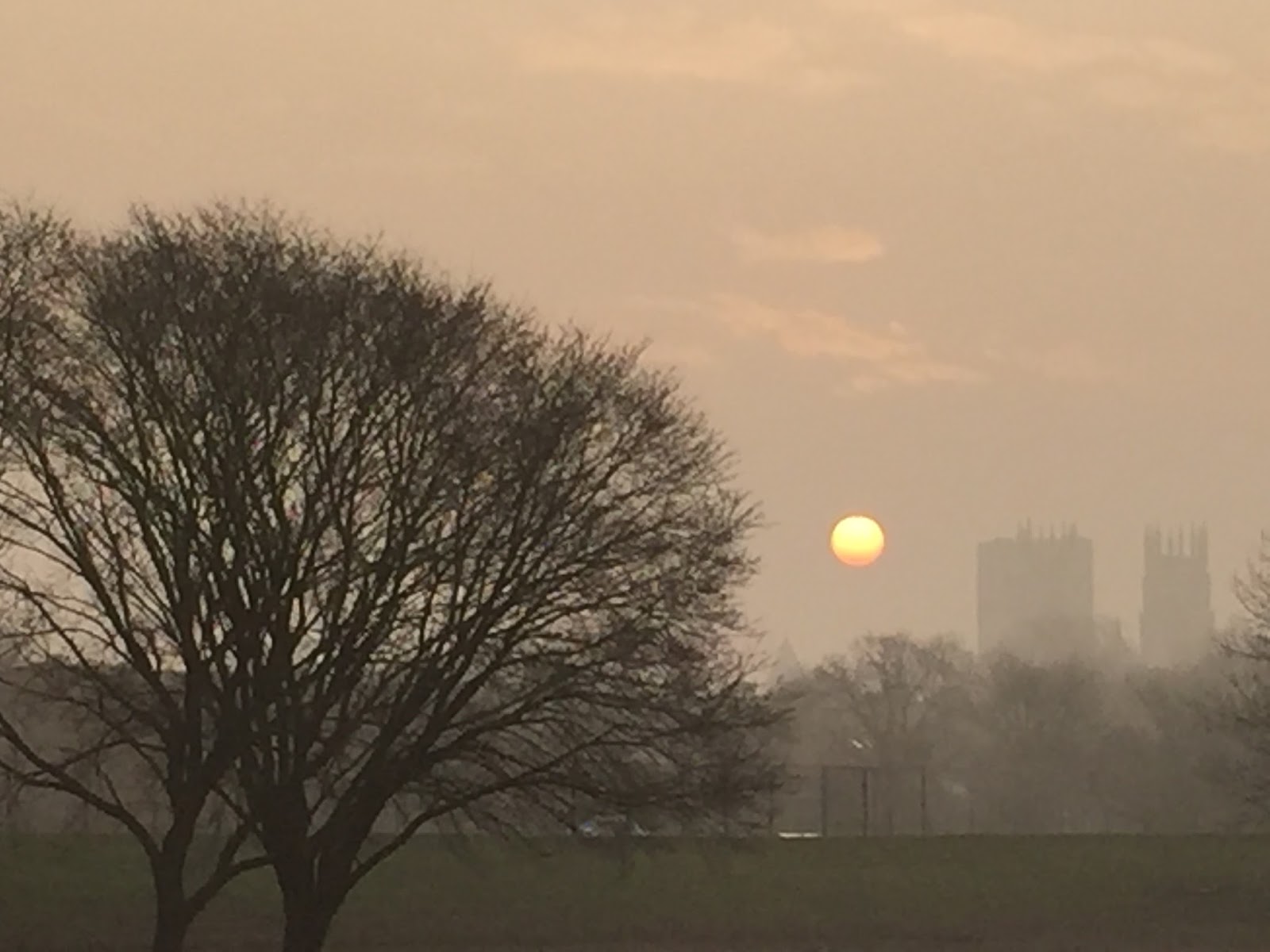 I left early the following morning and witnessed sunrise from the banks of the River Ouse, with the sun rising behind the towers of York Minster.  I've said it before and I'll say it again: I love York. It is a place that I always find very difficult to leave.
Bach, Baroque, Concert, Natural Trumpet, The Section, Travel, York
Russell Gilmour