Friday, 13 Jun 2014, 07:36
May through to June has been an exciting time. I had the great pleasure of playing in the Thüringia Bach Festival in Weimar in May and then toured with the Göttingen Händel Festival through May and June. 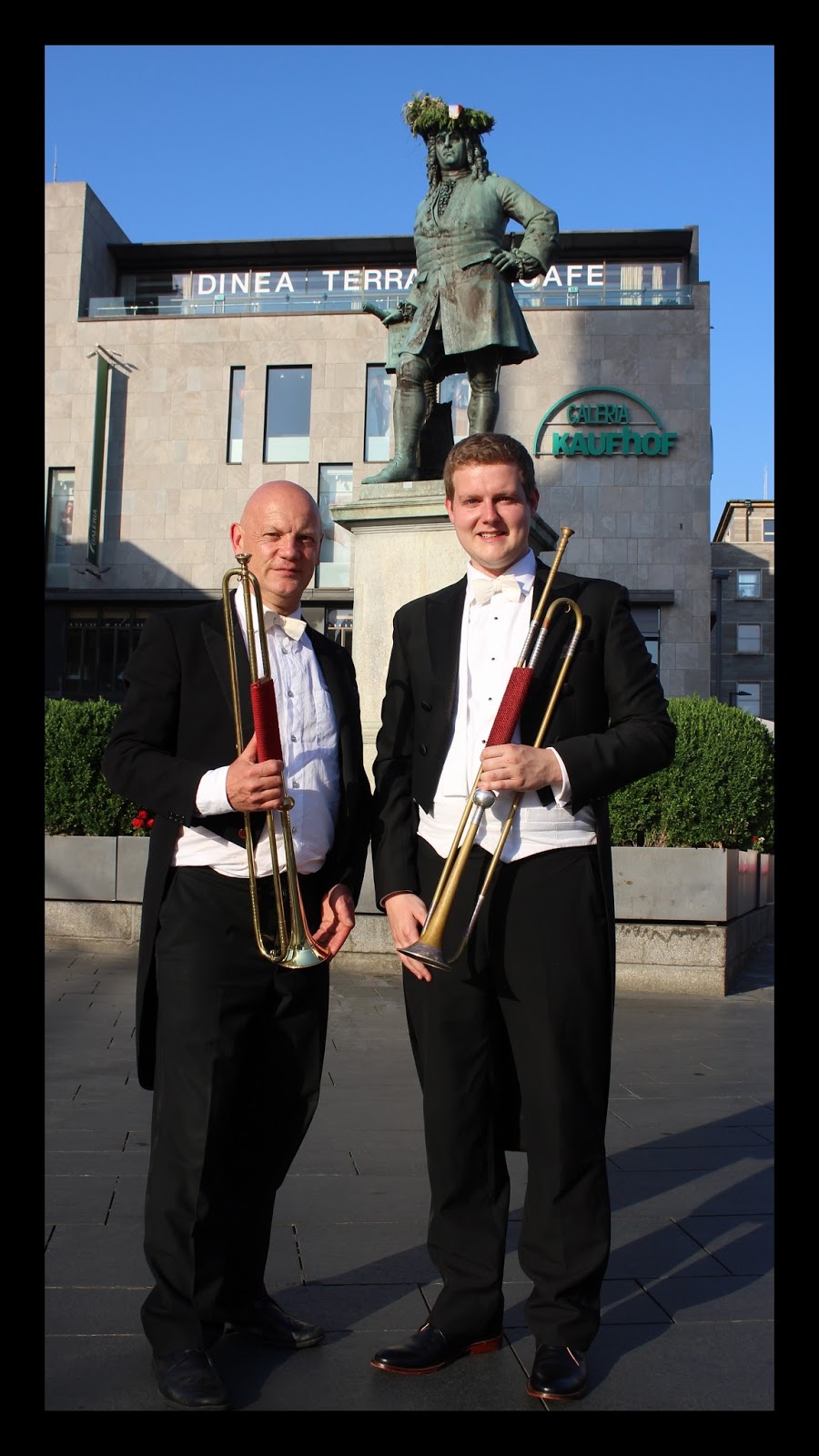 I have been amazed by the Festspiel Orchester Göttingen (known colloquially as FOG). The quality of the music-making has been incredible. I was impressed with the string section in particular, as the repertoire gave them a chance to show their unbelievable and unanimous dexterity. The brass, wind and continuo are also truly excellent and the orchestra really does contain a hand-picked selection of the best period instrument players in the world. 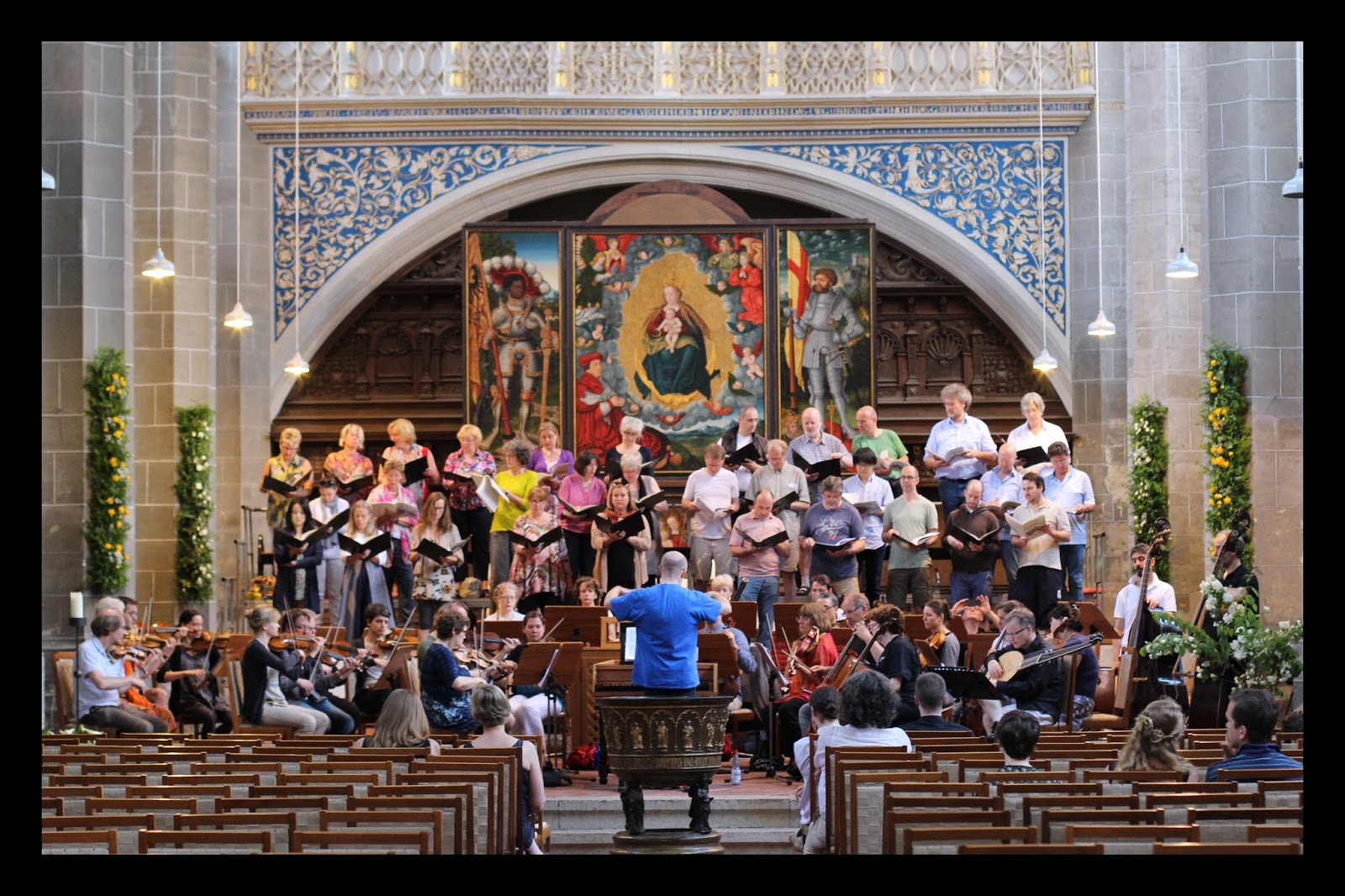 Music aside, the next most impressive thing about FOG is the exceptional community spirit. The hotel's communal kitchen becomes the venue for relaxation each night, with players taking it in turns to cook, bake, play folk music, make cocktails and so on. The multinational nature of the orchestra influences the food that people cook and it is so refreshing to eat homemade food whilst on tour. Sure, restaurant food can be fantastic, but a whole festival of such rich, luxurious and often expensive food soon loses its appeal. Therefore the FOG kitchen is a great asset to this social orchestra and it provides a great focal point for the group while we are 'at the ranch'.
That said, the festival is not confined to just playing in Göttingen. We gave guest performances in Hamburg and London (Joshua, Oratorio Concert), and also in Halle (Coronation Anthems, Gala Concert).
One of the highlights for me was performing the Coronation Anthems in the church where Händel was baptised, in Halle. It was a big acoustic, actually reminiscent of Westminster Abbey, though probably about 5 seconds shorter. The audience demanded an encore, so we played Zadok the Priest once again, even more expressively! It was such a memorable moment. It was also very special to be playing underneath the organ on which Händel learnt to play. 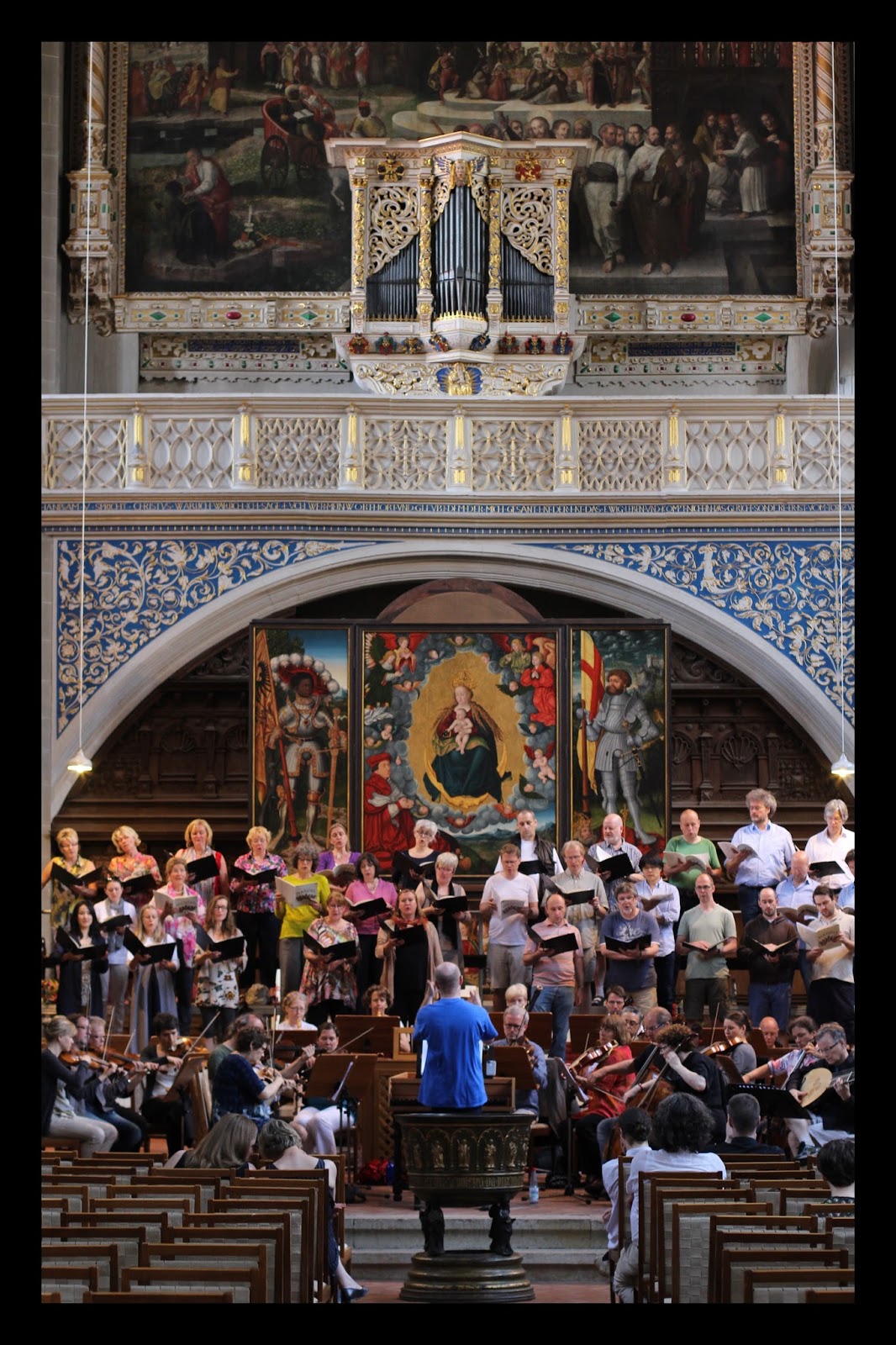 There is a little anecdote to tell from the Halle performance... Shortly before the concert, one of the players had realised that he did not have his white shirt with him to wear with his tails. A scenario I often fear myself! All shops were closed as it was the second of two bank holidays for Pentecost, when almost everywhere was closed in Germany. Our quick-thinking colleague went into a pizzeria (for dinner) and he explained his predicament to the waiter. He noticed the waiter was wearing a white shirt and he asked if he could borrow a white shirt from him. A little bit of an odd request for a pizzeria, you might think. The manager didn't have a spare white shirt there, but his brother did have one that he was willing to lend out. Our colleague asked about how to return the shirt after the concert and the owner's brother asked him to post it back to an address in... Göttingen, pretty much nextdoor to the hotel where we were returning after the concert anyway!
There are such amazing and interesting people in FOG and they somehow manage to fit in a staggering array of activities around their formal musical ones. I joked that each of these should be a FOG 'society'. There was FOG Badminton, FOG Basketball, FOG Running, FOG Photography, FOG Birdwatching, FOG Scrabble, FOG Table Tennis, FOG Curry Club, and more besides. Never a dull moment! 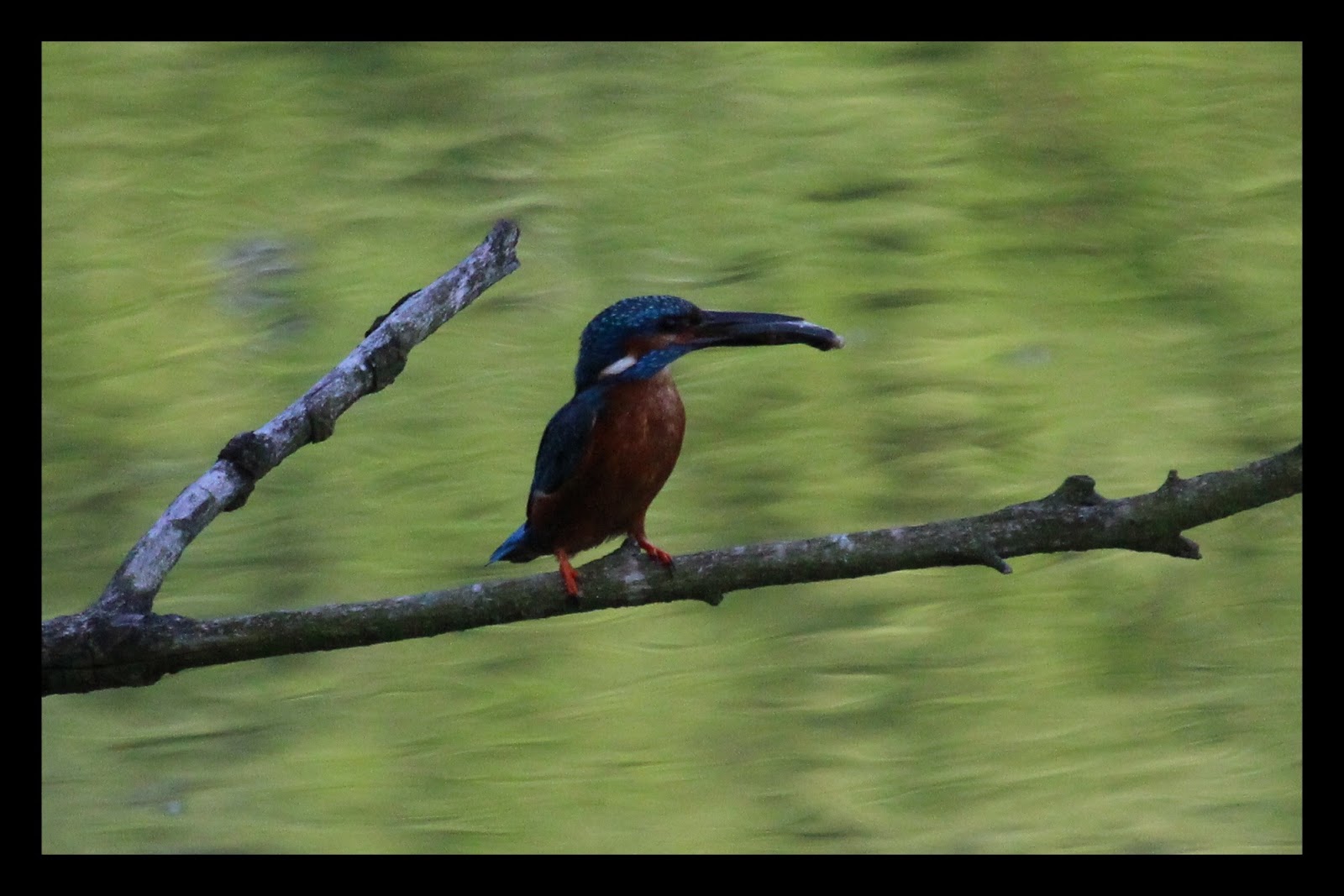 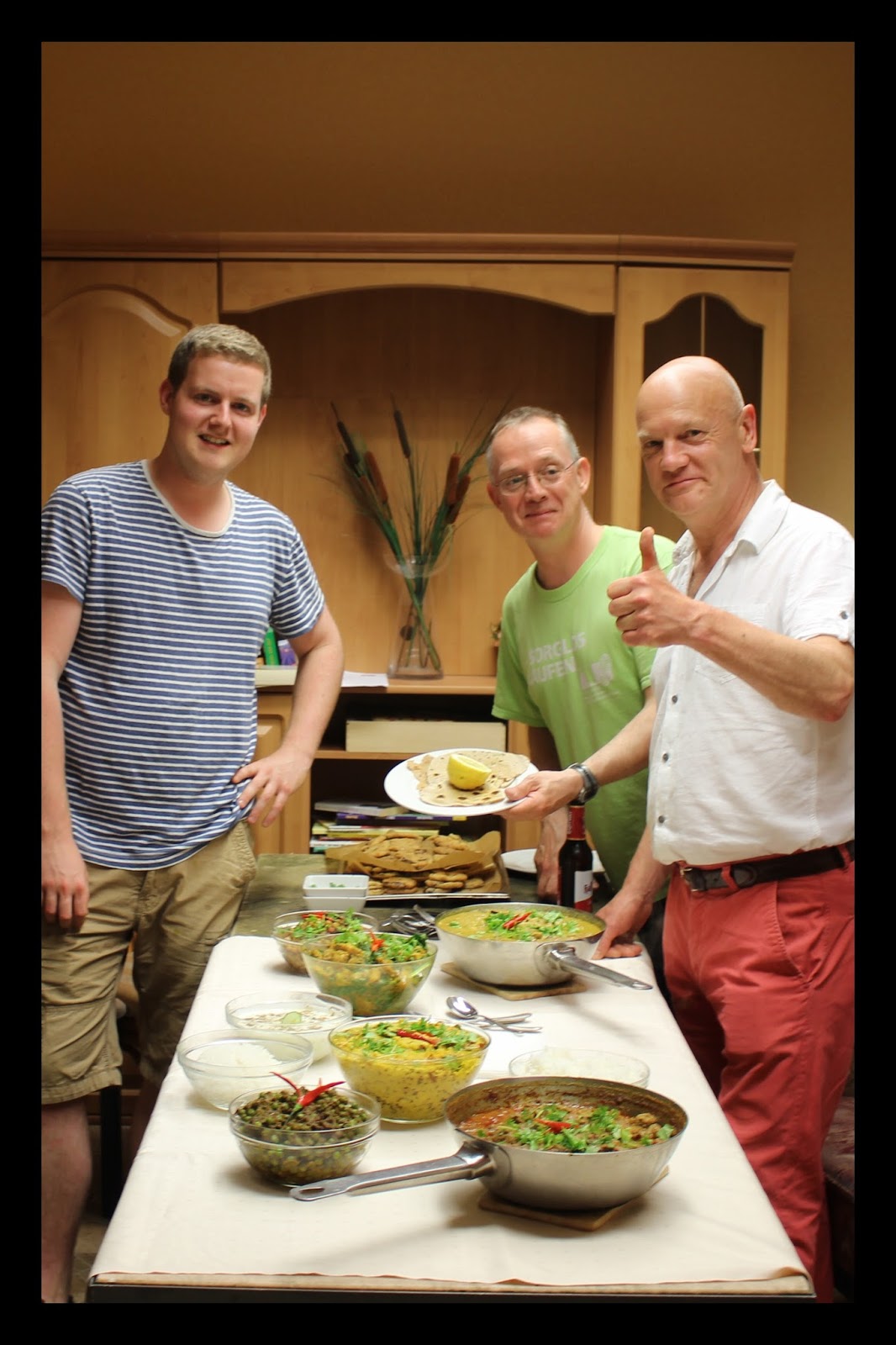 It has been a fantastic trip, with really memorable music making and it has been a lot of fun too! I met such wonderful people and I am so thankful to the orchestra and management for making me feel so welcome and so at home in Göttingen.