Sunday, 15 Nov 2020, 13:00
Last year I had the honour of playing the Last Post at St. Martin-in-the-Fields in London. One year on, I spent the 11th hour of the 11th day of the 11th month listening to the silence on the radio on route to Birmingham Airport. The airport maintained a similar silence on account of travel restrictions; just a few passengers presented for the Frankfurt flight. As I waited to board I thought about the Last Post I played two years ago in Kuala Lumpur on the now almost unimaginable Toyota Classics Tour. The world seems a totally different place now.

In addition to my passport and boarding pass, I now had a negative Covid-19 PCR test certificate, a Registration on Entry Form for the Robert Koch Institute, and a printed copy of the contract with me in case I needed to prove I was visiting for work. I ascended the steps (built into the plane’s door - haven’t seen that for a while) and thought how lucky I was to be even out of the house, let alone preparing to work as a musician while a strict second-wave lockdown was in force over much of Europe. 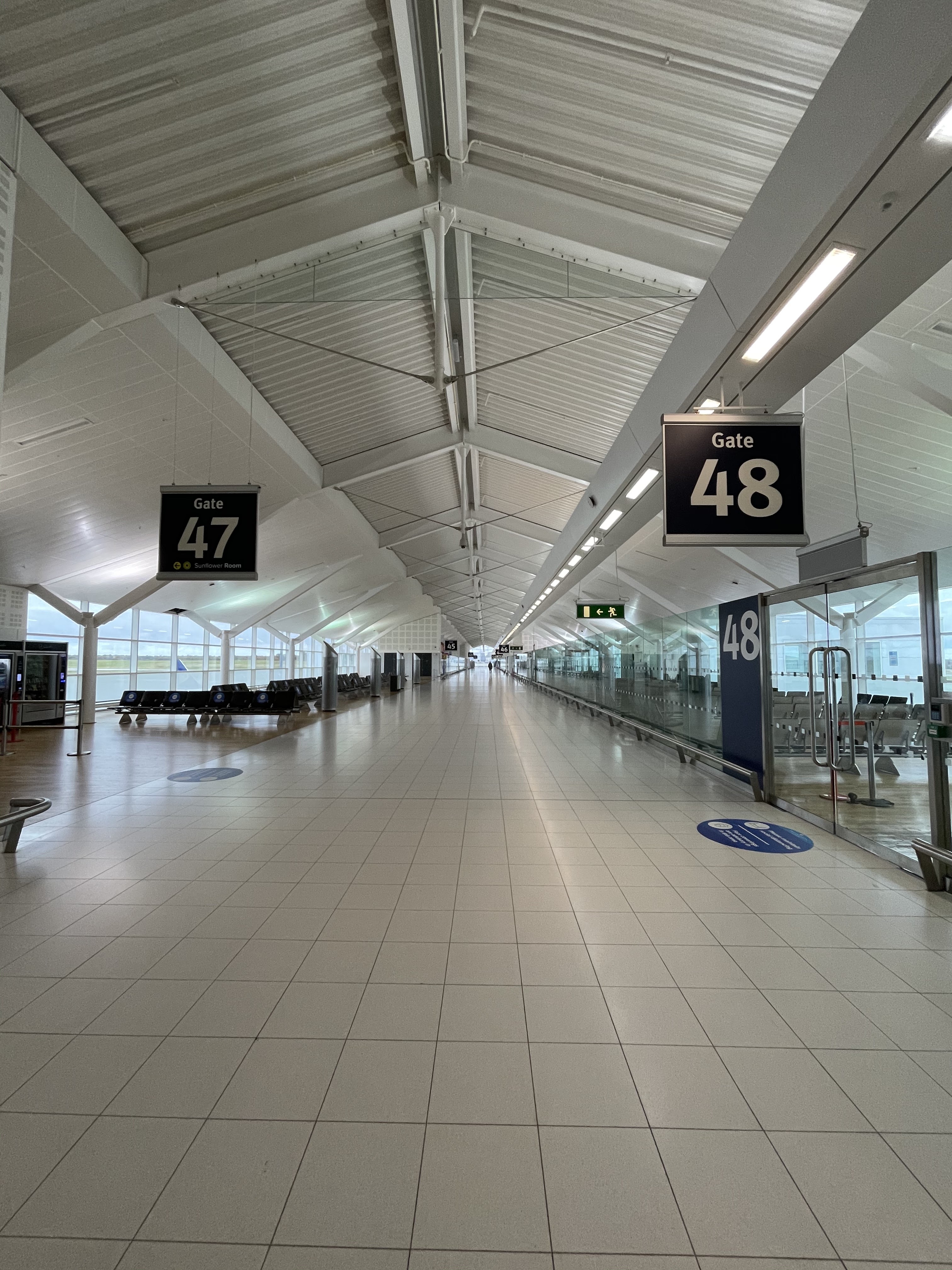 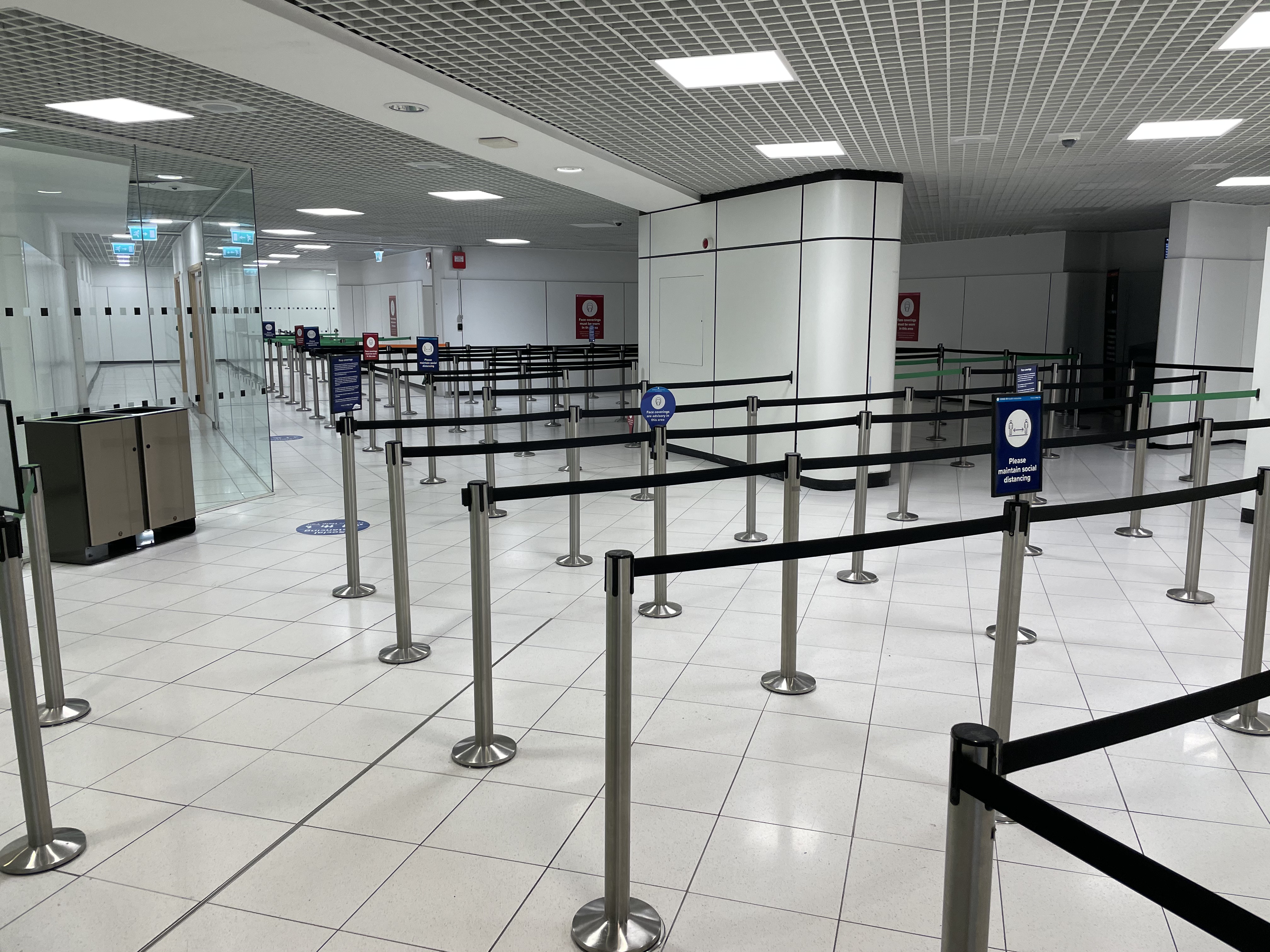 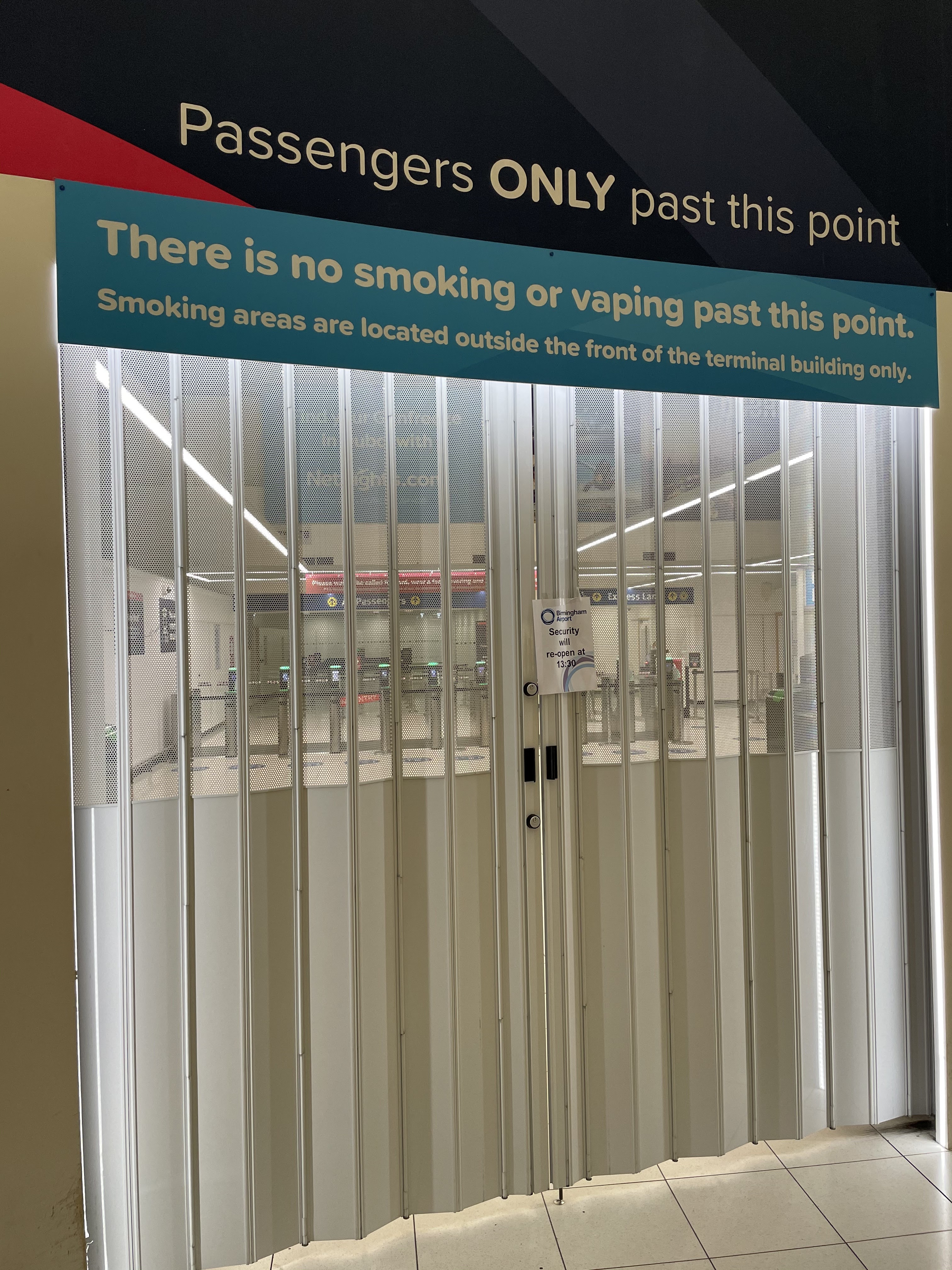 The current lockdown had initiated a skeleton service of direct flights from the UK to Stuttgart so I had to travel via a convoluted route from Birmingham Airport to Frankfurt Airport, connecting via ICE (intercity express train) to Stuttgart where I would change onto two subsequent regional trains and then a bus service to Trossingen Stadt in the German state of Baden-Württemberg. I ate a Deutsche Bahn currywurst in the ICE restaurant car, which would be one of the only seated dining experiences of the whole trip. It’s just as well I ate on the train as the journey was fraught with delays. The conductor of the penultimate train of the journey requested that the final connecting train would wait for me in Rottweil, to avoid a further delay (of 59 minutes) to my journey. Thank you Deutsche Bahn! I can’t imagine the London Thameslink, much as I like them, providing a similar solution.
Upon arrival in Trossingen, I was met by the same orchestral manager that had so kindly picked me up from the airport when I recorded Brandenburg 2 with this orchestra last year.  He had provided me with the email-based encouragement and reassurance I needed to leave home amid this period of more expensive, indirect and restricted travel. In fact I found one of his emails to be incredibly moving and exceptionally supportive, at a time when I feel increasingly vulnerable and undervalued in my own country.
The orchestral manager told me how pleased he was to see me, especially as I was the last remaining member of the orchestra to arrive for this project. He informed me that two players had been denied travel, one due to very strict lockdown measures in their home city and the other due to a positive (later discovered to be a false positive) coronavirus test. We drove the final few kilometres to the Bundesakademie für musikalische Jugendbildung (Federal Academy for Musical Youth Education) on the outskirts of Trossingen. This incredible resource, complete with concert hall, library, canteen, music practice rooms and an on-site hotel provided a self-contained venue for our rehearsing and living requirements. 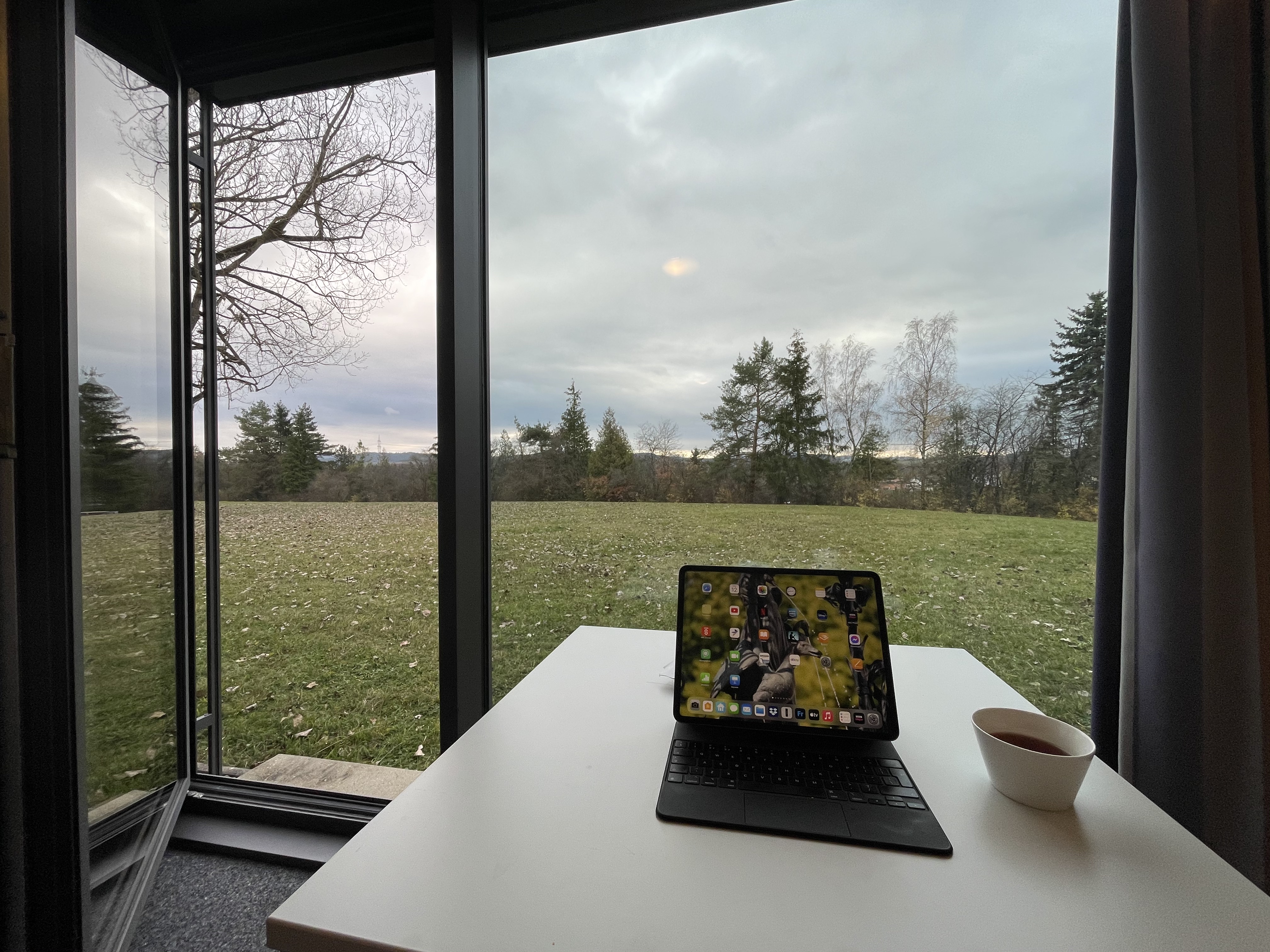 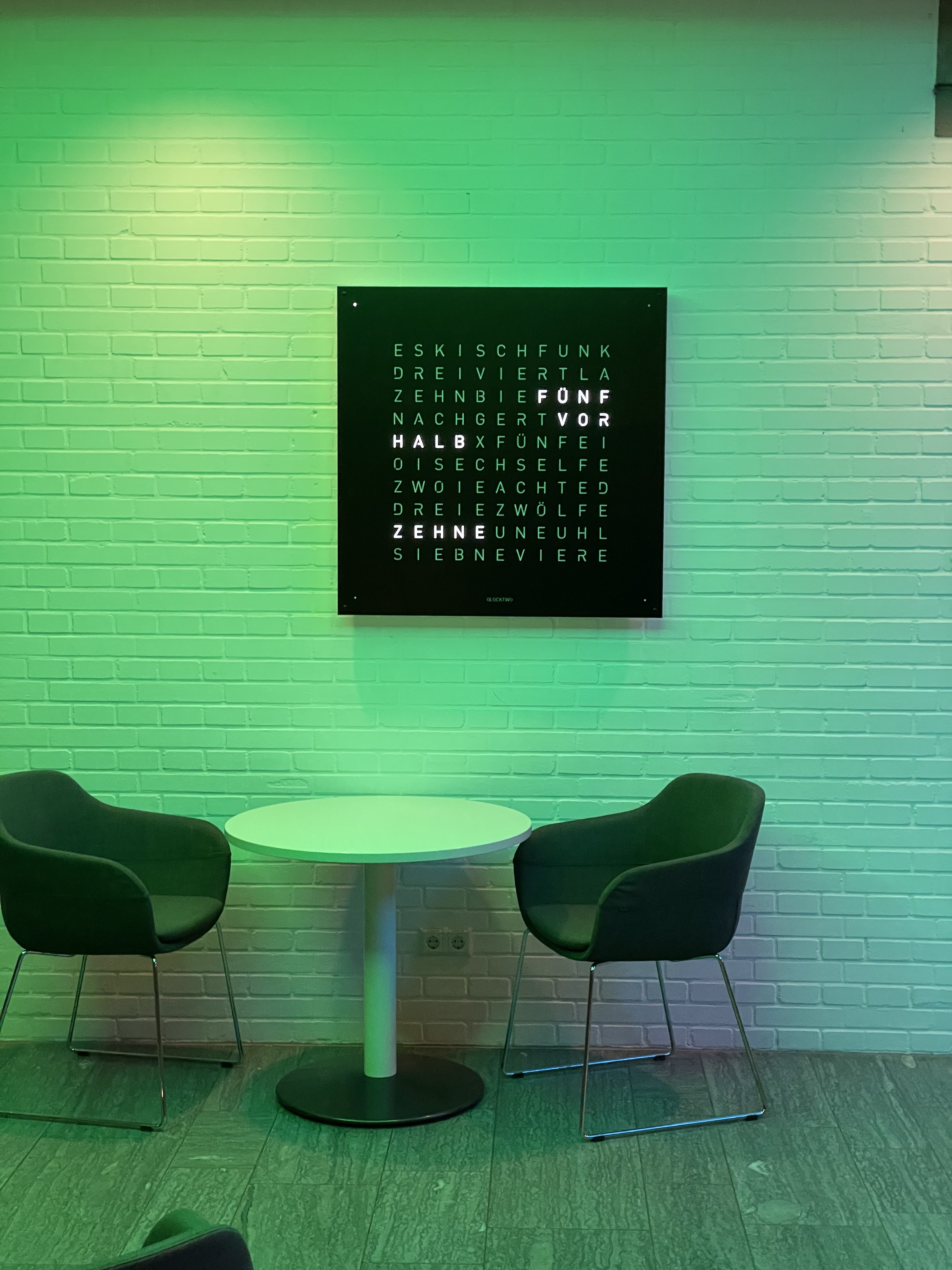 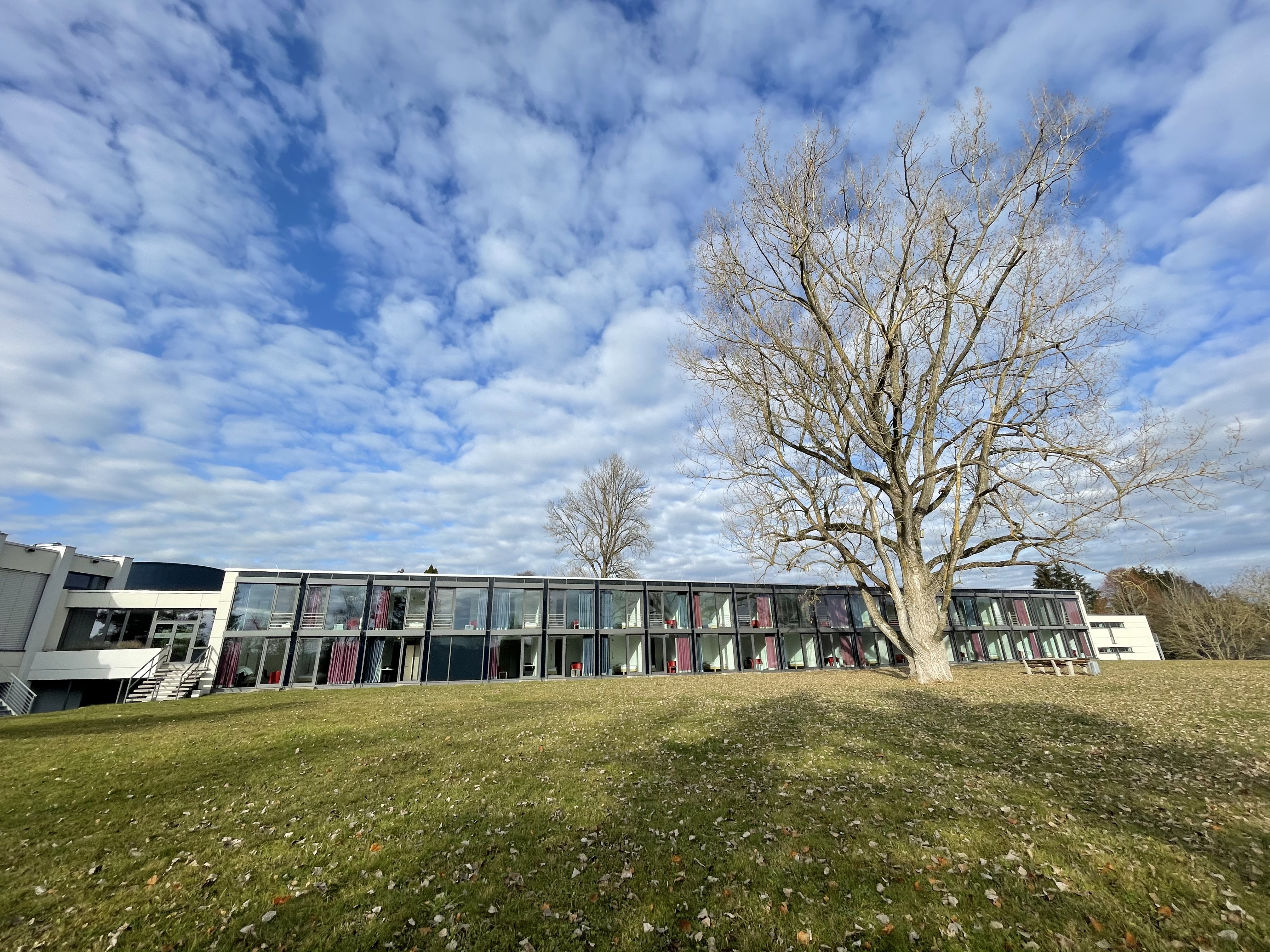 We spent a few days rehearsing the opera ‘Cleofida’ by George Frideric Handel in a reworking by Georg Philipp Telemann, forming a kind of bilingual version of the opera with arias in Italian and recitatives largely in German. I supposed it was one way to show transparency of authorship. We recorded a performance comprising selected highlights from the opera for a live stream, in lieu of the performances that had been originally planned for Stuttgart and Herne. The video was captured by two or three cameras and the audio was recorded on stereo microphones placed, as if ears, on a device shaped like a human head. This audio technique, pioneered in the 1930s, apparently gives the headphone-wearing listener the impression that they are sitting in the room.

The second part of the project saw a relocation to the city of Stuttgart. We would record a CD version of this opera in Southwest Radio’s recording studio (SWR Funkstudio Berg), situated in the centre of a park in a nearby suburb, northeast of the city centre.
Jörg Halubek directed the orchestra, Il Gusto Barocco. I was, again, impressed by his calm manner, innate trust and absolute professionalism. He had asked me if I could play some kind of a fanfare to introduce a warlike movement. Looking for inspiration, I remembered the ‘Flourish of Warlike Instruments’ in Handel’s oratorio ‘Joshua’ of 1747. I remembered playing a short fanfare with two trumpets and two horns with Festspiel Orchester Göttingen in 2014 and I realised that what we played then was probably composed by the director, Laurence Cummings. I looked at the online manuscript on the British Library’s website [British Library R.M.20.e.11 (f.75r)] to check, and I saw that Handel simply provided a rhythm for his ‘Flourish of Warlike Instruments’. This provided the inspiration for a short fanfare that I wrote for one trumpet. I sent a copy to Jörg, and he replied saying... ‘Looks good. Plus Corni?’. So, I added horn parts. When it came to recording the fanfare, we played it through and it immediately brought the fanfaric brass writing of Richard Wagner to mind. The musical content that would follow this flourish would be in C major, but only one of the horn players had a C crook with him. Having recorded the trio version of the fanfare a few times in D major, I spoke of my concern that it sounded a little too Wagnerian and mentioned that it would also be better in C. I suggested that I should record just the top part as a solo fanfare which I felt would be more semantically indicative of a real battle. I changed crooks to play in C, the red light came on, and I recorded the simple fanfare in one take. Even though it was only three bars long, I definitely responded well to the situation; I said it when I recorded the Brandenburg with this group, and I’ll say it again: ‘I usually respond positively to a bit of self-imposed pressure’. 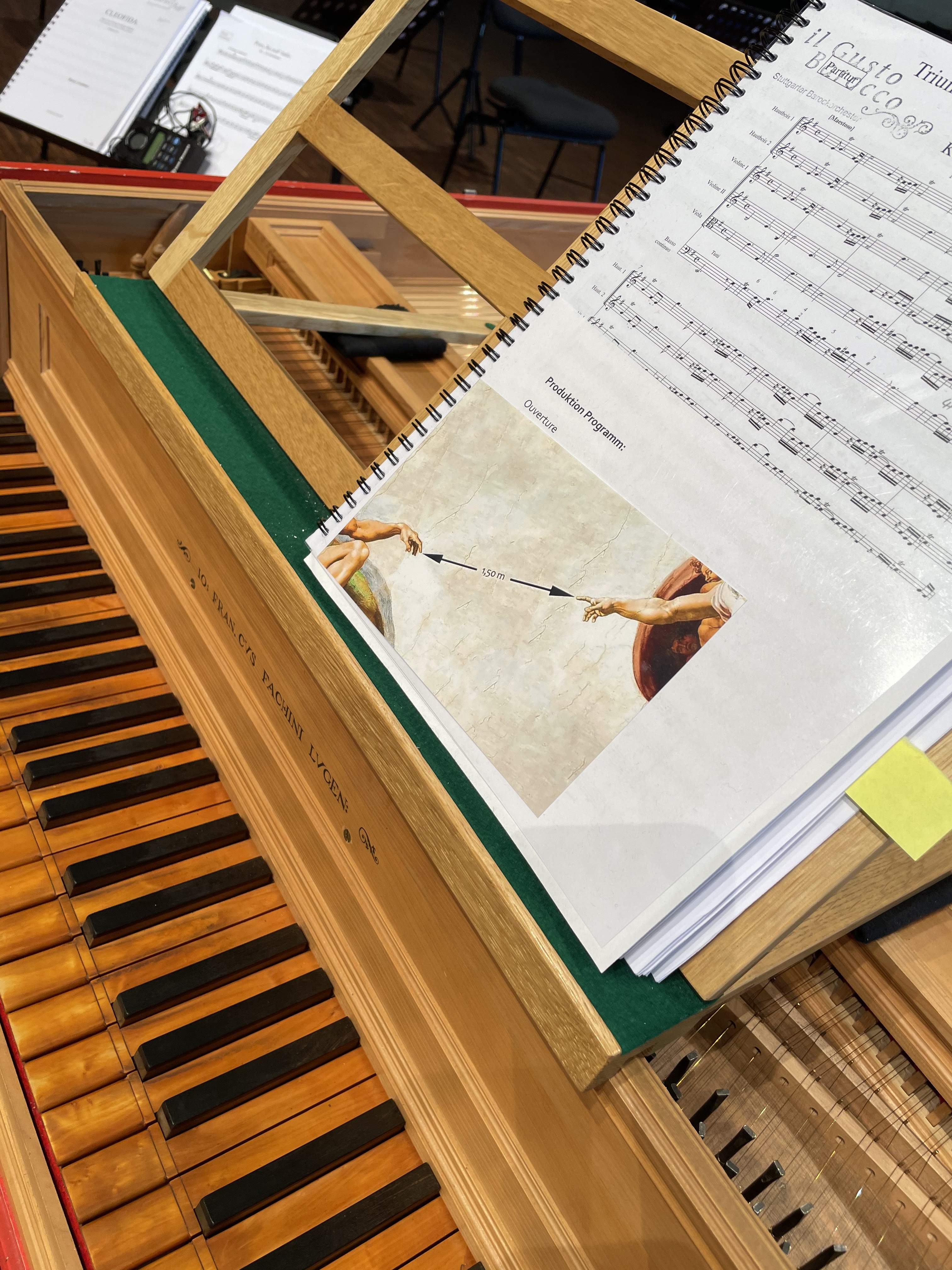 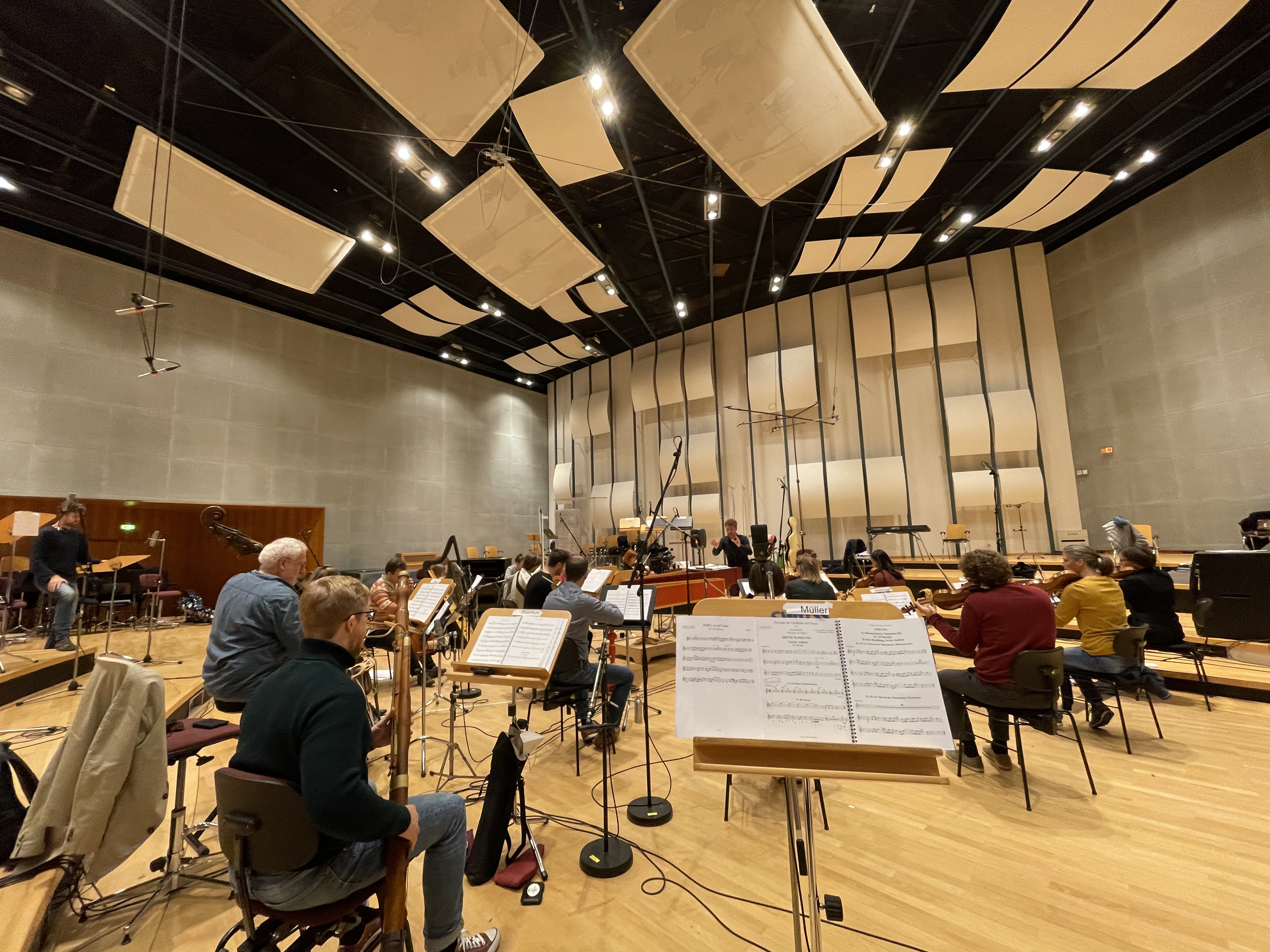 The recording was very enjoyable and felt very free of time pressures, which was a refreshing change.
I thoroughly enjoyed this trip to Germany, but it was a very different experience to the trip to Hamburg with Solomon’s Knot just three weeks ago, as coronavirus restrictions have been tightened significantly in the interim. It was difficult to find somewhere to eat warm food and even sausage stands were hard to come by. Supermarkets became the main source of sustenance once we were away from the catered and self-contained Bundesakademie in Trossingen. Even by the time I returned to Frankfurt airport on the ICE train, the restaurant carriage had been closed and on-board food was restricted to ‘eat at seat’ only.

I returned to the UK, walked 100m to my parked car, and proceeded home, without stopping, where I would remain in strict quarantine (home and garden only) for 14 days. I knew in advance that I would have to quarantine upon return, so I had stocked up with plywood in the workshop to do a number of woodworking projects. During my first few days of quarantine I agreed to do a concert in Spain in December, so I will alternating between quarantine and freedom in 14 day cycles for the rest of this year. 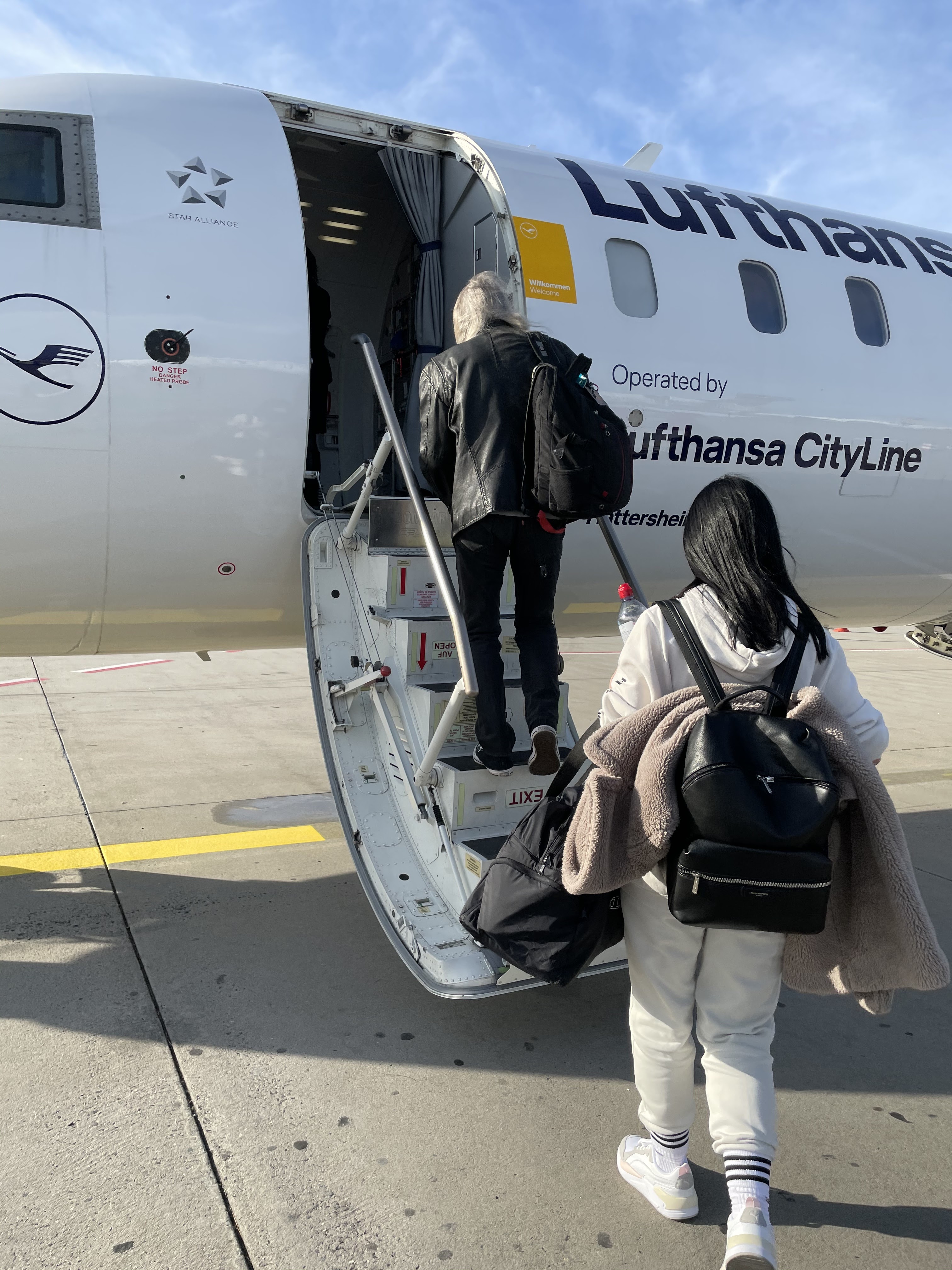