Friday, 28 Jun 2019, 21:00
It was a great pleasure to rejoin Robert Hollingworth's I Fagiolini for a performance of Monteverdi's Orfeo at the Stour Music Festival at All Saints Church near Boughton Aluph (near Ashford in Kent) on Friday 28th June 2019.

The 2019 festival marks the departure of Stour Music's artistic director Mark Deller (countertenor). He will be succeeded by Robert Hollingworth who will direct future festivals, starting from 2020.

All Saints Church in Boughton Aluph is a 13th century, grade I listed church on the pilgrims route toward Canterbury Cathedral. It has a fascinating history from the Middle Ages, and in relatively more recent times it narrowly avoided destruction by fire, thanks to the huge effort of the local fire brigade. Two high explosives and five hundred incendiary bombs were dropped nearby during the Battle of Britain in September 1940 and the blaze was controlled after their huge efforts. The church is also significant as it is the burial place of the esteemed countertenor Alfred Deller (the artistic director Mark Deller's late father). Alfred Deller was renowned as the "godfather of the countertenor" as he was an influential figure in raising awareness of, and re-popularising the countertenor voice and he was an early proponent of "original instrument performance", bringing awareness of this to the public via BBC broadcasts. 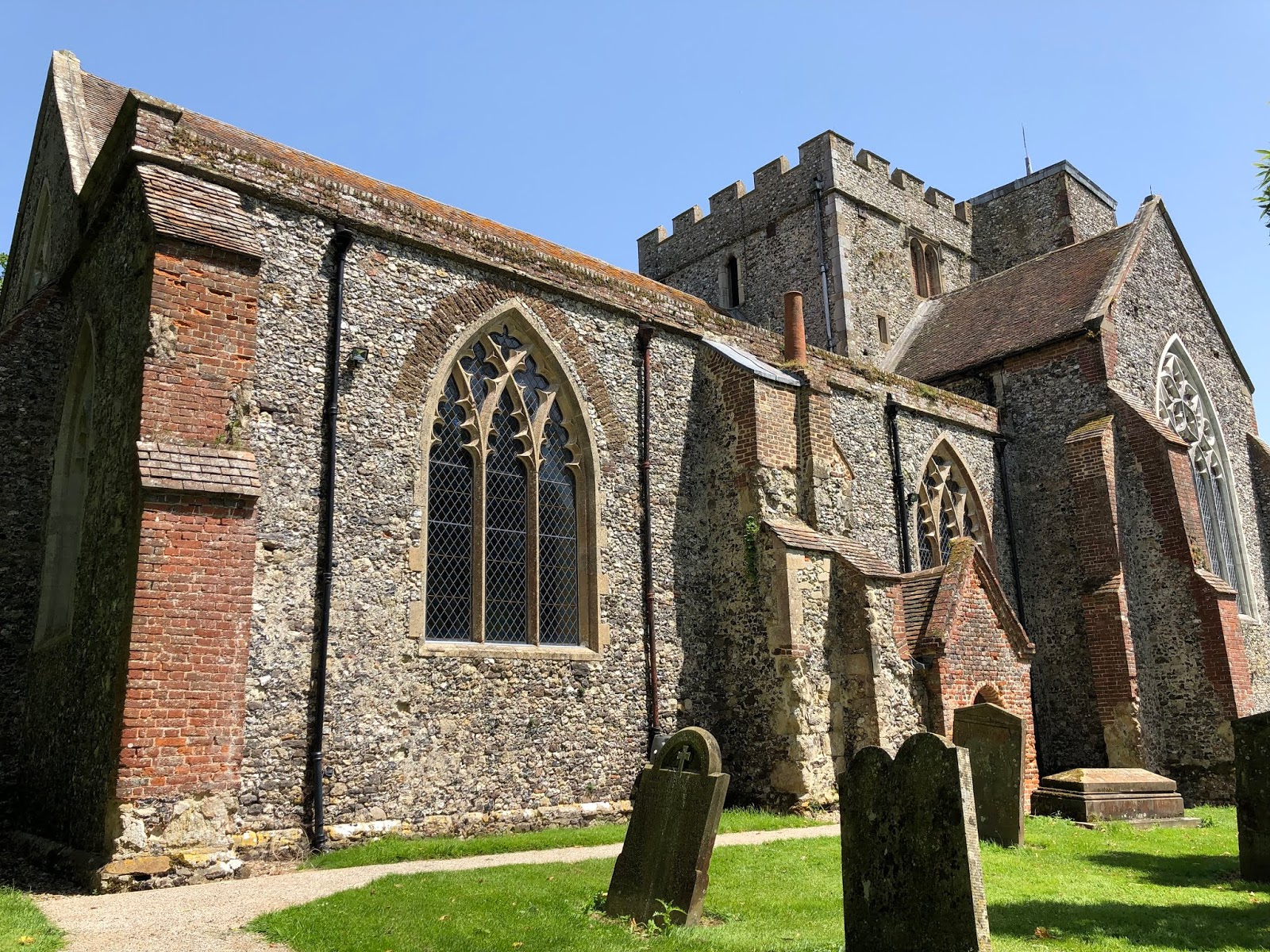 The Stour festival is very well organised and the volunteers, who had been working hard in a marquee, provided an incredible buffet of delicious homemade food from Kent - the Garden of England. The weather was delightful and the festival had a wonderful atmosphere. The church was full to capacity for I Fagiolini's concert, with the wonderful Matthew Long in the title role. The performance began with the choir of ventless natural trumpets sounding the Toccata from just outside the west door. During a second orchestral version of the Toccata (played from the stage), the brass players processed to the front to play a final, forward-facing, tutti rendition. 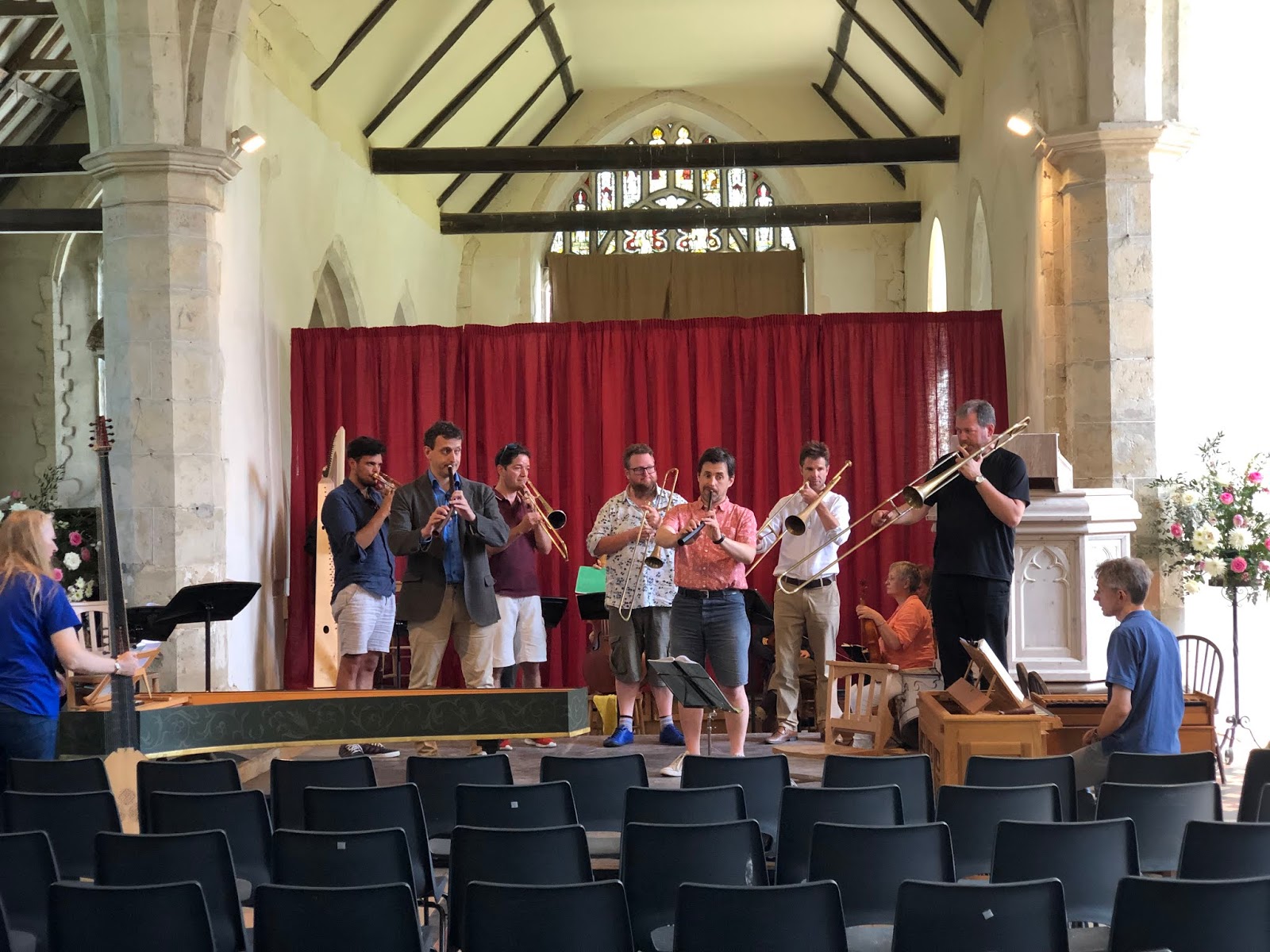 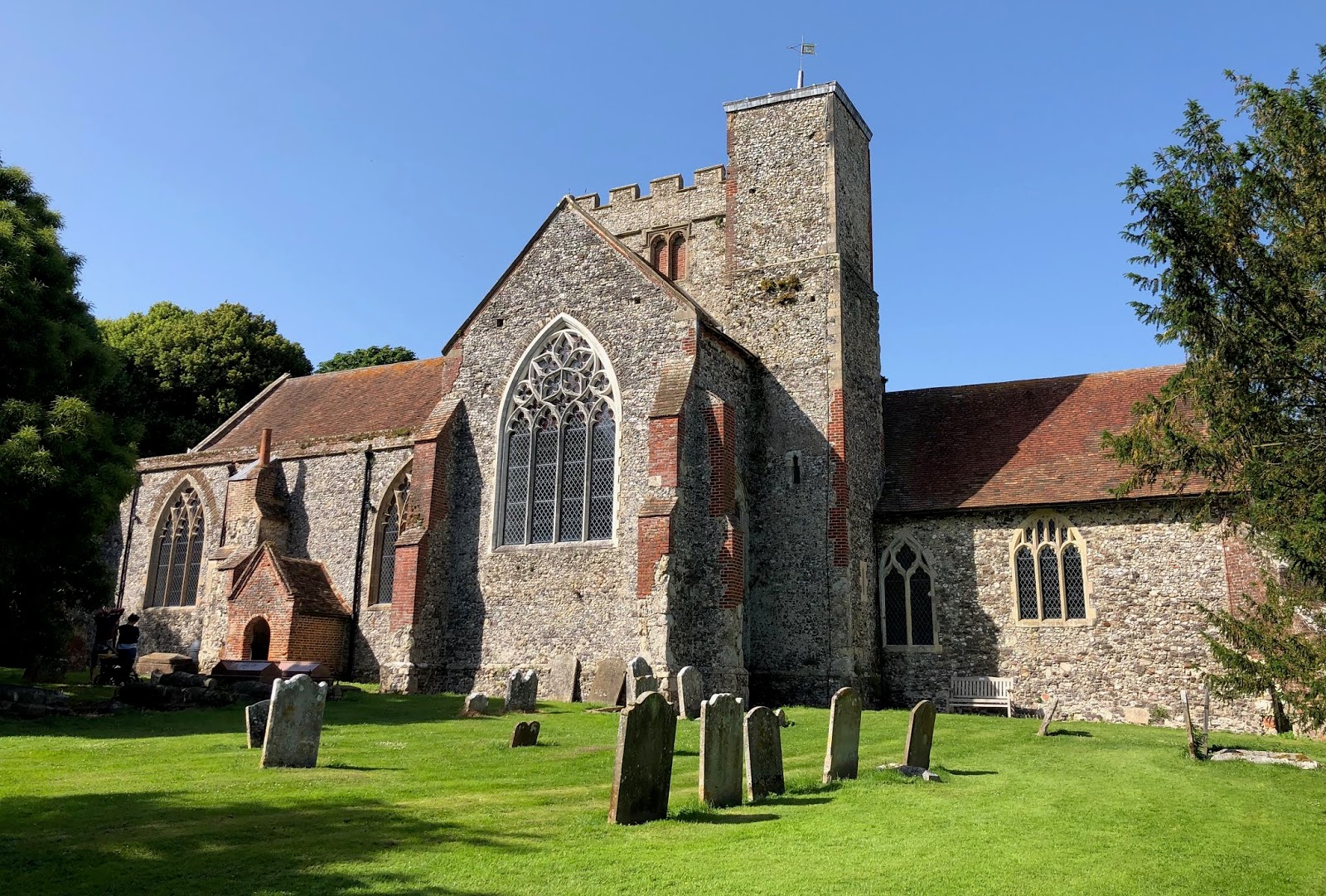 It is always a great thrill to play this music on natural trumpets (without finger holes) - an excellent opening to this wonderful fable in music by Monteverdi.
Next week, I Fagiolini are giving two more performances of Orfeo at the York Early Music Festival and at LSO St Luke's in London.
Festival, Monteverdi, Natural Trumpet, Opera, Ventless
Russell Gilmour