Saturday, 30 May 2020, 15:09
I published a video about the history of the English slide trumpet as a YouTube Premiere on Sunday 31st May 2020 at 14:00 BST. 32 people watched the premiere live, and 160 video views came in the following 12 hours. Nine people participated in an interesting Zoom discussion immediately after the premiere.
So I decided to write a blog - in lieu of any live performances this month - about the video. Last month, I was compelled to create a multi-tracked performance of Clement Thime’s ‘Sonata ab 8 - 2 Violini, 2 Trombetti e 4 Viol di Braccio’ with the violin and viola player, George Clifford. This month, I would have been playing in the the Göttingen Handel Festival and for several performances with Solomon’s Knot, which sadly did not take place. These groups have moved their efforts online, with the Göttingen Händel Festival launching a digital festival and Solomon’s Knot revisiting several former performances (like this rendition, from St. John’s Smith Square in 2013, of Bach’s ‘Großer Herr, o starker König’, featuring myself and the bass soloist Alex Ashworth) and interviewing several of their musicians for the SK Unlocked series).
I have been inspired by the Aurora Orchestra's recent series of YouTube Premieres, revisiting several of their past performances. It was particularly great to re-watch our performance of Berlioz's Symphonie Fantastique from the 2019 BBC Proms. By releasing these videos as YouTube Premieres, they have given us a sense of collective togetherness, and made the seemingly simple act of uploading a video into a socially-distanced and enjoyable social occasion. It is they that I have to thank for demonstrating how this format might work.

With such ingenious online solutions coming to the fore at the moment, I realised that it would be a good time to revisit and digitalise parts of a lecture presentation about the English Slide Trumpet. I first gave (an extended version of) this lecture presentation while I was an MMus student at the Royal College of Music in 2011. It was awarded 90% - apparently a record-breaking mark. Since then I have been meaning to create this video. In many ways I should have done it at the time, but it’s been an unexpected joy to revisit this topic. Technology has advanced so much since 2011; the resulting video comes to you in glorious 4K resolution, and I have mastered using Final Cut Pro - software that I simply couldn’t have afforded in my student days.

At that time I did not own an English slide trumpet, so I had to practice on an instrument under supervision in the Royal College of Music Museum of Instruments. It was only when I gave the lecture presentation (on 29th April 2011) in a rehearsal space on the 4th floor that I was permitted to take the instrument out of the museum. The instrument I played for the 2011 presentation had been on loan to the RCM museum; it was then owned by Crispian Steele-Perkins.
Since 2011, I have had the good fortune to be able to purchase the very trumpet that I played in my RCM lecture presentation. I wrote about this around the time I played for another Aurora Orchestra project, in October 2018, when we played music by Mendelssohn. I wrote the following:

‘Coincidentally, over the summer I had been in contact with trumpeter Crispian Steele-Perkins and we had resolved to meet up at some point after my wedding so that I could see his instrument collection, which I had been meaning to visit for years. I called him for another reason and it transpired that my call had been timely as Crispian had decided to sell a few instruments. I visited his home on the south coast to play several of his instruments. After a few days to mull things over I returned to buy his English Slide Trumpet by W. D. Cubitt Son & Co [c.1884-1886].

The English Slide Trumpet had been the main subject of my academic studies for the Master of Music Lecture Presentation at the Royal College of Music in 2011. The instrument I bought from Crispian had been on loan to the Royal College of Music Museum of Instruments while I was studying there. This was the instrument that I had practiced and played in my Lecture Recital… I was glad to finally be the owner of an English Slide Trumpet, and it was in good time before this Mendelssohn project with the Aurora Orchestra.’ - Russell Gilmour - October 2018

When planning the 2020 video presentation I realised that I would have to condense and abridge the original version of my lecture presentation, so I omitted an overview of the most important players from Handel’s time to the present day - an assumed line of pedagogical descent - and I removed the potential answers to some of the issues raised. For instance, I could have said that the addition of the clock spring return mechanism for the slide came about at around the same time that music became more harmonically diverse. Composers were making increasingly clever modulations to more distant keys, and therefore more-equal temperaments were growing in popularity. I prioritised retaining contemporary quotations from the key figures of the era.

As I could not retain everything from the 2011 lecture presentation into the video, I decided to write this article to append some of my additional thoughts, to include a select bibliography, and to feature some other images. For rights reasons images are allowed to be shared in a non-commercial blog article (using a Creative Commons License 4.0) but I would not have been permitted to use the images on YouTube without paying for broadcast fees (as YouTube would be classed as a commercial use). For example, I explored the idea of including this fantastic portrait of Dr Charles Barney by Sir Joshua Reynolds (1723 - 1792), from the National Portrait Gallery (NPG 3884). Sadly the cost for use was in excess of my budget. I respect the reasons for this, and their excellent work in preserving these fine works of art. 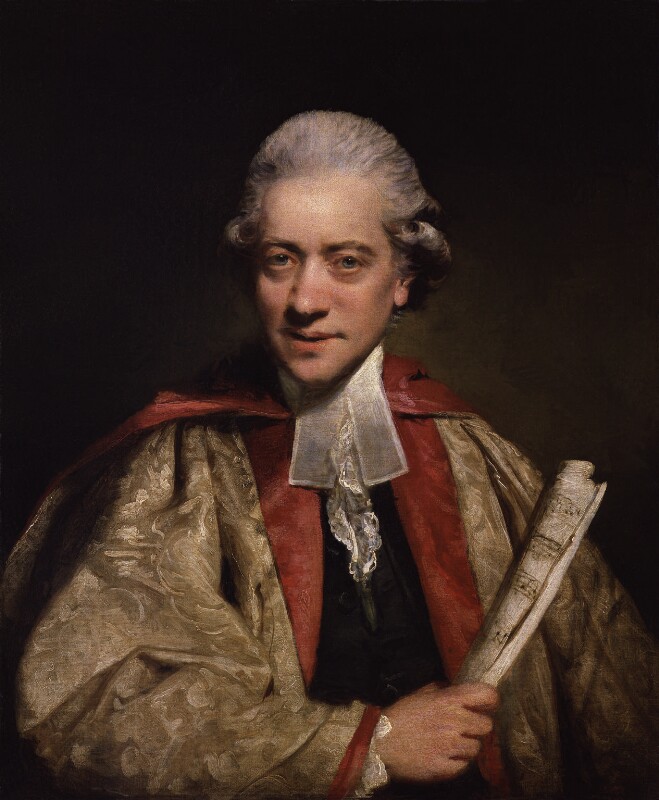 I also wanted to show the view of Westminster Abbey during the extraordinarily well-attended Handel Commemoration of 1784. This engraving, created by William Walker & John Walker and printed by John Sewell, was published in the London Review in 1784 and shows a ‘View of the magnificent box erected for their MAJESTIES, in Westminster Abbey under the Direction of MR. JAMES WYATT, at the Commemoration of HANDEL.’ 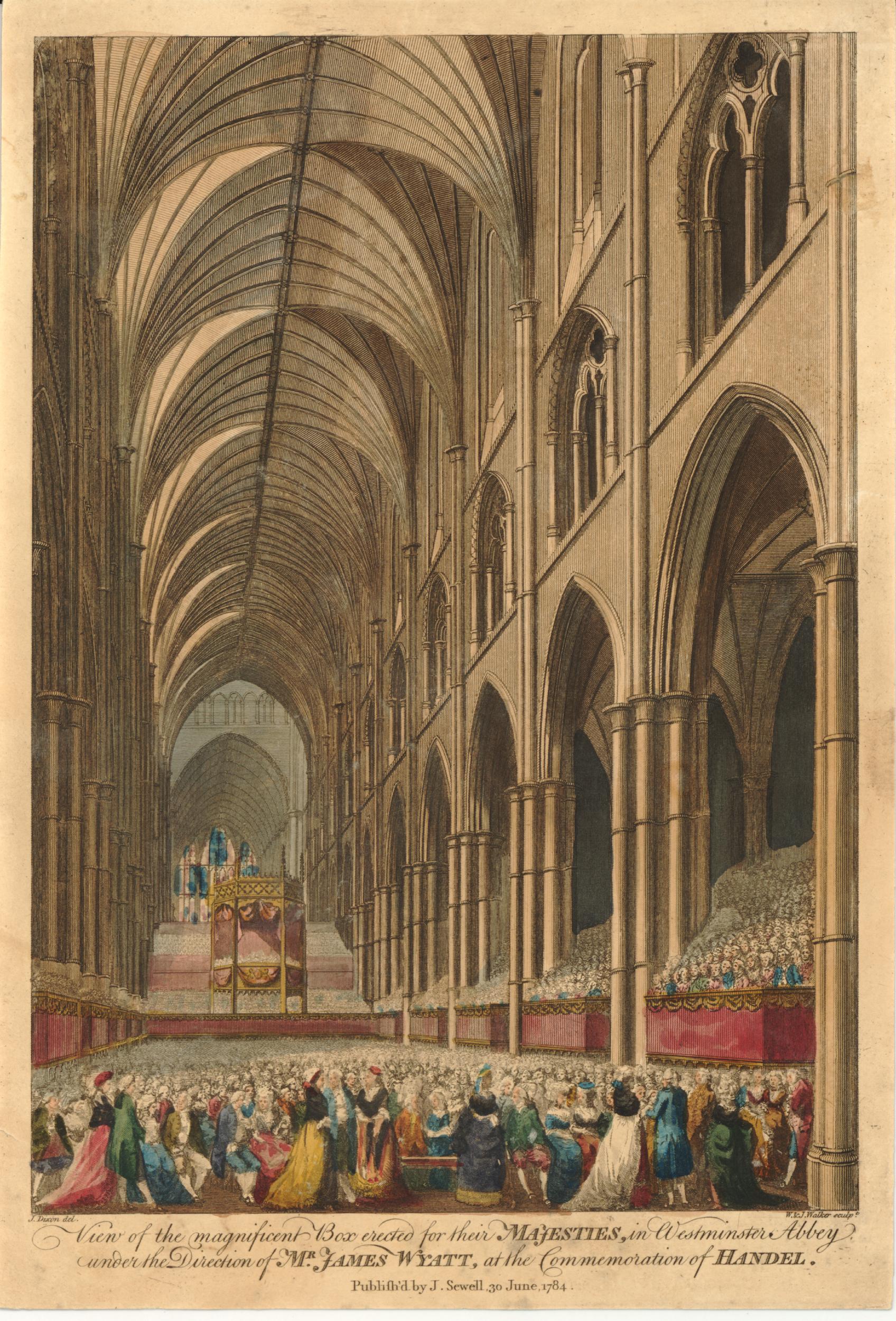 Museum Number: 1867,1012.781
© The Trustees of the British Museum
https://www.britishmuseum.org/collection/object/P_1867-1012-781
Creative Commons Attribution-NonCommercial-ShareAlike 4.0 International (CC BY-NC-SA 4.0) license
One other image that I wished to include shows John Sarjant playing at the back of the orchestra at Vaux-hall Pleasure Gardens. 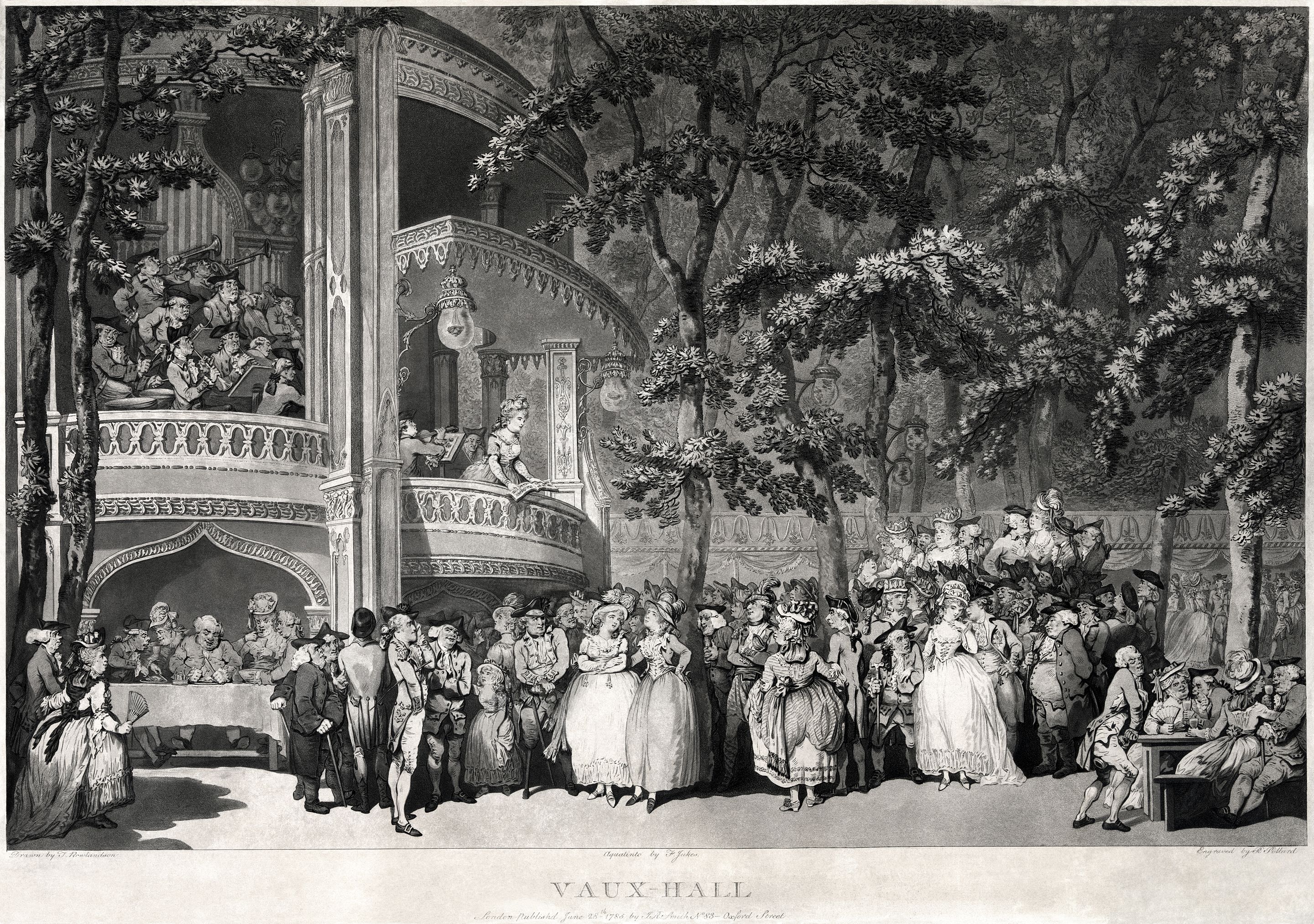 Of course, the video mentions nothing of the many other attempts (even up to the late 20th century) to ‘perfect’ the natural trumpet, but I had to give myself some date boundaries. 1784 - 1830 seemed logical as it framed the story between the Handel Commemoration and Thomas William Parke’s memoirs. The English slide trumpet continued to be used for a long time, even after the invention of the valve.

Equally, some trumpets with moving slides existed before the English slide trumpet. I didn’t discuss them in this video, as I wanted to keep it short, but Purcell’s Funeral Music (1695) required flatt trumpets. The flatt trumpet was so-called as it was possible to play in minor keys by using a slide. My video addresses the English slide trumpet which had a slide with a sprung return mechanism and it seems to have been a direct reaction to Charles Burney’s criticism after the Handel Commemoration.

After the Premiere, I hosted a Zoom discussion. I added the following to this blog, as a reoccurring question arose concerning Purcell's flatt trumpets, as used in his Funeral Music of 1695:
Slides on brass instruments had obviously been around before the English slide trumpet. In a nutshell, I think flatt trumpets were used chiefly to enable minor chords to be played in the consort - to permit a kind of ironic use of what would have normally been a celebratory instrument (i.e. one that would normally only play in major keys). The English slide trumpet seems to have originated as a reaction to Burney's 'displeasure' in every countenance - in 1784 - to correct the naturally 'out of tune' partials of the harmonic series. As composers began to write more harmonically-clever modulations to more remote keys, the English slide trumpet seemed to have found a niche, as it could allow the player to play the pre-existing music (of Handel etc.) as well as new music, in more remote keys - both with more adjustable tuning options to suit the changing tastes of the time.
Many thanks again for watching the YouTube Premiere, which is still available to watch again.
If you haven’t already seen the bloopers of this video, please watch them here.

Downey, Peter: On Sounding the Trumpet and Beating the Drum in 17th-Century England, Early Music Vol. 24 (May 1996)