Sunday, 7 Jul 2019, 18:00
Sunday 7th July 2019 saw two differing performances (both by I Fagiolini) of Monteverdi's Orfeo in the Jerwood Hall at LSO St. Luke's in London. Music & Theatre for All and I Fagiolini had teamed together to present a 'relaxed performance' at 3pm, which welcomed an audience of all ages. Special provision had been made for those with special educational needs, particularly autism and the performance was introduced and interactively explained by Thomas Guthrie. The puppetry, music and gripping story worked together to captivate the audience. The second performance was a concert performance at 19:00. 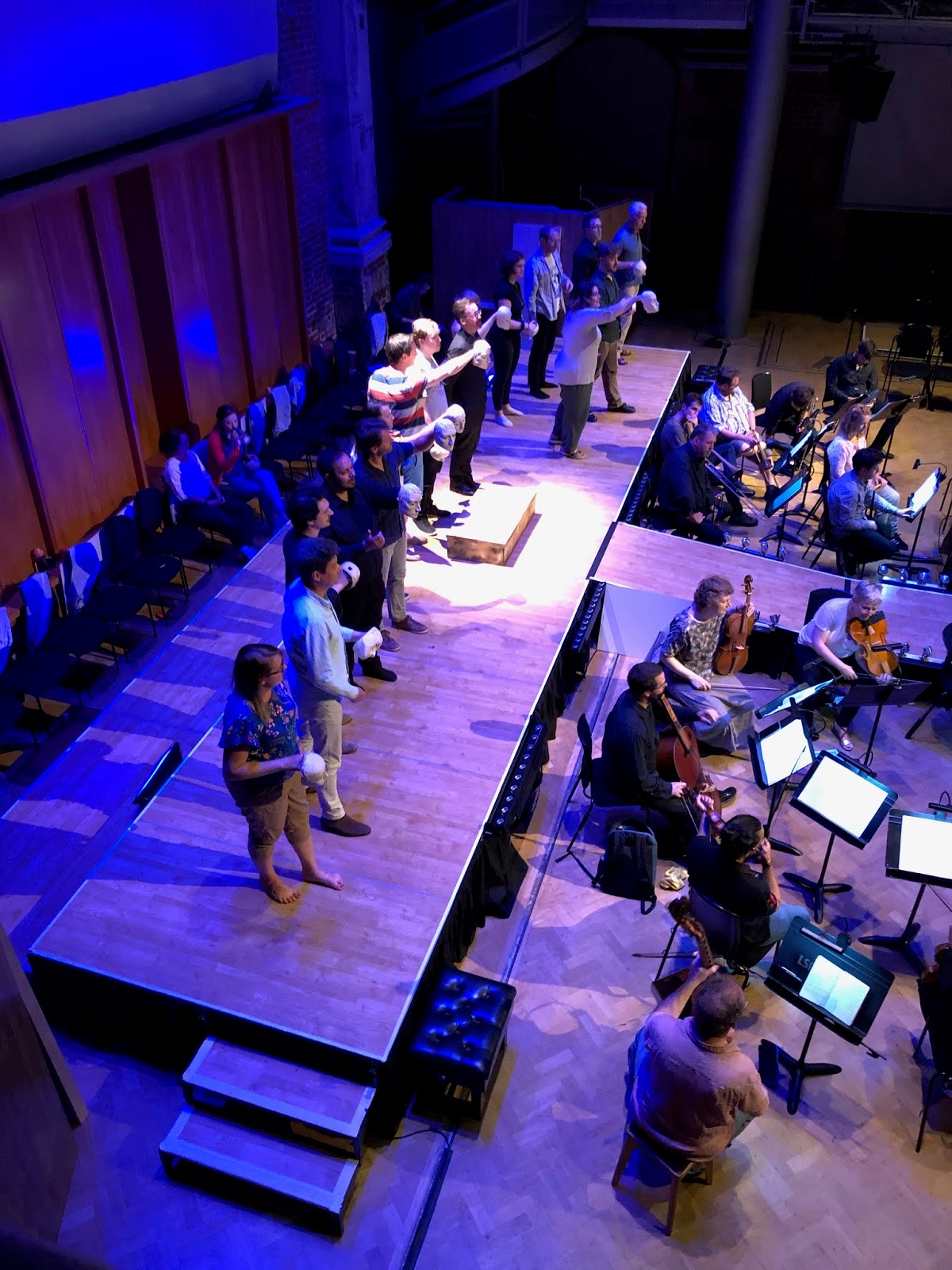 The brass from the English Cornett and Sackbutt Ensemble played from the Toccata from a spiral staircase before processing onto the stage to play a forward-facing tutti rendition to the audience. As we left the stage, Jenni Harper (Euridice & La Musica) began her excellent Prologue.
It has been a great pleasure to revisit Monteverdi's L’Orfeo - all with Matthew Long in the starring role - in Stour and in York, and to reflect on all the performances since the first in Venice in November 2015 (London, Cheltenham, Purbeck, Antwerp, Stour and York). 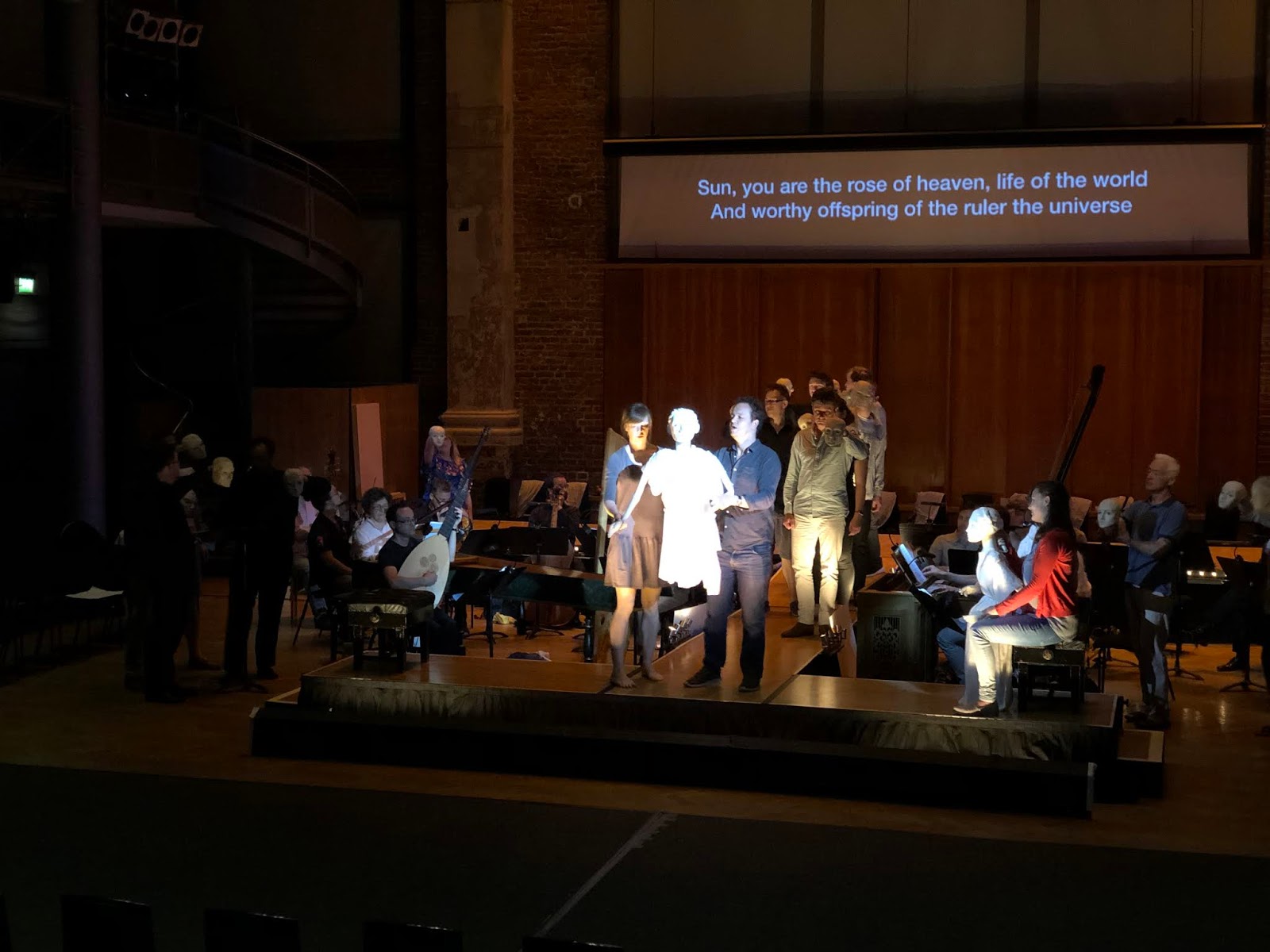 As we reach the end of the recent run, it was very promising to read this glowing review in the Times (from the York performance on 5th of July 2019):

"...the show's most striking aspect was its sense of an ensemble totally integrated and energised, as if from a single community." - Richard Morrison, The Times

Though I have a very small role in the production,  I feel proud to have been a part of it.
London, Monteverdi, Natural Trumpet, Opera, Renaisannce
Russell Gilmour