Saturday, 30 Sep 2017, 17:00
Saturday saw glorious autumnal sunshine, so I took the opportunity to explore the hamlet of Flatford in the Stour Valley. I walked around the countryside that is synonymous with John Constable; it was Flatford where Constable painted his ‘Scene on a Navigable River’. After an enjoyable walk, I drove the few remaining miles to Stoke by Nayland (also in the Stour Valley, in Suffolk) where I would be rehearsing and performing Bach’s B Minor Mass in the Roman River Music festival. 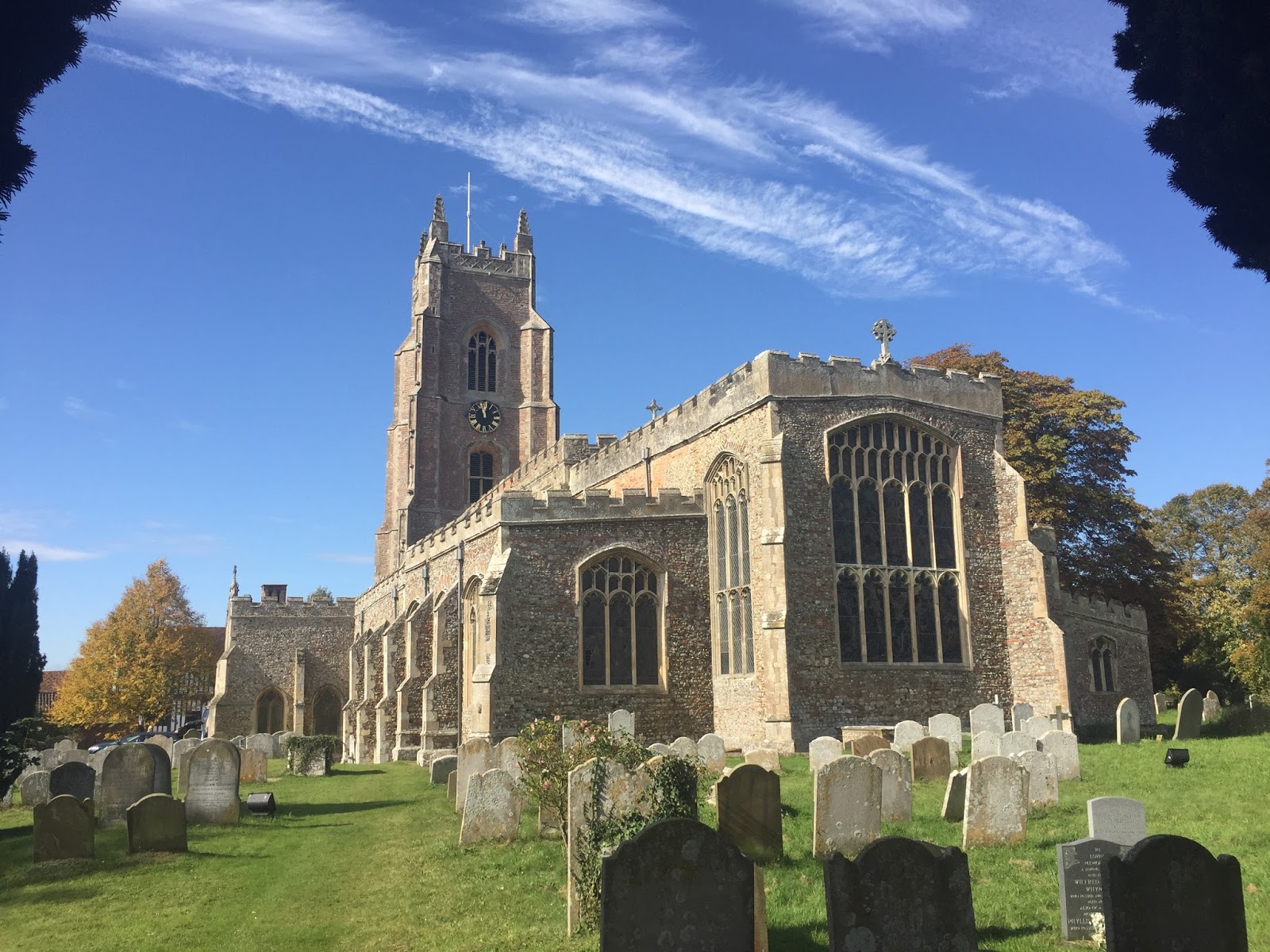 The Illyria Consort performed Bach’s B Minor Mass on Saturday 30th of September 2017 at Stoke by Nayland Church in the Stour Valley in Suffolk. The concert was part of the Roman River Music festival and was conducted by Orlando Jopling. I played first trumpet in the section, with William Russell (2nd trumpet) and Gareth Hoddinott (3rd trumpet). 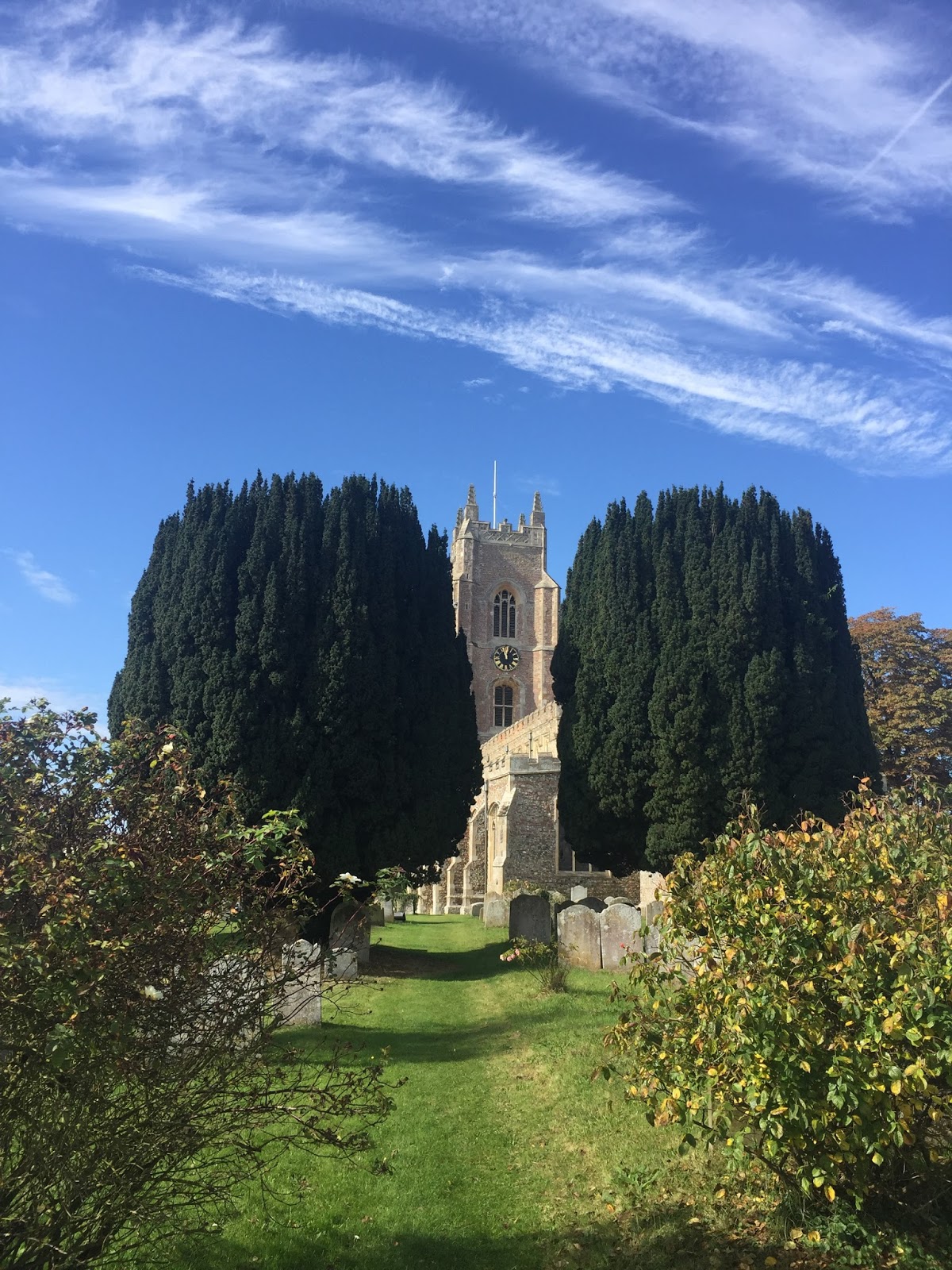 The festival had brought together an excellent orchestra and choir for the B Minor Mass, with many of the UK’s top Historically-Informed Performers. The choir (Aurum Vocalis) featured Rachel Ambrose Evans, Emma Walsh, Zoë Brookshaw and Esther Brazil (sopranos); Helen Charlston and Martha McLorinan (mezzo-sopranos); Jeremy Budd and Hugo Hymas (tenors); and Ben Davies and William Gaunt (basses). There were many incredible moments from the singers, both in the choruses and in the arias. Zoë Brookshaw sang an amazing Laudamus te and the penultimate movement, sung by Helen Charlston, was described as ‘spine-tingling’ and it certainly held the attention of the capacity audience.
Illyria Consort 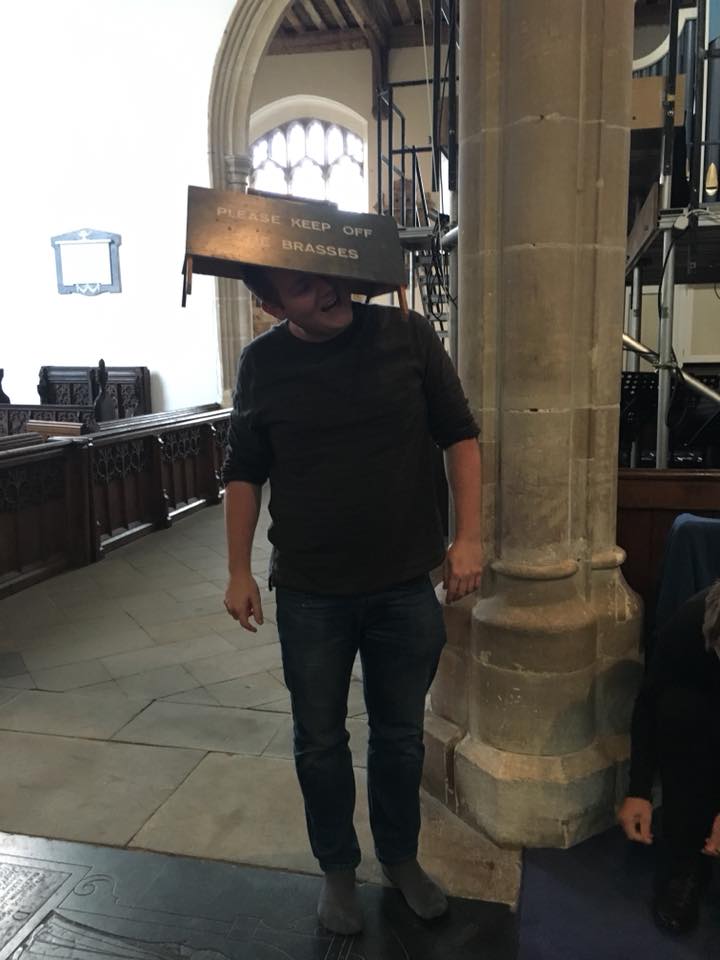 The concert was excellent. The trumpet section received many favourable comments about being able to balance with a one-voice-per-part string section and chorus. We were very well looked after by the volunteers at Roman River Music, so many thanks to them for organising it. 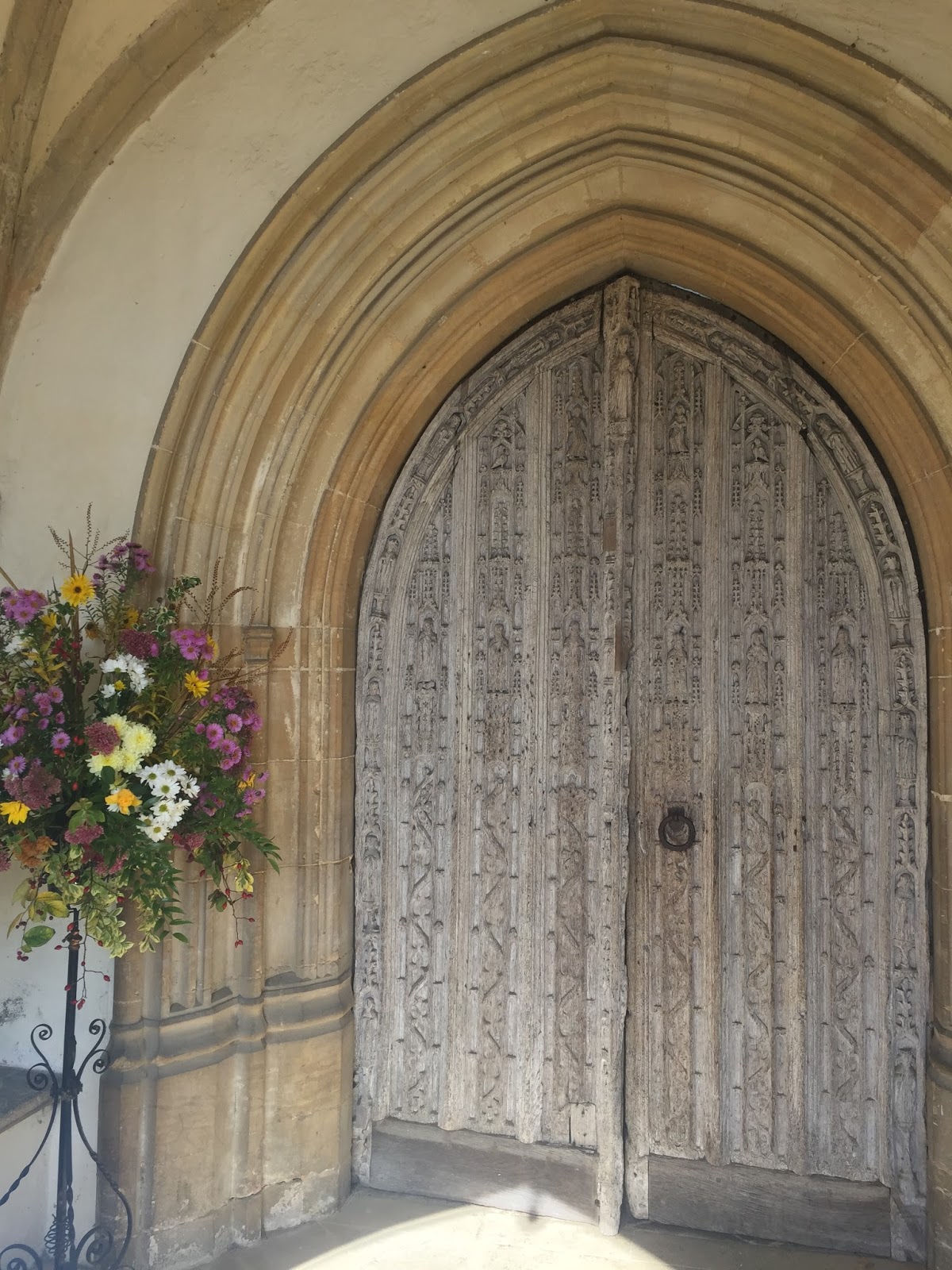 After a mishap removing a crook from my trumpet a few days prior to this concert, I had split the tubing on a small section on the bottom bow of my natural trumpet - which is almost exactly 8 years old now - and this section had succumbed to regular use. I had patched the trumpet up with masking tape to make it airtight and it worked well in the short-term. As well as sealing my damaged trumpet, the masking tape also operated as cufflinks for two members of the orchestra and as a waistcoat strap for another! 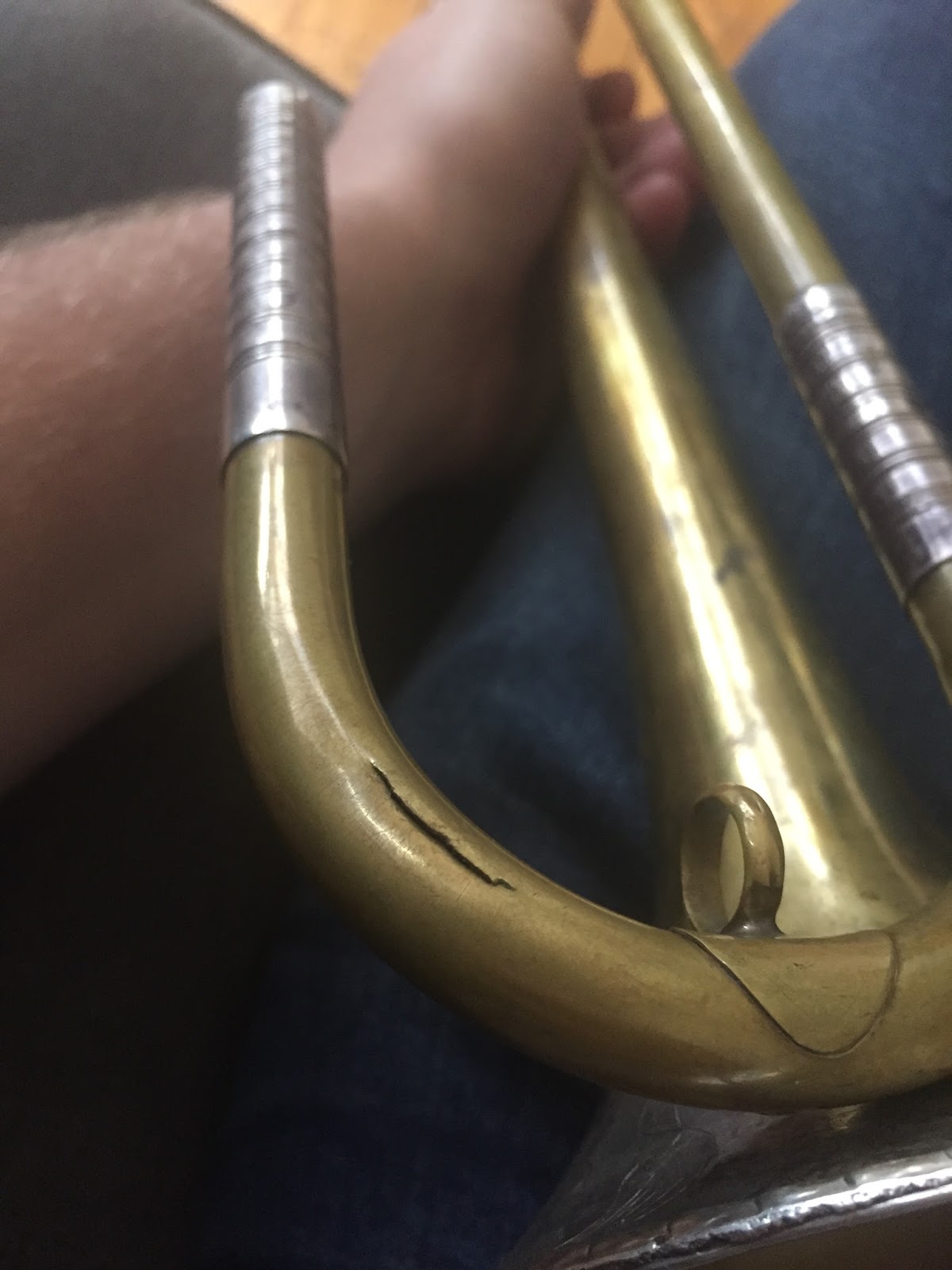 I had visited David Staff’s workshop on the morning of this concert to measure up the Frank Tomes bow so that he could make a replacement component. We both agreed that it would be best to repair the trumpet after I had done the B Minor Mass, to remove the time pressure of getting it finished. After the concert, I stayed in Suffolk to return to the workshop and David Staff did an excellent repair on my Frank Tomes natural trumpet. 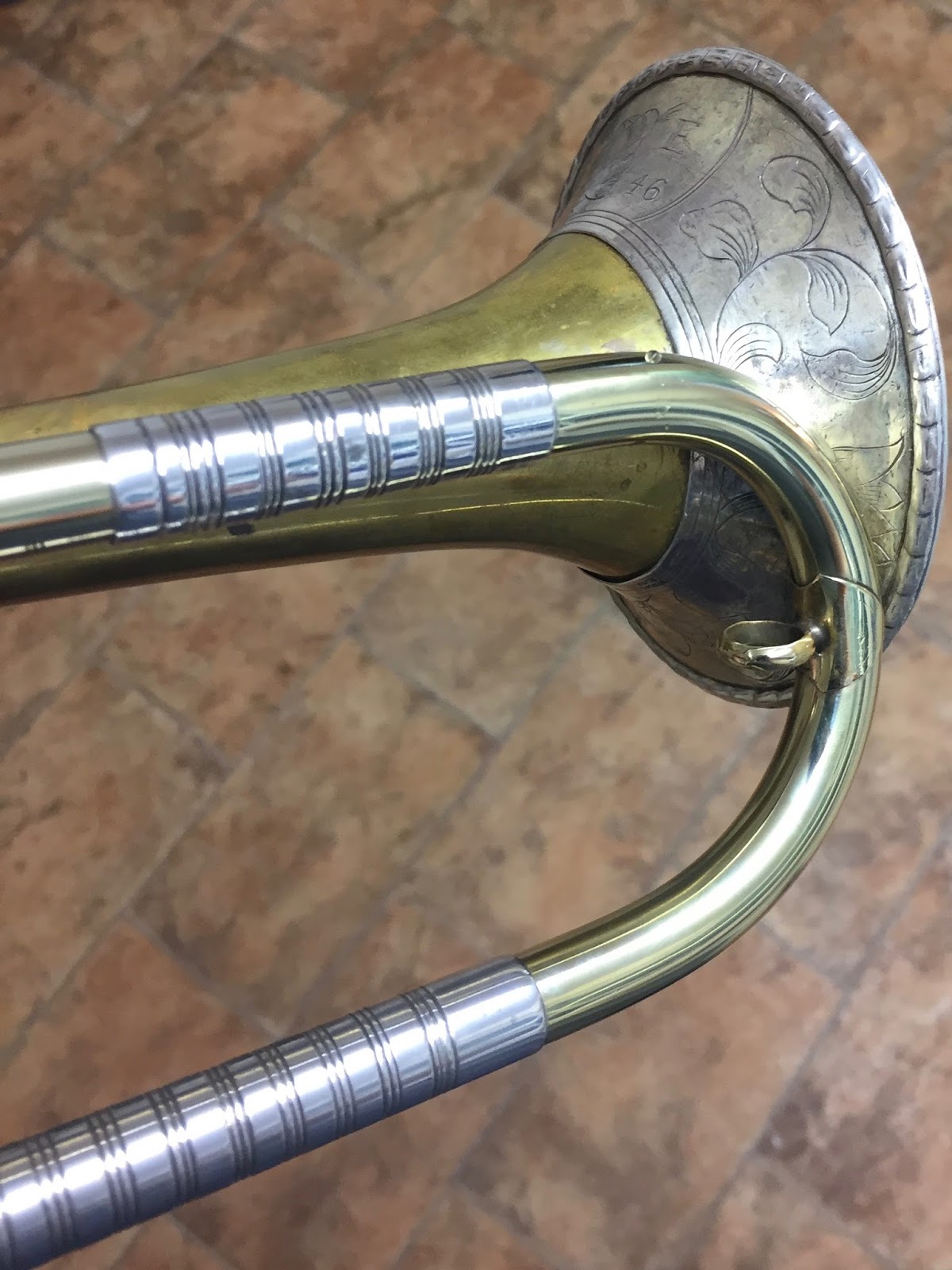