Saturday, 8 Jul 2017, 07:58
I performed at a wedding on Saturday 8th July 2017. The ceremony took place in the ancient (and now almost redundant) St Peter's Church in Wolfhampcote in Warwickshire. The Church is near the county border, close to Braunston and Daventry in Northamptonshire. The presence of St Peter's Church in Wolfhampcote is noted in the Domesday Book and the oldest parts of the current church building date from the 13th Century. St Peter's Church originally served a village, which is only evident from the mounds in the surrounding fields. The isolated church is still consecrated and operates infrequently under the care of the Churches Conservation Trust. 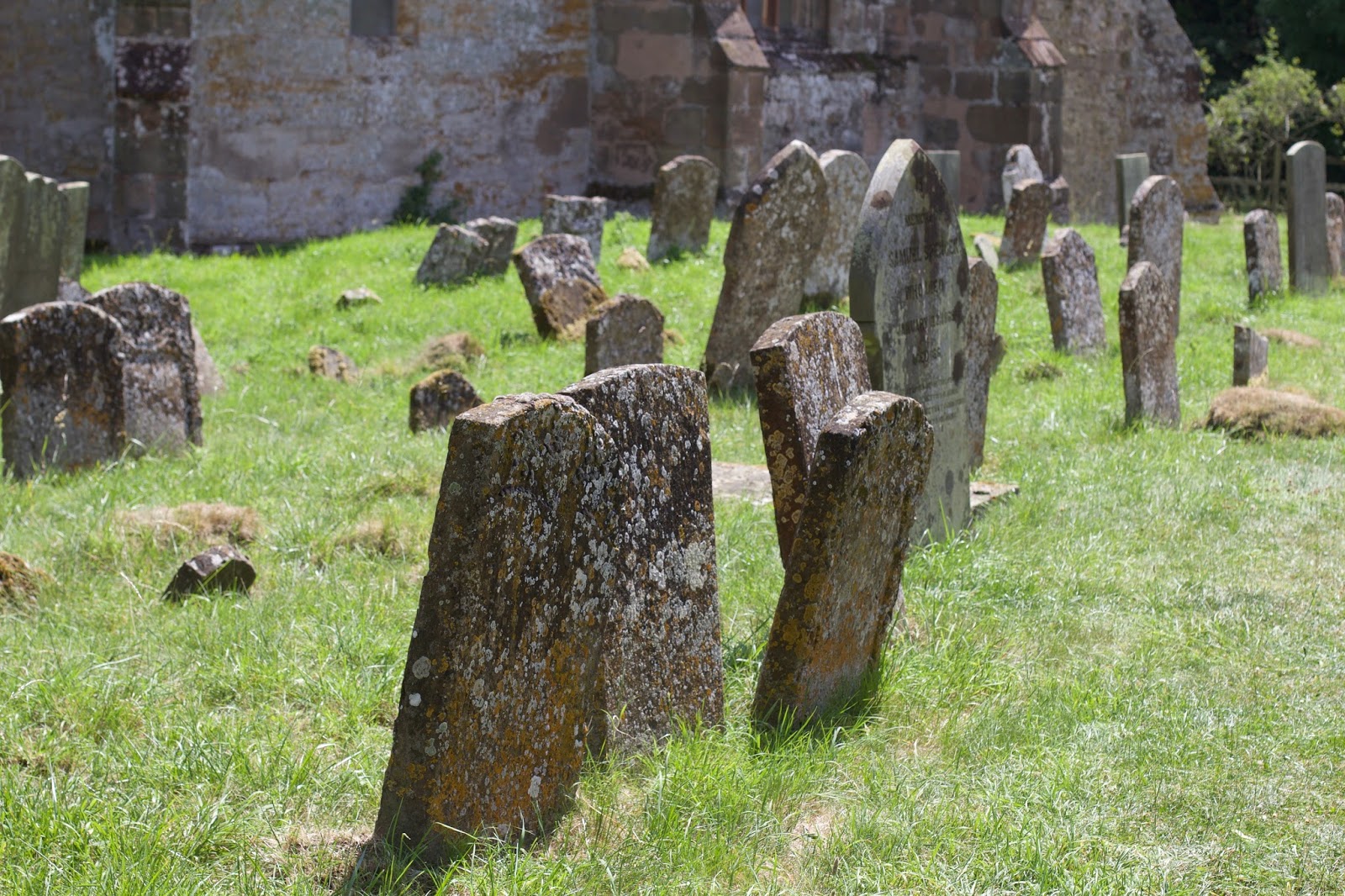 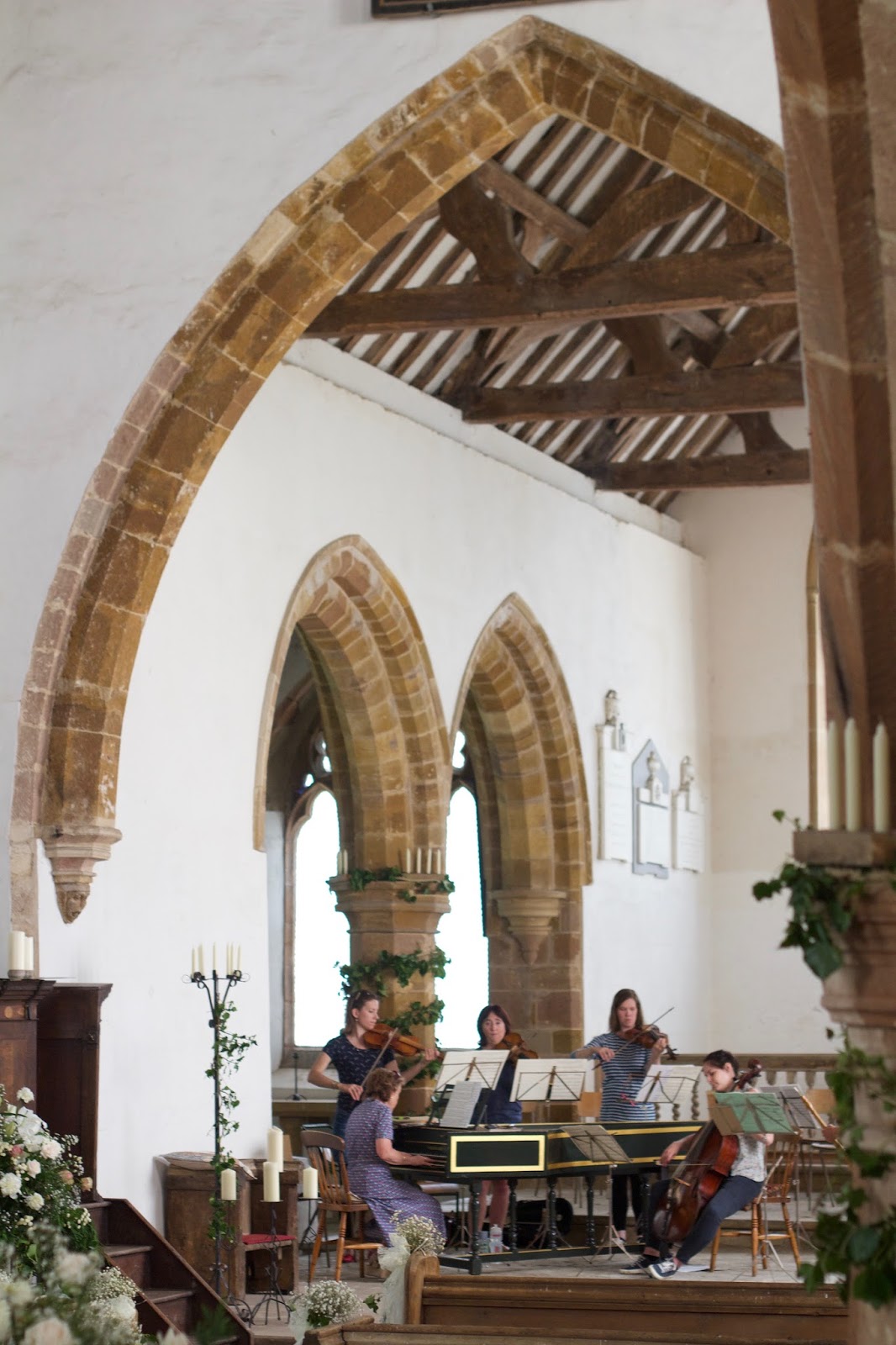 After rehearsals at the church, the choir and orchestra of ‘Fiori Musicali’, led by artistic director Dr. Penelope Rapson, walked to the nearby Boat House (situated between the Oxford Canal and the A45), to eat and get changed (into tails for the men). The guests for the wedding started to arrive and it became clear that the dress code would be Victorian.
The orchestra, choir and wedding guests walked from the Boat House to St Peter's Church in Wolfhampcote and were filmed by an overhead flying drone camera.

Upon arrival the group performed Handel’s ‘Passacaglia’ Op.5, No.4. Next the choir and orchestra played Bach’s ‘Jesu Joy of Man’s desiring’, complete with the slide trumpet part which doubles the voices. Gail Hennessy gave a sublime performance of Albinoni’s Oboe Concerto No.5 in B-flat. The music continued for some time until the (slightly delayed) entrance of bride. She walked into Jeremiah Clarke’s ‘Prince of Denmark’s March’ and the wedding ceremony began. 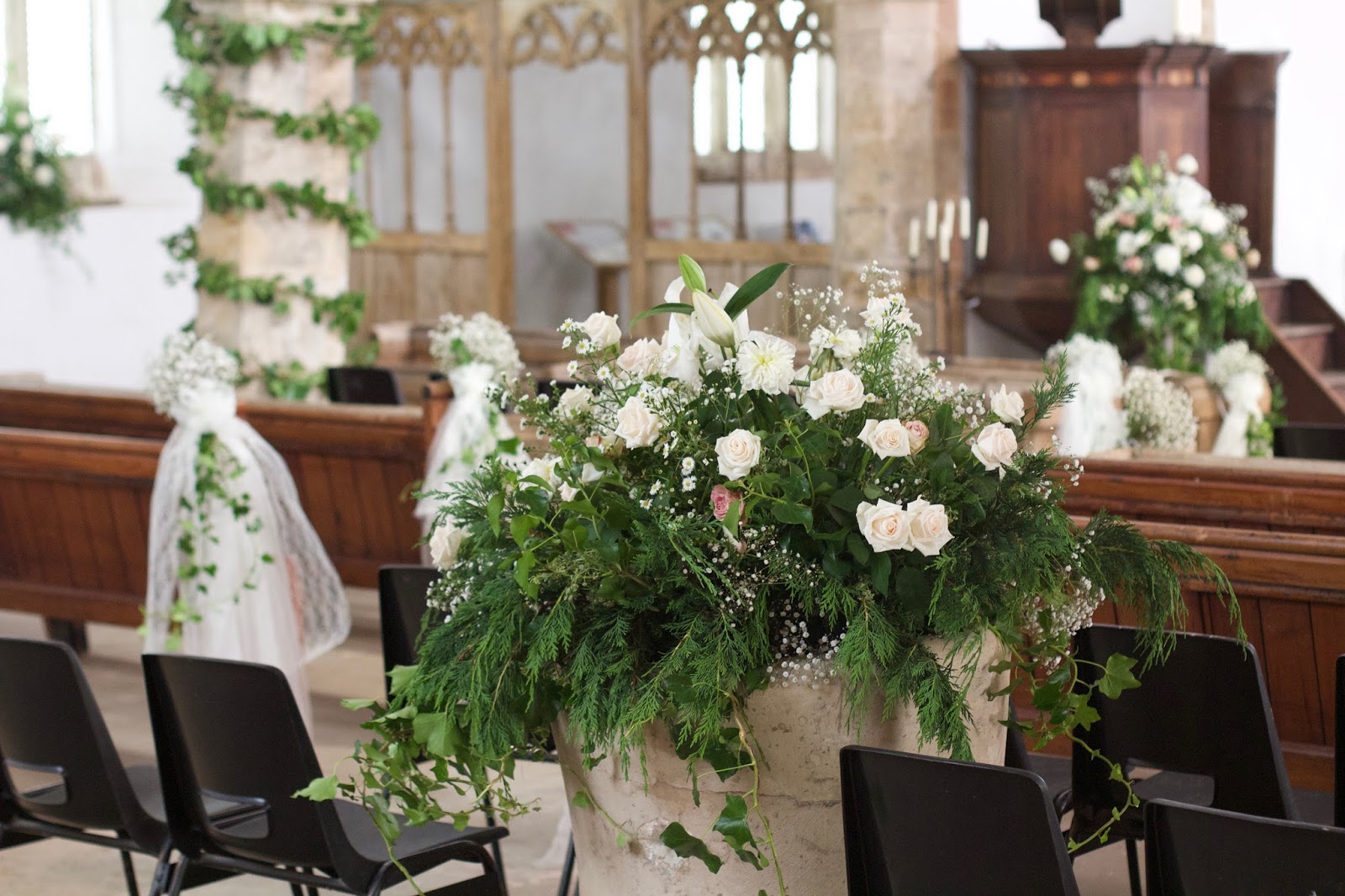 As there was no organ in this ancient and secluded church, the baroque orchestra also played the hymns for the service. I had to use a modern trumpet (which I had re-tuned to work at A=415Hz) to be able to play the hymns, including: ‘Cwm Rhondda’, ‘I vow to thee my country’ and I played a descant on the final verse of ‘Now Thank We All Our God’.

The orchestra and choir also performed during the Signing of the Register: 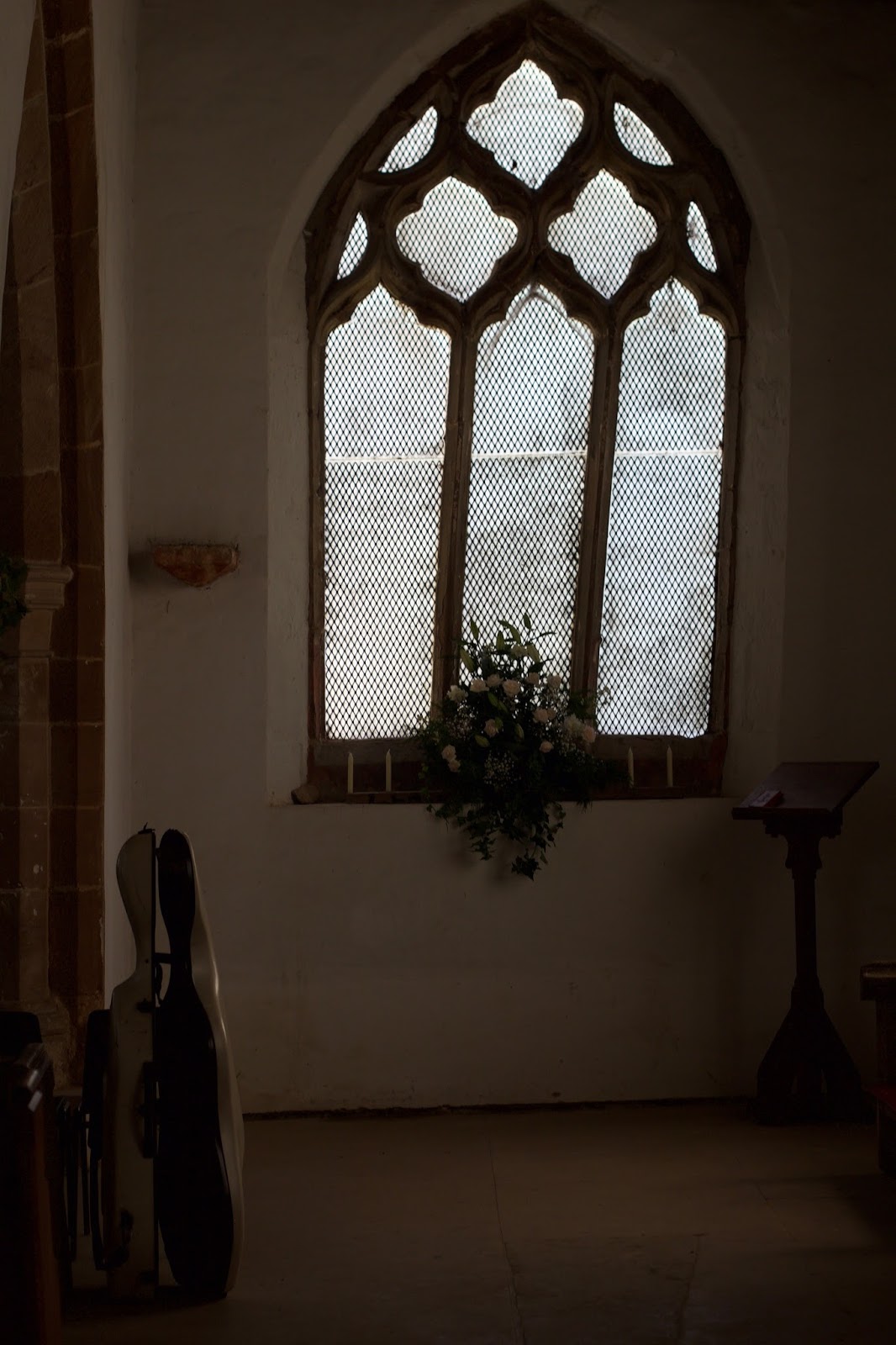 The happy couple and the congregation left the church to the jubilant opening movement of Vivaldi’s ‘Gloria’ played by the orchestra and choir of Fiori Musicali. 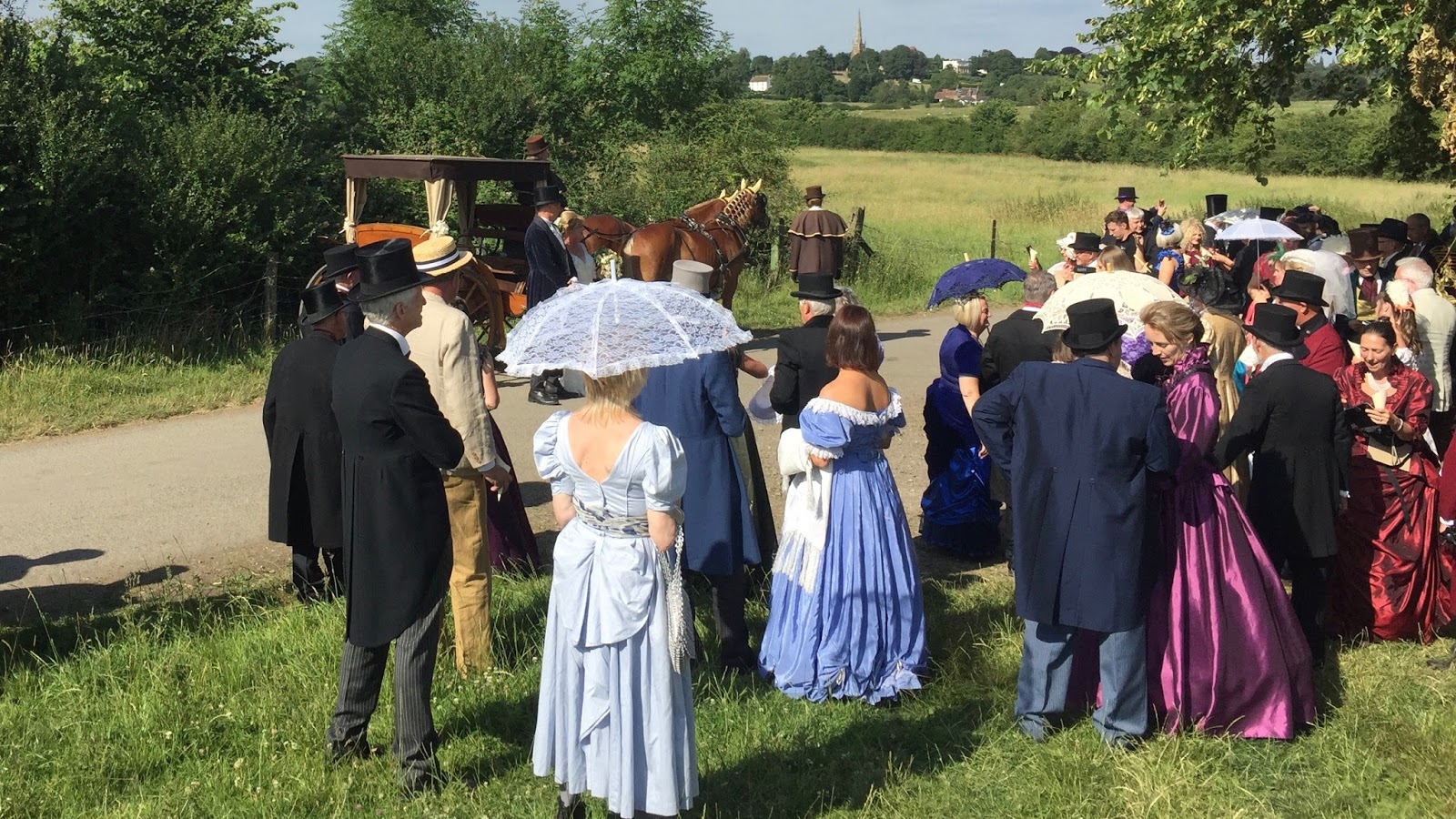 After the wedding performance, I drove to Cheltenham, ready for the performance with I Fagiolini the following day in the Cheltenham Festival.
Baroque, Modern Trumpet, Natural Trumpet, Wedding, Zugtrompete
Russell Gilmour