Thursday, 18 Jun 2015, 23:30
The London-based orchestra Ars Eloquentiae joined forces with the Fitzwilliam String Quartet to give several performances during a residency at St. Andrews University in Scotland. The project involved performing Gluck's 'Iphigéne en Tauride' with Byre Opera in the Byre Theatre in St. Andrews. There was a Bach project taking place simultaneously which included performing and recording the 'Credo' from Bach's B Minor Mass.

St. Andrews is an immensely photogenic venue and I enjoyed walking around this coastal town and taking photographs. It was also nice to see that the photograph I took of Ars Eloquentiae had been used on the publicity posters and they were displayed all around St. Andrews. In fact, a few of the members of the orchestra were so charmed by the town that they asked me to take a few publicity photographs of them with the pleasant surroundings of St. Andrews in the background. 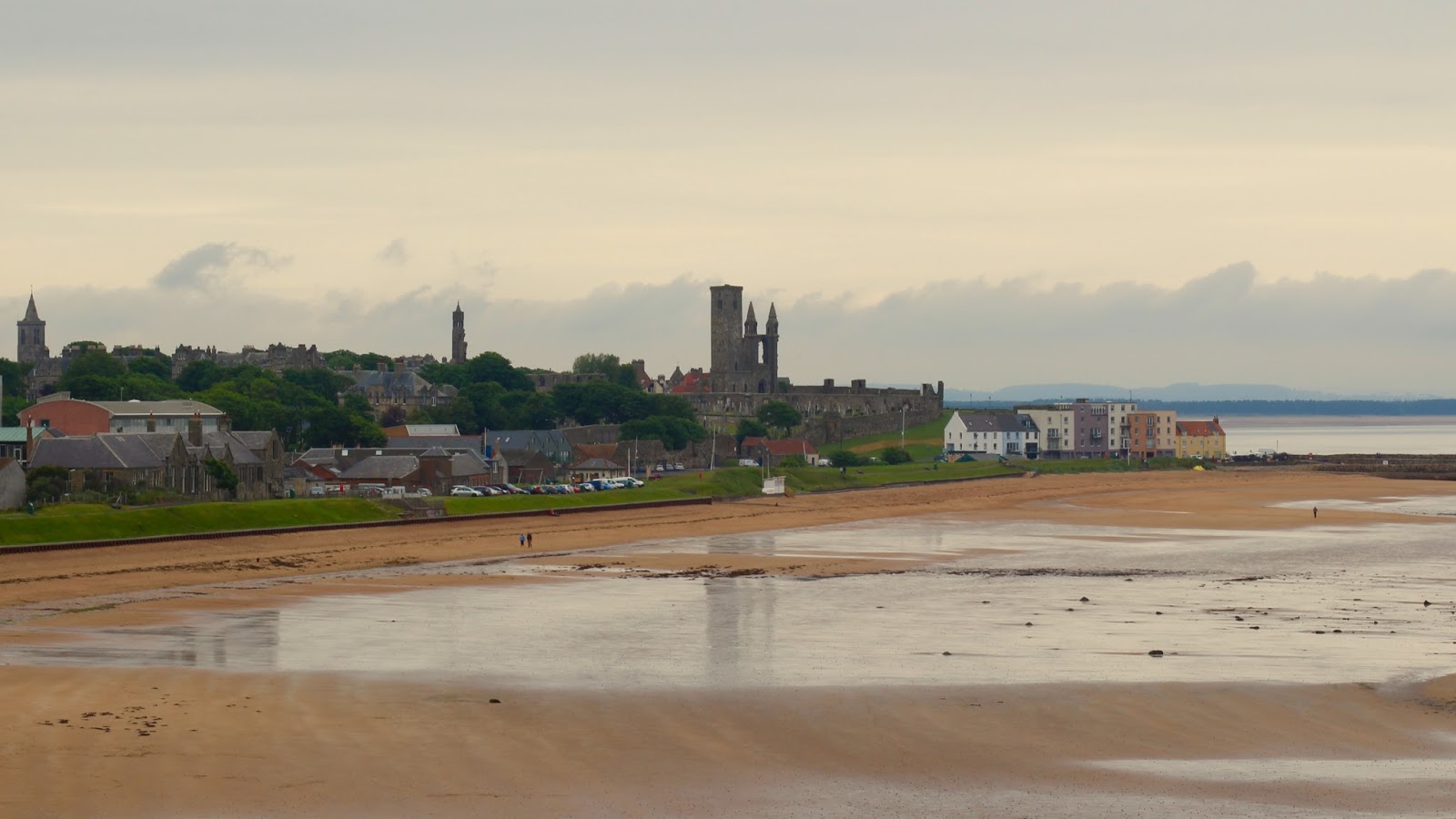 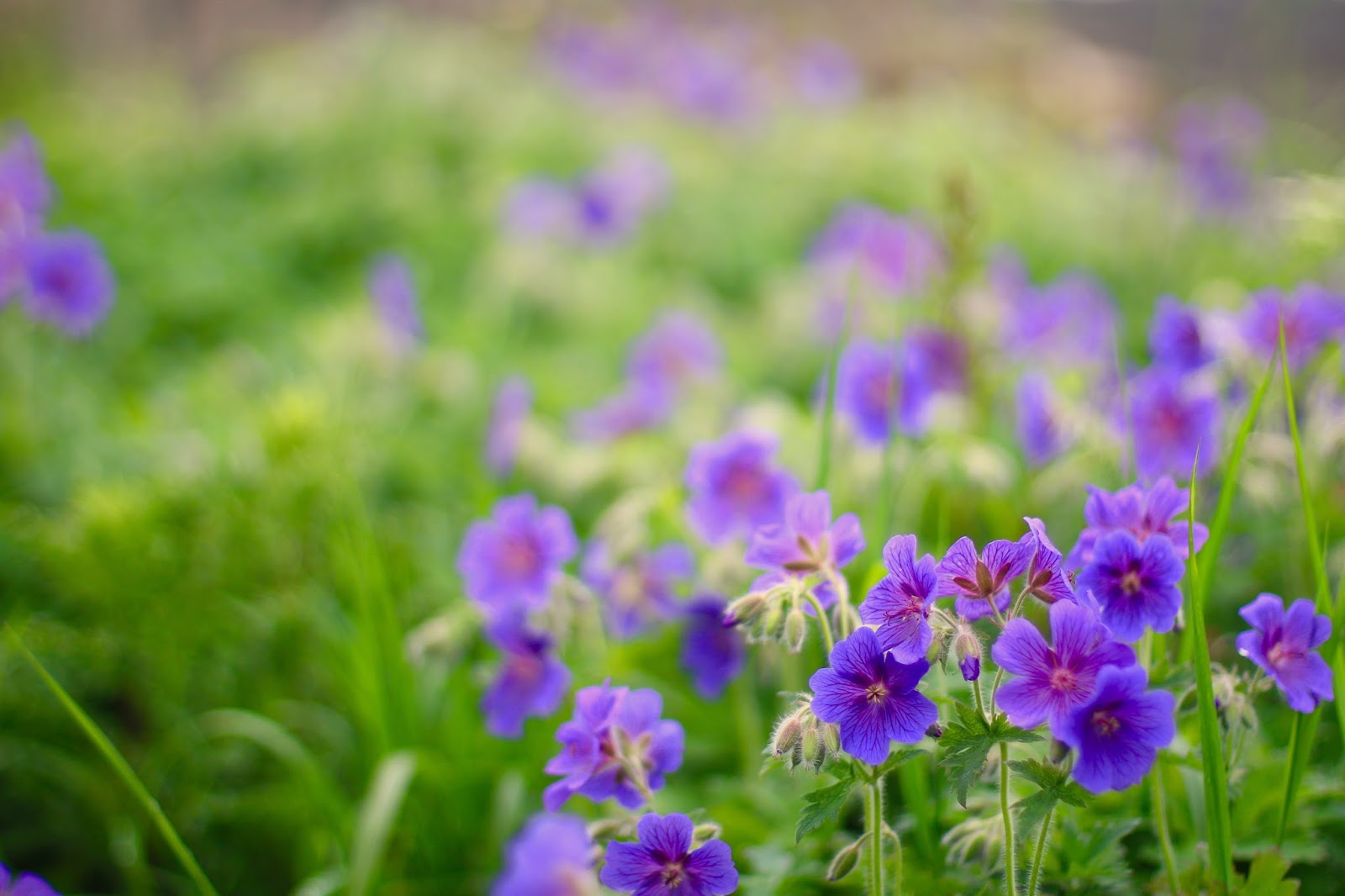 The week began with rehearsals for 'Iphigéne en Tauride' - an opera by Gluck that had been artfully translated from French to English by Byre Opera. Orchestral rehearsals began on Friday 12th of June, directed by Michael Downes at Younger Hall in St Andrews. 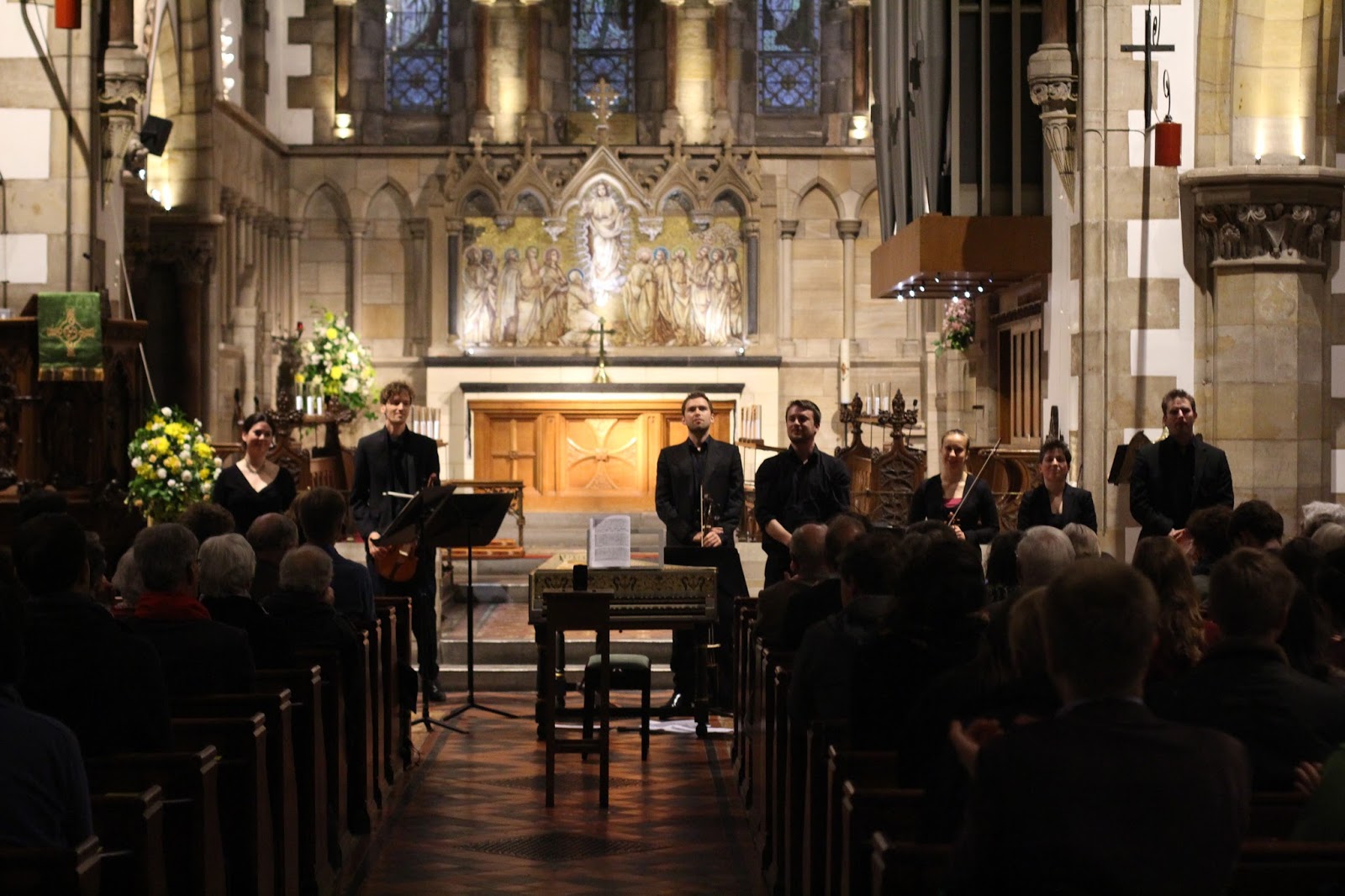 Saturday 13th of June involved more extensive opera rehearsals and a separate evening performance, given by some of the members of Ars Eloquentiae. Their concert was entitled 'Concerted Perspectives' and it included a Flute Concerto played by Georgia Browne, an Oboe Concerto played by Joel Raymond and a performance of Bach's 5th Brandenburg Concerto, which notably showcased Chad Kelly's harpsichord playing. 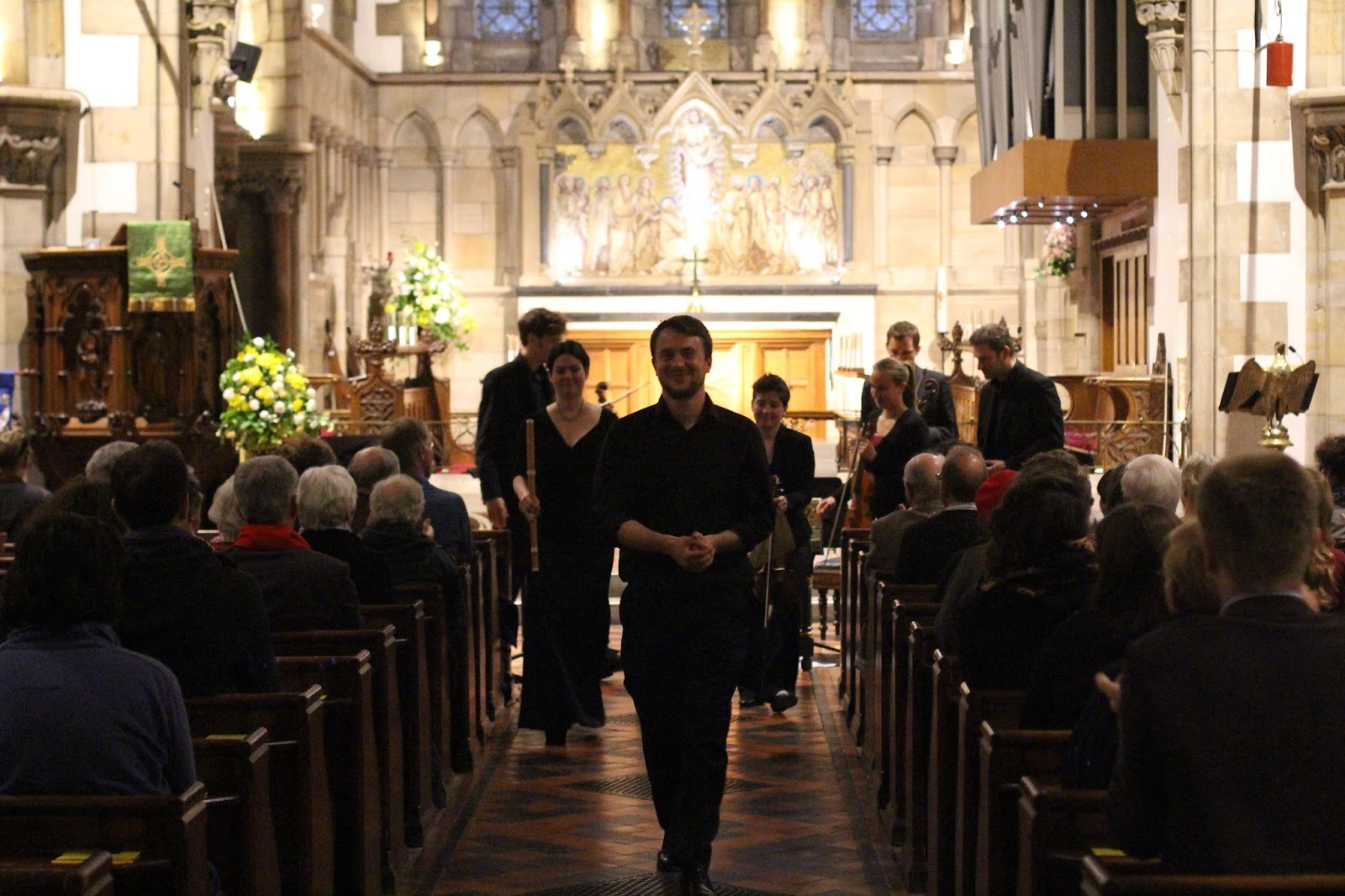 By Sunday, the Gluck opera was coming together well and the sitzprobe took place in the studio on the top floor of the Byre Theatre.

Monday morning was the dress rehearsal in-situ on the stage. This was the largest orchestra that had ever been involved in an opera in this theatre, so it had been necessary to move the harpsichord and timpani to one side of the stage and to move the horn and trumpets to the other side of the stage. Our distance from the rest of the orchestra was a slight issue at first, but it was remedied by using a sound monitor, so that we could still hear the orchestra when there was action on stage. Monday evening was the first performance of the opera. It was well-attended and it the show went well. There were several reviewers present and it later transpired that they gave positive remarks about the show - which helped to ensure that tickets for the remaining two performances were in-demand. 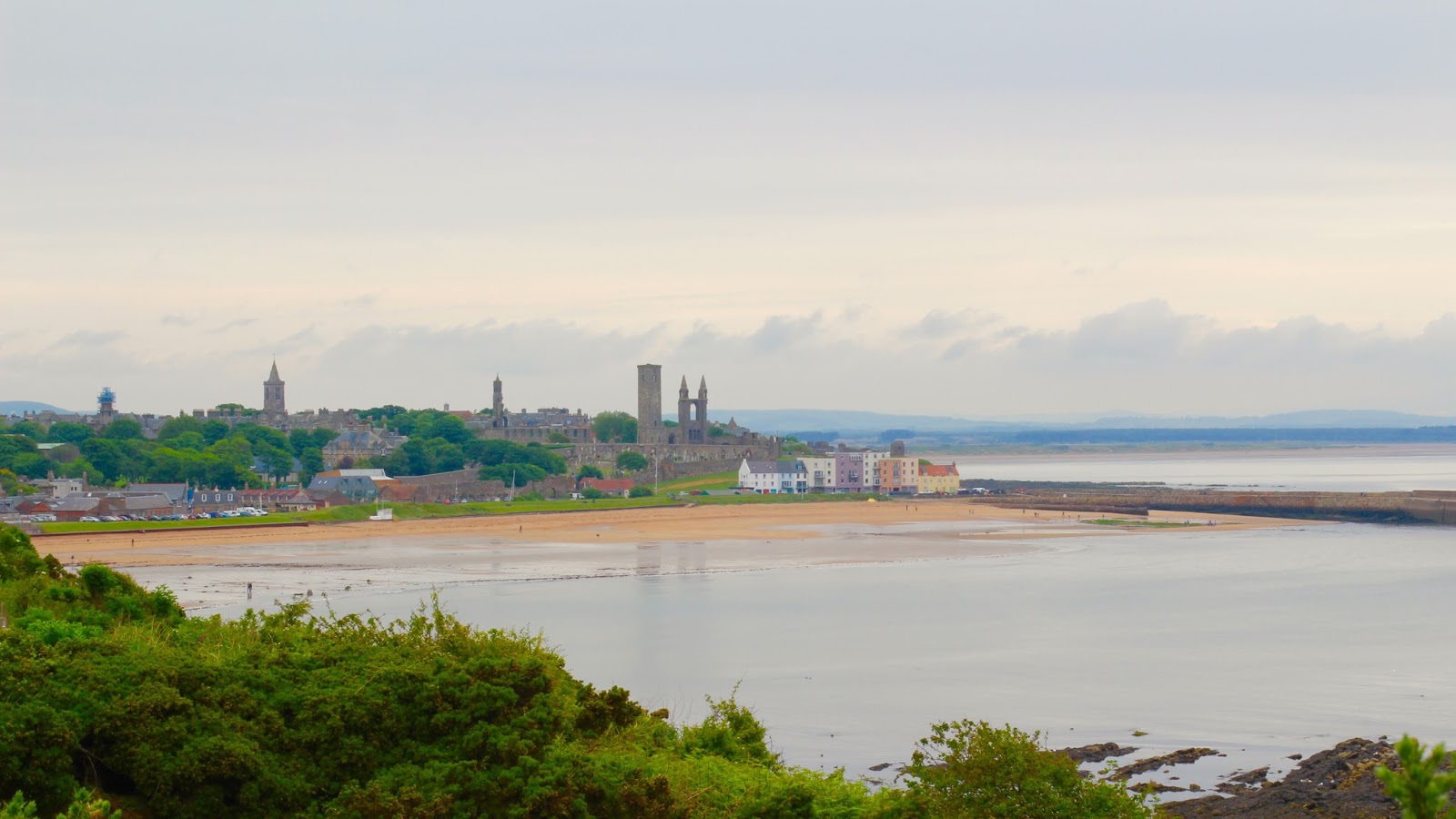 Tuesday was a day off from the opera and the organisers had arranged another performance. This concert, devised and directed by Tom Wilkinson, was entitled 'Bach's Credo'. The St. Salvator's Chapel Choir joined forces with the Fitzwilliam String Quartet and Ars Eloquentiae to give this performance on the evening of Tuesday 16th of June (incidentally the director's 30th birthday).

This programme ingeniously presented some of the lesser-known works that helped to inspire Bach's B Minor Mass. The programme notes explained the choice of repertoire and Bach's connection to them. The concert was a great success and the choir was excellent throughout. The orchestra had gone from playing in A=430Hz in the opera to A=415Hz (often on different instruments) for this programme. The orchestra had also grown in size with a small number of players joining us from the University of St. Andrews. The concert was a huge success and it sounded magnificent and in-keeping with the surroundings at St. Salvator's Chapel. 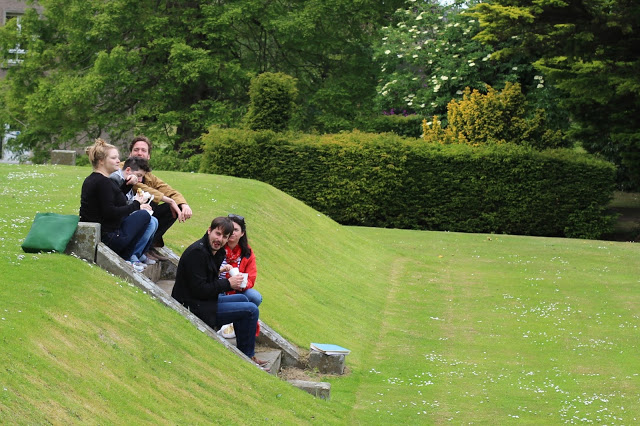 The following day, Wednesday 17th of June, involved recording this programme in Dundee - which was only a short coach ride away. The recording sessions took place in St. Salvador's Chapel in Dundee (notice the subtle difference between St. Salvator’s in St Andrews and St. Salvador's in Dundee). The recording producer was Adrian Hunter. The recording began with 'Ex expecto', then ‘Patrem omnipotentem’ and finally 'Et resurrexit'. All the movements involving trumpets were recorded consecutively, meaning that we wouldn't be required the following day. I would have gladly come back as the sessions were enjoyable. The snippets we heard from Adrian's monitors sounded promising. I am looking forward to hearing the recording when it is finished. We returned to St. Andrews after the recording session to take our places for the second opera performance.

For most of the orchestra, Thursday involved further recording sessions for the Bach Credo project -  but the trumpet and timpani section were free as we recorded all of the trumpet numbers yesterday. This meant that we only had the final performance of the opera to do. Most of the orchestra were planning to return on Friday but four of us only stayed for a few drinks after the performance on Thursday evening before heading to Leuchars station to catch the 23:25 night train to London.

It was an intense and enjoyable week in St. Andrews with an incredibly sociable orchestra, choir and cast. Thank you to all involved. It was lovely to spend time in this beautiful place and it is always nice to be near the sea. We stayed in very comfortable catered accommodation in the University Hall and enjoyed views of the nearby golf course. 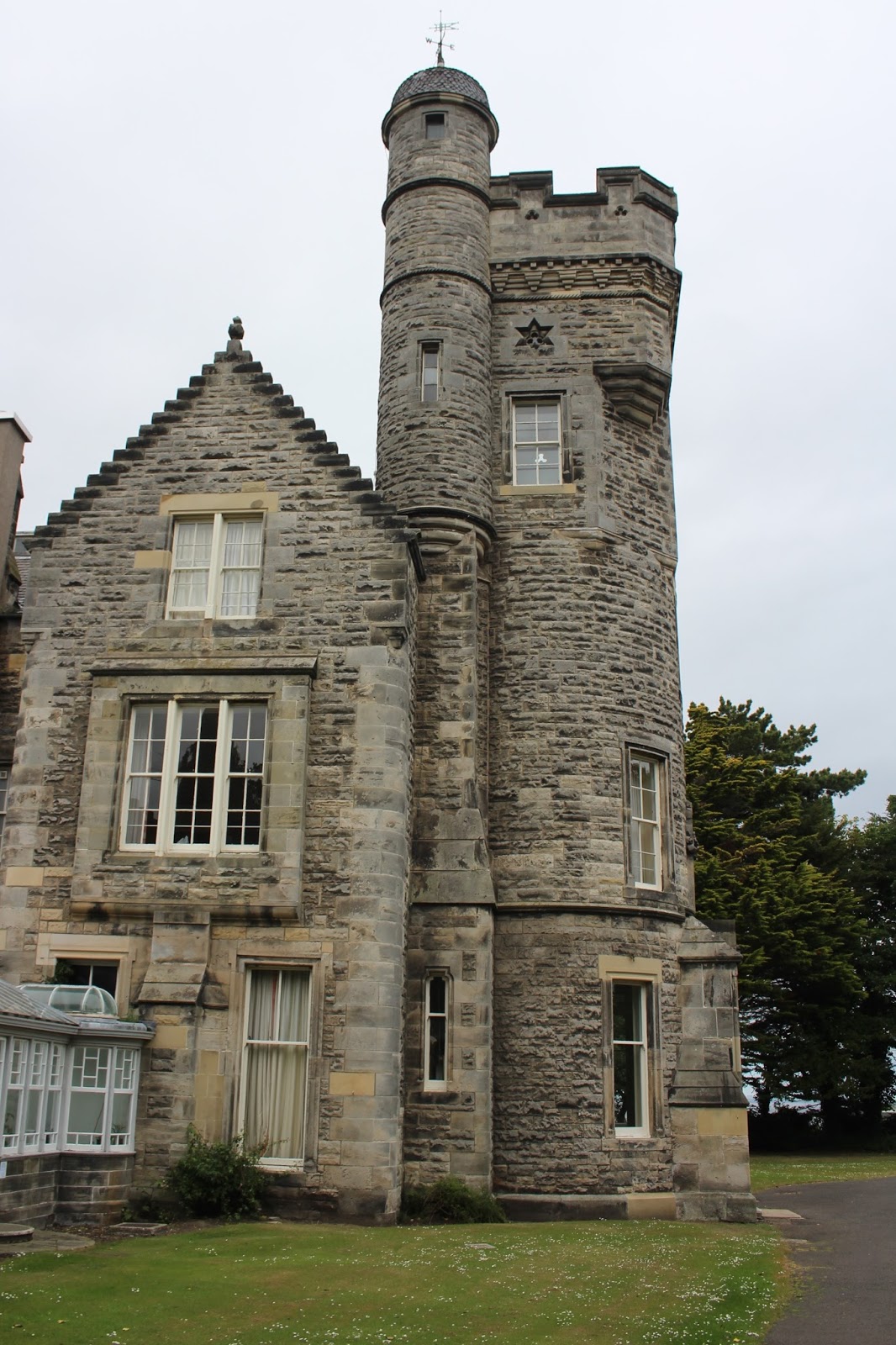 The atmosphere within the orchestra was great and the week in St. Andrews coincided with three orchestra members' birthdays. These were on consecutive days (15th-17th). Firstly it was John Crokatt's birthday - which was celebrated after the première in the St. Andrews Brewing Co. pub (a great find). The following day was Tom Wilkinson's 30th birthday which he celebrated with a grand party in the bar at the Byre Theatre. I celebrated my own birthday with a trip to the beach and a quick dip in the North Sea. After the busy day we had on Wednesday, this was an excellent way to unwind. 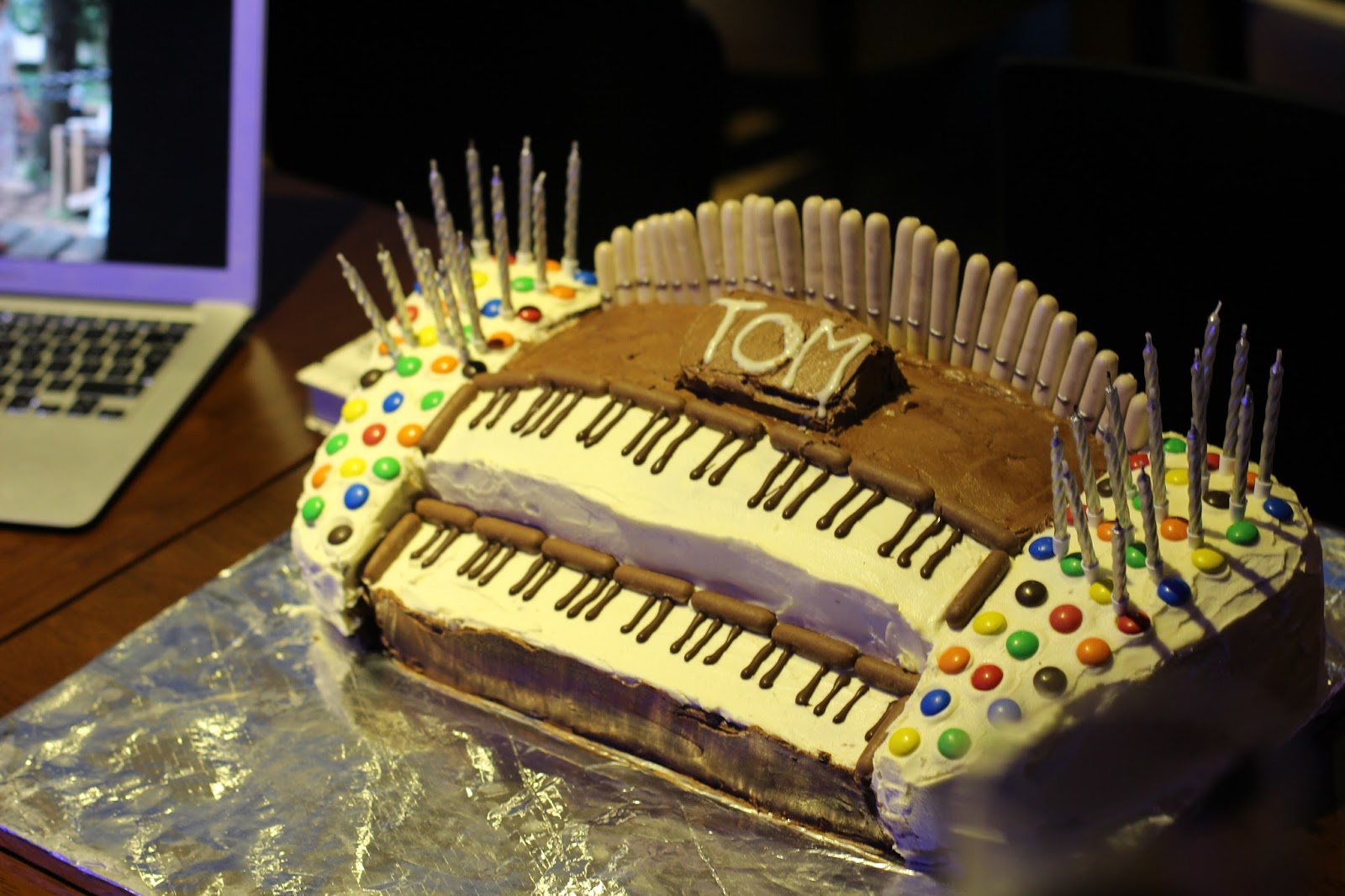 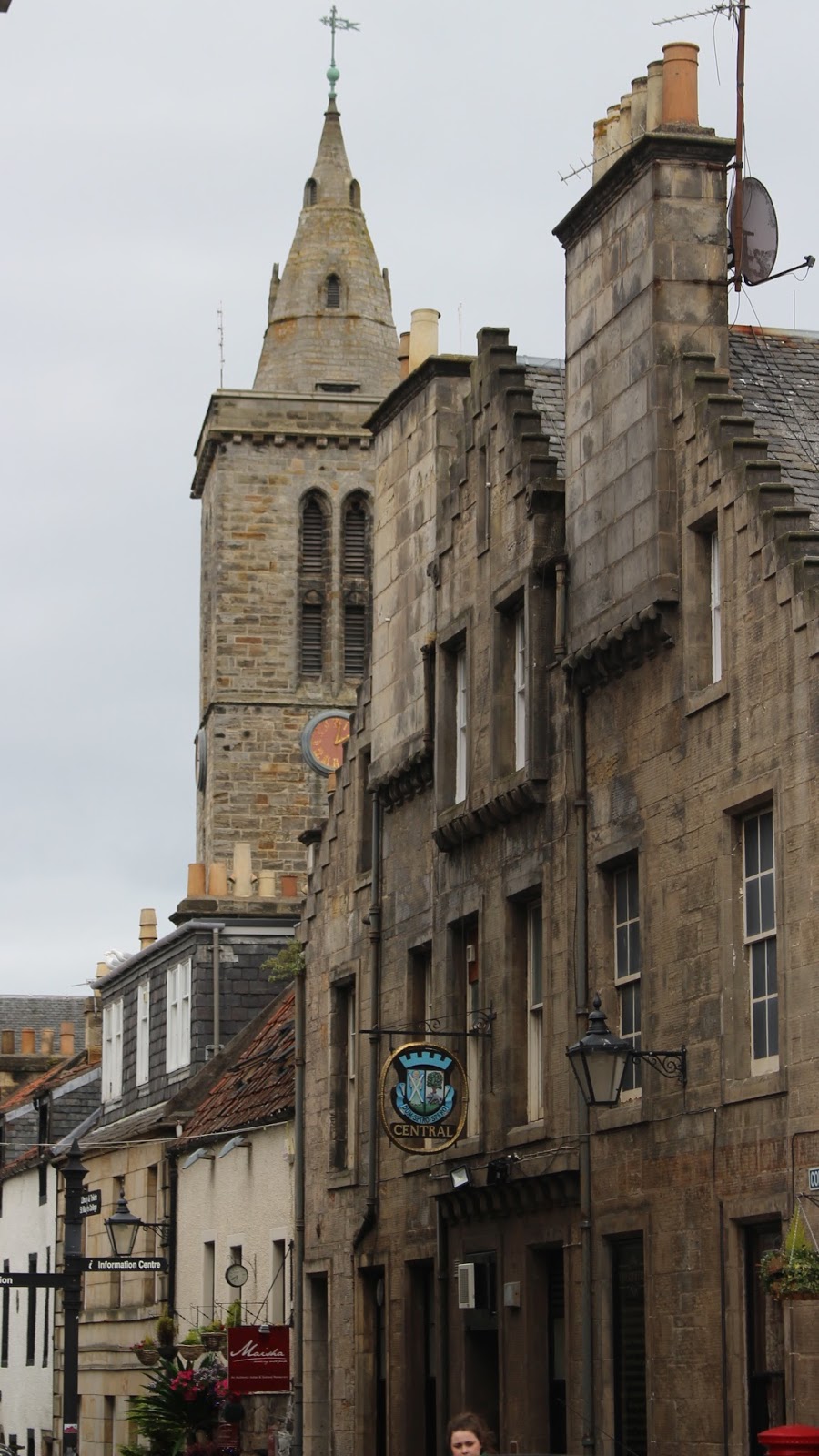 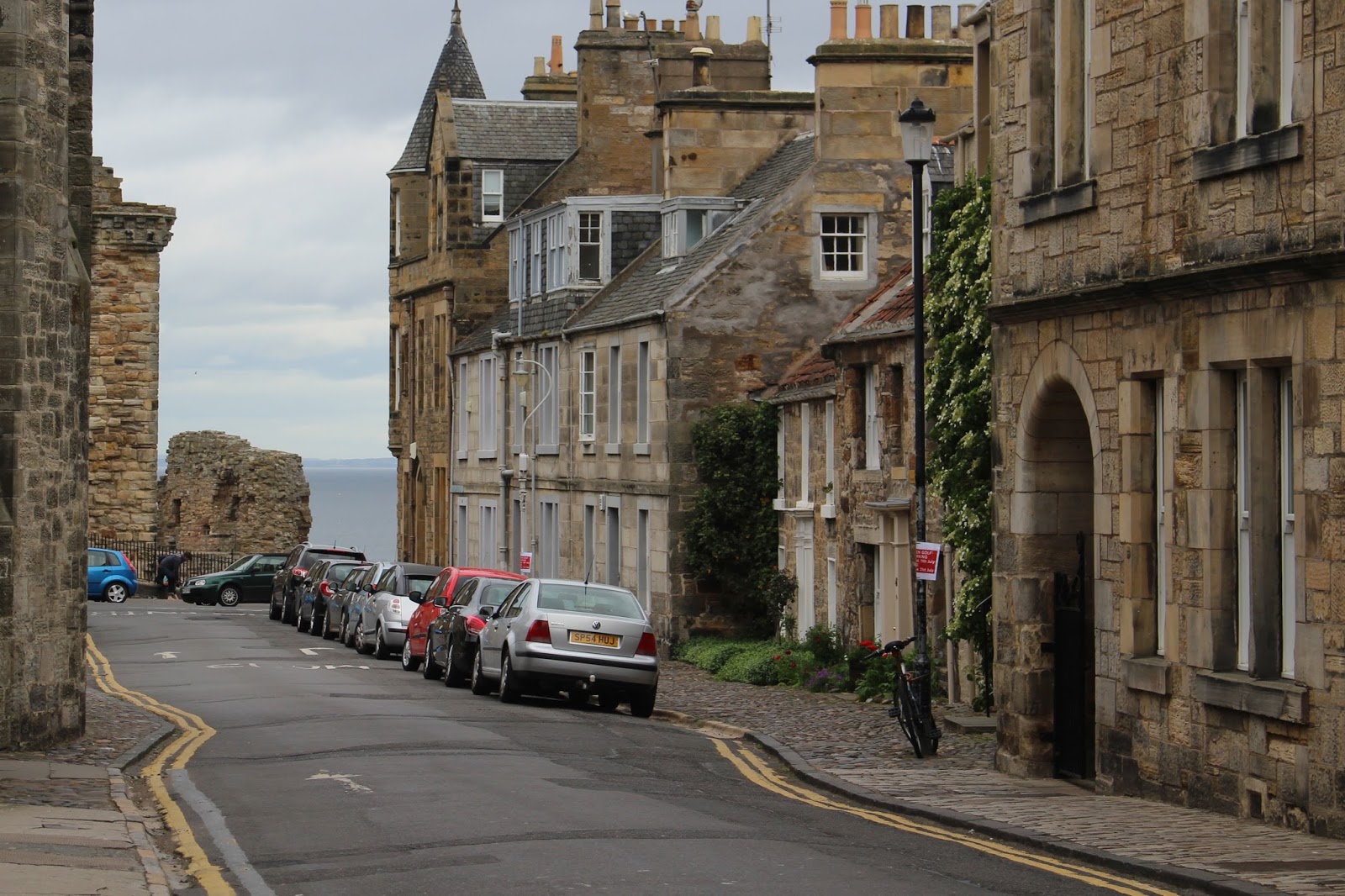 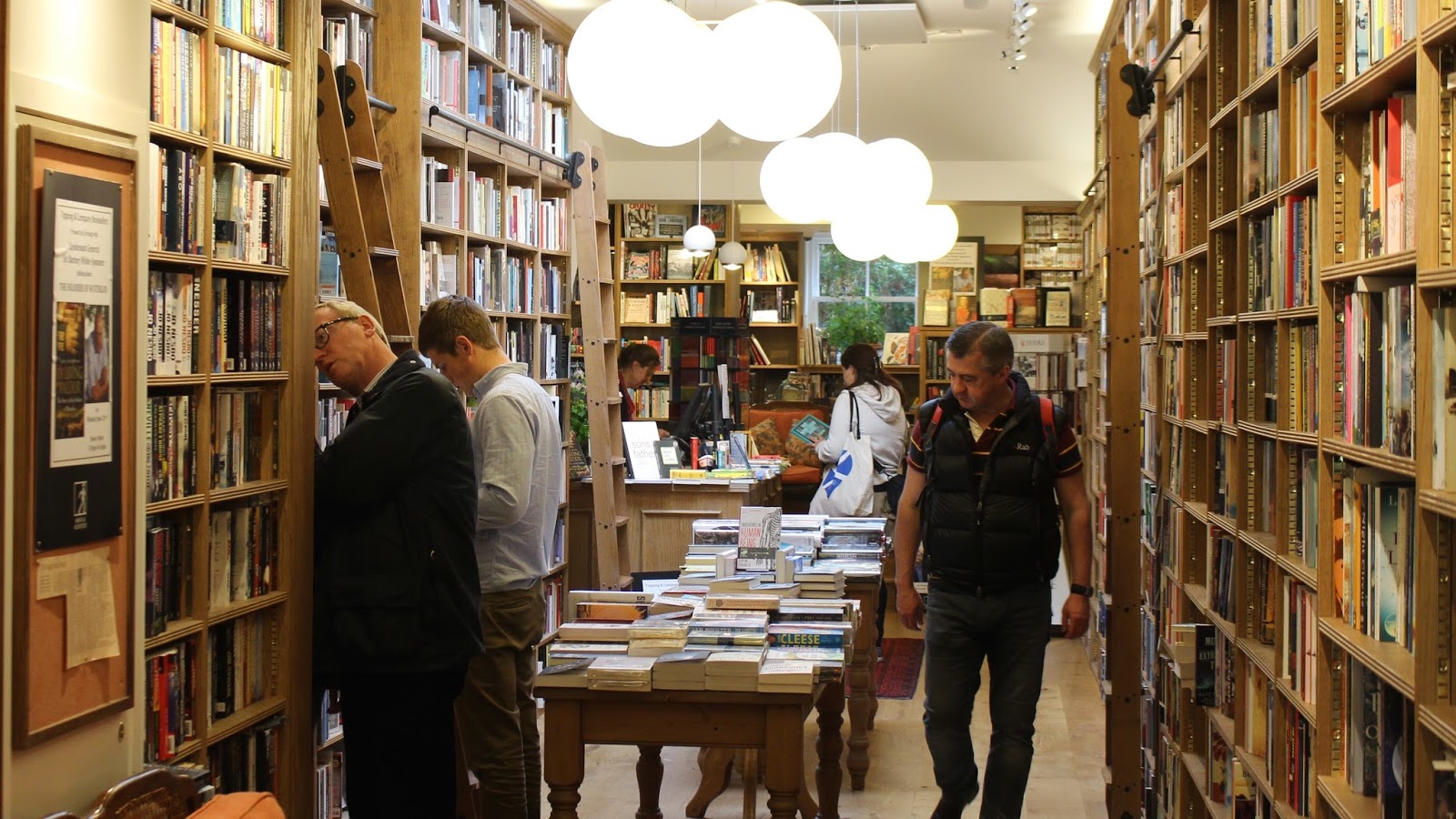 As I mentioned earlier, the members of this orchestra were very sociable. This, coupled with the extremely light evenings meant that we could enjoy a few evenings at the beach, playing frisbee and skimming stones after we finished for the day. See below for the humourous edited highlights...