Saturday, 13 Oct 2018, 21:00
Over the summer I had the pleasure of deputising with the Aurora Orchestra, playing first trumpet in a Mozart Symphony prior to their performances at Kings Place in London and at La Seine Musicale in Paris. I had been unable to play in the whole project on that occasion as it was around the time of my wedding so I agreed to deputise for just one rehearsal, which was most enjoyable. A few months later I was invited back to play with the Aurora Orchestra and I was fortunately available for the whole project - which would feature music by Mendelssohn and others.

Coincidentally, over the summer I had been in contact with trumpeter Crispian Steele-Perkins and we had resolved to meet up at some point after my wedding so that I could see his instrument collection, which I had been meaning to visit for years. I called him for another reason and it transpired that my call had been timely as Crispian had decided to sell a few instruments. I visited his home on the south coast to play several of his instruments. After a few days to mull things over I returned to buy his English Slide Trumpet by W. D. Cubitt Son & Co [c.1884-1886].

The English Slide Trumpet had been the main subject of my academic studies for the Master of Music Lecture Presentation at the Royal College of Music in 2012. The instrument I bought from Crispian had been on loan to the Royal College of Music Museum of Instruments while I was studying there. This was the instrument that I had practiced and played in my Lecture Recital (for which I was awarded a record-breaking mark). I was glad to finally be the owner of an English Slide Trumpet, and it was in good time before this Mendelssohn project with the Aurora Orchestra. 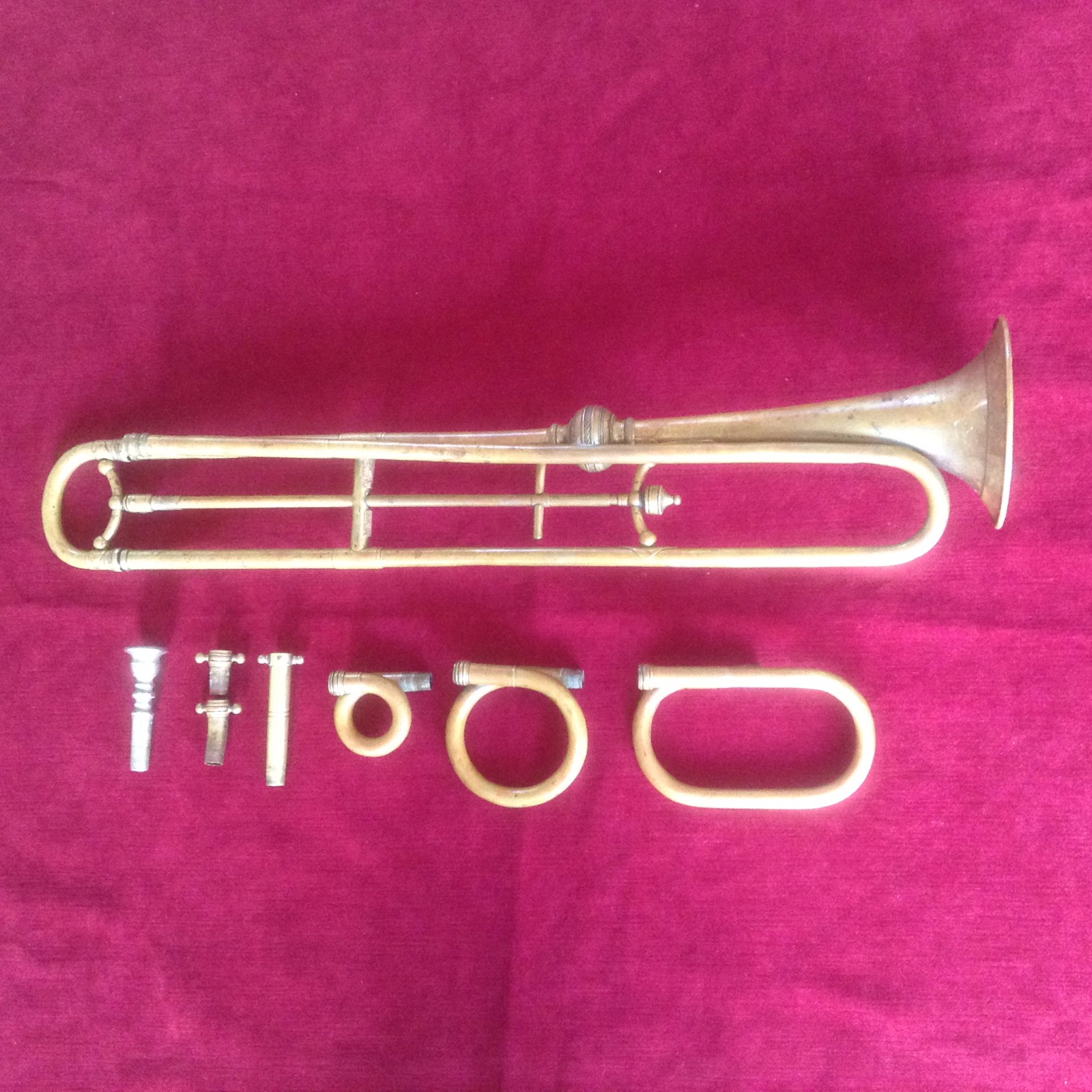 Mendelssohn - Hebrides Overture, Op. 26
Mendelssohn - (arr. Widmann) Andante from Clarinet Sonata in E-flat
Mozart - Piano Concerto No. 15 in B-flat, K450
Jörg Widmann - Fantasie
Mendelssohn - Symphony No. 1 in C minor, Op. 11
(Encore: Mendelssohn - Scherzo from Octet Op.20)
The kaleidoscopic artist: the composer, performer, and conductor. Mozart, Mendelssohn, and Jörg Widmann all exemplify these multiple roles with equal brilliance and flair. In this concert, Aurora Orchestra explores the music of these extraordinaires, from the 18th century to the modern day, with pianist Jean-Efflam Bavouzet and clarinetist Timothy Orpen.

From a young age, Mozart dazzled audiences with his prodigious talents at the keyboard and in composition. With his signature poise and dynamism, pianist Bavouzet illuminates the composer’s musical genius in the virtuosic Piano Concerto No. 15.

Praised by some as a 21st-century Mozart, Jörg Widmann is one of the most widely admired writer-virtuoso-conductors of our time. Aurora principal clarinetist Timothy Orpen performs the wildly inventive Fantasie for solo clarinet, a tour de force that exploits the full range and capabilities of the instrument.

At the heart of the programme are three works by another musical extraordinaire, Mendelssohn: the stormy Hebrides Overture inspired by the composer’s travels to the Scottish islands; the heartfelt Andante from the Clarinet Sonata (heard here in Widmann’s orchestral arrangement); and the fiery first symphony written by the composer at the startlingly young age of 15.

‘Bavouzet’s playing has precision, finesse and fiery elegance….’ The Guardian

We (trumpet section: Russell Gilmour, Matthew Williams and timpanist Henry Baldwin) were playing in the Hebrides Overture [Op. 26] and the Symphony No. 1 [Op. 11]. The Hebrides Overture is in B minor and so it utilises trumpet and timpani playing in the relative major key of D, which works well. Mendelssohn’s Symphony No.1 is in C minor and so it uses a trumpets in C, playing in the tonic key of the piece and avoiding the natural trumpet’s 5th harmonic in the tonic key (which would give an E instead of an E-flat in a C minor chord). So far, so good. A piece that had been selected as an encore was a re-scoring (by Mendelssohn) of the Scherzo from his Octet [Op.20] which had replaced the third movement of the symphony for the London première on 25th May 1829 (with Mendelssohn conducting).

Although the W. D. Cubitt Son & Co is a later example (from 1884-1886), the trumpet with a returning slide existed from as early as 1799 (or before). William Thomas Parke authored “Musical Memoirs; Comprising an Account of the General State of Music in England from the First Commemoration of Handel in 1784, to the Year 1830” and stated that the problem of tuning on the 11th harmonic had been solved by (or before) 1830:

“The favourite bass [and] trumpet song, “The Trumpet Shall Sound”, was uncommonly well sung by Signor Tasca, and was finely accompanied on the trumpet by Mr. Sarjant. The imperfect note on the fourth of the key on the trumpet has since been rendered perfect by Mr. Hydes’ [sic] ingenious invention of a slide.”

With that in mind, I decided to try using the English Slide Trumpet for the encore, the Scherzo from Octet [Op.20], (re-arranged for orchestra by Mendelssohn) in some of the rehearsals (though not performances for now). The part has some quite exposed Fs which I thought might be corrected by the slide and clock spring return mechanism on the English Slide Trumpet. It worked well in the rehearsal, and it was a great sound. I decided to use the more familiar natural trumpet (with finger holes, I have to admit) for the final rehearsals and performances. It was a great thrill to play on the English Slide Trumpet and to hear a correctly-tuned 11th harmonic with the purity of sound of the natural trumpet (without finger holes). 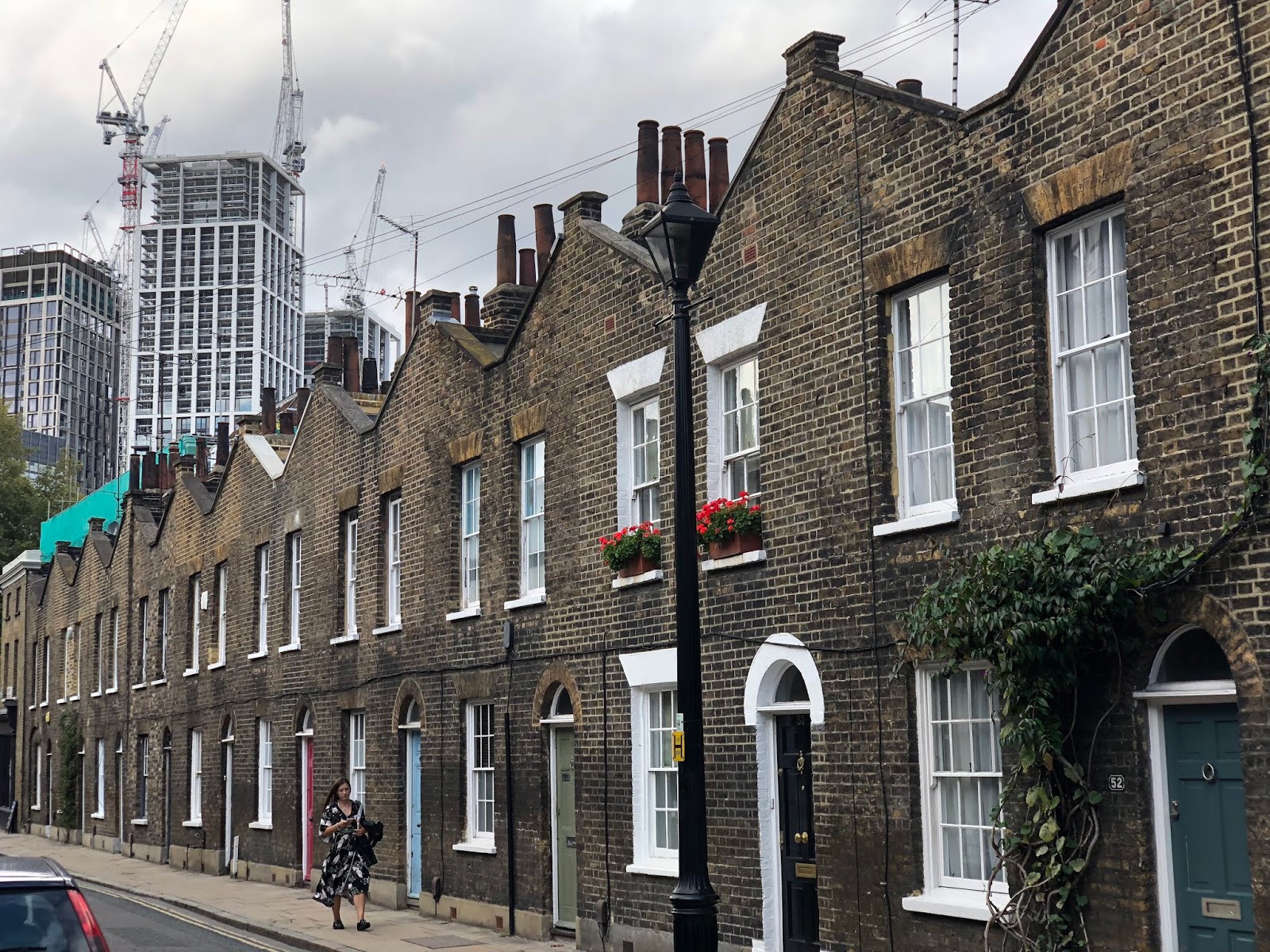 As you can probably tell I was very interested in this project and I really enjoyed the rehearsals thanks to conductor Nicholas Collon’s impressive and engaging rehearsal technique. After the rehearsals at the Warehouse (near London Waterloo) we performed the programme at the Colyer-Fergusson Hall in Canterbury Christ Church University (Friday 12th October 2018) and again at Kings Place in London (Saturday 13th October 2018). 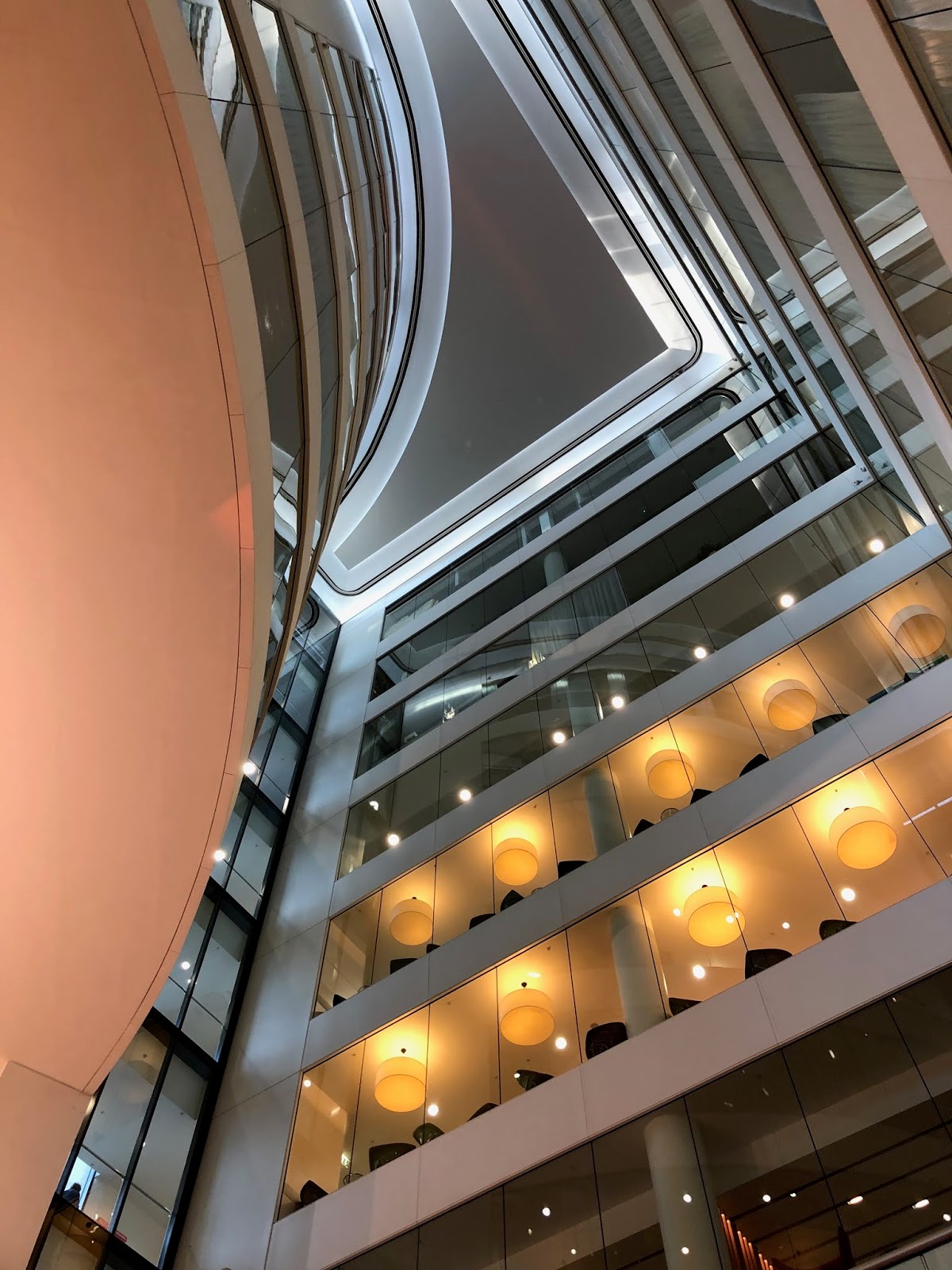 Nicholas Collon conducted the Aurora Orchestra for these performances entitled: ‘The Kaleidoscopic Artist: the composer, performer, and conductor’, with music by Mozart, Mendelssohn and Jörg Widmann who “all exemplify these multiple roles with equal brilliance and flair.”

I’ve now written a lot about the pieces I played in, but these were only a small essence of the overall concert, celebrating ‘The Kaleidoscopic Artist’. The fantastic pianist Jean-Efflam Bavouzet gave a wonderful performance of Mozart’s Piano Concerto No. 15 in B-flat [K.450]. Clarinettist Timothy Orpen performed Mendelssohn’s Andante from Clarinet Sonata in E-flat, arranged by Jörg Widmann. Timothy then performed a composition, entitled Fantasie, composed by the arranger of the previous piece Jörg Widmann. This piece introduced another level of the multifaceted musician, proving the adaptability of both composer/arranger and the stylistic versatility of the clarinettist Timothy Orpen.