Monday, 10 Dec 2018, 22:00
Music by three successive Leipzig Thomaskantors (incidentally, all with the first name Johann) was the focus of Solomon’s Knot’s performances in Advent 2018. Rehearsals for the programme entitled ‘Christmas in Leipzig’ began on 26th November 2018 at Holy Trinity Church on Prince Consort Road in London. The first public performance took place at St. Mary’s Church in the Lace Market, Nottingham on Saturday 1st December 2018 and we were welcomed back very warmly (and again very well-reviewed, see below) after an enjoyable performance of Bach’s B Minor Mass last year. 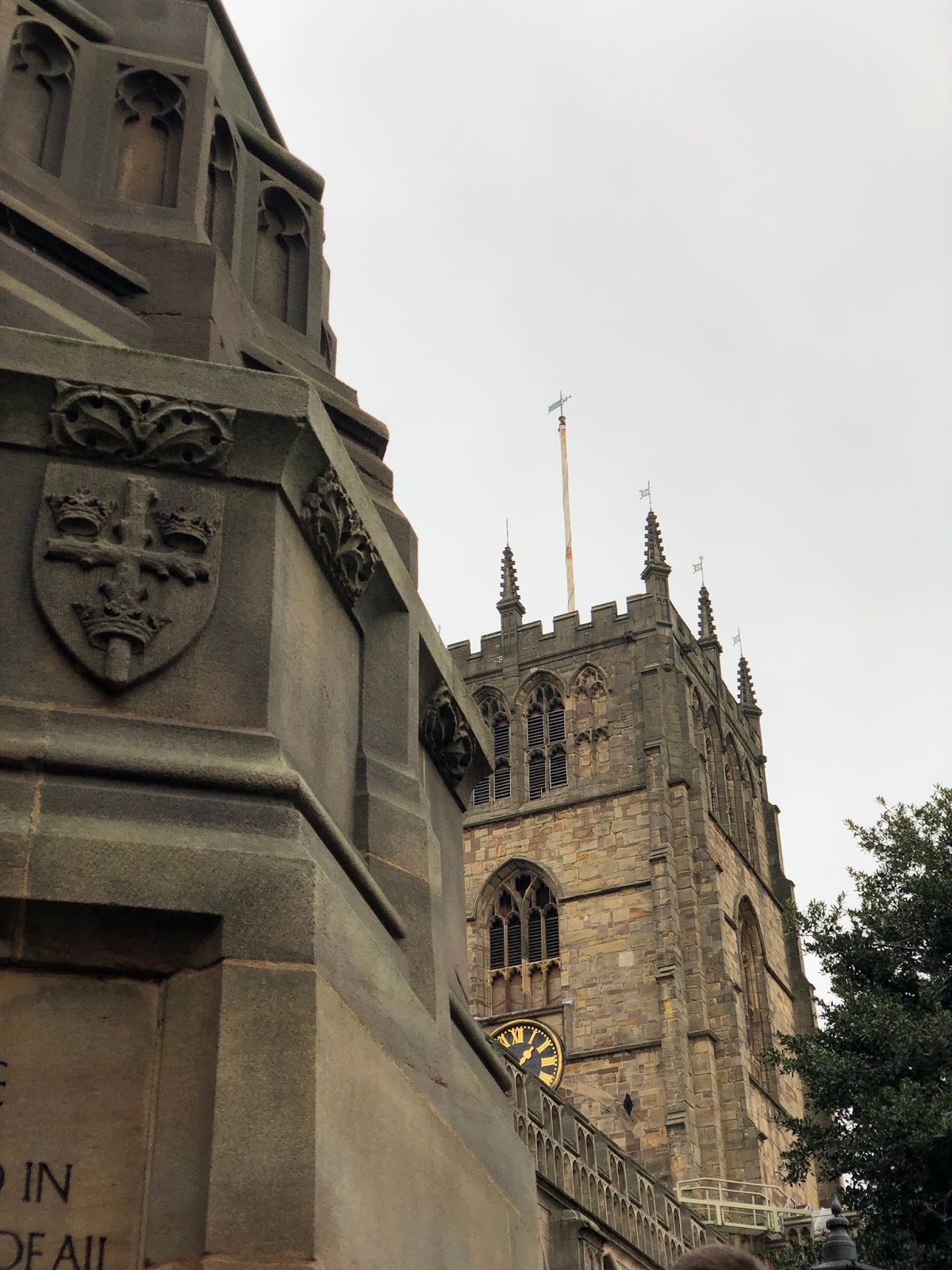 Johann Schelle - Machet die Tore weit
Johann Kuhnau - Magnificat in C major
Johann Sebastian Bach - Magnificat in E-flat major, with Laudes [BWV 243a]
We performed a similar programme at the Leipzig Bach Festival, back in June 2016, though on that occasion we played the 1723 Leipzig version of Bach’s Ich hatte viel Bekümmernis [BWV 21] instead of Kuhnau’s Magnificat. Now in Advent, we were also able to perform the Laudes in Bach’s E-flat Magnificat - festive and musically-brilliant additions to the work.

Three years on and it's still all about JSB - but there's also still much to enjoy in the Schelle & Kunhau (esp. that shimmering Vom Himmel hoch). More good stuff from @solomonsknot tonight. pic.twitter.com/NpY25TaMsm
— KO'N (@musicplaysfilms) 10 December 2018

Solomon’s Knot was sounding as polished as ever and now, with new publicity photographs taken by Gerard Collett last year at St. John’s Smith Square being used for the first time in print, the group was also looking very polished.

Programmes are all ready for tomorrow. Do join us and grab those last tickets for 'Christmas in Leipzig' at #MiltonCourt 7pm https://t.co/8DGj1yhKVX pic.twitter.com/wBJ2sbFKjB
— Solomon's Knot (@solomonsknot) 9 December 2018

After the performance in Nottingham, many of the members of Solomon’s Knot prepared to disperse individually across the UK and the rest of Europe for a plethora of different projects (during which Will Russell and I performed in Versailles) before regrouping on the 10th of December 2018 at London’s Milton Court, part of the Barbican centre.

Solomon’s Knot loves a challenge and Monday 10th December 2018 was a perfect example. Milton Court was set up with microphones and the performers arrived for a short balance session which ran straight into a pre-recording session. We spent the time on the Bach and the Schelle and had run out of time to cover the Kuhnau before the performance - though we knew it fairly well from performing it in Nottingham on the 1st of December. The evening performance was to be recorded for a CD release and it was being filmed by a professional camera crew. The concert began with an eloquent plea from Jonny Sells, who politely asked the audience to keep any noise to a minimum. The result was astonishing and we had one of the most silent and obedient audiences I can remember.

Many thanks to our extremely well-behaved and quiet audience last night! We hope that no one hurt themselves stifling coughs or sneezes... it certainly saved time in our short patching session afterwards. Can’t wait to hear the recording! #ChristmasInLeipzig #LifeOnTheEdge pic.twitter.com/IhJOrZKh3P
— Solomon's Knot (@solomonsknot) December 11, 2018

There were wonderful individual moments, particularly from bassoonist Inga Klaucke, though many of the reviewers felt, as I did, that the whole was greater than the sum of its parts. Those words are so often heard in conjunction with Solomon's Knot.

“The combination of counter-tenor and tenor in ‘Et misericordia’ (Czerniawski and Davoren) was pure magic Solo instrumental contributions were superb throughout; perhaps it is worth singling out bassoonist Inga Maria Klaucke in ‘Quia fecit mihi magna’ for her sense of style and wonderfully, tastefully decorated lines. The trumpet contributions (Russell Gilmour) in ‘Suscepit Israel’ shone. But this was a case of the whole being greater than the sum of its parts: when all came together, as in the flawless moving of material from one musician to another in the ‘Gloria Patri’ or in the supremely even fugue of ‘Sicut locutus est’, or in the positively joyous ‘Sicut erat in principio’, there was the palpable impression that this was Baroque performance at its very highest standard.” - Colin Clarke -Solomon’s Knot Give a Superb Celebration of Christmas in Leipzig - Seen and Heard International

Our well-established trumpet section of Russell Gilmour, William Russell and Gareth Hoddinott had honourable mentions for our roles in Schelle's Machet die Tore Weit and in the Bach Magnificat, and we barely put a foot wrong all evening - in fact, none of the patches requested by the producer in the patching session afterwards were directly for our benefit, though we were glad that a few of the patches asked for by a consensus coincided with sections that we felt might be worthy of another take.

“[Machet Die Tore Weit]…radiant and touching, the trumpets-and-drums interludes soft-grained and gentle rather than strident…” - David Kettle - An absolute joy of a Christmas concert at Milton Court - The Telegraph ★★★★

I always find it rewarding when reviewers use words like rejoice, joyous or enthusiastic, as I hope that the passion we have for Bach's music comes across.

“The moment the trumpets started rejoicing at the start of his [Bach’s] Magnificat, BWV 243a (the work’s original, longer, E-flat major version), we were lifted into another world — a world beyond decorative competence, where even a bassoon (impressively handled by Inga Maria Klaucke) gets its moment in the sun.” - Geoff Brown - Review: Solomon’s Knot at Milton Court, EC2 - The Times ★★★★★

I had invited one of my former teachers to the performance. He thoroughly enjoyed it, was suitably impressed that the singers performed from memory, and was very praising of the trumpet section. It is always touching when friends and colleagues are in the audience, and having a former teacher there means so much too. They know the job and the pressures that you are under, so to receive positive feedback from someone who has been in your shoes means a great deal. 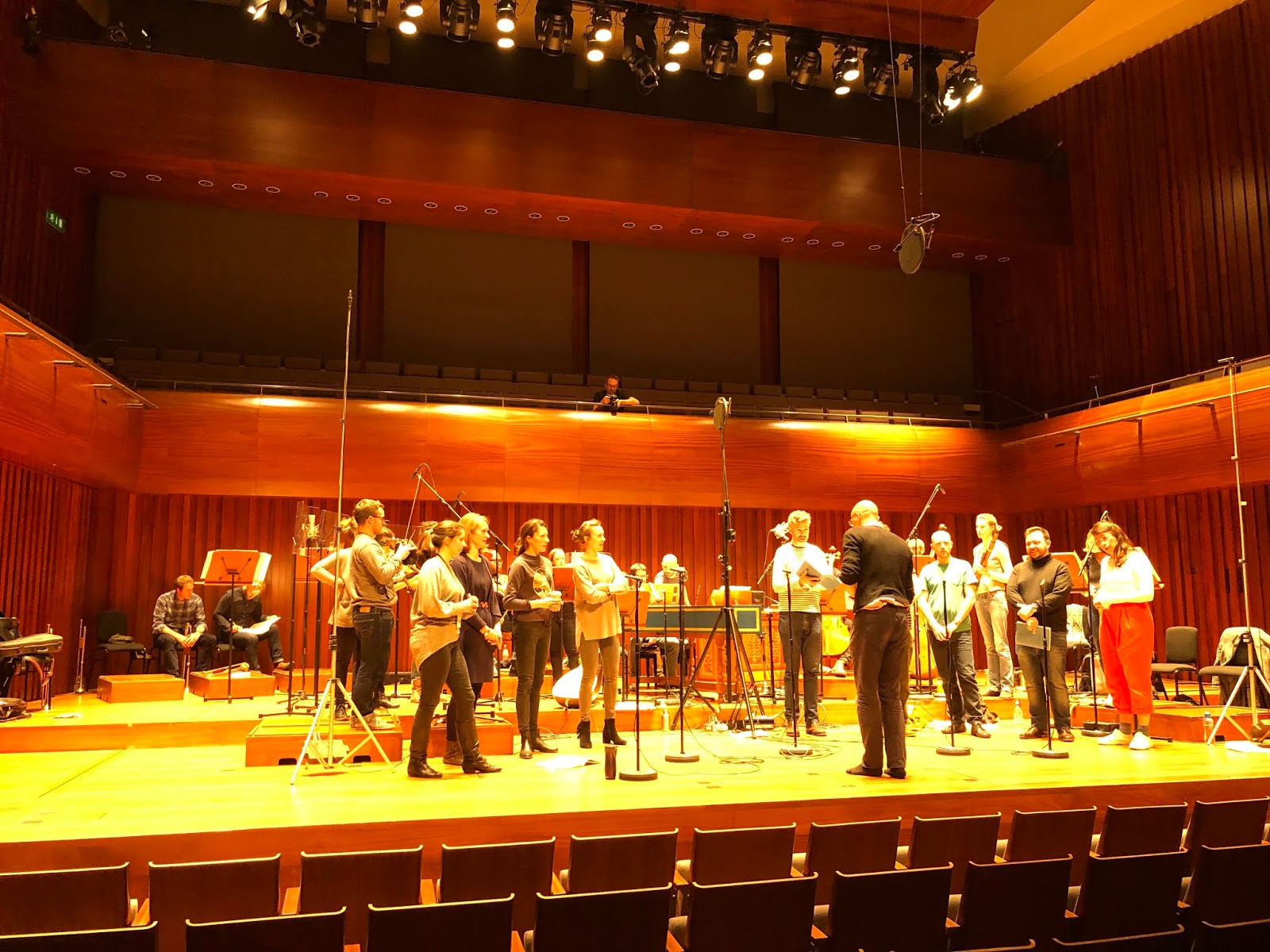 Despite the pressures of microphones, video cameras, engineers, producers, time constraints, memorisation, doubling instruments (oboe/bassoon on recorders, myself on the single slide trumpet) and the temperature affecting the tuning of the keyboard (and other) instruments in much of the rehearsal, Solomon’s Knot rose to the challenge and gave an outstanding performance of the three works to an incredibly appreciative audience.


The evening was not quite over as we had a post-concert patching session. Never before have we been so focused on the task in hand, as the finish line was in sight. I was very proud of our trumpet section and I think all three of us respond well to a challenge.

Solomon's Knot managed to keep a performance and recording-level of concentration, with few breaks, for around seven or eight hours that day. Never before has a post-concert pint of ale felt so well-deserved, for all involved. The Two Brewers on Whitecross Street saw a miniature deluge of exhausted and relieved musicians - visibly tired but inwardly beaming with a sense of fulfilment after a demanding and highly rewarding day. It was great to see so many friends and colleagues in the Two Brewers afterwards, many of them had been to support us for our concert, and others were performing with the Royal Shakespeare Company at the Barbican Hall. It’s great when you bump into people you haven’t seen for years.

We're looking forward to a very exciting-looking diary for 2019 with Solomon's Knot.