Tuesday, 24 Apr 2018, 21:00
I was invited to perform in Groningen and Hamburg with the Gabrieli Consort and Players, directed by Paul McCreesh. They performed 'King Arthur or The British Worthy - A Dramatick Opera' by Henry Purcell and John Dryden. The group performed this piece using a new Concert Performing Edition by Christopher Suckling & Paul McCreesh which included some additional music from Purcell’s ‘Dioclesian’ of 1690, written the year before King Arthur (1691).

After meeting at Schiphol Airport, I travelled to the city of Groningen in the northern Netherlands with the Gabrieli Consort and Players, arriving at around 22:00 on Sunday 22nd April 2018. With no rehearsal until 15:00 on Monday 23rd April 2018, this allowed a leisurely morning and early afternoon to explore this wonderful city. Groningen is one of those Dutch cities where it certainly pays to look up at the architecture, though contending with bicycles (moving and stationary), uneven cobbles and tree roots in the proximity of unfenced canals makes this rewarding pastime somewhat more challenging for the pedestrian. Despite being potentially treacherous, the prevalence of canals, bicycles and trees makes Groningen a green and relatively quiet city. 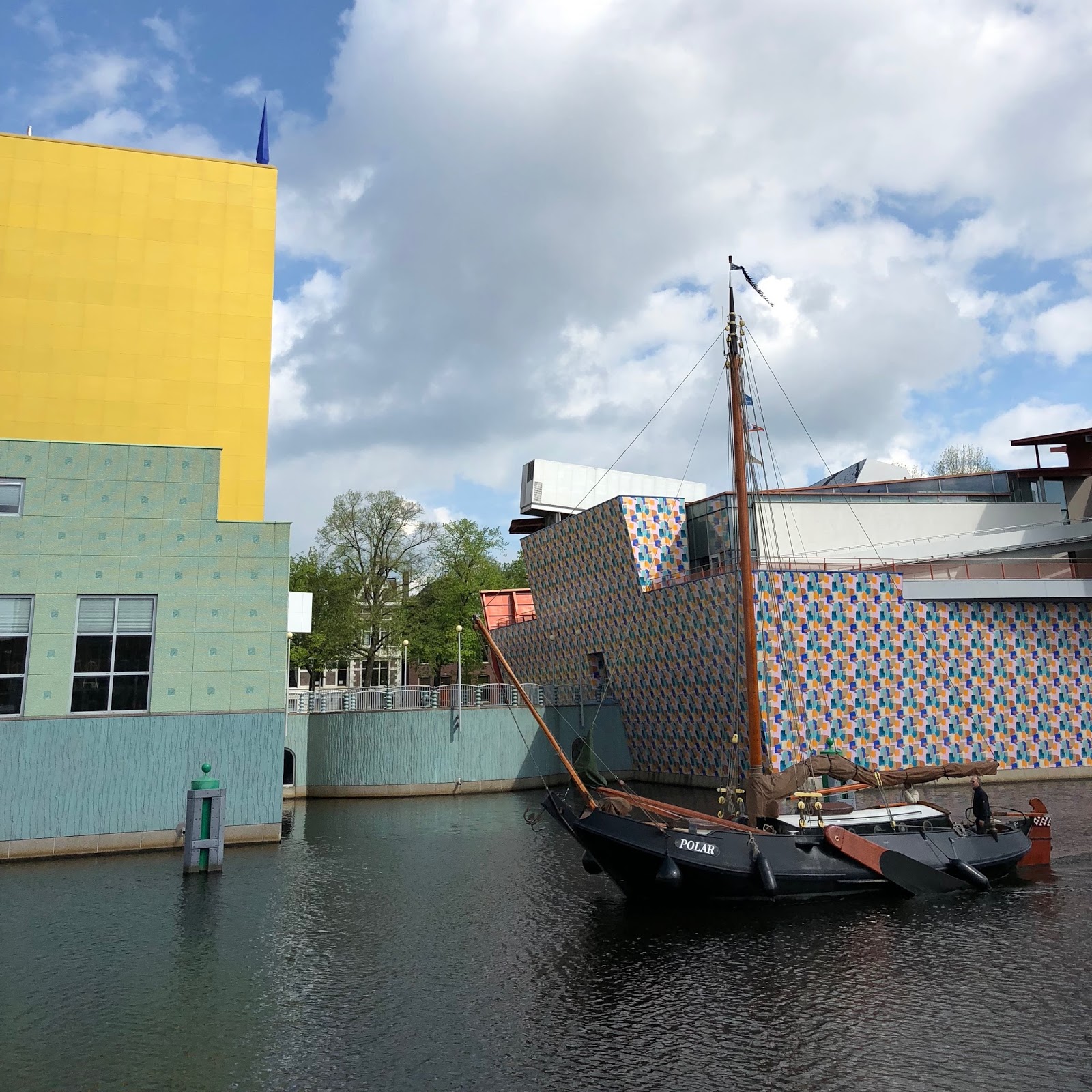 This university city has a rich art and cultural scene, a history of shipping, and a good mix of old and new. It is also small enough to be able to walk (or cycle) to wherever you want to go. I spent an enjoyable morning on foot following the route of the canals that encircle the inner city (Binnenstad). 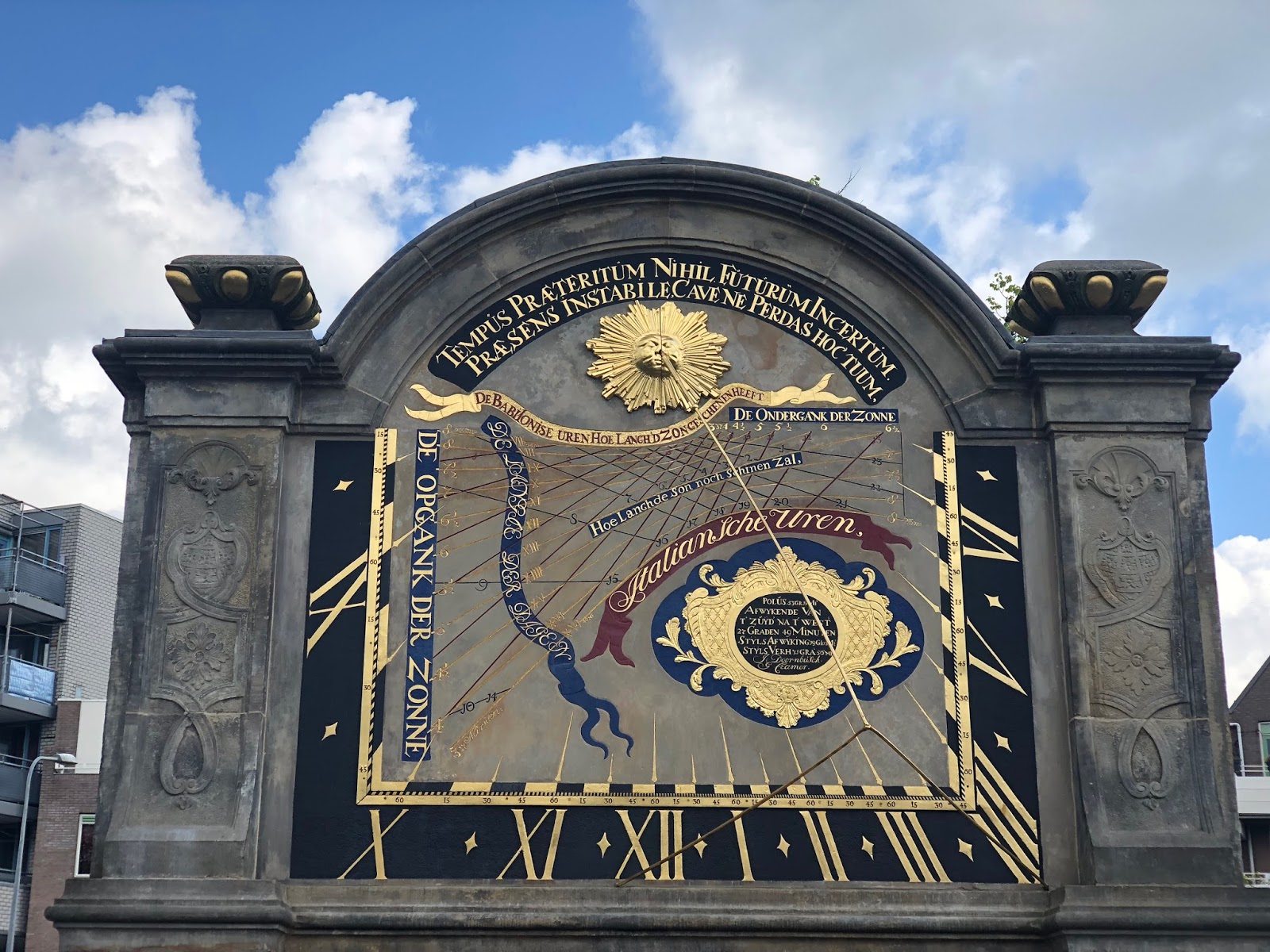 The rehearsal and subsequent performance took place in the main hall of De Oosterpoort in Groningen. 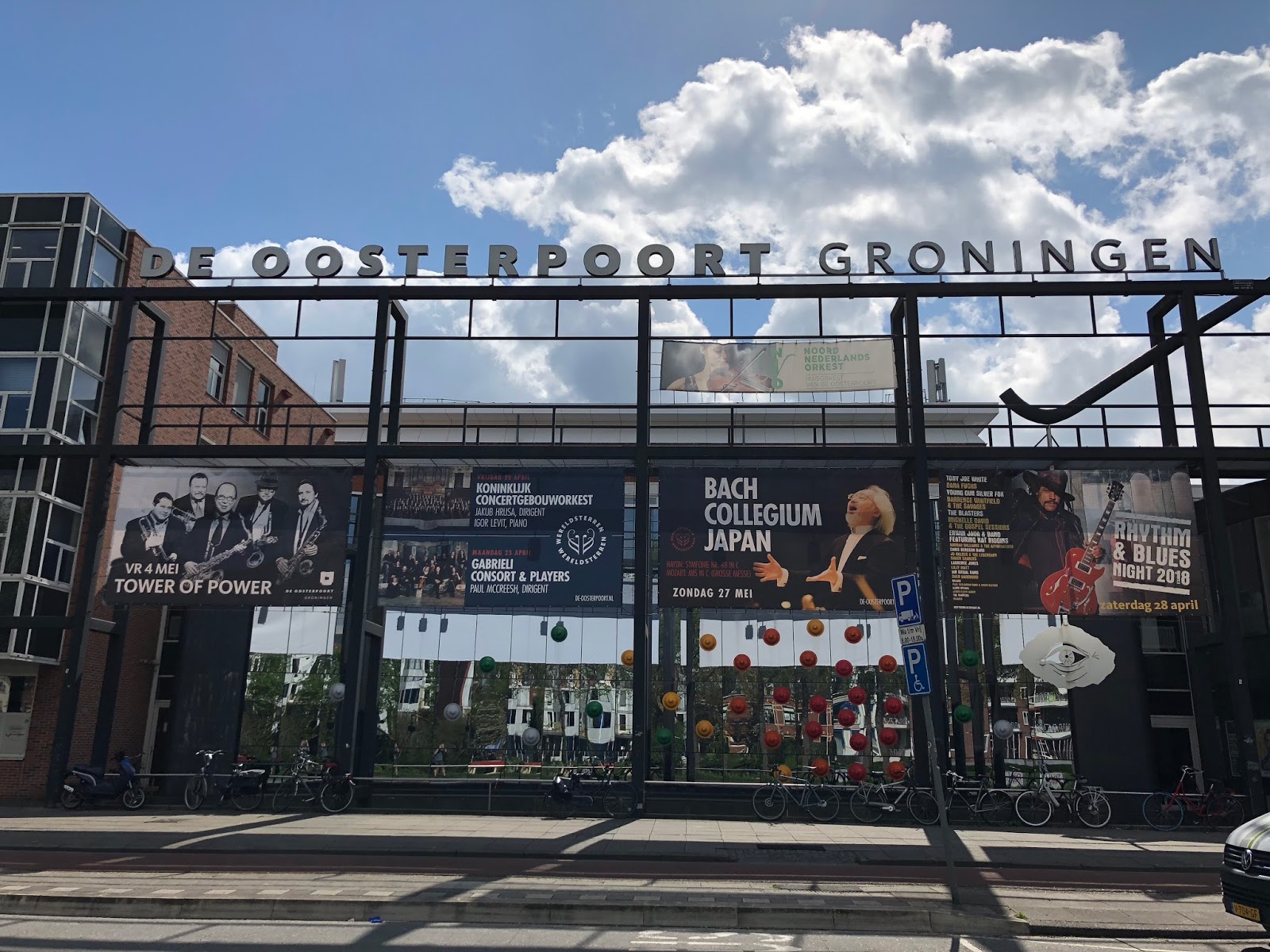 The music sounded wonderful in this spacious venue and Paul McCreesh had ensured that the ensemble made good use of the space available. Paul McCreesh asked the three instrumentalists to stand side-by-side for the trio in No.41 (Fifth Act: Symphony), with the trumpet player (Russell Gilmour) moving forward and the lead violinist (Catherine Martin) moving backwards to meet on each side of the oboist (Christopher Palameta). This worked brilliantly - and it highlighted the intricacies of this, now wonderfully-interactive, trio movement. 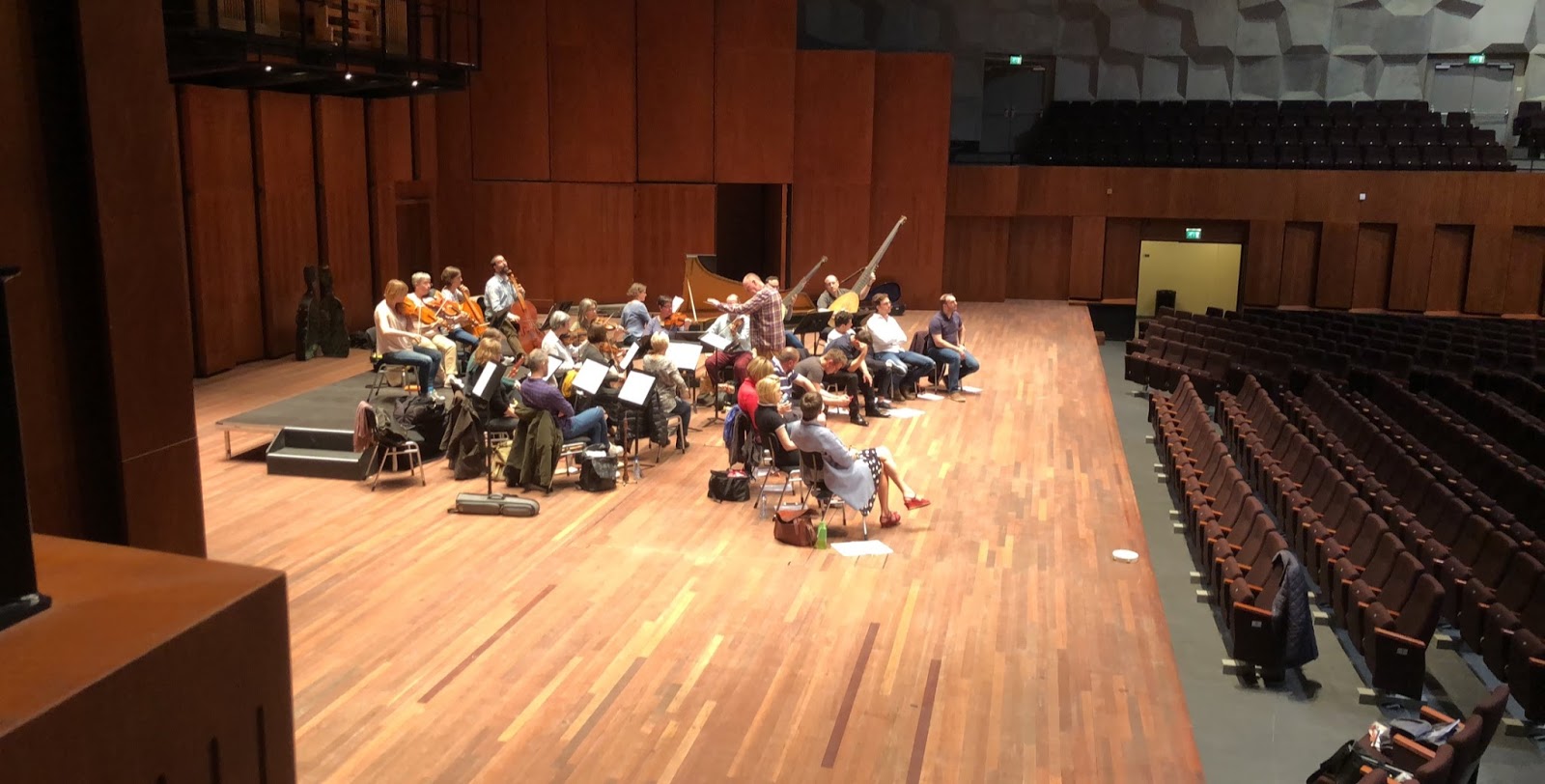 The project was performed at A=392Hz. The string players sounded wonderful on these loose, wound gut strings using adapted bow-holds. Also sounding seriously impressive throughout were the bassoon and oboes - immaculate playing from all. The singing was also truly excellent and was notably and flawlessly performed entirely from memory (Paul McCreesh also, impressively, conducted entirely from memory):

Anna Dennis (Soprano)
Rowan Pierce (Soprano)
Mhairi Lawson (Soprano)
Jeremy Budd (Tenor)
James Way (Tenor)
Chris Fitzgerald-Lombard (Tenor)
Tom Castle (Tenor)
Marcus Farnsworth (Bass)
Dingle Yandell (Bass)
I had only two entries in the first half of the performance and I had been given permission to leave the stage after playing them. I had enjoyed listening to the first ten numbers so much that I decided to stay on stage to listen until the interval, after playing in No.11 (Come if you dare) and No.12 (First Act: Trumpet Tune). In the second half I enjoyed listening again until the Fifth Act Symphony, and then again until the devastatingly beautiful No.45 Fairest Isle (sung by Anna Dennis) - after which the trumpet featured in No.46 Tune for trumpets, leading into No.47 Sound heroes, sound your brazen trumpets. The Groningen performance received a standing ovation and the final Grand Dance: Chaconne, ingeniously, became the encore.

On Tuesday 24th April 2018, the group travelled from Groningen to Hamburg to rehearse and perform in the Laeiszhalle. The weather had been quite poor so I did not get much opportunity to explore more of Hamburg on this occasion - though it was great to be back in this vibrant city. 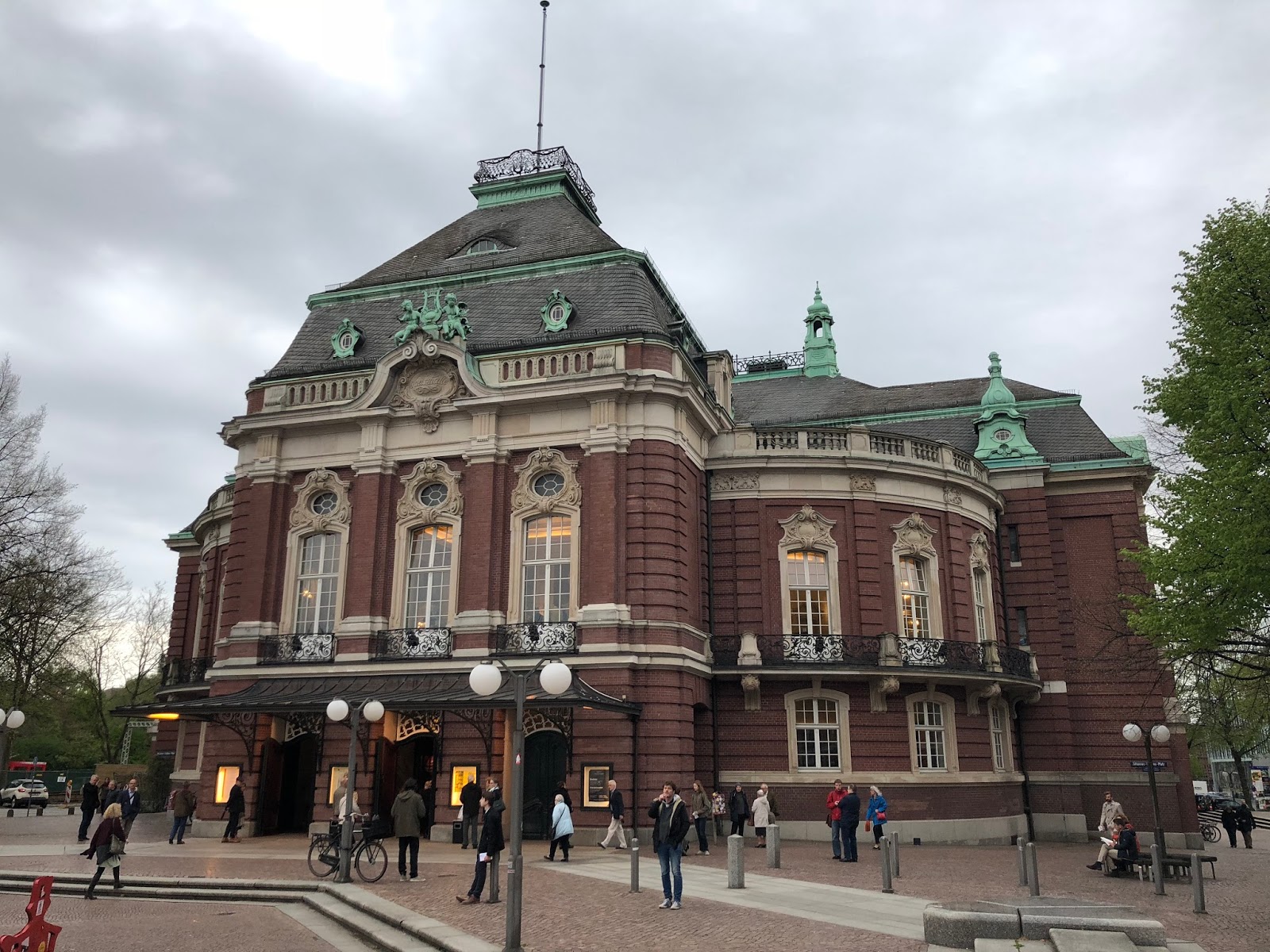 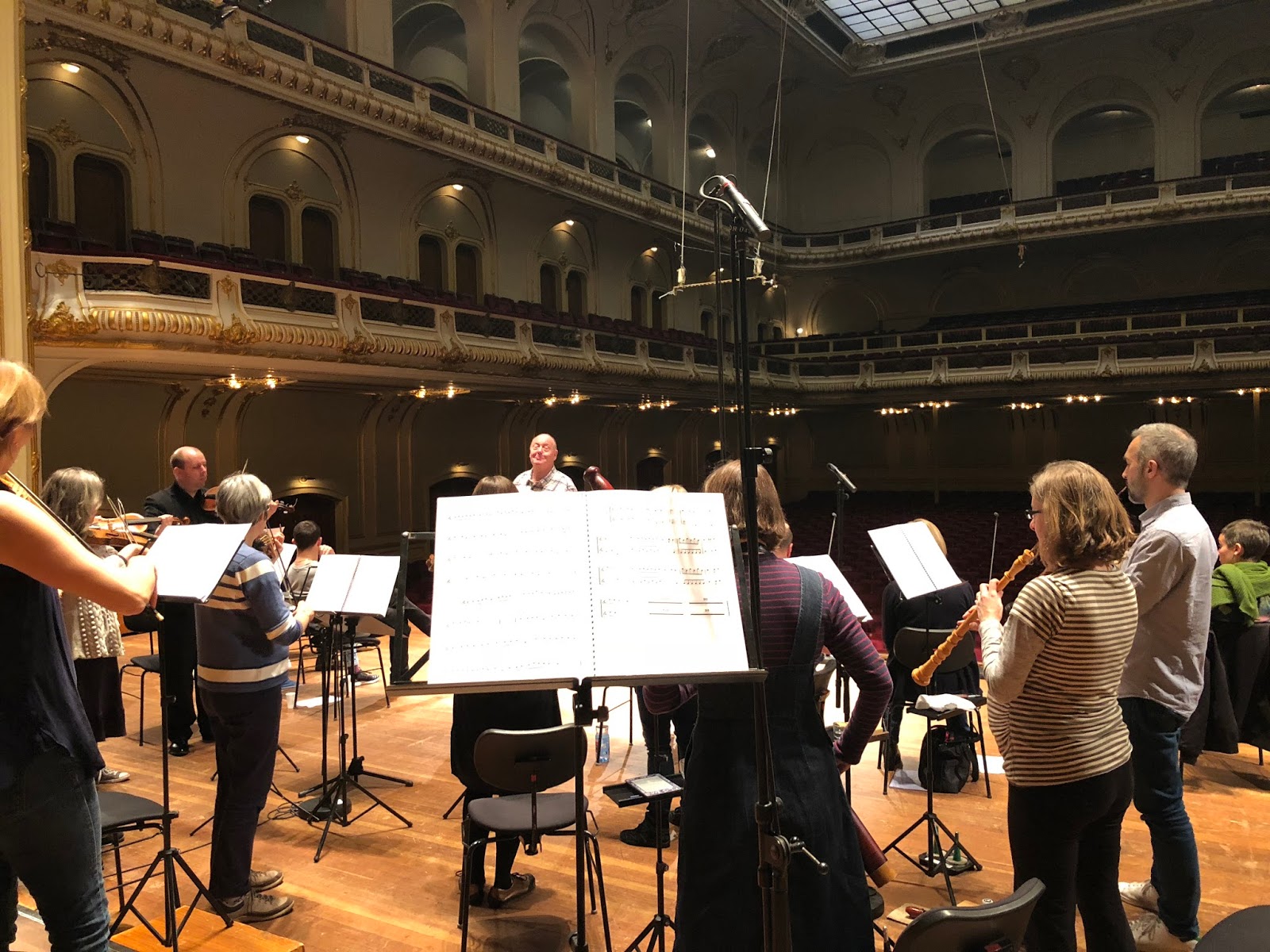 We rehearsed in the charming, 110 year old Laeiszhalle. I realised that the last time I had performed here (in 2014), it had been with Anna Dennis as well. The NDR (Norddeutscher Rundfunk) prepared for the radio broadcast, positioning microphones during the rehearsal.

The hall seemed to be totally full for the concert, with an incredibly appreciative audience. Almost insatiable applause and shouts of ‘bravo’ were evident already by the end of the first half. It was a memorable concert, with great music and wonderful people at another fantastic venue.