Friday, 12 Sep 2014, 22:00
I was invited to play Bach's Jauchzett Gott In Allen Landen (BWV 51) in Katowice in Poland. I had never been to Katowice before and I was scheduled to be in Wrocław the preceding day, so it fitted perfectly into my schedule.

Upon my arrival to Katowice, I was welcomed by a lady who showed me the way to the hotel. At first we struggled to find a way through the major building works going on around the city centre. By the time I checked in to the hotel I had an hour spare before I needed to depart for my first rehearsal. I was quite hungry and eager to explore, so I walked around the block and discovered a trailer selling gourmet street food. I ordered a zapiekanka (a Polish snack - basically half a baguette, sliced longways, with toppings added and then it is toasted) and I enjoyed eating it as I walked around and saw a little bit of the city. 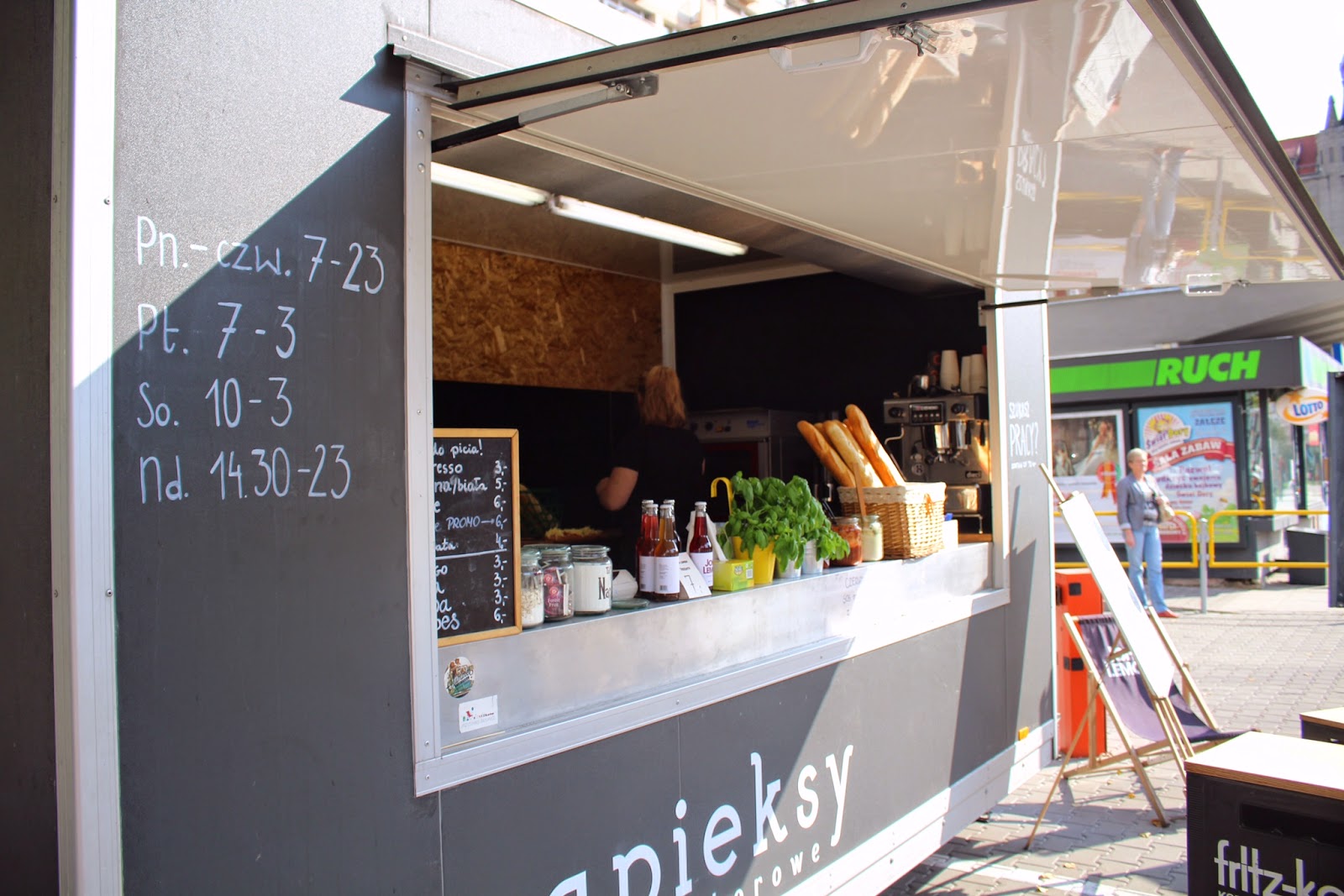 I wasn't needed for very long in the rehearsal, so afterwards I explored some more, taking some evening photos before finding a bar to relax in. 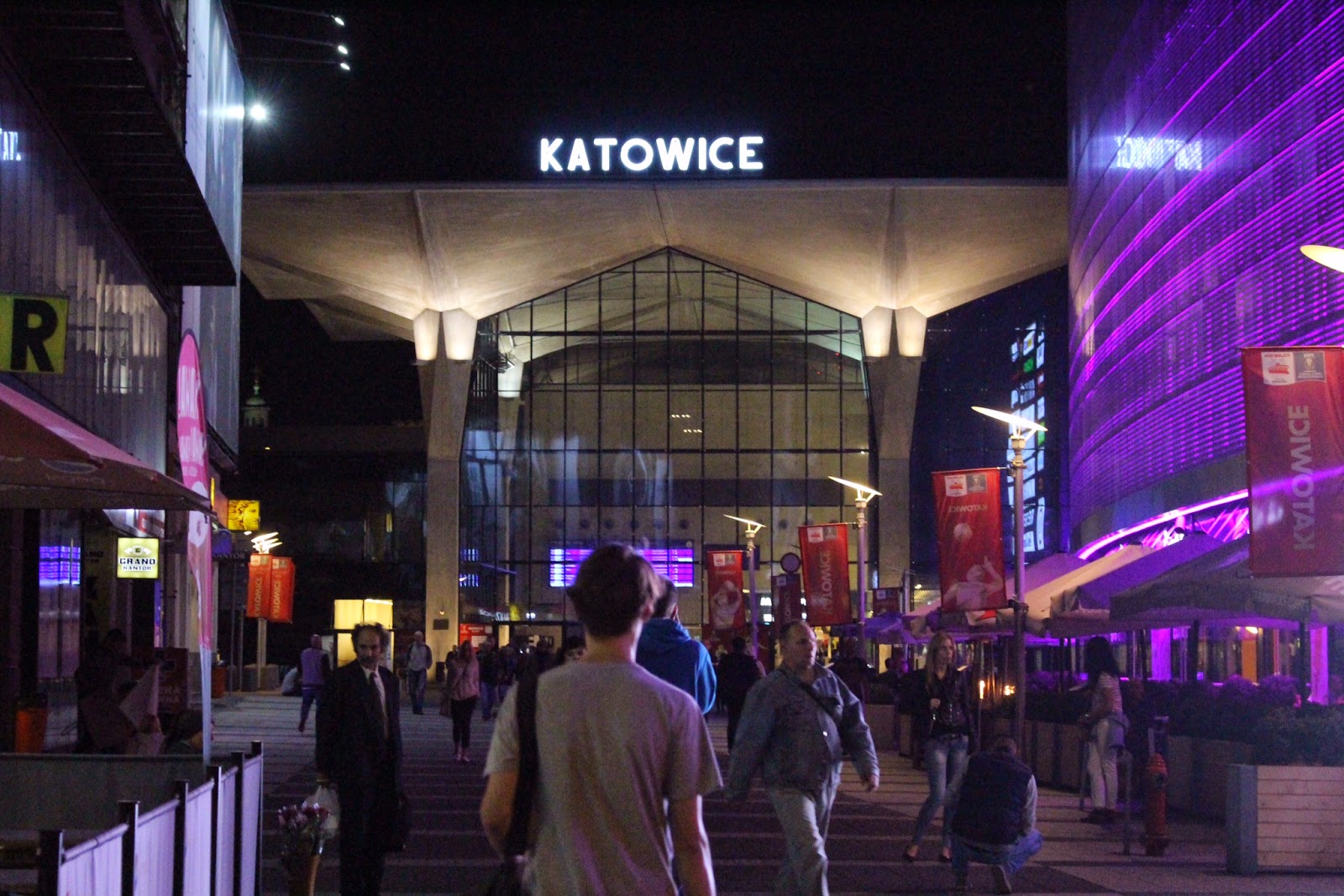 I spotted a bar in a back street just off the main street and it reminded me of a bar I had been to in Krakow. This bar was called Biała Małpa (that translates as White Ape, in English). They had an impressive selection of beers, including some of the Brew Dog range, so I enjoyed a glass of IPA while I read my emails and I used their wifi to catch up with friends and family via Skype. 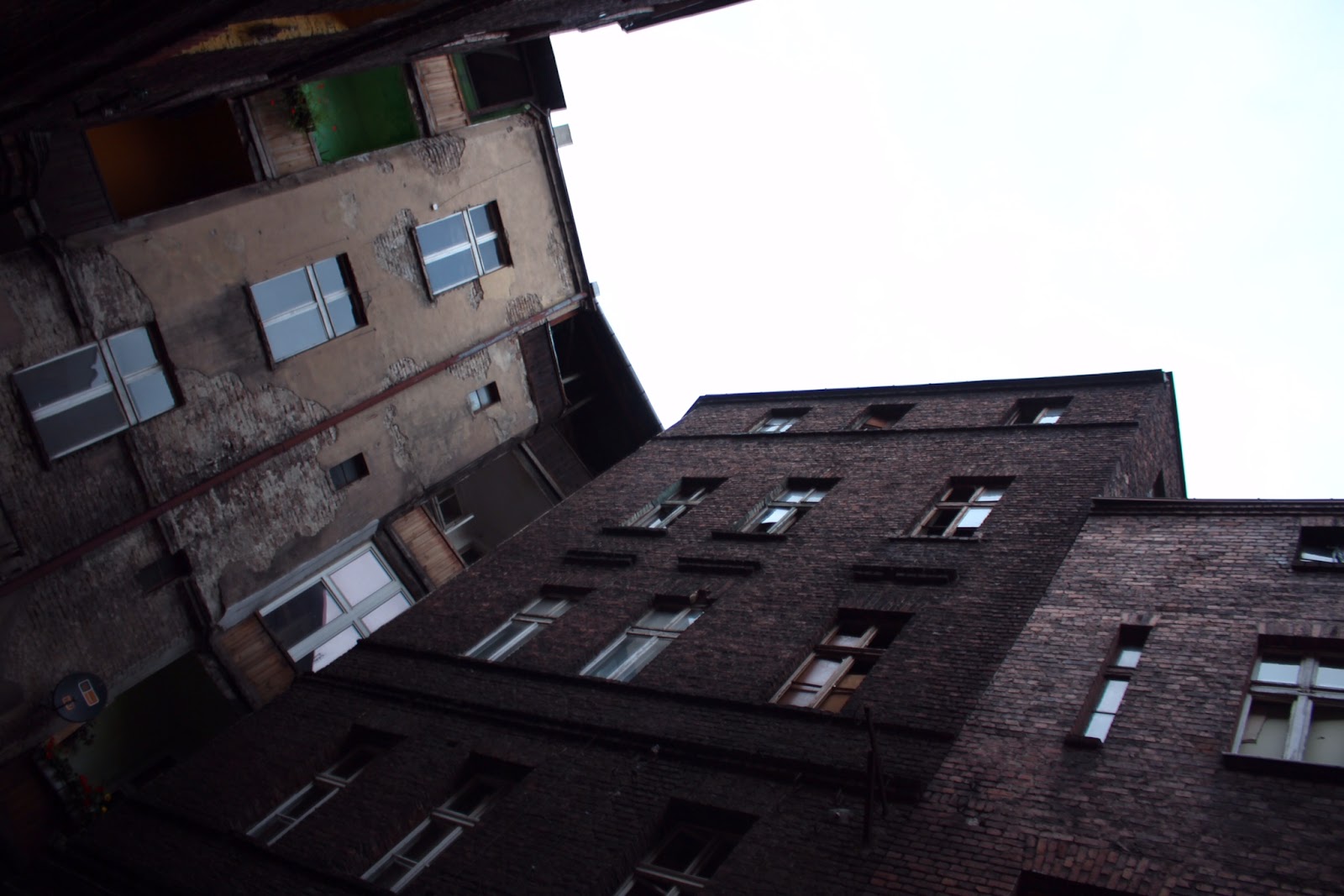 The city is fairly lively and I enjoyed spending time there. It is a very industrial city, and it reminded me of Manchester, especially with the nearby stadium. Katowice was one of a number of cities in Poland that was hosting the World Handball Championships (they were also doing this in Wroc ław, and the hotel was under police guard). The city of Katowice is quite built-up and in that respect it is more like Warsaw than Wrocław or Krakow, though it had the small-scale feel of a city like Krakow as nothing seemed far away from anywhere (except the airport which is a long way North). 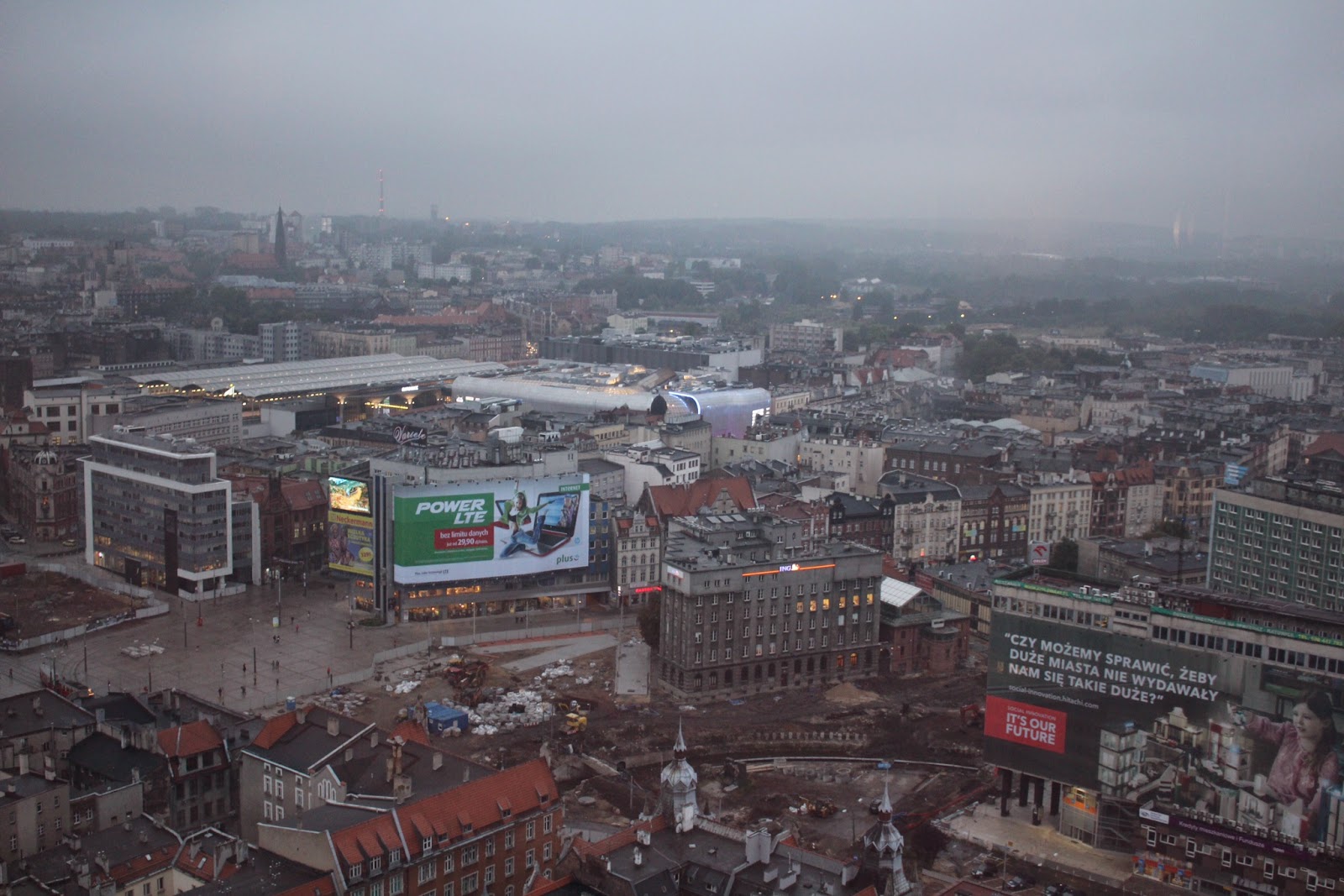 I know this as I had been enjoying a great view from my room in the Qubus Hotel. This had its benefits. I could review the traffic situation before leaving my room, and I could look at google maps and hold it up in the correct orientation on my iPad to align the map with the city to get my bearings. The views were impressive and the hotel was absolutely fantastic in all respects. I was staying on the 24th floor with a view looking South over the city. On the top floor of this 27 storey building there is a swanky bar, aptly named Sky Bar - which looks out to the North. Throughout my stay, the hotel was full of firemen from all over the world and the breakfast room was a hubbub of international languages, dialects and different brightly-coloured uniforms. They were seemingly in Katowice to learn and refine their mine rescue skills, as this city is surrounded by coal mines. 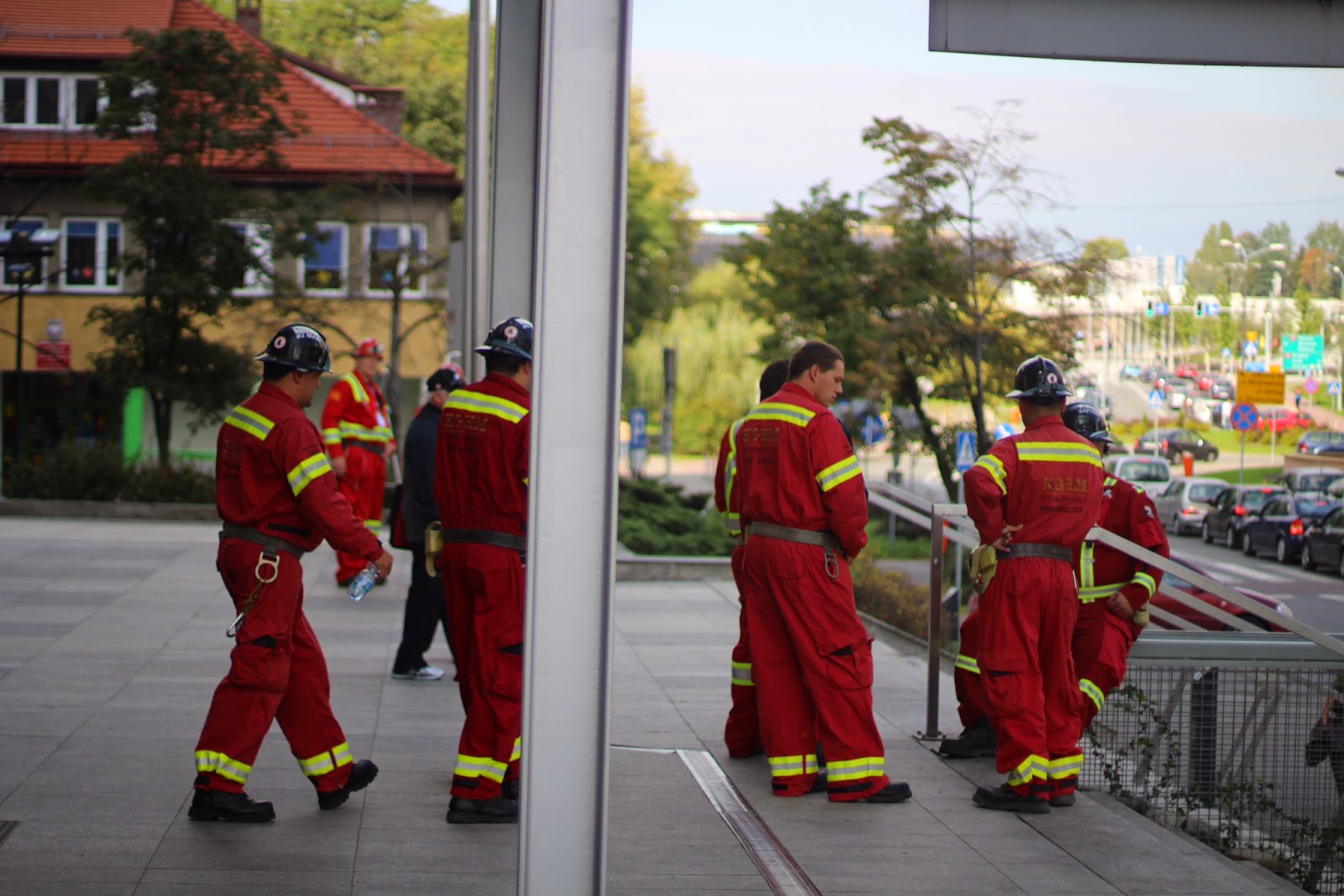 The concert we gave was at the Pałac Młodzieży (Palace of Youth). This was the first concert in the hall after major refurbishment works and nearly everything was brand new. My involvement was only in the final piece, Bach's Cantata 51 and the audience demanded an encore of the Allelujah through their insistent applause. After the concert the members of the orchestra socialised over a lovely traditional meal in a nearby restaurant.
Bach, Concert, Music, Natural Trumpet, Poland, Tour, Touring, Travel, Trumpet
Russell Gilmour