Friday, 5 Jul 2019, 18:30
Following on from the most recent Orfeo at the Stour Music Festival, I Fagiolini gave a subsequent performance on Friday 5th July 2019 in the Sir Jack Lyons Concert Hall at the University of York, on the first day of the National Centre for Early Music's York Early Music Festival 2019. 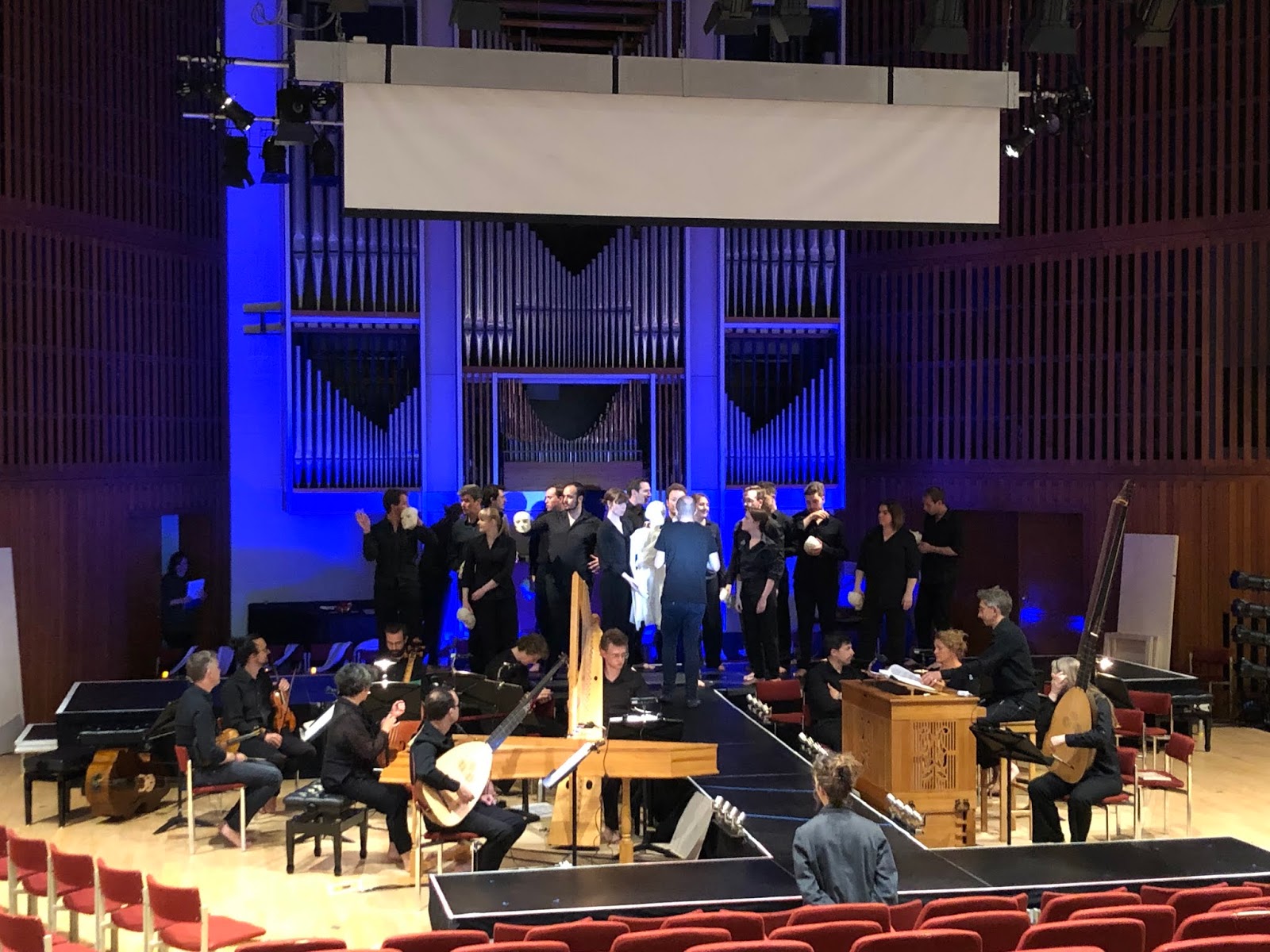 This Orfeo differed from any of I Fagiolini's earlier performances: with the addition of student singers from the University of York (along with the usual chorus) and the production also featured live puppetry.

I played the clarino part in a section of five natural trumpets, comprising of players from the English Cornett and Sackbutt Ensemble. I played delicately (without holes) in the clarino register and the others gave, a solid harmonic foundation and rhythmic texture to the ensemble. There were a good few recognisable faces in the audience tonight and I was very pleased to receive a message from one of them who said: "Nice Toccata tonight, young Russell. You floated over the rest like the head on a Guinness." - a lovely metaphor.
The York Early Music Festival 2019 continues until 13th July 2019 and the programme looks to be fantastic - my own personal highlights would include going to hear: all six Brandenburg Concertos played by Florilegium (with David Blackadder playing trumpet in Brandenburg 2) and Vox Luminis - who will perform a Bach Family Legacy programme.
York is a really fantastic place - I say that every time I go. I last performed Scarlatti, Handel and Bach in the Sir Jack Lyons Concert Hall in Kasia Slawski's MA Recital and it was great to be back. I Fagiolini will regroup in London on Sunday to perform Orfeo at LSO St Luke's, again under the direction of Robert Hollingworth, with puppetry, and with stage direction by Thomas Guthrie.
Festival, Monteverdi, Natural Trumpet, Opera, Renaisannce, York
Russell Gilmour