Saturday, 8 Dec 2018, 22:00
When I first visited the Palace of Versailles on a school history trip in March 2005 I would never have imagined that I would, one day, have the opportunity to play there as a professional trumpet player.
Since then I have performed and recorded in the Opéra Royal de Versailles with Les Talens Lyriques (often playing operas that were originally performed there, such as Lully’s Alceste and Salieri’s Les Horaces). However, I had never before had the opportunity to perform in the Chapelle Royale de Versailles, and it was great to be able to do so with Vox Luminis - incidentally, it is the group's first appearance at Versailles.
The Royal Chapel at Versailles was consecrated in 1710 under the reign of Louis XIV. The chapel (now deconsecrated) was dedicated to Saint Louis, the patron saint of the Bourbons and namesake of the king. The building is replete with a marble floor, ornate stonemasonry and three resplendent ceiling paintings by Coypel, de la Fosse and Jouvenet. 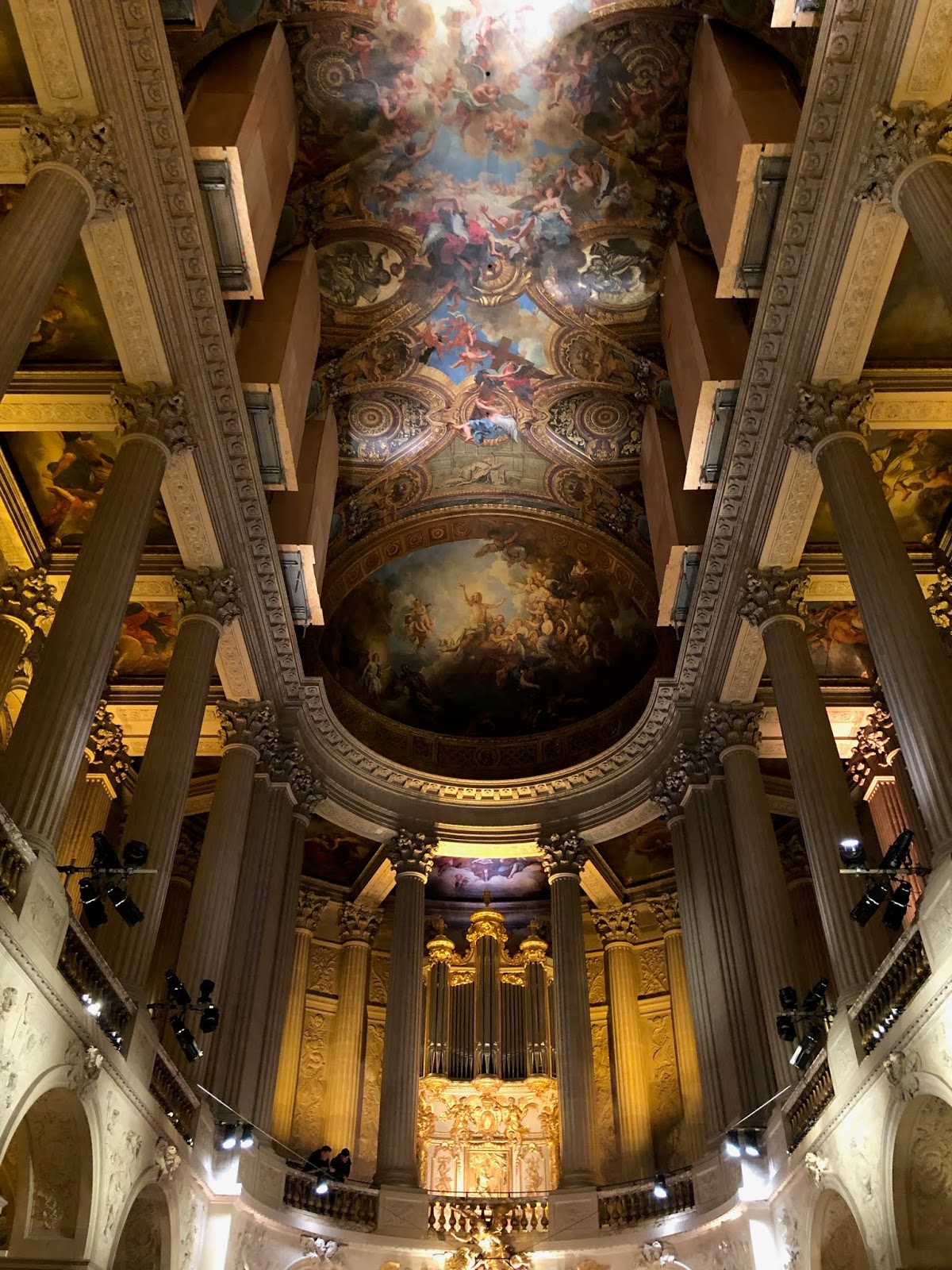 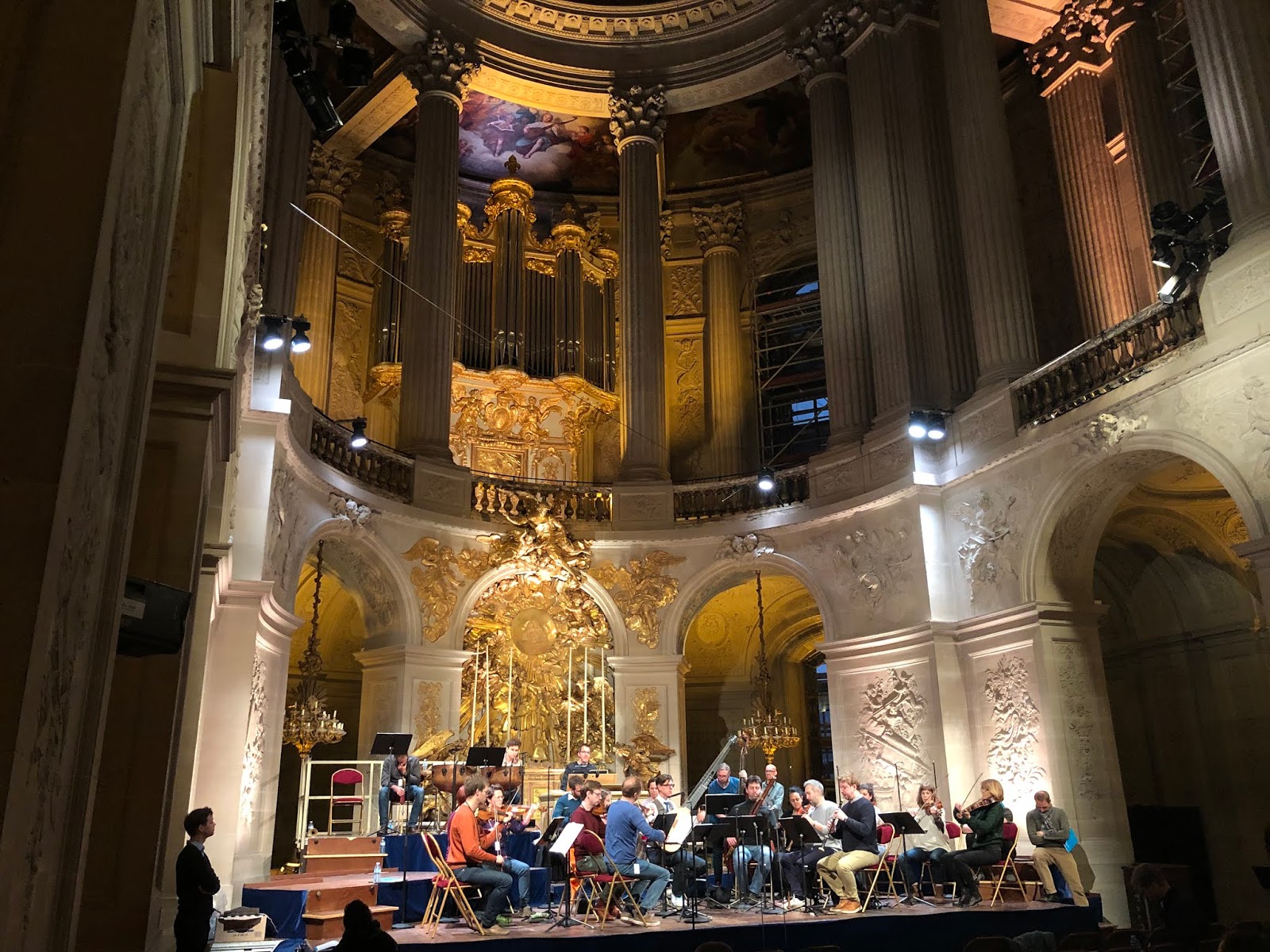 We performed this programme earlier this year in Uzès and it was great to revisit it. I was struck by many of the same things in this performance. It was thrilling to play ‘The trumpet's loud clangour excites us to arms' again with the excellent tenor soloist Robert Buckland. Zsuzsi Tóth sang a compelling ‘But oh! What art can teach’ and held court with incredible artistry to lead the ensemble into the final chorus. After a charismatic address by Lionel Meunier (Musical Director), the group performed a rousing encore: the Hallelujah Chorus from Handel's Messiah. Lionel dedicated the encore to Jean-Claude Malgoire, the former director of the Chamber Choir of Namur with whom Lionel started his professional career at Versailles 16 years ago.

We had rehearsed on Friday 7th December 2018 in Malonne near Namur in Belgium. Will Russell (2nd trumpet) and I had an early morning start on the Eurostar from London to Brussels and onwards (brilliantly, on the same ticket) to ‘Any Station in Belgium’. We arrived in time for an incredible lunch at Brasserie François, next to the Cathédrale Saint-Aubain in Namur. This restaurant had been recommended to me by my former trumpet teacher and it had been recommended to him by his Belgian colleague who hailed it as the best place for steak-frites in Belgium. It was truly excellent and we were certainly not disappointed!

Travelling from Namur to Versailles by coach was thankfully not disrupted by the protesting 'gilets jaunes' around Paris.
Baroque, Broadcast, Concert, Handel, Natural Trumpet, The Section, Vox Luminis
Russell Gilmour