Sunday, 1 Nov 2015, 22:00
Playing with ‘Spiritato!’ is becoming synonymous with performing innovative programmes in interesting settings. I participated in a project which involved two performances, the first of which was on October 20th in St. John’s Smith Square in London and the second was on November 1st at Bury Court Barn, in Bentley near Farnham in Surrey. The performances were presented by St. John’s Smith Square and Bury Court Opera. ‘Spiritato!’ had teamed up with the Barts Chamber Choir and director Julian Perkins to present two identical programmes entitled ‘Zelenka the Bohemian Bach’ and the works featured soloists: Augusta Hebbert (soprano) and Magid El Bushra (countertenor).

Each concert began with an elaborate trumpet fanfare (ZWV 212) by Jan Dismas Zelenka. We played the first of these fanfares at the start of the concert from the stage. 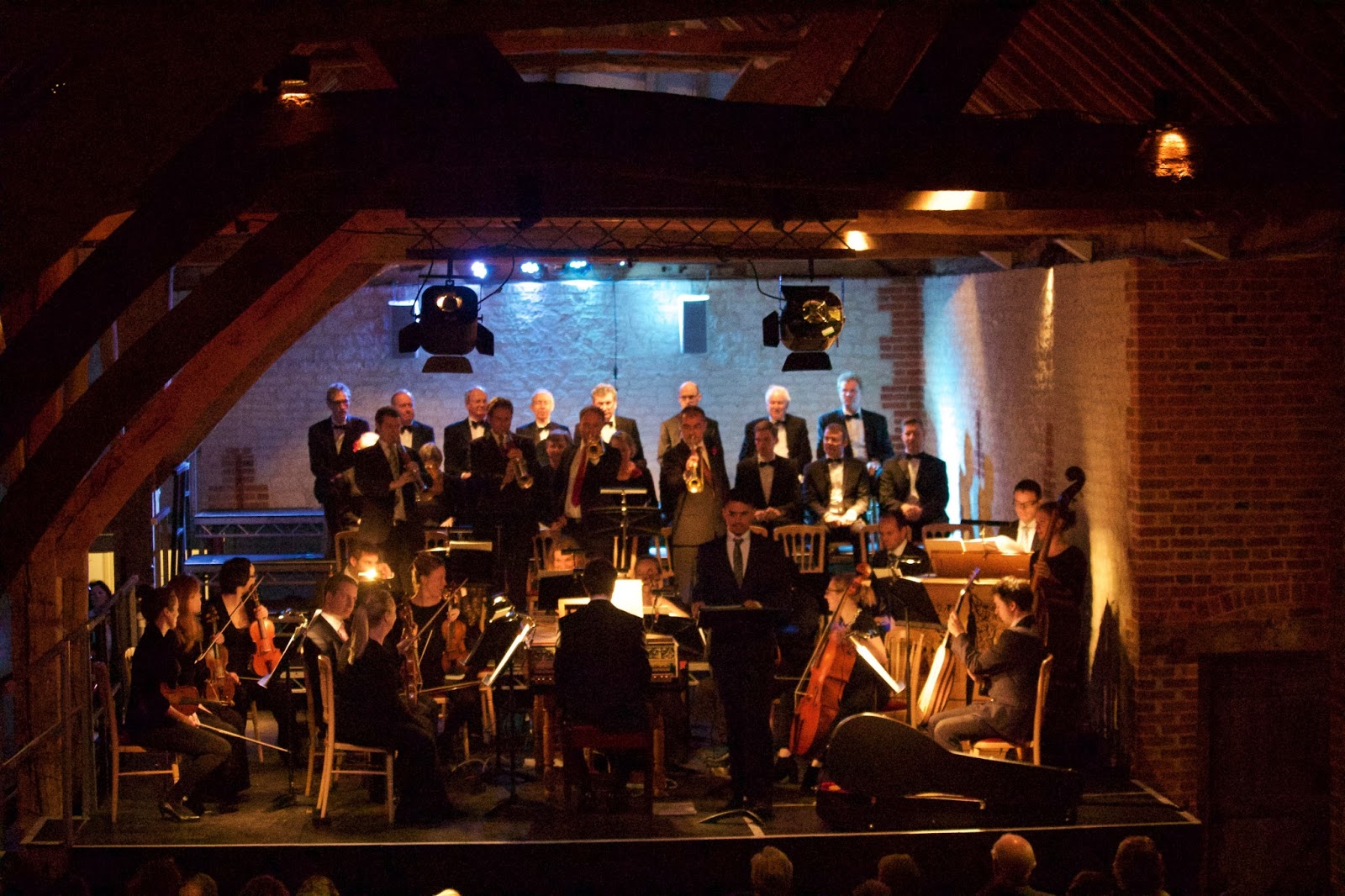 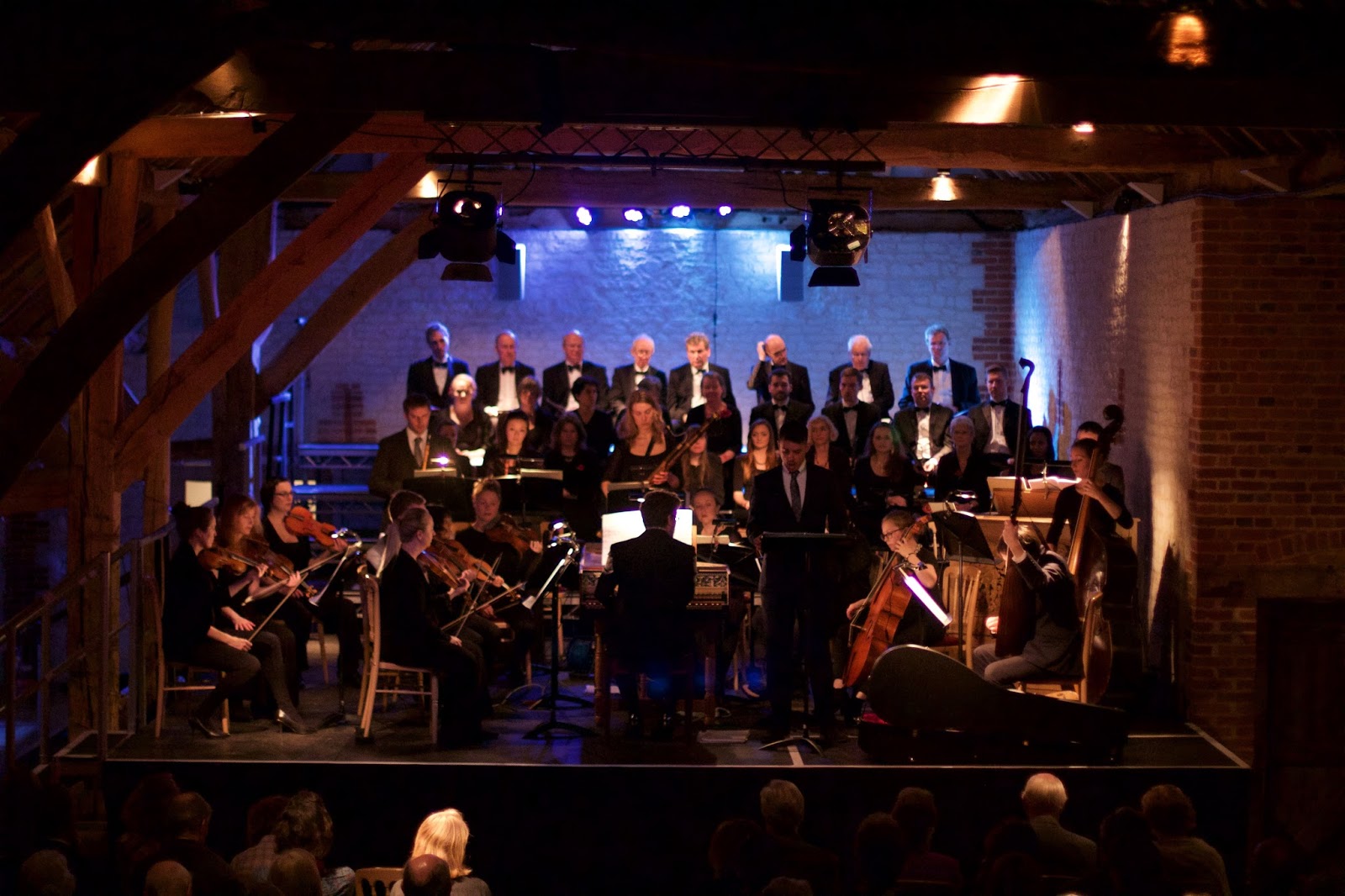 Next, the programme moved on to Zelenka’s Trio Sonata No.3 in Bb which showcased the violin playing of Liz McCarthy, the oboe playing of Joel Raymond, the bassoon playing of Inga Klaucke and the continuo playing of the director, Julian Perkins. The piece was a fantastic example of the exuberance of Zelenka’s composition and it really showed what the instrumentalists in ‘Spiritato!’ are capable of, on a more intimate scale than before. The elaborate and fast-paced excitement (particularly in the bassoon part) in the second movement attracted a round of applause before the third movement - which was very well-deserved. 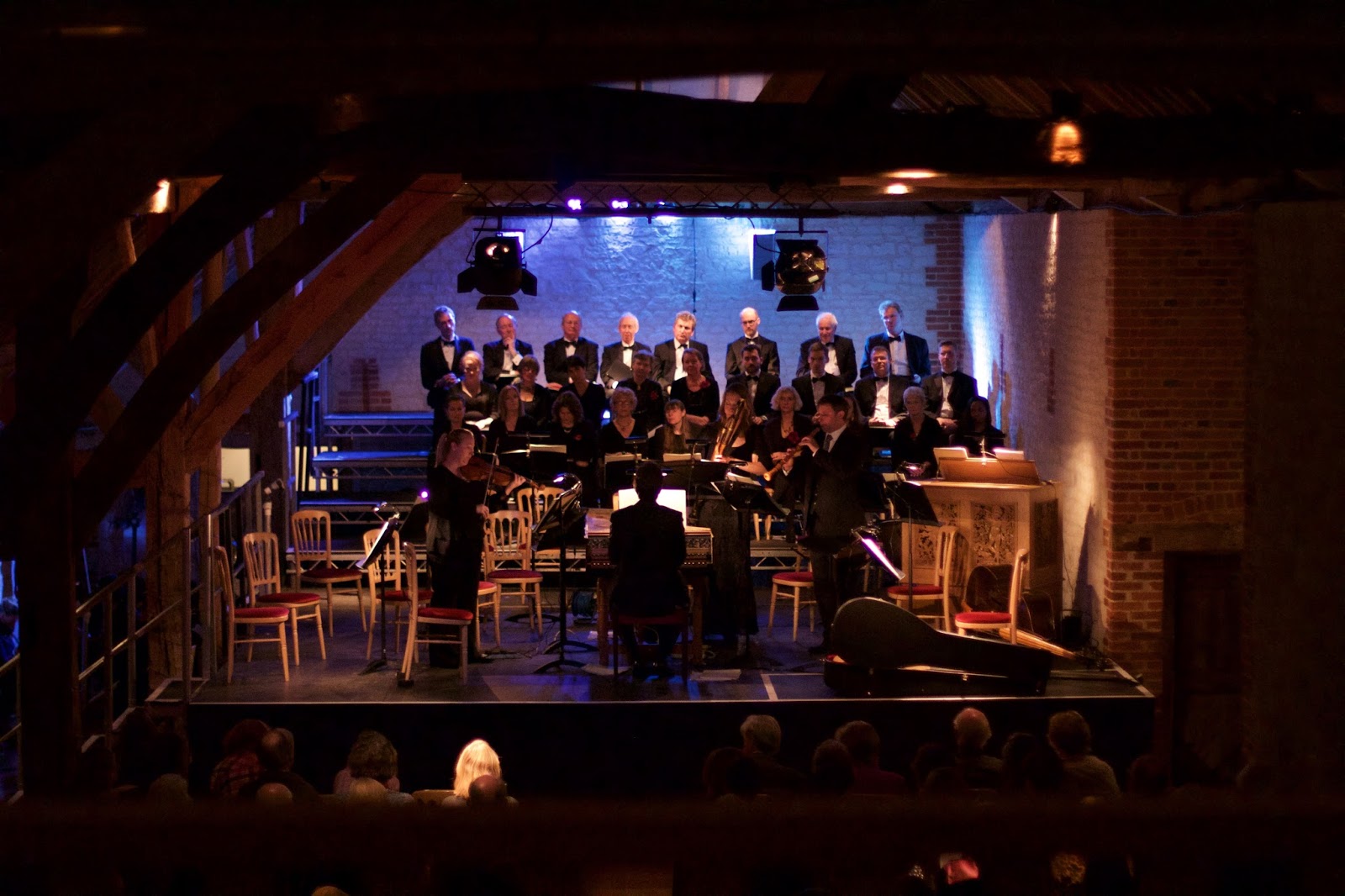 When this programme was initially being planned, the Zelenka fanfares for four trumpets and timpani were all that we were asked to play in this programme. It was decided later that we should include a Bach cantata to show the similarities and differences between Zelenka and Bach, as the programme explored its title. When I was asked about short Bach cantatas with the instrumentation we had available, which would also utilise the choir, I suggested BWV 50 ‘Nun ist das Heil und die Kraft’ as it is only one movement long and it includes the full forces of the available strings, bassoon, oboes, trumpets and drums as well as the Barts Chamber Choir. BWV 50 is a fantastically clever fugue. The A section has 8 permutations of the subject and the next main section has 7 permutations of the same subject with a simultaneous inversion, giving a kind of contrary-motion subject beneath the first subject.

“The combination of this inversion with the original form of the subject within the same permutation creates the impression of enormous spatial breath and splendour.” - Alfred Dürr, The Cantatas of J. S. Bach

So it was decided to include BWV 50 in the programme. It was a great success and the Barts Chamber Choir did a very good job of singing this difficult and complex fugue. This piece brought the full orchestra and choir together to give a rousing end to the first half of the concert. 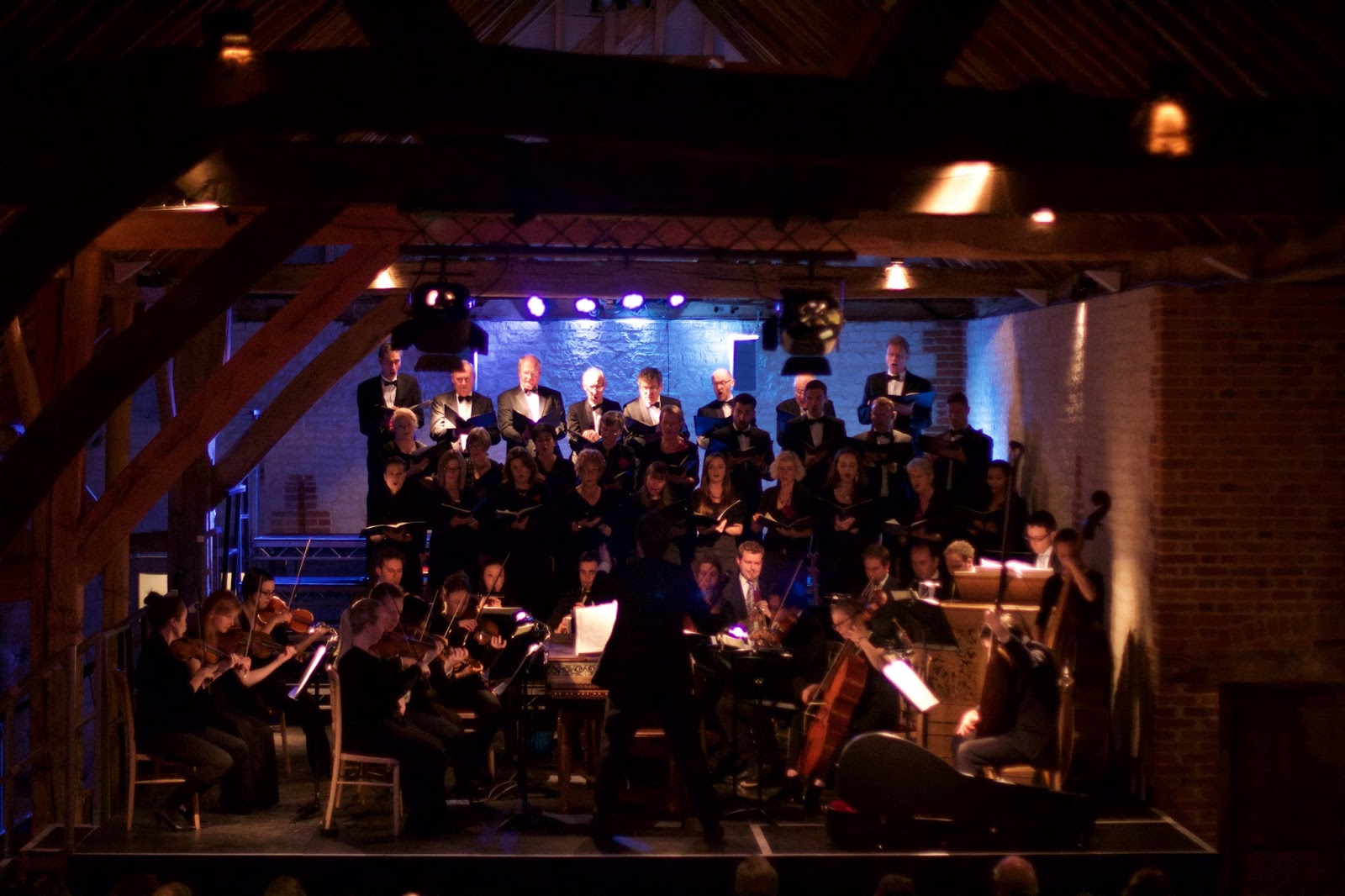 The second half of each concert began with another D major trumpet fanfare by Zelenka, which we played from the rear balcony, both at St. John’s Smith Square and at Bury Court Barn. The orchestra then segued into the Missa dei Filii without needing to tune again, which gave a fantastic sense of continuity to the second half of the performance.
As ever, I thoroughly enjoyed playing with Spiritato! as we get to play interesting repertoire in
interesting places with excellent people. Congratulations and thanks to all at Spiritato!, Bury Court Opera, St. John’s Smith Square and to the Barts Chamber Choir.
Photography at Bury Court Barn by Russell Gilmour & Josephine Simmonds
Bach, Concert, Music, Natural Trumpet, Spiritato!, Zelenka
Russell Gilmour