Here lies the man who boldly hath run through
More villainies than England ever knew;
And ne'er to any friend he had was true.
Here let him then by all unpitied lie,
And let's rejoice his time was come to die.
- Colonel Thomas Blood’s Epitaph

I performed on the cornetto at the Tower of London for a day of events centred around the year 1671 and Colonel Thomas Blood’s (1618 - 1680) notorious attempt to steal the Crown Jewels. This incredible story of cunning, deception, mistrust, theft, violence, treason, and the unexpected clemency of King Charles II (1630 - 1685) was brilliantly evoked by actors and musicians of the group Past Pleasures. 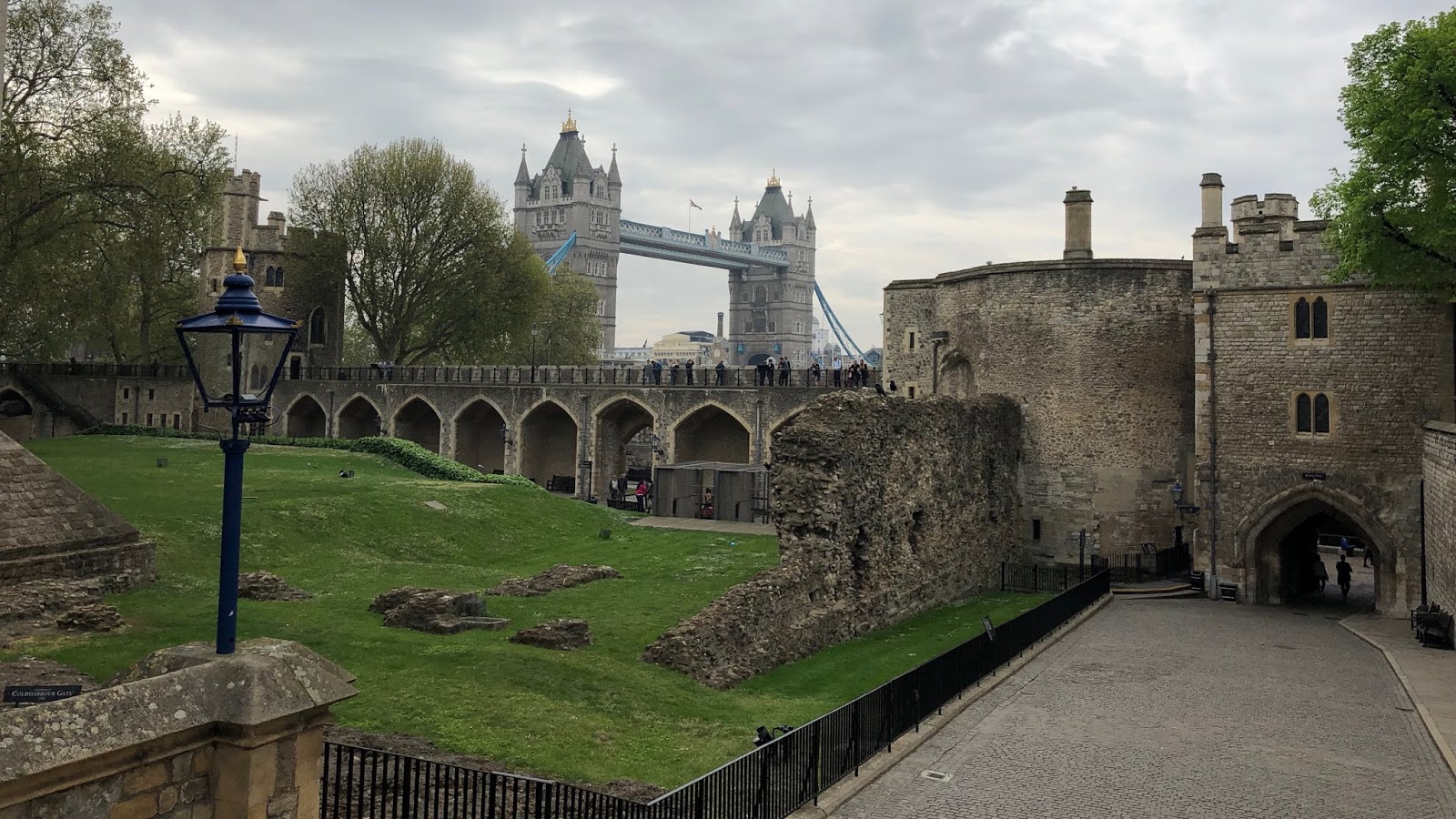 Blood, that wears treason in his face,
Villain complete in parson's gown,
How much he is at court in grace
For stealing Ormond and the crown!
Since loyalty does no man good,
Let's steal the King, and outdo Blood!
- John Wilmot, 2nd Earl of Rochester's History of Insipids

Sam Goble (curtal) and I (cornetto) played duets collected by John Playford (1623 - 1686/7) as well as other music by Andre Danican Philidor (the elder, c.1652 - 1730). We played in the courtyard of the Tower of London wearing historically-appropriate attire. It was a good place to play from, though we had to be careful not to inhale the pollen that was almost snowing from the nearby trees. Later in the day we doubled up as gun-wielding guards for the acted scenario.

That morning, Sam and I had arrived at the Tower of London early enough to view the silver state trumpets (such as RCIN31797 [1804] by William Shaw) that are housed in the Royal Collection in the Jewel House. It was fantastic to see these instruments (ranging from 1780 - 1840), replete with spectacular silver repoussé detail. It was particularly interesting to observe the subtle differences between individual instruments within this set. I would like to return with more available time to view the Crown Jewels but viewing the trumpets took priority on this occasion.

Silver trumpet; bell chased with a rococo cartouche flanked by military trophies (flags, drums, trumpets) and a band of flowers and scrolling foliage; ball similarly chased with laurel wreaths on the outer sections; with spirally fluted tubing. This trumpet is one of sixteen state trumpets. Seven bear inscriptions indicating their original use by the 1st Regiment Life Guards, while the remaining nine were made for the Royal Household, of which six bear the name of the trumpeter to whom they were first issued. This trumpet was issued to a Mr Harding. Although most bear the marks of different silversmiths, they are also engraved with the names of instrument makers, either of William Shaw (c.1754 – c.1823) of Wardour Street, Soho and later Red Lion Street, Holborn; William in partnership with his son Thomas (b.1775); or of Thomas Shaw & Co. These trumpets have not been used since the disbanding of the Corps of State Trumpeters by the Duke of Wellington as an economy measure in the mid-nineteenth century.

After viewing the silver state trumpets in the Jewel House we headed to the Byward Tower to change into period clothes. We got changed in a room beside the extraordinary Byward Tower angel which was painted in the 1390s. It is the only surviving decorated medieval interior in the whole of the Tower of London and it is not usually open to the public.

It was a very enjoyable day working at the Tower of London; a fascinating Royal Palace (and infamous prison) with a near thousand-year history.
Cornetto, Historic Royal Palaces, London, Period Costume
Russell Gilmour