Saturday, 7 Jan 2017, 22:00
The Evangelische Chorgemeinschaft an der Saar and Le Concert Lorrain invited me to perform in their New Year Concert, at the Congreßhalle in Saarbrücken. It took place on the Saturday 7th of January 2017. The group, directed by Georg Grün, performed Handel’s ‘Messiah’ with notable soloists from the UK and Germany.
The trumpet section consisted of Russell Gilmour (1st trumpet) and William Russell (2nd trumpet) from the UK and timpanist, Simon Stierle from Luxembourg.
This year, we travelled via Basel Airport - one of the more confusing airports in Europe - where we met Stephan Schultz on the Swiss side of the border at the airport. Stephan kindly transported us to Saarbrücken, picking up some other players on the way.
The rehearsals were very enjoyable, though the room we rehearsed in was quite small. Moving to the reverberant Congreßhalle totally revolutionised the sound and the feeling of the music. The dress rehearsal and performance took place with fantastic vitality in this excellent acoustic. 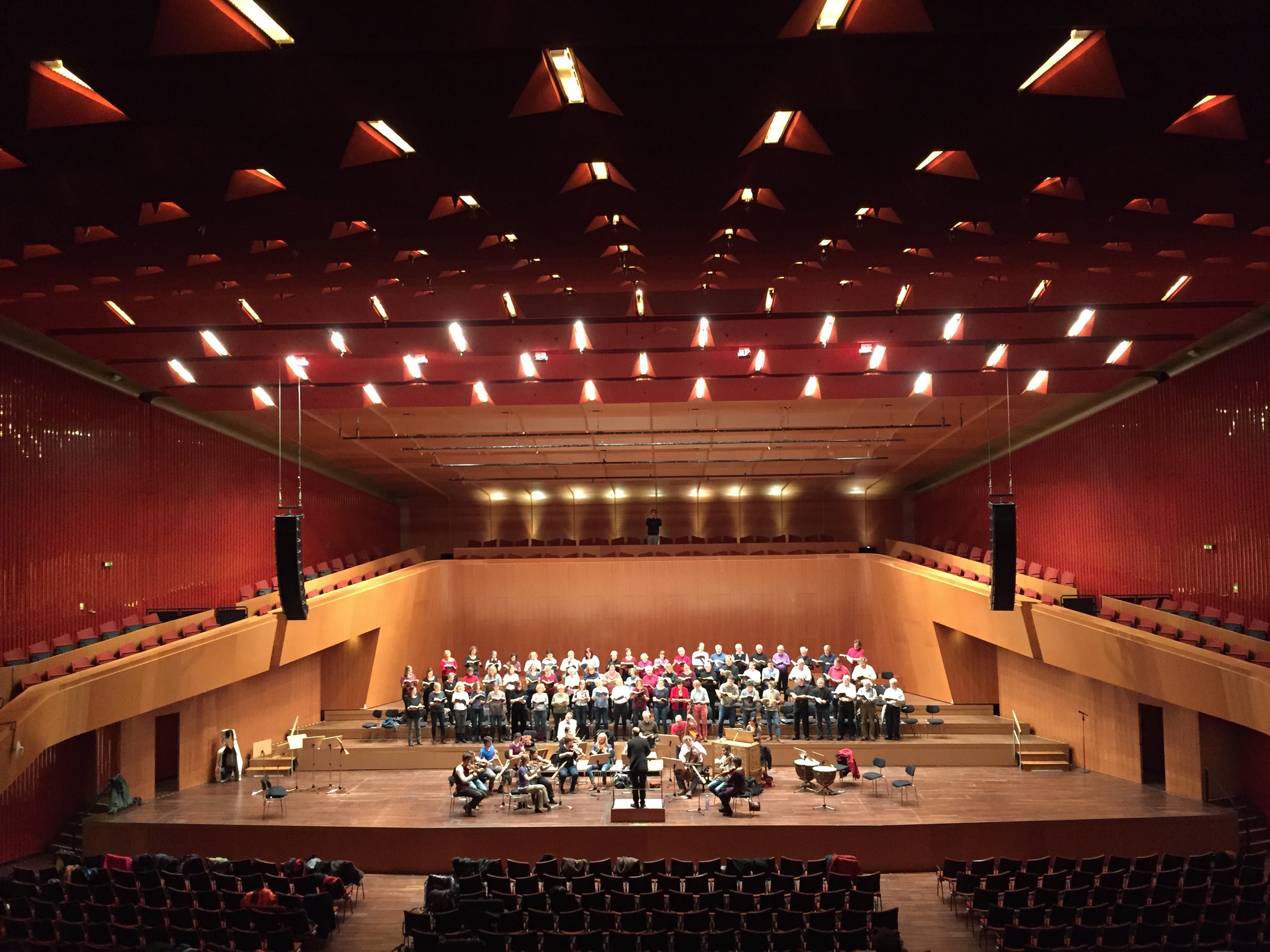 This was the first time that we have heard the Evangelische Chorgemeinschaft an der Saar sing in English - they did an excellent job. Their pronunciation was perfect and at no point did we notice that this was, in fact, a German-speaking choir. Bravo!
It was a privilege for me to play ‘The Trumpet Shall Sound’ with the bass soloist. We played the whole aria, including the ‘B’ section and the Dal Segno - and the duet seemed to captivate the audience. There were many incredible moments throughout this performance of Handel's Messiah.
The concert attracted a large audience, almost filling the Congreßhalle in Saarbrücken. There was a prolonged standing ovation at the end of the performance. It was a fantastic event and I am reminded of the great times we have had in Saarbrücken playing in New Years’ Concerts over the years: 2015, 2016 and now 2017. We have also enjoyed performing with this choir at other times of the year, including Bach’s Easter Oratorio & Ascension Oratorio. Thanks to all involved!
Germany, Handel, Le Concert Lorrain, Natural Trumpet, The Section
Russell Gilmour