Category: Chronicles
The Medieval Manuscript the 'Chronicles of Mann and Sudreys' mentions various locations, including the Isle of Man, Wales, Scotland, Ireland and even places as far away as Norway and Brittany.


Russell Gilmour (trumpet) and David Kilgallon (organ) use melodies from these countries and they merge and fuse these ideas together with their own to create unique compositions for trumpet and organ. The idea behind their musical collaboration is to explore traditional music from these countries and to adapt the music, interpret it and explore it. Chronicles' musical format is slightly unusual in that it combines trumpet and organ - not the instruments you may initially associate with folk music - but it is an approach that has sparked a lot of interest.


Their limited edition EP "Prologue" is a sample of things to come, as the production of a full album is underway. The full album will be Chronicles' musical impression of the Isle of Man's influences and rich history - as documented in the Chronicles of Mann.

Tuesday, 26 Sep 2017, 18:00
I travelled to the Isle of Man to celebrate Onchan Silver Band’s 80th Anniversary by participating in a performance of their newly-commissioned ‘Seven Kingdoms’ suite, which was performed on Tuesday 26th of September 2017 (for the first time on land) in the second half of their final concert this season at the Villa Marina Arcade in Douglas (promoted by the Isle of Man Arts Council). The band had previously given the premiere of this piece on a cruise around the Island, on board the Isle of Man Steam Packet’s ‘Ben-my-Chree’.

With seven movements by seven composers, the ‘Seven Kingdoms’ features music inspired by the kingdoms that are said to be visible from the summit of Isle of Man’s highest peak, Snaefell: the Kingdom of the Sea (Robert Quane), the Isle of Man (David Kilgallon), England (Paul Dunderdale), Scotland (Russell Gilmour), Ireland (Michael Radcliffe), Wales (Ian Astill) and Heaven (John Kinley).

The occasion was also significant as my mother, Janet Gilmour, presented two new band jackets to the band which had been purchased with funds bequeathed by my grandmother, Jessie Russell. She was a Vice President and a long-time supporter of the band. She made sure that money was donated to thank the band for their enormous contribution to our family’s musical education and entertainment over the years. I started playing in Onchan Silver Band at the age of five. 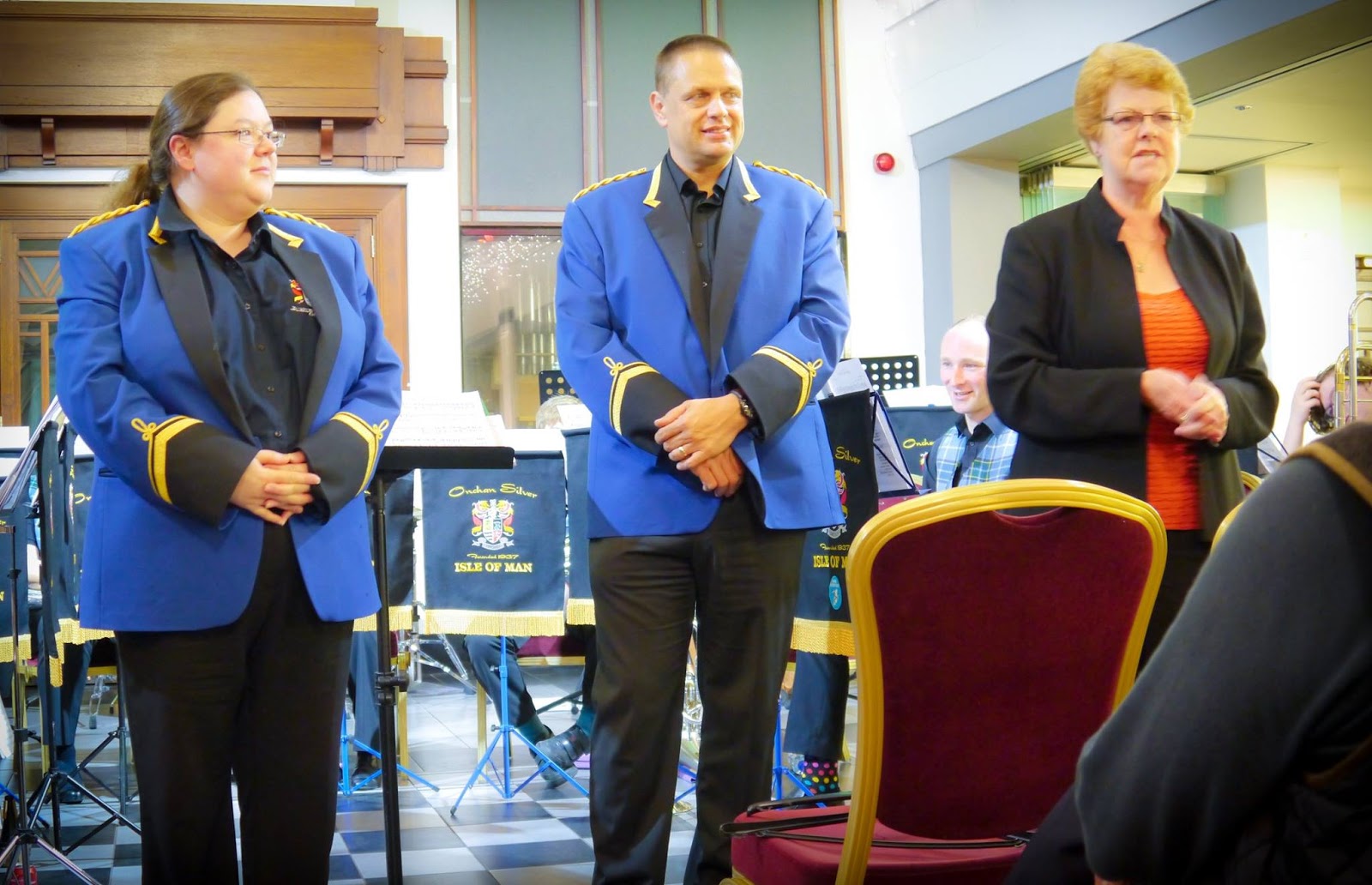 I was delighted to conduct the band in my own piece within the suite, the ‘Highland Lamentation’. 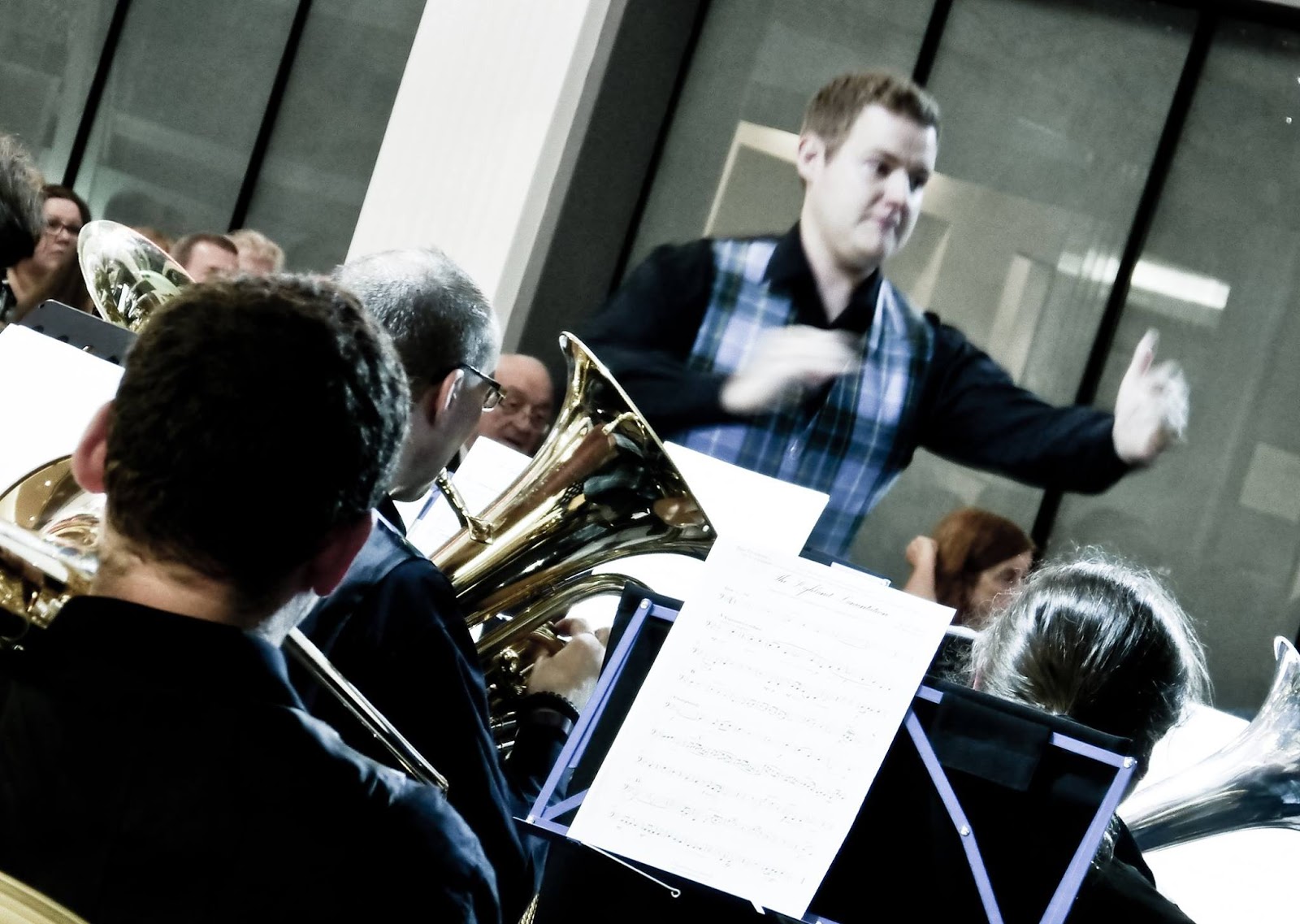 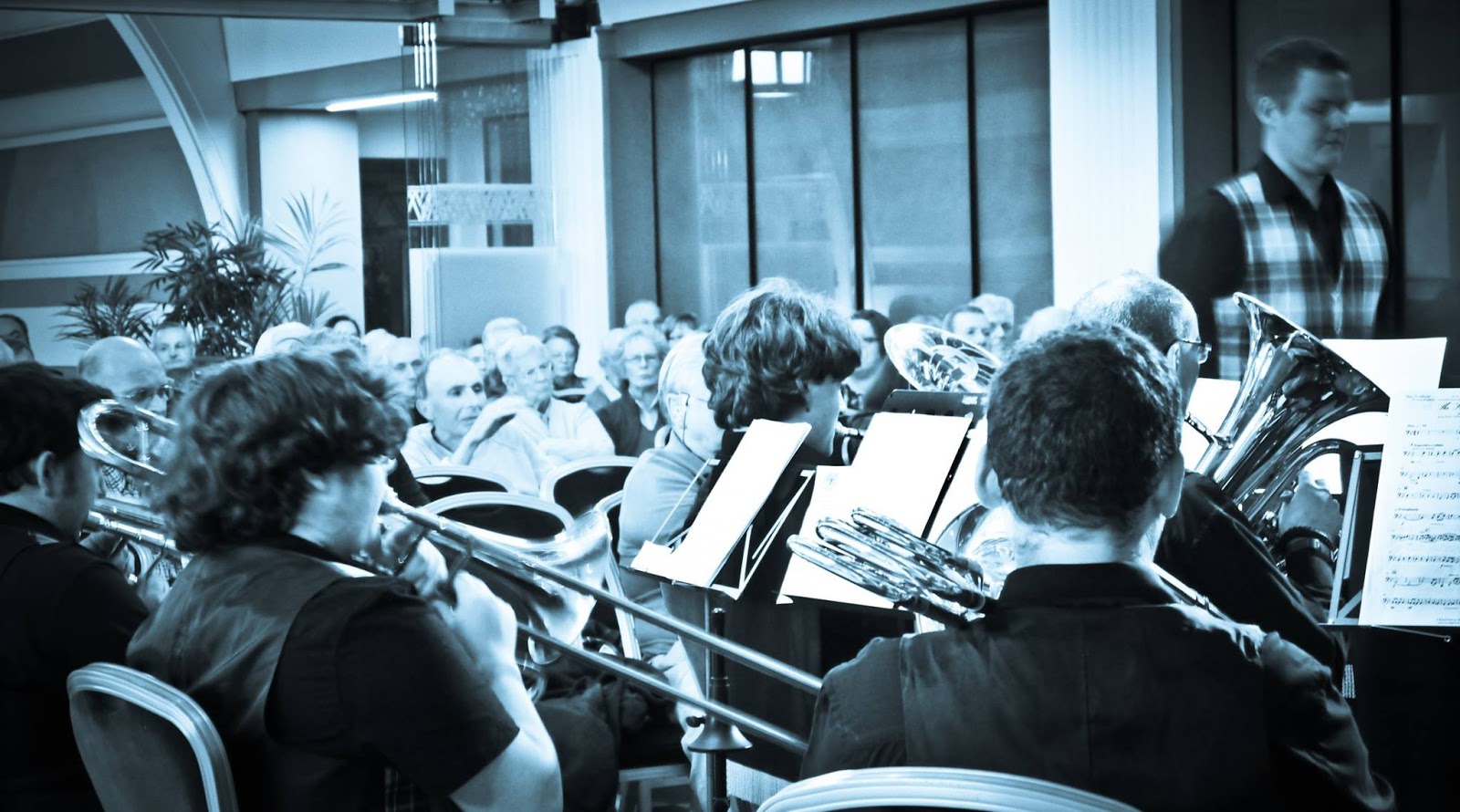 In order to evoke thoughts of Scotland, I decided to use a pre-existing Scottish tune by the 18th Century fiddle player and composer, James Oswald. The volumes of his Caledonian Pocket Companion contain many tunes worthy of further performance. I chose The Highland Lamentation because the opening has a striking resemblance to the Manx National Anthem - providing a worthwhile link to the theme of the Seven Kingdoms that are visible from the Isle of Man.

The tune in The Highland Lamentation (originally in D Major) is somewhat unpredictable and rhapsodic. Each section has a different rhetorical flavour. When I first played through the tune, I could instantly imagine it being spread out accross the different sections of a brass band or orchestra.

James Oswald left Edinburgh in 1741 to live in London. The music seems to yearn for his homeland of Scotland - I am sure that any Celt who’s left home to live ‘down South’ can empathise with that - myself included. As a lover of 18th Century music and a Historically-Informed Performer myself, I couldn’t think of a better fit.

The variety between each of the movements in the work reflected the personalities of each of the composers. The work as a whole included elements of classical music, light music, folk music, jazz influences and other entirely original ideas. The players in the band have clearly risen to the challenge of performing and adapting to such a varied suite. 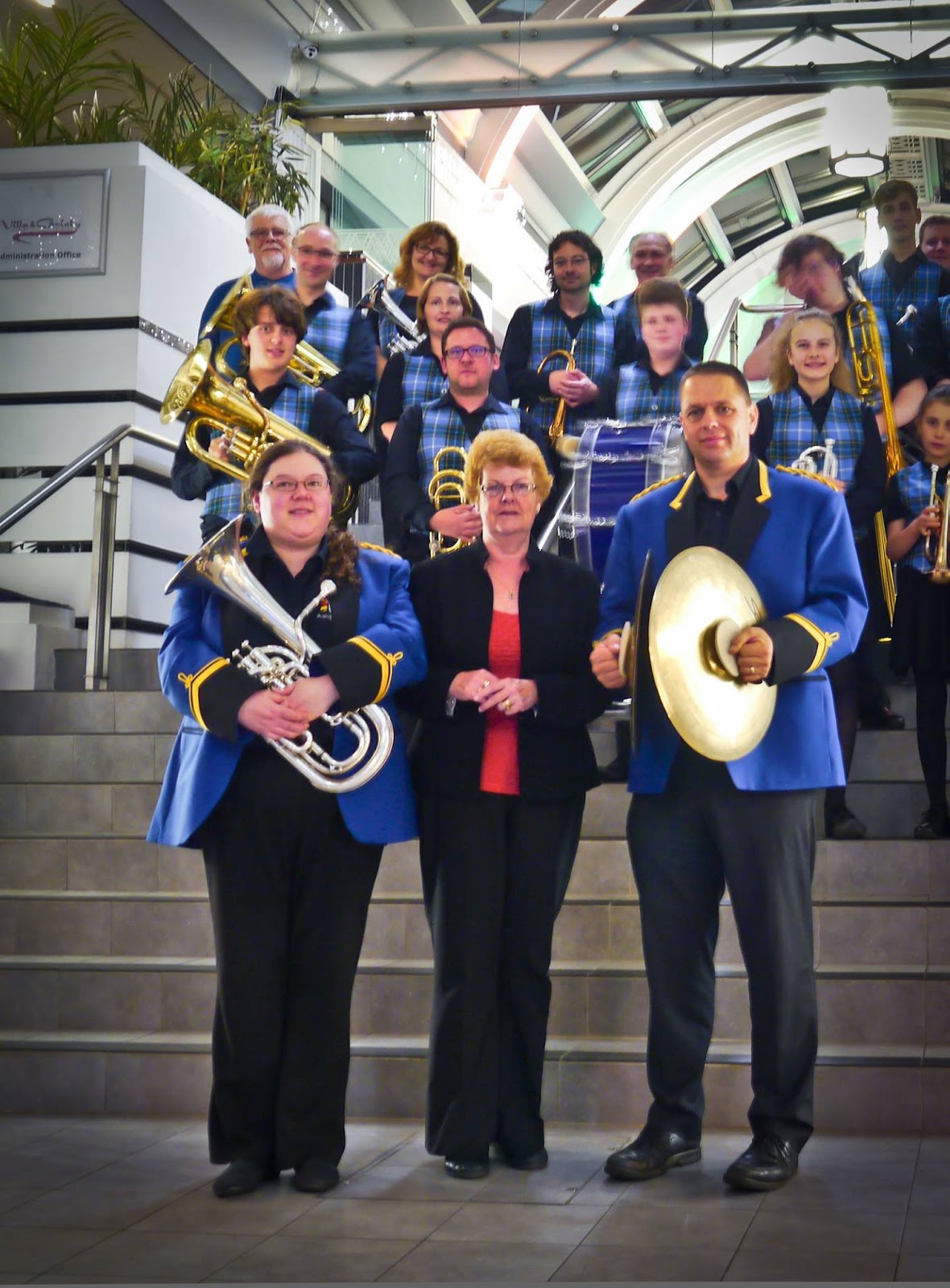