Category: Chronicles
The Medieval Manuscript the 'Chronicles of Mann and Sudreys' mentions various locations, including the Isle of Man, Wales, Scotland, Ireland and even places as far away as Norway and Brittany.


Russell Gilmour (trumpet) and David Kilgallon (organ) use melodies from these countries and they merge and fuse these ideas together with their own to create unique compositions for trumpet and organ. The idea behind their musical collaboration is to explore traditional music from these countries and to adapt the music, interpret it and explore it. Chronicles' musical format is slightly unusual in that it combines trumpet and organ - not the instruments you may initially associate with folk music - but it is an approach that has sparked a lot of interest.


Their limited edition EP "Prologue" is a sample of things to come, as the production of a full album is underway. The full album will be Chronicles' musical impression of the Isle of Man's influences and rich history - as documented in the Chronicles of Mann.

The extreme weather of Storm Ciara made some of the travel arrangements a bit of a challenge. Fortunately my route to and from Manchester was largely unaffected but there was more debris on the roads than normal, and at one point I had to ford a deeply-flooded road on the outskirts of Manchester. Nevertheless I made it to the RNCM early enough to show my wife around the RNCM (my alma mater), walk up Oxford Road to Bridgewater Hall, and have lunch before returning to the RNCM. It was amazing to see how much Oxford Road has changed since 2010, but some views have remained unchanged. 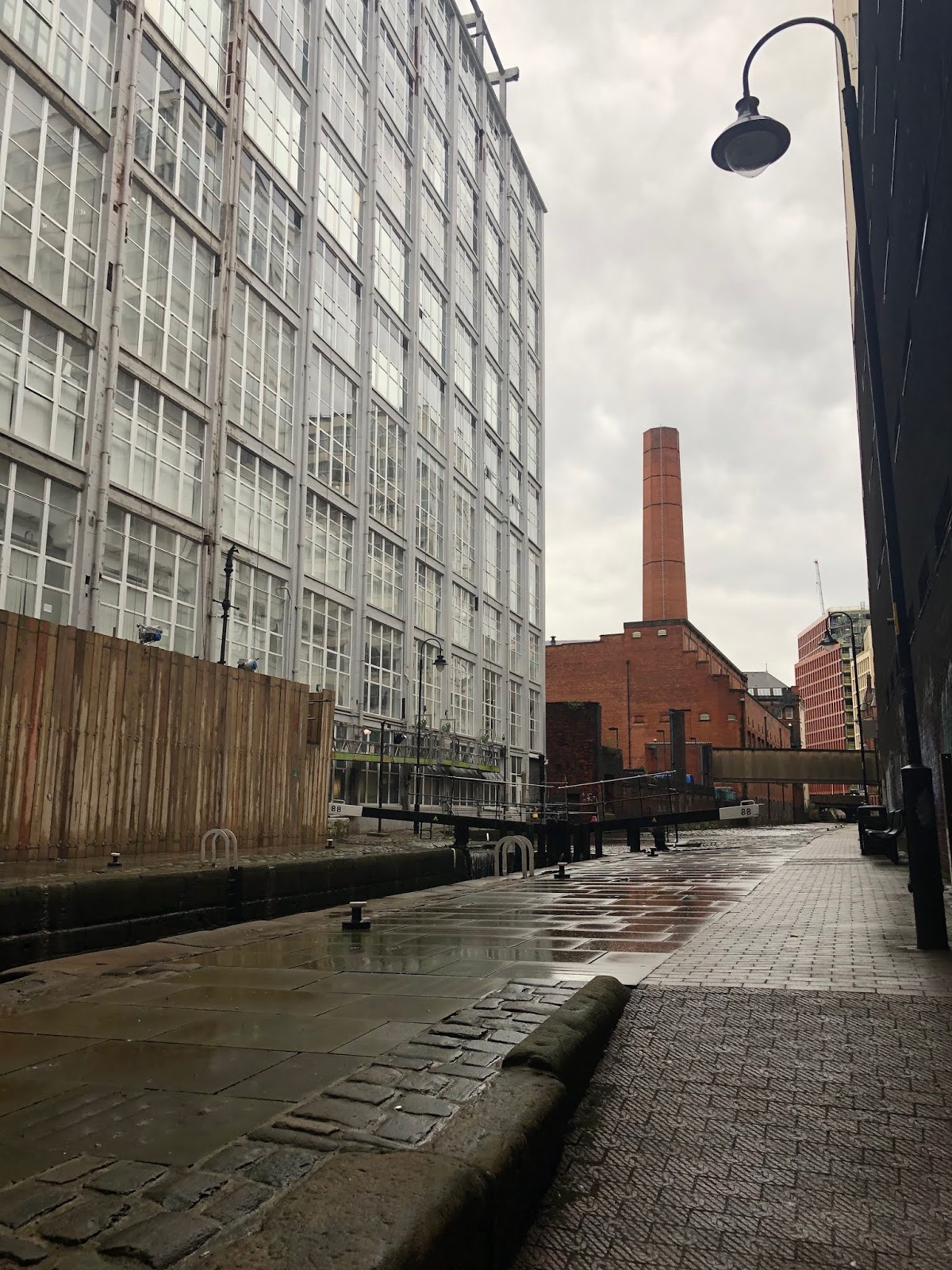 I enjoyed mentoring, and I was able to relay my experiences as a freelance professional trumpet player in the years since I studied at the RNCM and Royal College of Music in London. I also talked about my school years and the process of applying to a conservatoire. As I am 31 years old I hope to have been a good role-model, and I could relay the relatively recent example of my personal route into the profession - I stressed that we might all follow a unique route.

I listened to prepared pieces and offered musical guidance and ideas for different practice techniques to promote and maintain positive thoughts during practice. I kept my comments fairly general as the purpose of the class was not necessarily to improve upon one piece, but rather to offer an overview of the profession, to shed light on a possible path toward becoming a freelance (or employed) professional musician, and to discuss any aspirations or questions about a musical career.

In-between the playing, I told stories and anecdotes about the music profession. I told the story about how I first became interested in the natural trumpet and how tenuous it was to begin with. I explained that, for me, specialising in early music has been a very important aspect of my career and it has also led to many other contacts in the modern orchestral world. So many of the connections I have made which have led to wonderful subsequent performance opportunities came from seemingly unlikely sources. The project I had participated in earlier this week (Beethoven Symphony No.1 & Mozart Piano Concerto No.24 in Gstaad in Switzerland on Friday and again at Kings Place in London last night) with the Aurora Orchestra was an excellent case in point.

As well as a B-flat trumpet, I brought a natural trumpet, a cornetto and an original English slide trumpet with me. These are some of the instruments I most commonly use. I introduced each instrument and demonstrated on them, before offering them to be played. I used the natural trumpet and the English slide trumpet to explain the inner workings of intonation within the harmonic series, which is directly applicable to the intonation of the modern trumpet. We talked about resultant tones which confirm pure tuning, and how equal temperament (the tuning of the modern piano) is not the ideal to which orchestral (modern or historical) players aspire.

The cornetto offered a glimpse of an entirely different sound-world and technique. It demonstrates the benefit of being able to internalise pitching (to hear or sing what you wish to play). The cornetto, at first, has less of a defined centre to each note, so being able to sing and pre-hear different pitches is especially vital - and of course a beneficial skill for playing any instrument. Exploring the cornetto also improves subject knowledge; it is important to highlight that the popular brass quintet arrangements of Gabrieli’s instrumental works (popularised by groups like the Philip Jones Brass Ensemble) were not originally written for modern brass instruments. The experience of playing the cornetto is a sensory-rich and memorable way of realising this.

In the spirit of mentoring, I offered to answer any questions whatsoever - even entering into the details of how much I typically earned, or anything else that would normally be considered impolite to ask. I felt that it was important to offer open and honest advice. It was great that participants’ family members were in attendance too, as I know my own parents initially had just as many questions about a freelance career in music as I did.

I thoroughly enjoyed the mentoring session, which was most encouraging, and (I hope) reciprocally enjoyable. It was great to re-hear the names of the inspiring teachers and mentors with whom I studied between 2006 and 2010, who are still - ten years on - inspiring their students and promoting excellent musicianship. I mentioned that some of those tutors might be surprised to hear that I was still pursuing a successful trumpet playing career, which gave rise to another point; I knew very little about anything (for example I didn’t know all of my scales) when I started at the RNCM at the age of 18. I had studied with a fantastic teacher on the Isle of Man who played the trombone, and although he was most inspiring and brilliant, it was not equivalent to having a professional trumpet player as a teacher from the outset. When I arrived at the RNCM the other trumpet players in my year were streets ahead of me. I realised I would have to work hard to keep up, and that gave a good work ethic. Arguably I did a little too much playing and practice in my first and second years, when I had been used to doing basically no practice (though I did at least play in ensembles every day) before studying at the RNCM. However, simultaneously taking the Qualified Teacher Status (QTS) pathway that the RNCM offered over the third and fourth years, meant that I had to streamline my practice around my QTS commitments, and it certainly meant that I had to make my trumpet practice much more efficient. I wasn’t suggesting that we should all do less practice, instead I was suggesting that practice is about quality, not quantity. I was reminded of Michael Laird’s words (paraphrased): ‘improving on the [natural] trumpet is a simple matter of practising the things that you cannot [yet] do, and not getting depressed by them’.

It was great to be back at the Royal Northern College of Music and to indulge in my nostalgia and memories there. My wife and I stopped for a magnificent roast dinner on the way home at one of my favourite pubs in the UK - a 480-year-old former manor house in Macclesfield - Sutton Hall. One patron had arrived on a traction engine, which remained in steam outside while its owner enjoyed this wonderful pub - which was the birthplace of Ralph Holinshed whose chronicles became the basis for fourteen of Shakespeare's plays. 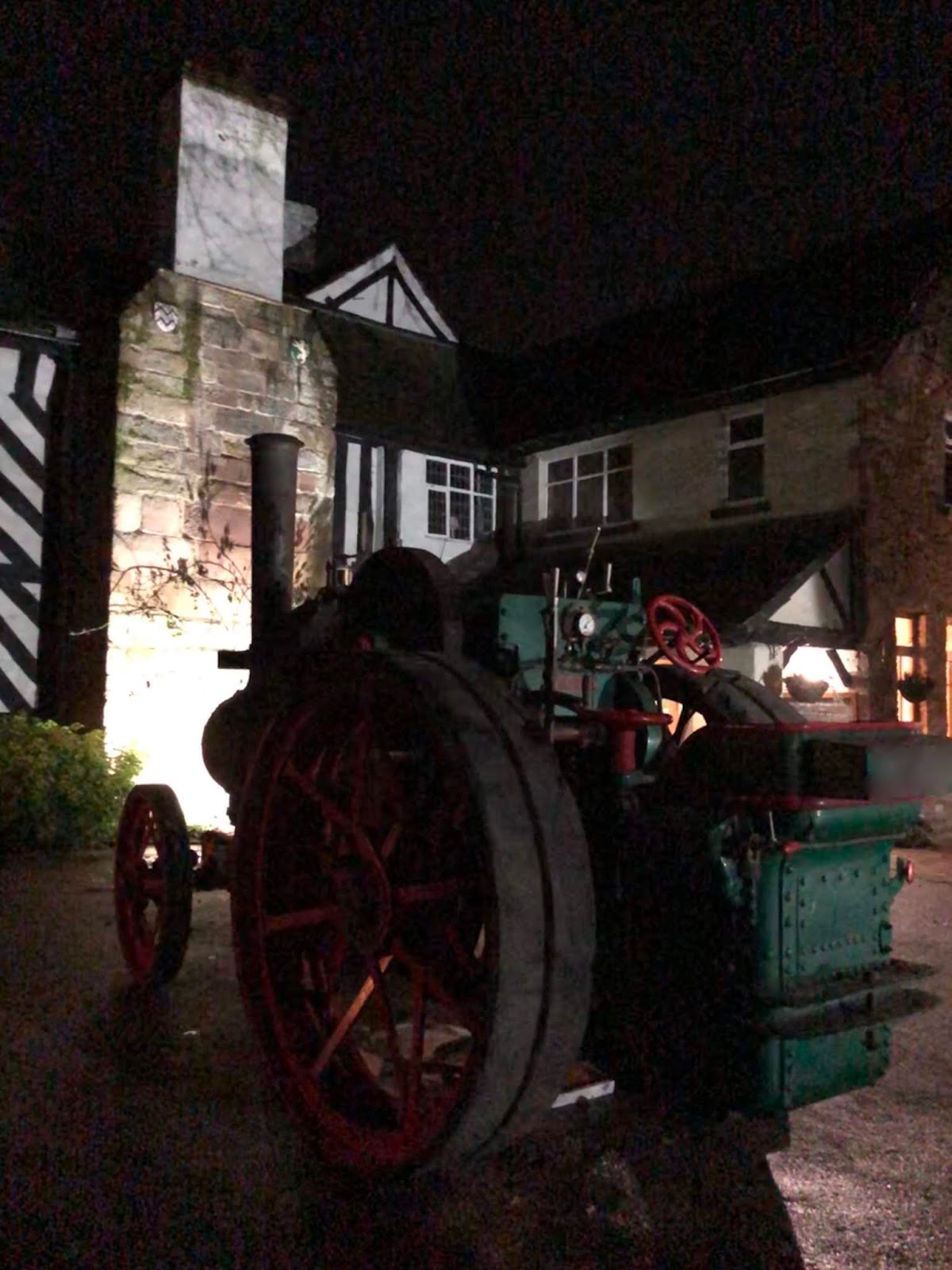