Thursday, 19 Nov 2015, 22:00
In what has been a busy week, I returned (early in the morning) from Wrocław in Poland to the United Kingdom for a concert on Thursday 19th of November 2015. I returned to the Temple area in London to perform just a few metres away from where I performed ‘Let the Bright Seraphim’ and Vivaldi’s ‘Gloria’ on Monday 16th of November 2015. This time it was with slightly different forces (The Temple Players and the Temple Singers) playing entirely different music and the venue was not Temple Church but ‘Middle Temple Hall'. 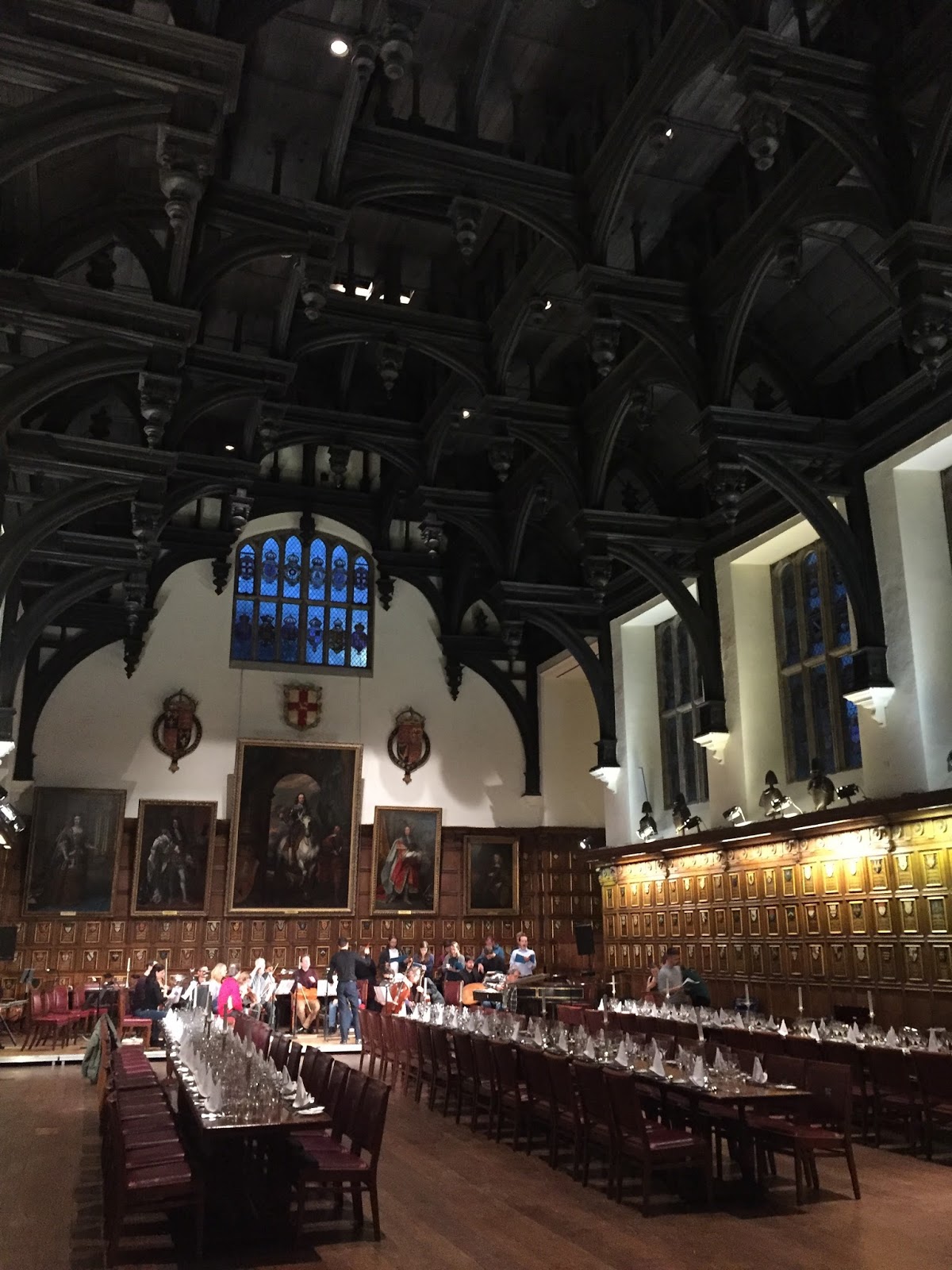 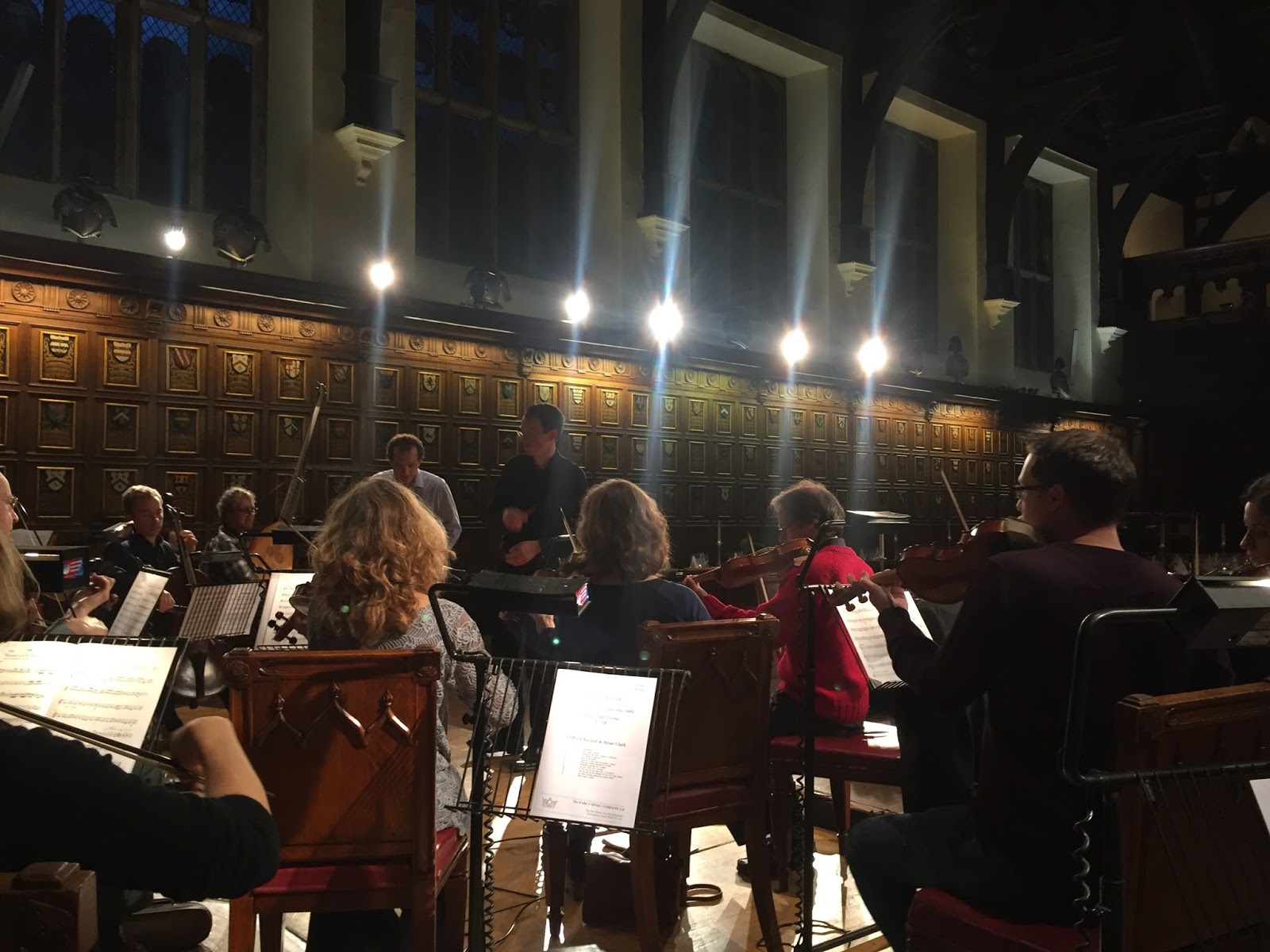 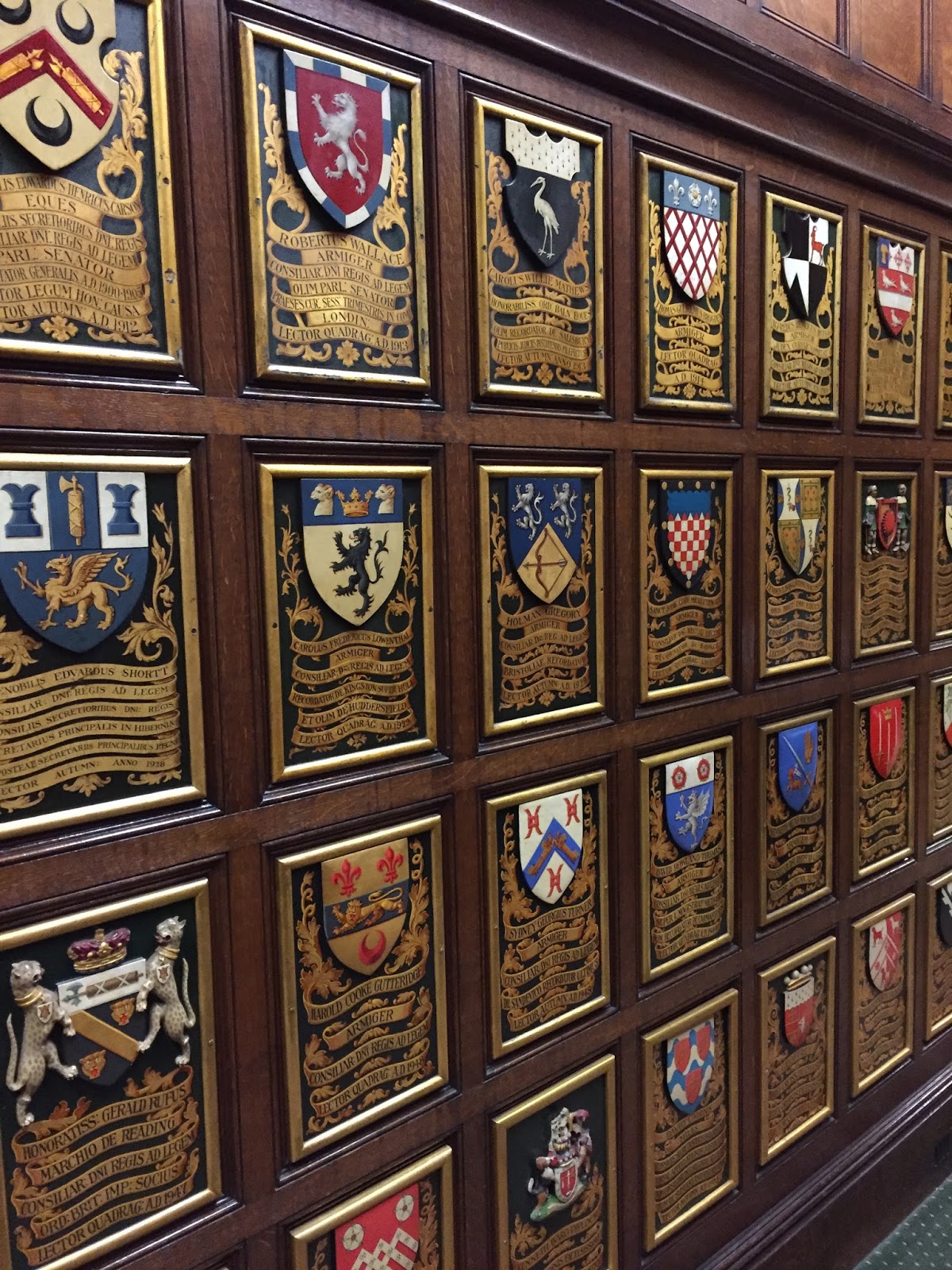 Middle Temple Hall is one of the ancient Inns of Court in the heart of London’s legal quarter. Middle Temple Hall was built between 1562 and 1573 and it remains largely unchanged today. The first documented performance of Shakespeare’s ’Twelfth Night’ took place in Middle Temple Hall on 2nd February 1602. The hall seems even more impressive when you consider the fact that it survived both the Great Fire of London and the Blitz of the Second World War.
We were to perform music by Henry Purcell - ‘Welcome to All the Pleasures’ and ‘Hail, Bright Cecilia’. 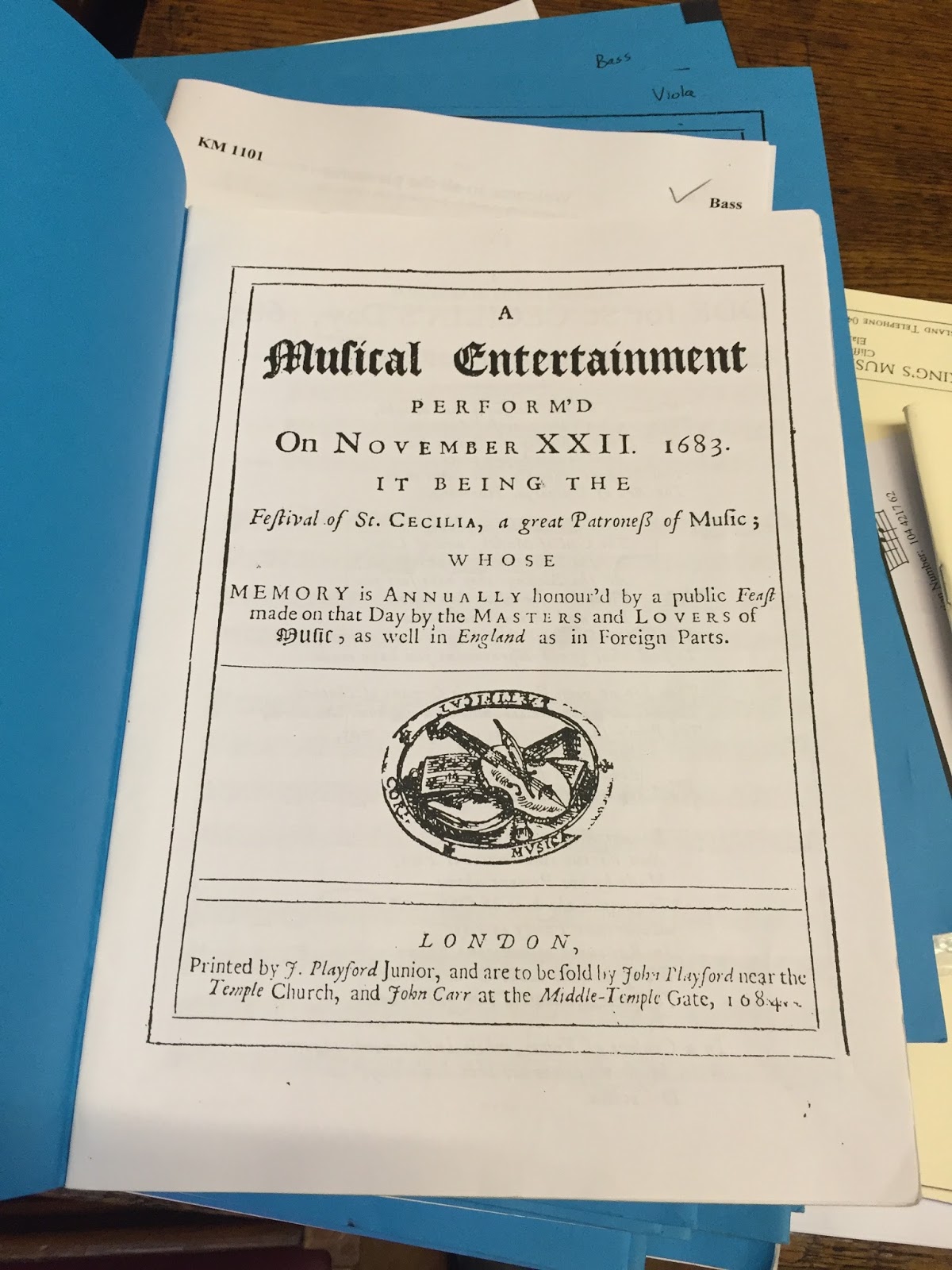 Performing this piece at this venue was significant, upon reading a facsimile of the original (above).
The performance began after a gourmet meal had been served at the long, beautifully-presented banqueting tables. It was there that the audience stayed seated, and at 9pm they listened attentively while we entertained them with these delightful pieces by Purcell. The music rounded off the whole event by 10:15pm.

It was an incredible venue to perform in and it was an excellent trumpet and timpani section to work in. Russell Gilmour (Natural Trumpet), Richard Thomas (Natural Trumpet) and Scott Bywater (Timpani). We played the trumpet feature ‘The Fife and All the Harmony of War’, complete with the prominent non-harmonic series tone (written Eb in the first trumpet part) at the end of that number. It was great to play this in an ancient hall that would have already been considered to be an old building during Purcell’s lifetime and it was fantastic to perform to an audience ‘at the table' in such fine surroundings.
Concert, London, Natural Trumpet, Purcell, The Section
Russell Gilmour