Saturday, 22 Jun 2019, 19:30
Following on from our project in January in Salzburg’s Mozartwoche, Les Talens Lyriques revisited Mozart's Betulia Liberata [K.118/74c], under the direction of Christophe Rousset, for a performance in Paris on Saturday 22nd June 2019. 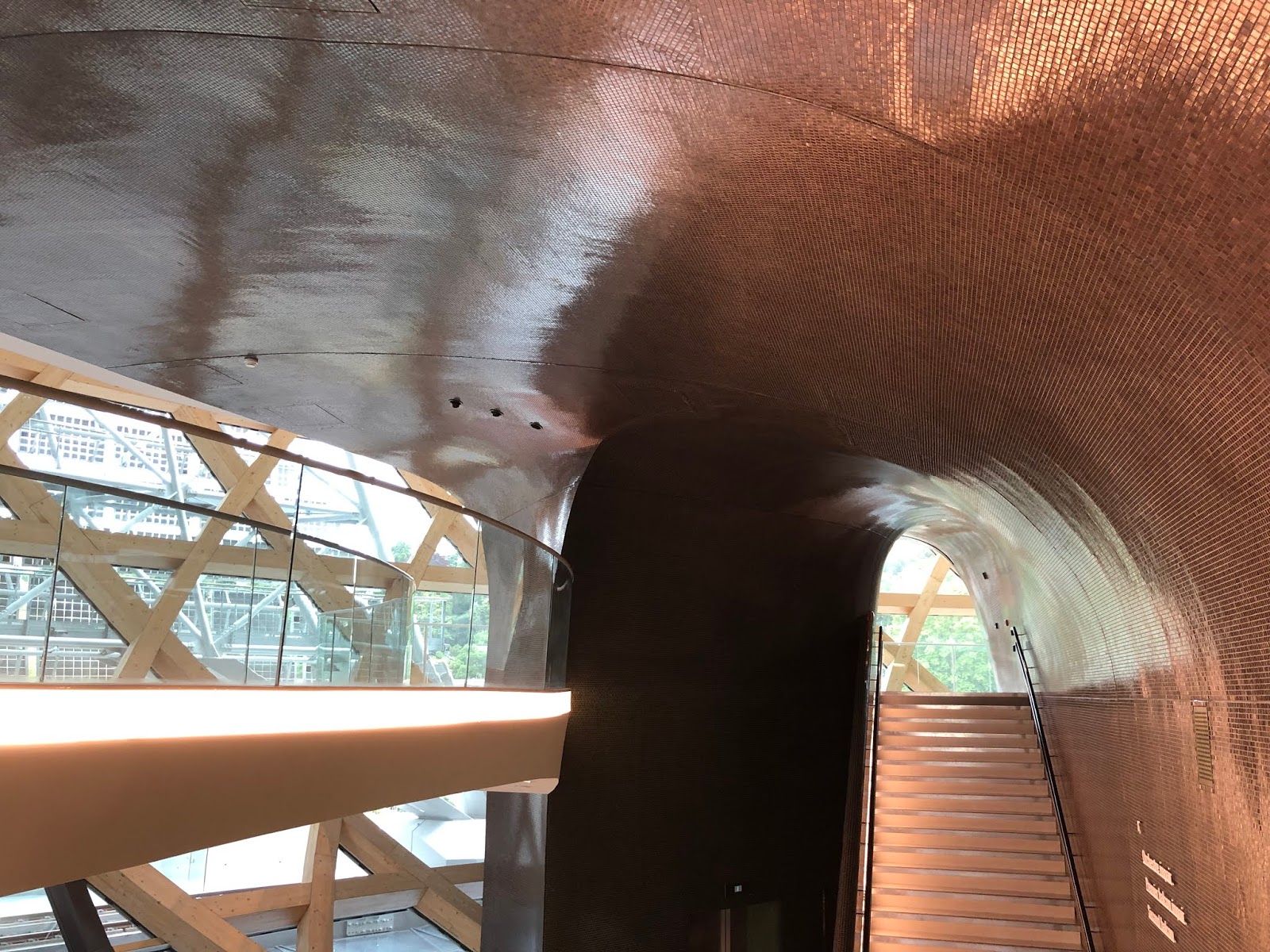 The performance took place at La Seine Musicale, an impressive new venue - completed in 2017 - which is situated on an island on the River Seine between Boulogne-Billancourt and Sèvres, in the desirable western suburbs of Paris. The structure has the appearance of a large cruise ship and the superstructure points seaward towards the river's mouth at La Havre. 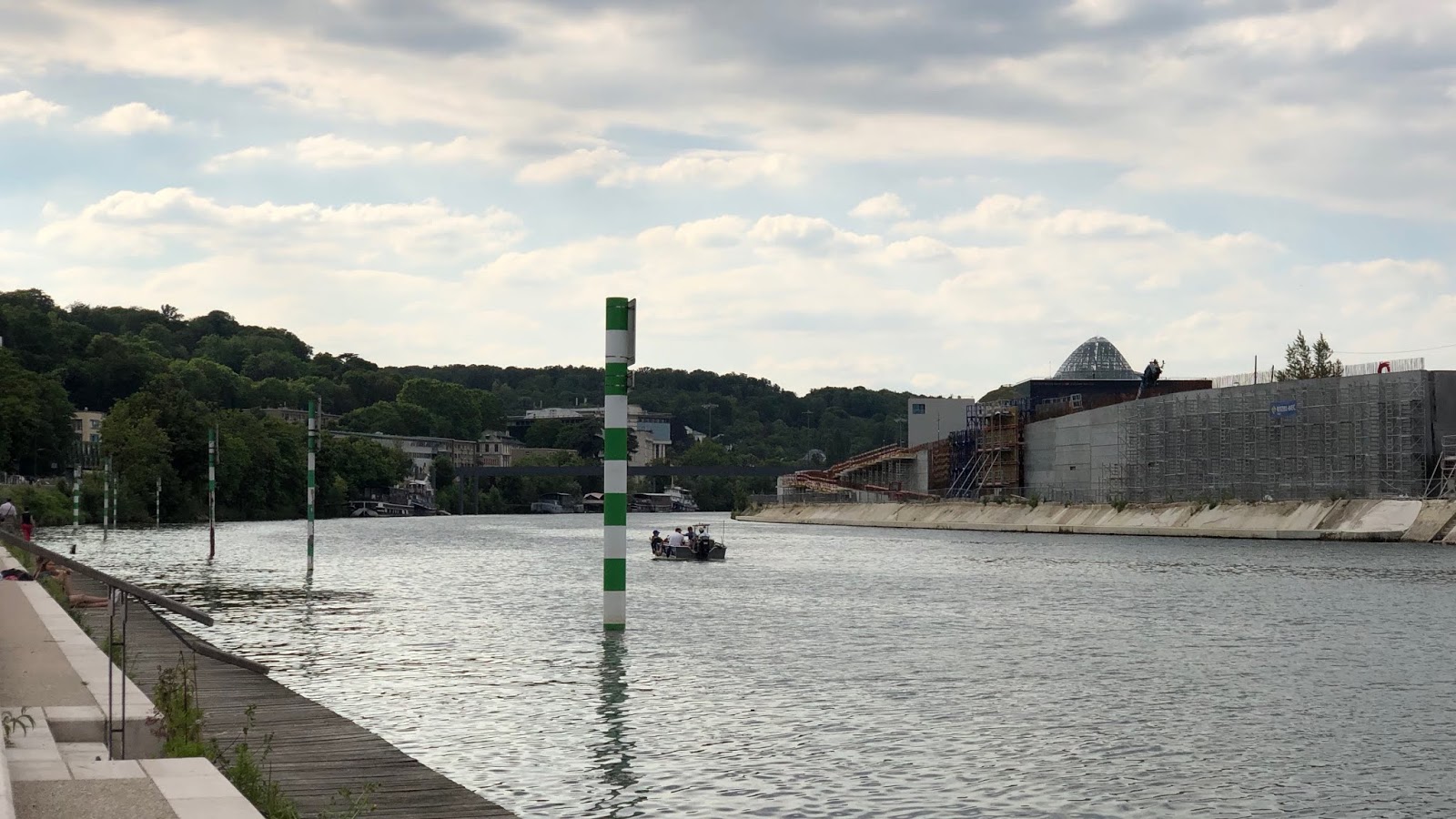 This island - Île Seguin - had previously been home to Paris's tanning industry (the river has already flowed through Paris by the time it reaches this island), despite the smells it was also a favoured escape for the Belle Époque's city dwellers (it is 12km downstream from Notre Dame), and between 1929 and 1992 it was the home of the car manufacturer Renault, with a workforce of 30,000 here. Since 1992, the area has been totally redeveloped into this state of the art facility.

The complex boasts two auditoriums: one concert hall with a seating capacity of 1,150, and another hall - the Grande Seine - which is more like a stadium, with the ability to accommodate 6,000. 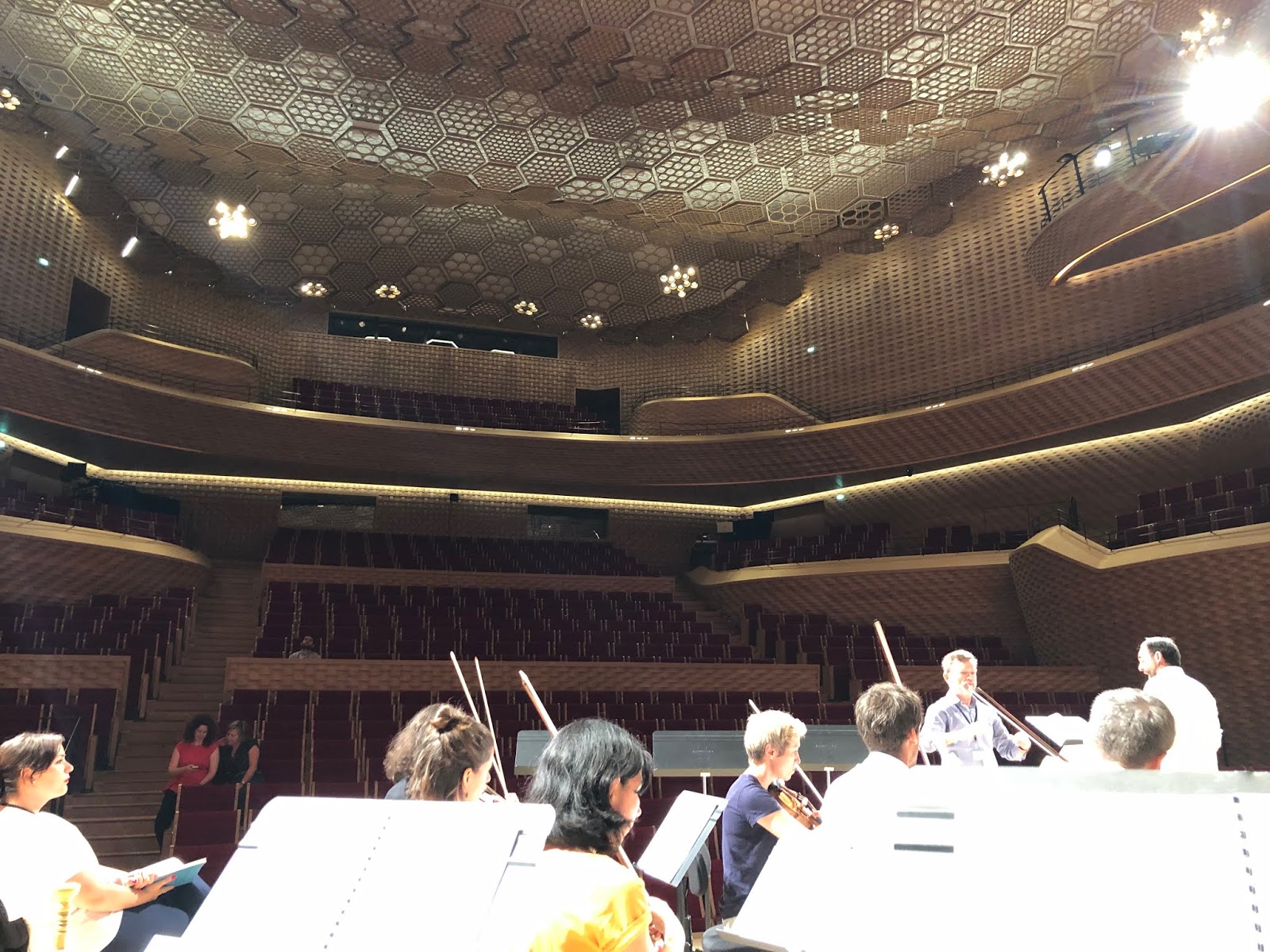 The whole complex is architecturally impressive and a glass dome, surrounded by a mobile arc of solar panels, makes the structure very distinctive. 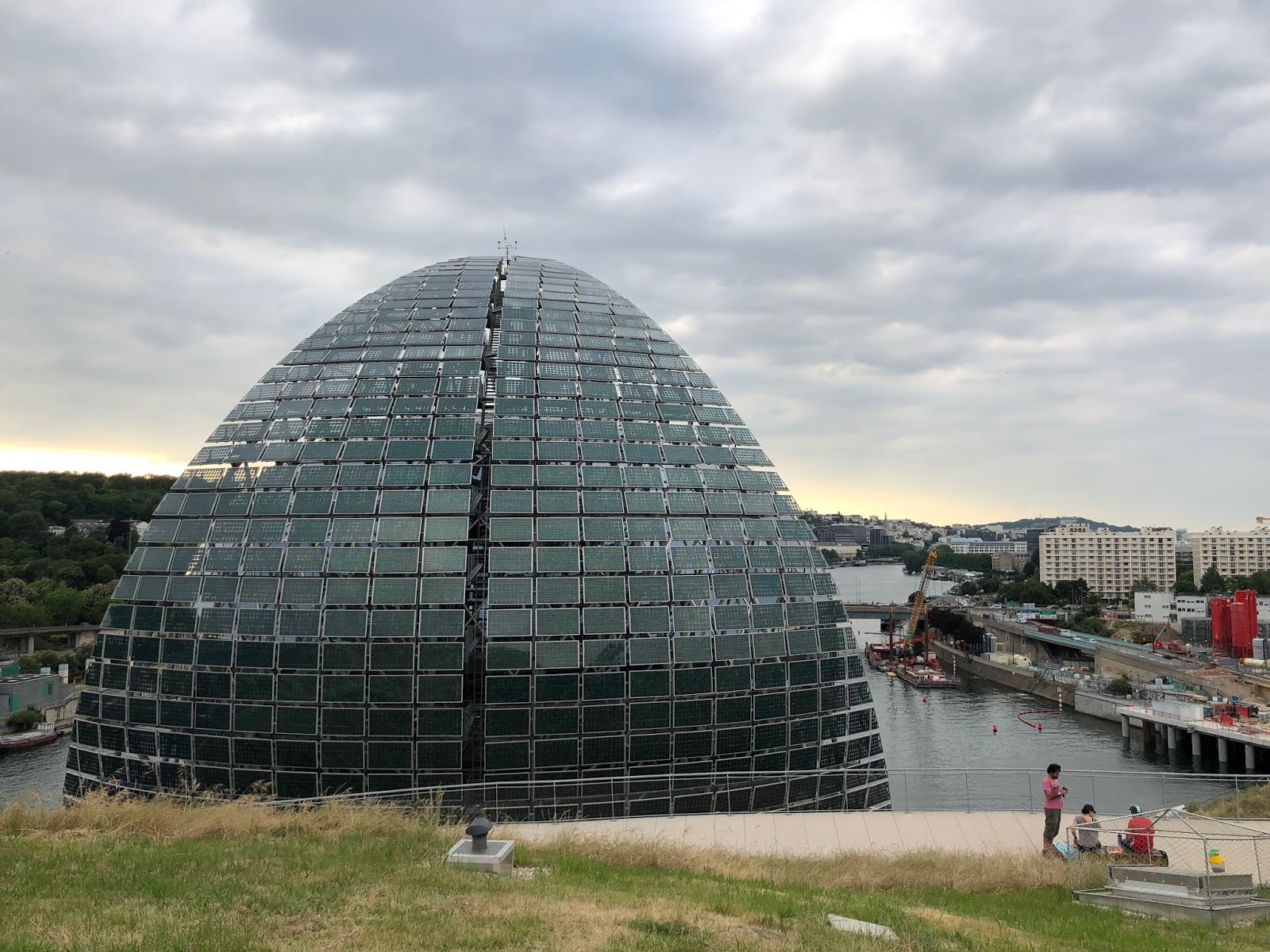 The rehearsal finished at 15:30 and there was a long time before the performance at 20:30. After a leisurely dinner, Will and I crossed a bridge and walked for a considerable distance along the opposite riverbank, in both directions. It was great to explore the area and admire the views over the river from in between the houseboats. After this, we climbed the 125 external steps to reach the roof garden of La Seine Musicale; from there we could admire panoramic views of the area and the iconic Eiffel Tower was visible to the east, and a hot air balloon was in flight to the south of the tower. 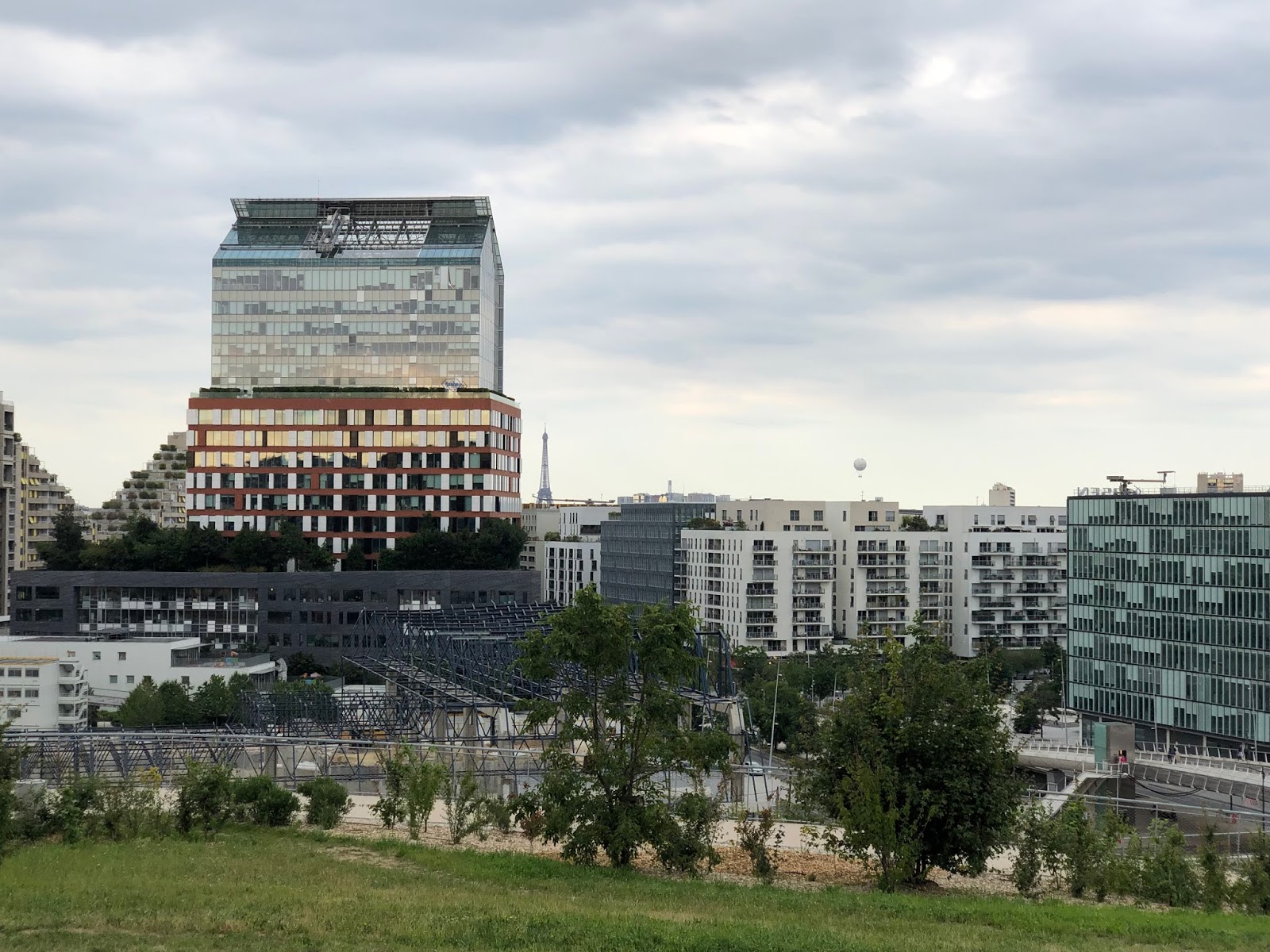 The performance featured carefully shaped choruses from the 23 singers of the French chamber choir Accentus (chorus master Christophe Grapperon) and Christophe Rousset led the excellent orchestra, soloists and chorus through this little-known Oratorio.


Since we had arrived in Paris, on the evening of Friday 21st of June, Paris was alive with music as the festivities of the Fête de la Musique were taking place. This nationwide festival takes place on the summer solstice, and people meet to make music, give free concerts and perform in the streets. It is a wonderful concept and it has taken place annually in France since 1982 and has since become popular elsewhere. It was a great time to be in Paris and to celebrate music of all types!
We will be returning to Paris next week to record this work at La Seine Musicale with Les Talens Lyriques.
Classical, Festival, France, Les Talens Lyriques, Natural Trumpet, The Section
Russell Gilmour