Saturday, 21 May 2016, 18:30
On Saturday 21st May 2016 I performed with Sinfonia Britannica in the National Musicians’ Church in London, otherwise known as St Sepulchre-without-Newgate on Holborn Viaduct.

Joanna Tomlinson directed the large and enthusiastic voices of the Constanza Chorus through three demanding works: Vivaldi’s ‘Dixit Dominus’ RV595, Monteverdi’s ‘Beatus Vir’ and J S Bach’s ‘Magnificat’ BWV 243. The choir was responsive and clear and Joanna Tomlinson kept the group together in this generous acoustic.

The well-attended concert began with Vivaldi’s ‘Dixit Dominus’. This delightful piece certainly deserves more recognition and exposure than it gets. The work has several beautiful instrumental features, including a duet which featured the stylish playing of the cellist Poppy Walshaw. One of the other moments it features is an exposed trumpet solo in ‘Judicabit in nationibus’ (‘He shall judge the nations’) which I played. The instrumentation in this movement clearly represents the tradition of the trumpet being sounded as a judge entered a courtroom. Händel used this device in ‘The Trumpet Shall Sound’ in his ‘Messiah’, utilising the actual fanfare played in English courtrooms. Vivaldi is making a similar instrumental gesture in this movement. I enjoyed playing this solo, and I was complimented by the choir in a twitter post...

And we loved the fabulous trumpet playing @trumpetruss - including the thrilling solo in Vivaldi #Dixit Dominus
— Constanza Chorus (@constanzachorus) May 22, 2016

An intimate performance of Monteverdi’s ‘Beatus vir’ preceeded J S Bach’s ‘Magnificat’. Our trumpet section consisted of Russell Gilmour (1st), William Russell (2nd), Gareth Hoddinott (3rd) and Rosie Toll (timpani). The concert was enjoyable and there was a celebratory feel throughout. Well done to all in the Constanza Chorus, to Sinfonia Britannica, and especially to the conductor and soloists who were all brilliant. 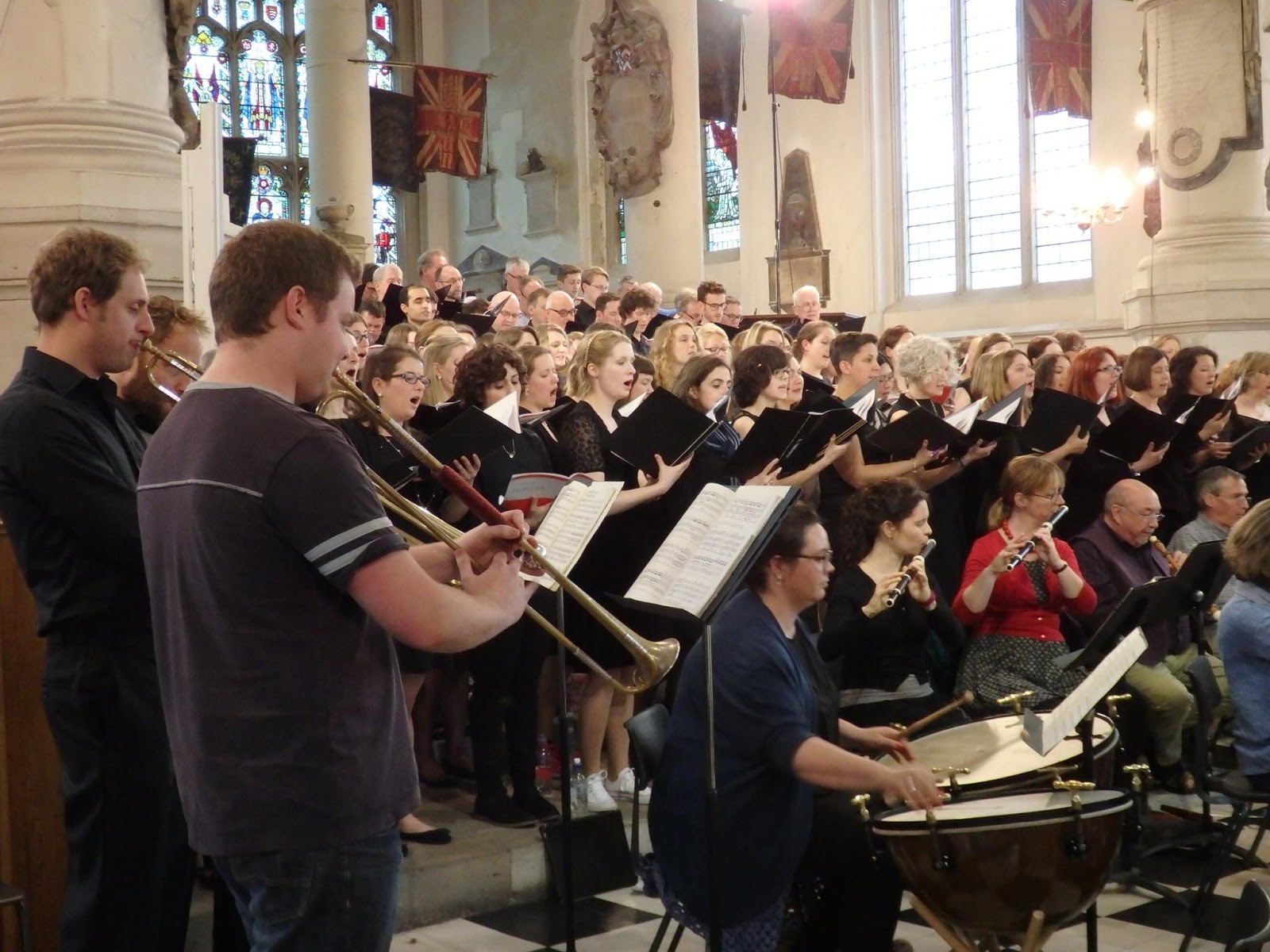