The Little Baroque Company, led by Kinga Ujszaszi, performed with the St. Cecilia Chorus on Saturday 12th of November at St. Andrew’s Church in Cheam. The evening, conducted by Jonathan Rennert promised ‘festive and celebratory music from the first half of the 18th century… predominantly bright in mood, with brilliant orchestral colour, often featuring trumpets.'

William Croft’s 'Te Deum’ is a rather delightful piece with two trumpets (played by Russell Gilmour and William Russell), two oboes (played by Cait Walker and Oonagh Lee), strings, continuo, chorus and soloists. The piece was written to celebrate the Duke of Marlborough’s victory at the battle of Malplaquet and it was performed in the Chapel Royal on 17th February 1709. Congratulations to the St. Cecilia Chorus for choosing to perform this lesser-known work.

Maintaining the triumphant feel, the programme continued with music by the Italian composer, Giuseppe Torelli, who had spent most of his life writing music to be played in the enormous Basilica of St. Petronio in Bologna (which is currently the tenth largest church in the world, by volume). The 'Sonata in D Major (G1)' was performed by Russell Gilmour on the natural trumpet and accompanied by exceptionally refined playing from Kinga Ujszaszi (Violin), Kirra Thomas (Violin), Susie Carpenter-Jacobs (Violin), Eleanor Harrison (Violin), Alexis Bennett (Viola), Joanne Miller (Viola), Carina Drury (Cello), Hannah Turnbull (Double Bass) and Ian Le Grice (Continuo). Having never played this concerto before, I was delighted with the performance and thanks must go to all of the string players for their fine-playing. 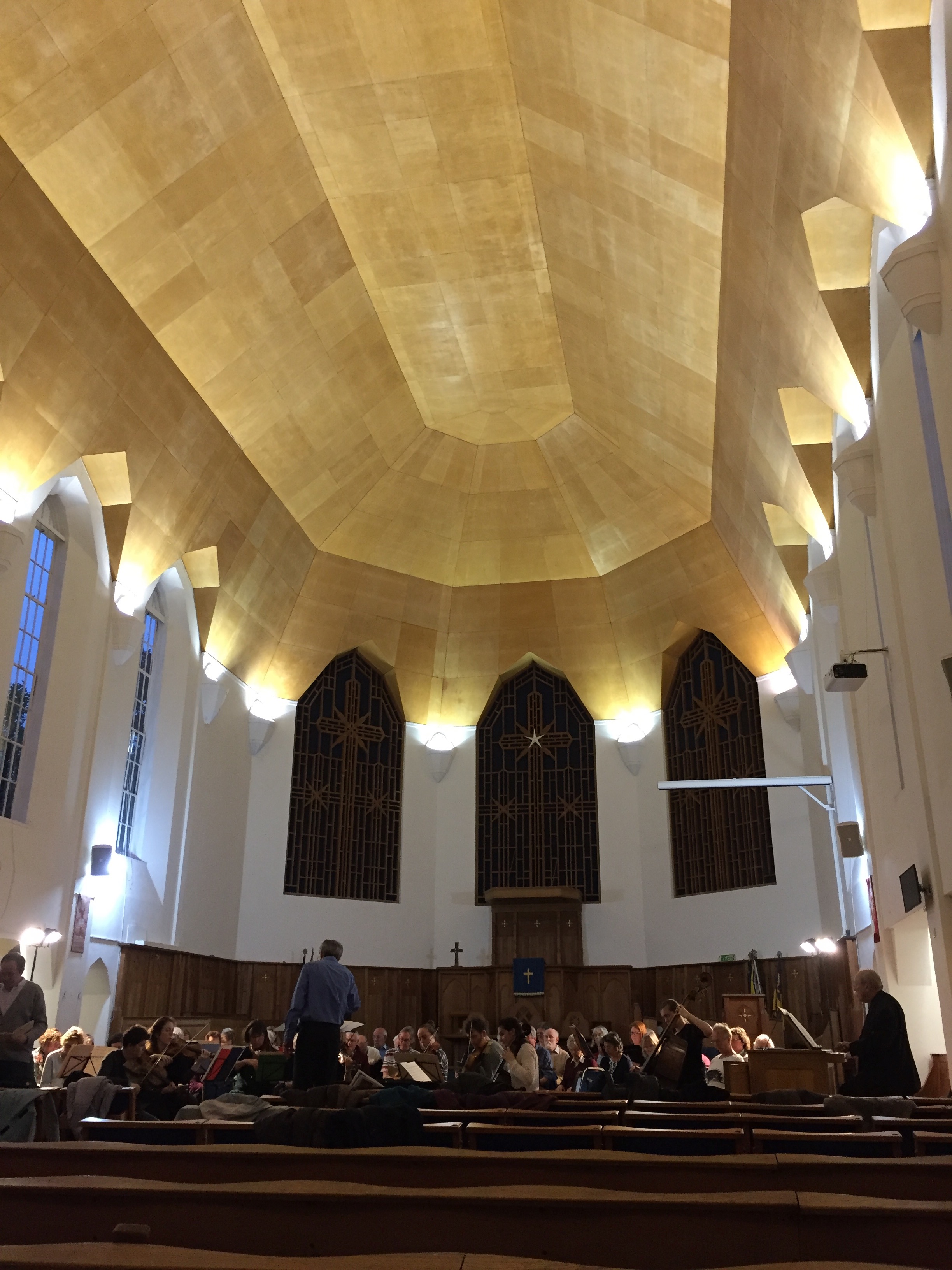 The concert was well-attended and I was delighted that the acoustic of St. Andrew’s Church in Cheam is just as good with an audience present as it is during rehearsals. It is a very nice building to play in.

Thanks to all involved and to the organisers.