Thursday, 9 May 2019, 14:30
Following the OAEducation's workshops and performances in Plymouth last week, the group gave two consecutive performances in two different Boroughs of London (Merton and Wandsworth) on Thursday 9th of May 2019. 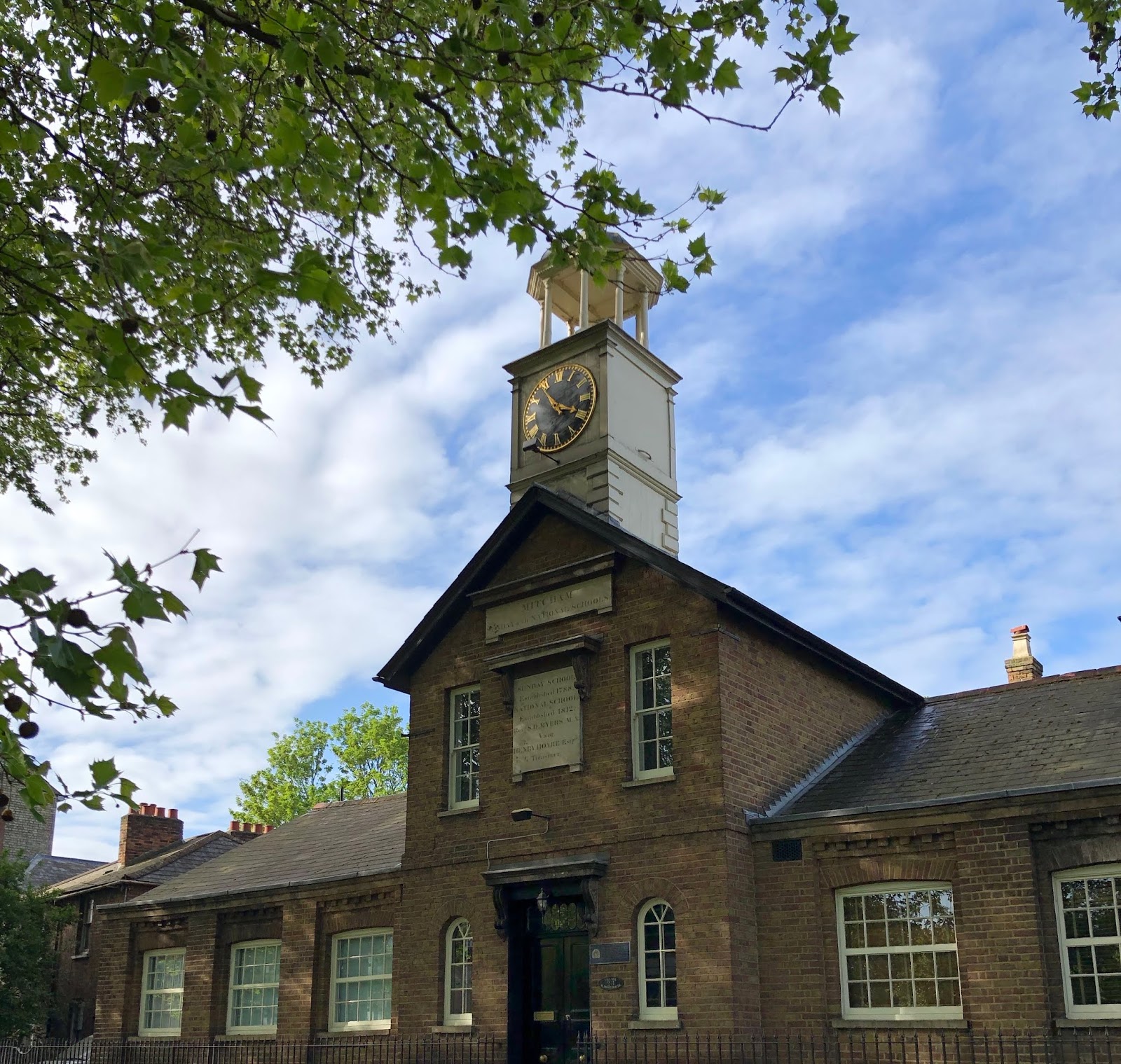 The story included many young performers from Cricket Green School in Merton (next to the picturesque 18th-century Mitcham Sunday and National School, as pictured above) and Greenmead Primary Special School in Wandsworth. It felt as though the music had a particularly powerful influence on the young student listeners; their response changed in sympathy with the changing moods of the music as the story progressed.
New music had been composed for today's performances and we were treated to a new opening, entitled 'Forest Music' by the students of Cricket Green, and a new Lullaby composed by the students of Greenmead Primary Special School.
I cycled between the schools, along a serene National Cycle Path, following the route of the River Wandle en route to Greenmead Primary Special School in Wandsworth.
Education Outreach, Modern Trumpet, Natural Trumpet, OAEducation, Purcell, The Section
Russell Gilmour