Thursday, 17 Jul 2014, 21:00
I returned to Wrocław to make a CD recording with Andrzej Kosendiak's ensemble. We recorded more music by Gorczycki for Volume 2 of the National Forum of Music's Gorczycki series. 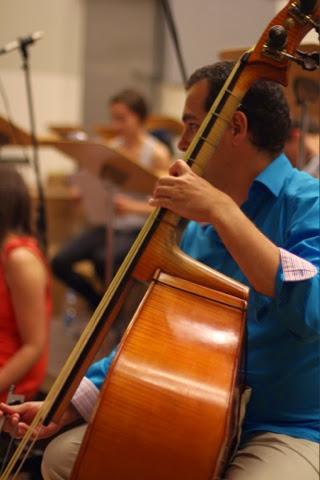 The music is just as stunning as the pieces we played in the first volume. This time we recorded three different pieces of music involving trumpets in three different keys: D, C and B-flat. These included: 'In Virtute Tua', 'Litaniae de Providentia Divina' and 'Conductus Funebris'. Add this to the 'Laetatus Sum' and the 'Completorium' that we recorded in Volume 1 in 2012 and I think that is Gorczycki's entire repertoire for trumpet.
The B-flat trumpet was required for a four-movement work, entitled 'Conductus Funebris' - with movements: 'Subvenite Sancti Dei', 'Libra Me Domine', 'Salve Regina' and 'In Paradisum'. It is fairly unusual to find baroque music for the long B-flat natural trumpet. The most famous other work that springs to mind that utilises a long B-flat natural trumpet (of some description) is J. S. Bach's 'O Jesu Christ Mein Lebens Licht' (BWV 118) - written for the 'Lituus', an instrument that has attracted a great deal of speculation. In truth, little is known about exactly what this instrument would have been. Gorczycki's use of the B-flat trumpet in the 'Conductus Funebris' did spark my mind to make this connection to BWV 118, especially as both pieces were written for funeral ceremonies. It seems that this dark and mellow B-flat instrument had some association with funeral services, perhaps because the D trumpet would have been considered to be too bright and celebratory - symbolically and musically. After carrying out a little research, I found that Bach's BWV 118 was written in 1736 or 1737 and it was performed at the graveside burial service of Count Friedrich von Flemming on the 11th of October 1740. Gorczycki died in 1734, in Krakow - so there's almost certainly no way he would have known Bach's BWV 118. I wonder if Gorczycki had any influence on Bach... It seems unlikely. Perhaps they had independently chosen to use the long B-flat trumpet - either pioneering this musical association or reviving an older convention of long trumpets being used at funerals. I would have to do a lot more research on the subject to be able to give a more exact answer. 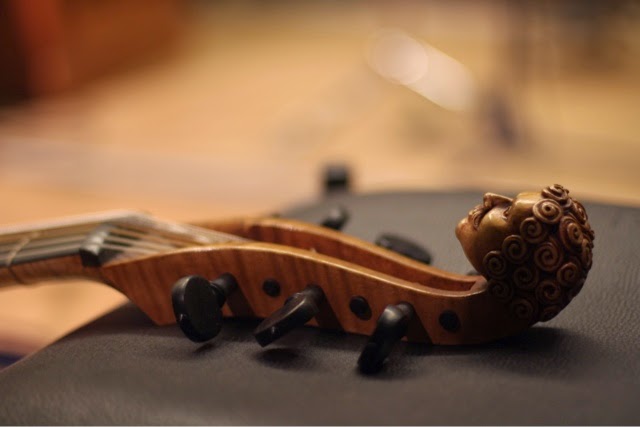 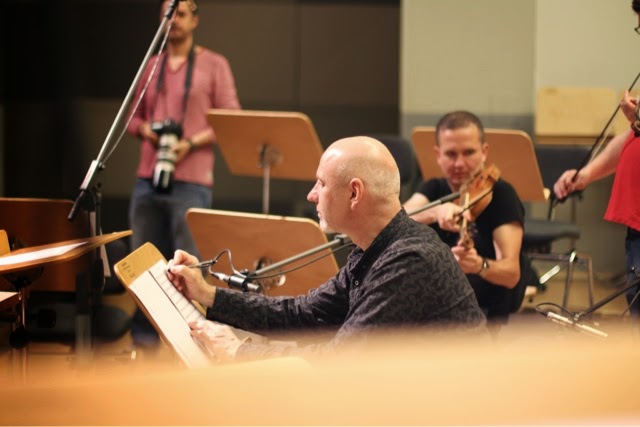 Andrzej Kosendiak directed the group and focused, rightly, on making the instrumentalists phrase to the words of the singers. He added some dynamic shapes where necessary and generally allowed the players artistic freedom within the framework of the phrasing, as dictated by the words. At times, it was challenging to make the B-flat trumpet comply with some of the more subtle demands of phrasing, though I think we did a good job in taming the instrument - known colloquially as the 'catastrophone'! 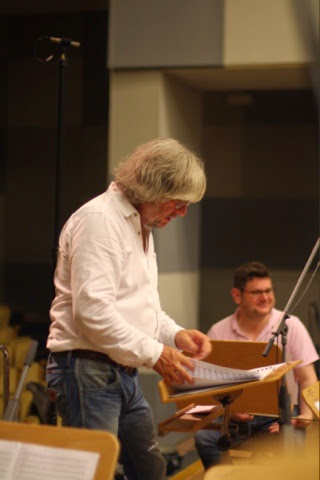 Once again, CD Accord were the sound engineers for the project - Andrzej Sasin and Aleksandra Nagórko. I adore the sound they capture on those astounding Schoeps microphones. They have a wonderfully subtle presence in the recording process and they are always complimentary, enthusiastic and grateful people. They know what they have already and what they may still need from you. I trust them and they are a great team! 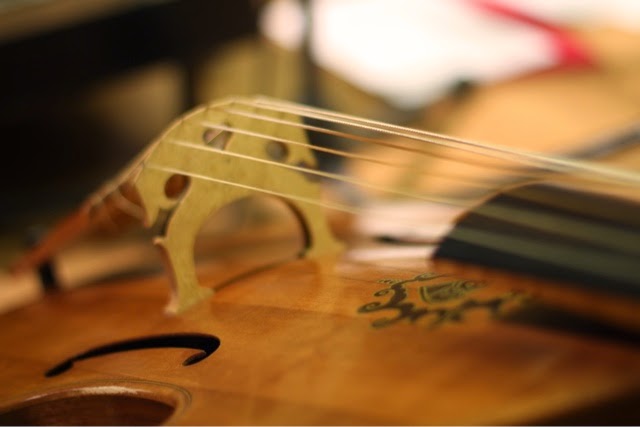 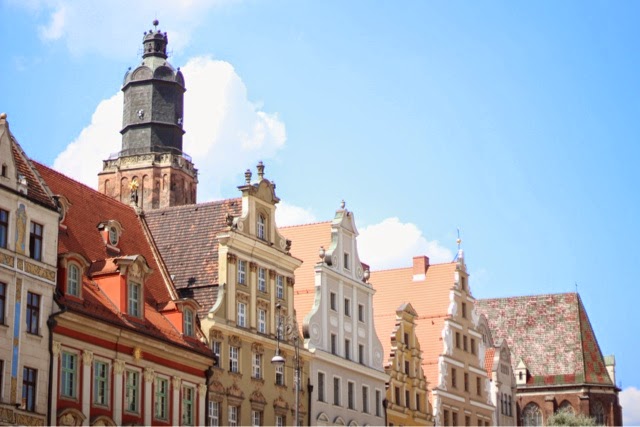 We were playing in a Meantone temperament, which had to be transposed into the key of B-flat for the Conductus Funebris. Our instruments had been made and tuned using an equal temperament B-flat as their fundamental. This is quite different to a Meantone B-flat, so it meant that we needed to shorten our second yard in order to be able to push in far enough to be able to suitably sharpen the instrument. We did this before the first rehearsal started as we suspected that we might need to adjust the instruments - so we diligently arrived early to talk to the organ tuner. We borrowed a 'piła do metalu' - a hacksaw, and measured and cut off the excess. Taking the rubber bung from the bottom of a chair we were able to swage the end of the tubing to clean up the cut from the hacksaw and make the tube round again. For a time, we really did feel like plumbers! 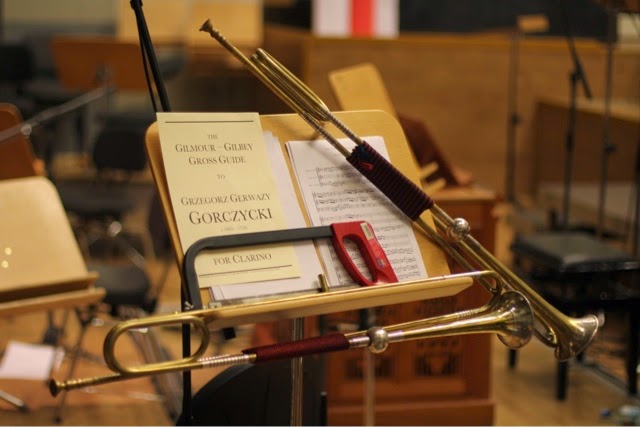 The trip was a great success, and it wasn't all work and no play... there was even enough time before our return to the UK to ascend the 'Sky Tower' in Wrocław, giving us a great view, looking North towards the old town. We also enjoyed attending the Café 'Afryika', on several occasions. It has a relaxing atmosphere and an excellent array of artisanal coffees and leaf teas. 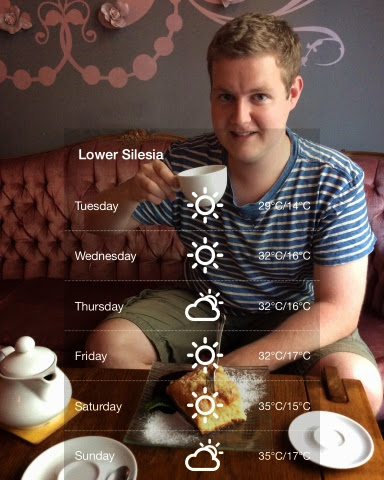